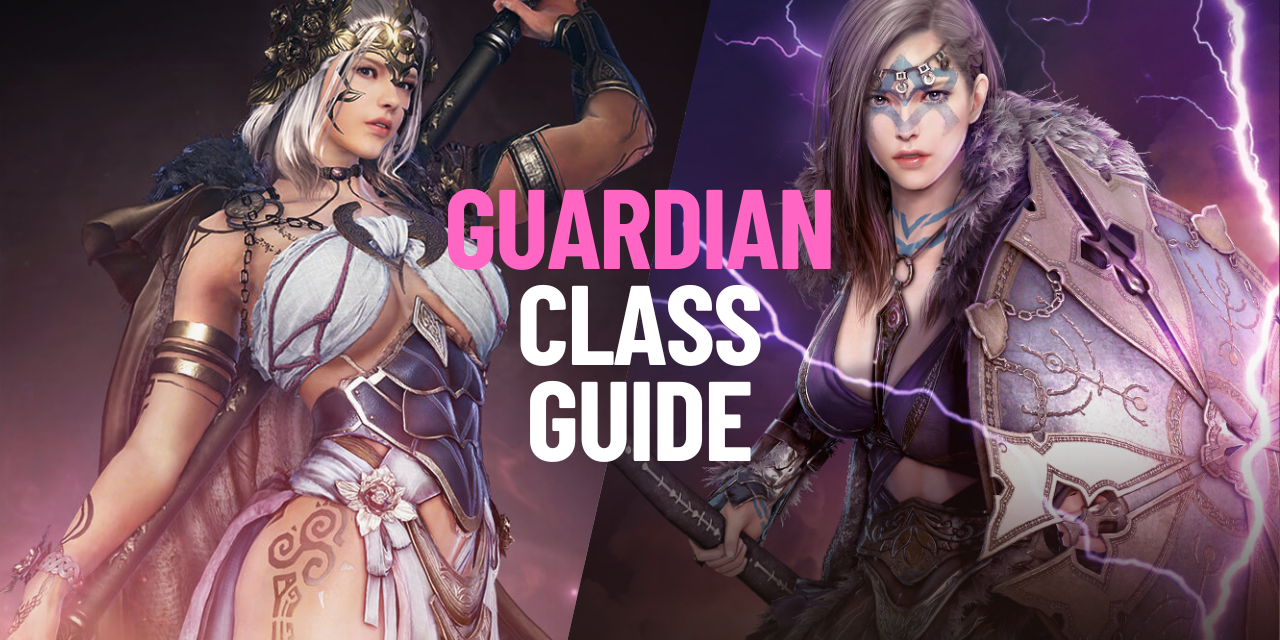 The Guardian class is a female “Viking” class and is considered to be more of a tanky “bruiser” with her heavy melee skills. She uses a one-handed Battle Axe as her primary weapon and a Shield as her secondary weapon. At level 56, Guardian unlocks her awakening skills and a new awakening weapon, which is the Jordun (similar to a Halberd weapon). Her skills and animations are quite slow but you can really feel the power behind the swings of her axe. She can also block damage with her shield and after awakening, she can focus the holy flame of dragons to set her enemies ablaze. She has lots of buffs and debuffs which make her a great addition in large scale PVP.

Guardian Succession and Awakening can be unlocked after level 56 after speaking to the Black Spirit and completing the Awakening and Succession quests under the suggestions tab.

Succession is also considered to be decent in PVP. She excels in group PVP when the focus isn’t on her and she is able to get all her damage out. For 1v1s, it really depends on the matchup.

Unfortunately, for Awakening, she is considered quite bad in PVP. Although she has large AOE and burst damage, she can do well against classes that don’t have a grab or know much about Guardian. But she has very long animations and is quite slow which makes her very predictable and easy to catch out. Someone who knows how to play against her can easily disable her with a grab at the correct time. That being said, she is also one of the easier classes to pick up with a lower skill floor and is a good starting class for new players.

Since the skill point update in late 2022, you can obtain all skills for approximately 1,000 skill points. Focus on your main skills first, then level the passives. The Weight Training skill should be leveled last since it only gives you weight limit increase. 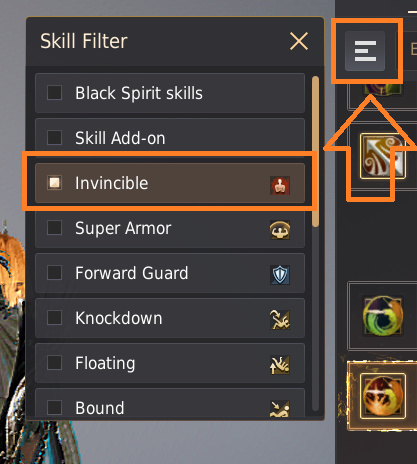 Core skills are usually down to preference but most players choose between Cleansing Flame for PVP or Glorious Advance for PVE.

You can pick either of these Rabams. They are both quite situational and it’s entirely up to you between a super armor or frontal guard. Both skills give a down attack damage +5% buff for 10 seconds. Merciless Smash has super armor, while Pulverization has Frontal Guard. Pulverization is also usually preferred for players with succession because it flows better with the skill kit.

Omua’s Circle is usually the preferred choice out of the two. It provides you with a DP +20 buff for 10 seconds and also recovers 400 HP when used. The heal is not that strong and I would only recommend getting your level 57 rabam once you have your core build already because it will cost you a lot of points to get all the skills required for it.

I would recommend Mountain’s Echo. The skill has super armor during the entire skill and is useful for mobility.

Generally, you are recommended to build Damage Reduction on Guardian.

There are a few different viable choices for both Artifacts and Lightstone combos. Guardian is the “Melee Damage” type so you want to go for Melee Accuracy and Melee Damage for offensive artifacts.

I highly recommend checking out the Guardian Class Discord for resources about your class. The class discords always have the most up-to-date information and tons of experienced players that can help with questions or gearing advice. I would like to give a shoutout to the Staff and Experienced players in the Guardian discord for all their hard work gathering resources. You can find some of their own guides below. I honestly cannot recommend enough to join the discord.