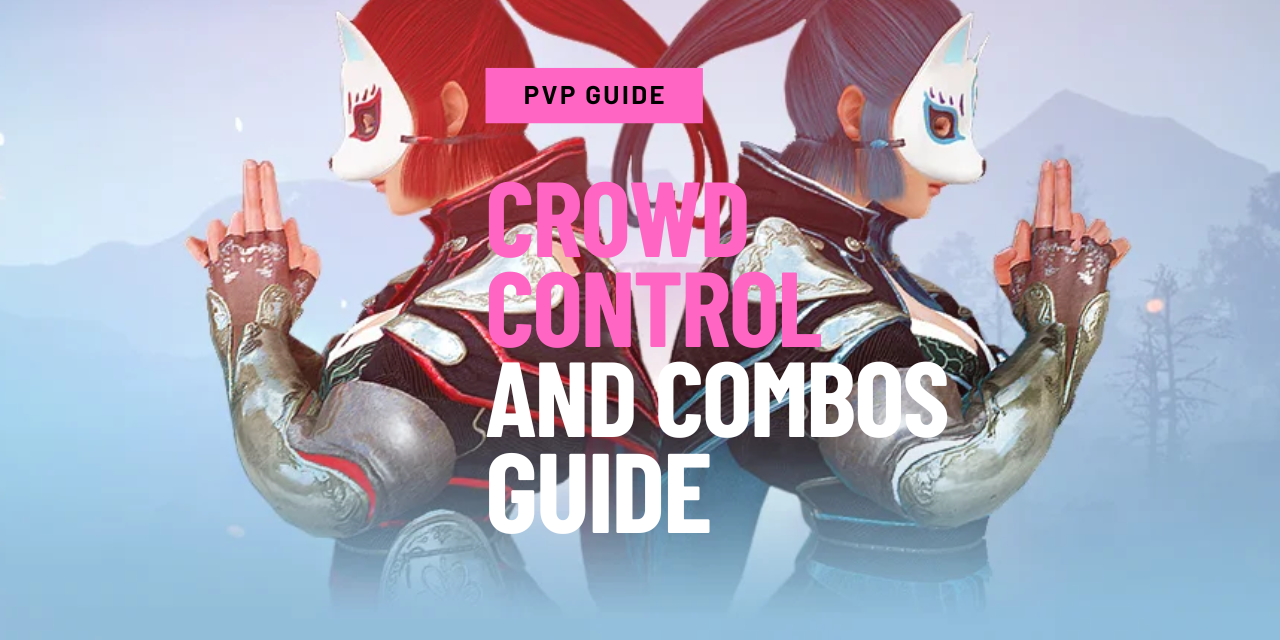 This guide will teach you all about crowd control effects (CC) and how to effectively use them in PVP combos. You will learn how to recognise different crowd controls (CC effects), protections against CC, how resistances work, and special damage types. We will then go over how to make your own PVP Combos.

There are 10 different crowd control effects that are added to skills and applied when you use the skill. It’s important to learn the animations of each so you can change your combos based on the initial CC effect.

The character remains standing but is unable to move or perform any actions for the duration of the Stun (longer duration than stiffness).

The character is knocked onto the floor and is unable to move for the duration, then rolls to get back up

Character is picked up and put into a Bound, Float, or Knockdown (depending on the skill)

Must be used when a character is already in the downed state and reapplies Bound CC.

Can only be used if:

Down Smashes have a 30% chance to succeed and this can be increased using skill add-ons on some skills.

Must be used when a character is already in the floating state and reapplies Floating CC. Air smashes have a 100% chance of success.

CC Protection is added to certain skills to completely block a CC effect when used at the correct time:

You can view your resistances by going to your character information (P) and the information is shown in the Battle Stat section. All characters have a base 20% resistance to all CC, meaning that if you are hit by a CC effect you have a 20% chance of not being affected by it.

The maximum applicable Resistance in PvP is 80%. So, even if your target has 100% resistance on their character, your attack with base Ignore Resistance will be calculated from 80%.

Ignore Resistances is a stat that you can gain with gear and buffs to lower the enemy resistances to CC.

There are special types of damages that can deal additional damage to targets on certain CC effects. You can use skills with these special damage types to maximize your damage.

Each CC effect has a “CC Count”.

Make sure to use the CC Count when creating combos and do not use two of the same effect in a row (other than down smash which can be used on repeat but has a 30% of success, so it’s not advised to spam). The order that you use the CC effects depends on the initial CC effect you land. Example Combo Variations:
(You can check the class discords for specific skill combos for your class)