One of the most common questions from BDO players is whether or not you should build Damage Reduction or Evasion.
Although the general answer is: “if you have to ask, build damage reduction”, in this guide we are going to go through the two options in detail and try to give you all of the reasons for and against both builds so you can make a more informed decision. 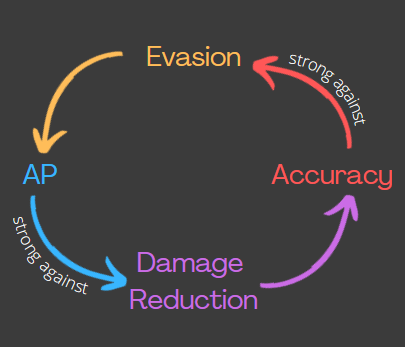 As well as Accuracy converting straight to Hit Rate %, your class skills, addons, and some buffs can give a flat Hit Rate % as well. Evasion works in the same way, with some skills giving Evasion Rate % self buffs, or Hit Rate debuffs.

Despite the name, “Special Attack Evasion Rate” is not linked to Hit Rate or Evasion Rate %. This stat works seperately to avoid Special Attack Bonus Damage (Air/Back/Down attacks and Critical attacks). You can find this stat on items such as “JIN Glorious Crystal of Honor – Special Evasion”

You can find your general stats by going to your inventory (I) then clicking the “My Stats” button. But to work out your Evasion/Accuracy Rate % from your skills, you will need to dive into the skill window, and look at the skills you use in your PVP combos to work this out yourself.

To help you visualise this better, we are going to compare the two gear sets below with the help of Garmoth.com. Feel free to play with their PVP Hit Rate Calculator to do your own testing.

When we then put a player with some Accuracy accessories against each of these targets, we see a huge difference in Hit Rate. These examples below are only based on gear, and do not consider the classes’ additional Hit Rate/Evasion Rate buffs and debuffs, or different Base Character Evasion.

Unfortunately, there is no straightforward equation for working out the relationship between AP and Damage Reduction. So it is hard to know exactly how much Evasion Rate % is needed for Evasion to become superior to Damage Reduction.

When considering whether to go for Damage Reduction or Evasion armors, you need to check whether Evasion is even considered viable on your class. 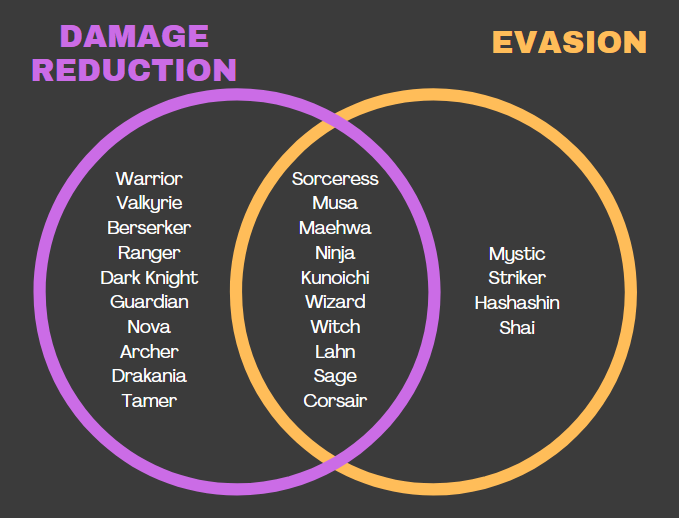 If you are one of the classes where Evasion is either really good, or at least viable for you, then you now need to work out if it’s the best option for you and your playstyle.

Even if you are a class where Evasion works well (such as Striker), you don’t HAVE to build Evasion if you don’t feel like it fits your playstyle.

These are considered endgame/hardcap builds and accessories. Until you reach high AP (301 – 309) you will mainly be going full AP and won’t really be using DR or accuracy accessories. Also, these builds are examples only and there are far more options and different combinations available.

This build example is popular on classes that are full glass cannon and is one of the more common builds. Players will reach high AP and then start swapping accessories such as TET Distortion Earrings/Tungrad Earrings, for Dawn Earrings since they are high in accuracy. After reaching high accuracy and high AP, crystals can be swapped for human damage. 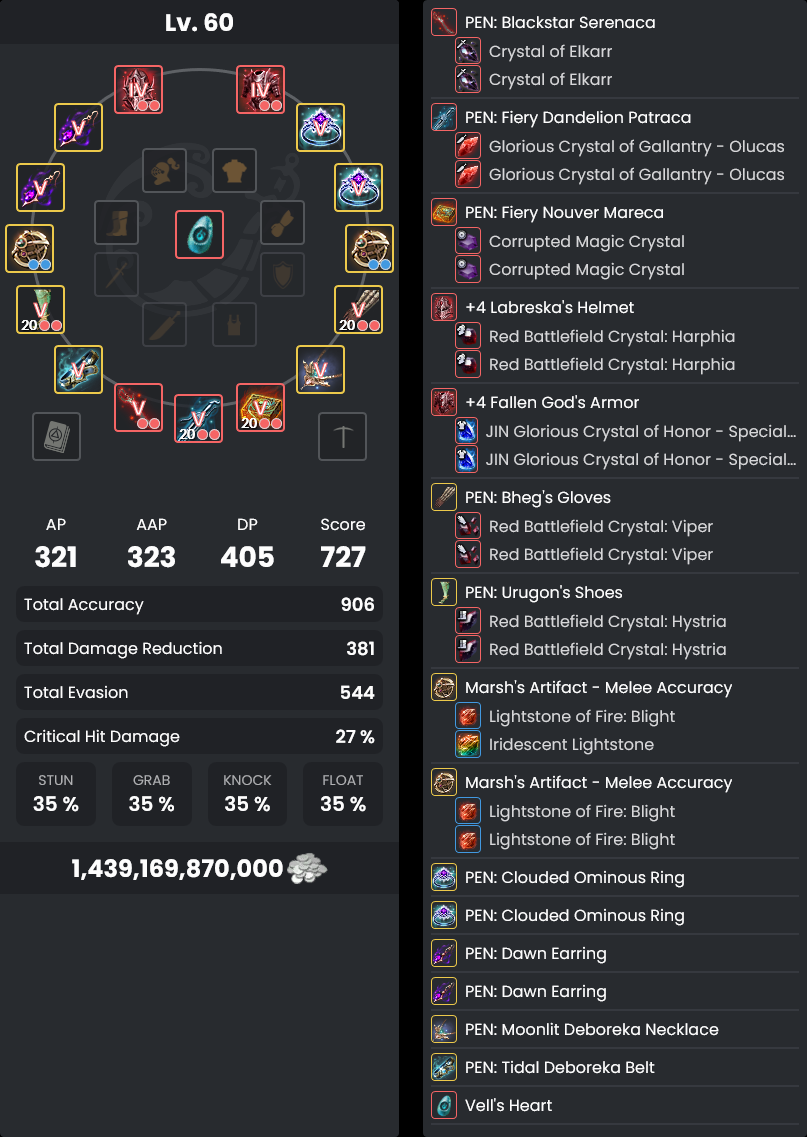 This build is popular on classes such as Warriors, Berserkers, and Valkyries. It is also viable on many more, who want a little more tankiness and don’t rely on accuracy as much as other classes due to high Hit Rate % on their skills. 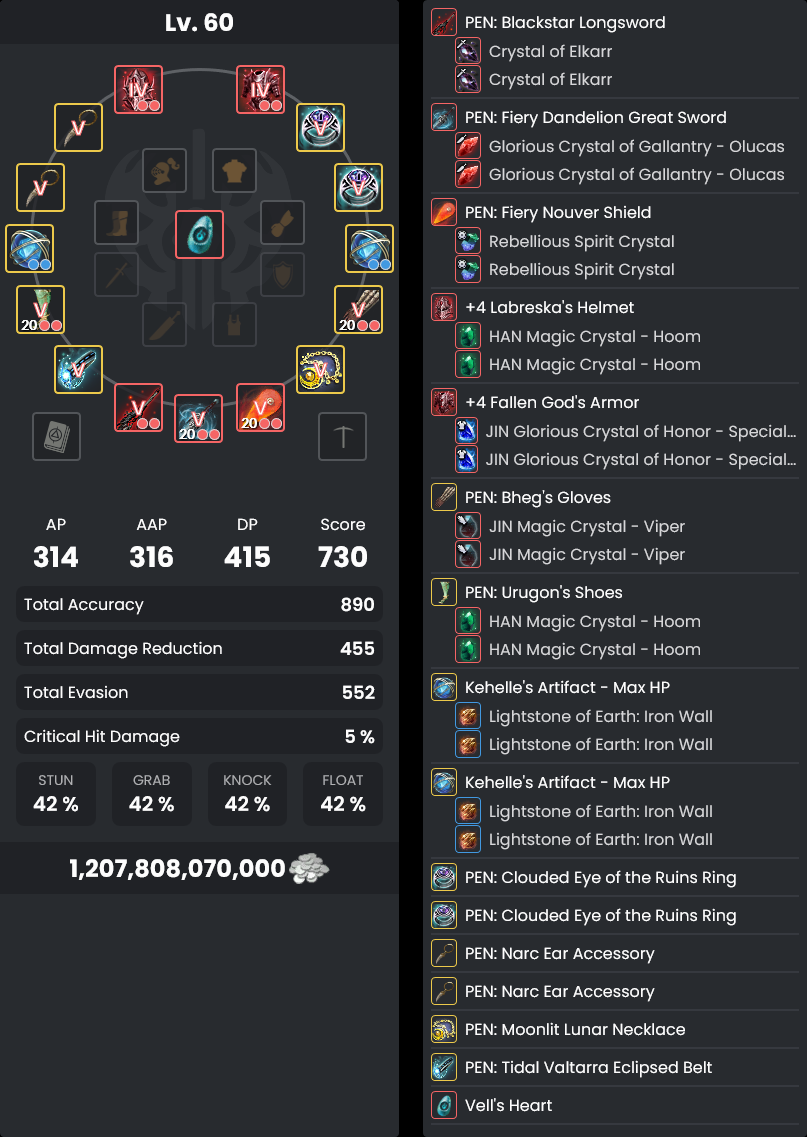 This build is an example of what gear an evasion player will go for. Evasion players tend to go for PEN Distortion Earrings to make up from the loss of AP by running Kutum. It works very well on classes like Striker and Mystic, since they don’t benefit from extremely high AP as much as other classes do. For more AP instead of Acurracy, run Tungrad Rings instead of Ominous Rings.

If they would like to be tankier, they can swap the belt for a PEN Centaur’s Belt, and the necklace for a PEN Sicil Necklace. However, this would greatly decrease their damage. Finding the right balance between tankiness and still managing to kill other players is where evasion becomes really strong. 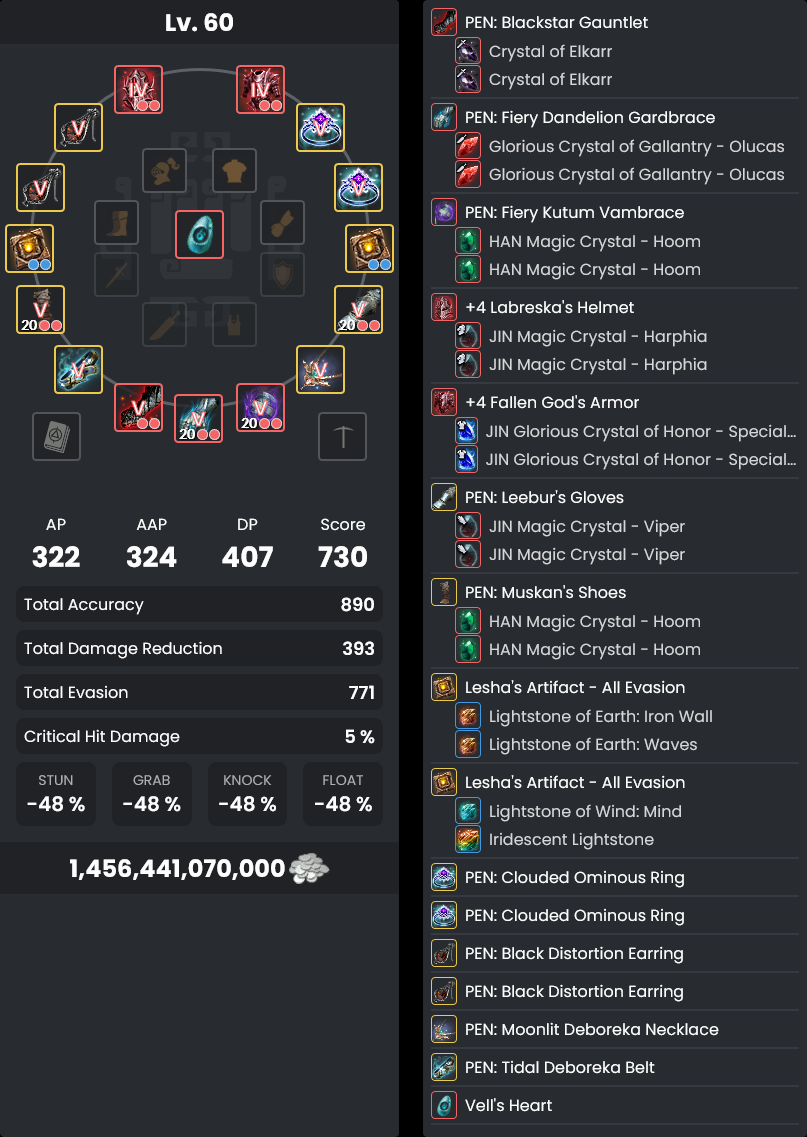 The aim of the full DP build is to completely disregard all your damage with the goal of becoming very tanky. This build is only common on Shai, or in certain situations, such as a Berserker who wants to be a grab bot. There are different variations of this build, with different goals, but this one is the more consistent version that utilizes both Evasion and Damage Reduction. If you want to go FULL evasion then you would simply swap the Cadry Rings for Hesus Rings. 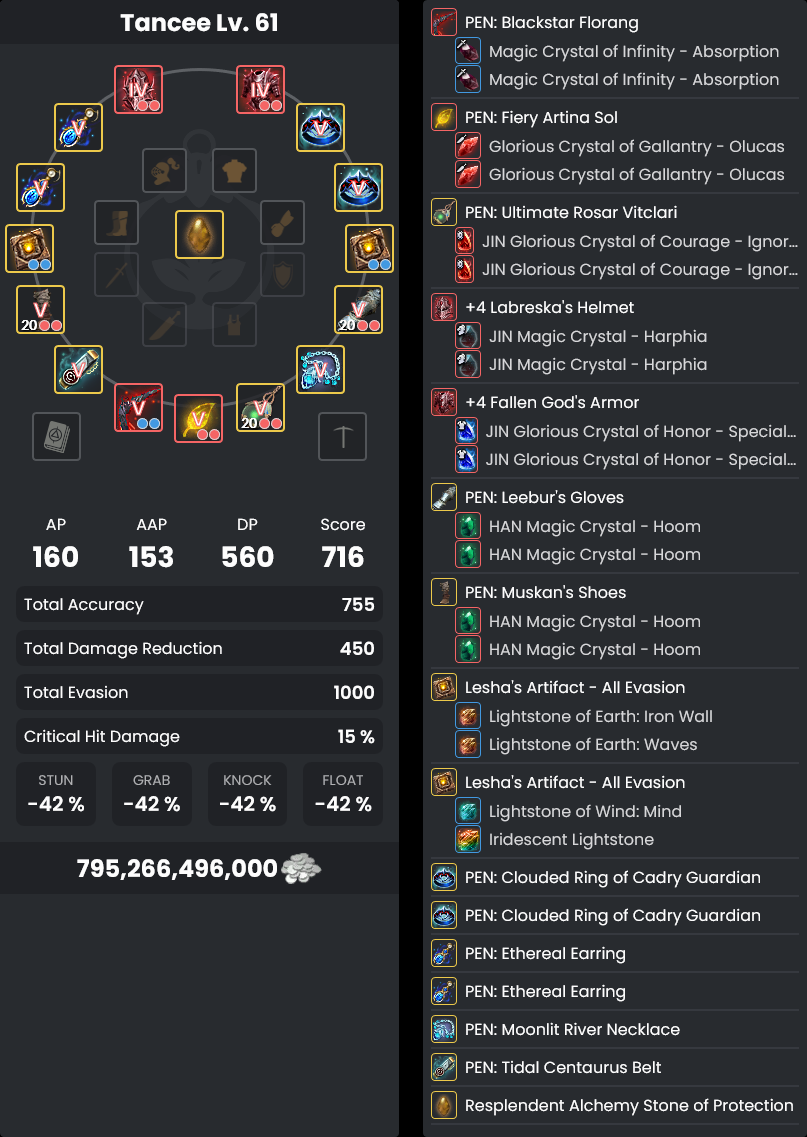 Damage Reduction, AP, Evasion, and Accuracy are always on a neverending loop of countering each other. Building with the sole purpose to counter one of them, with leave you vulnerable to another. This means that the build meta in the game is forever changing as well.

In the current meta, there is far more choice in accuracy accessories, and some players are reaching the final AP brackets, allowing them to start building accuracy with less downsides. At the same time, the amount of Evasion you need to begin to feel tanky is rising. That being said, when you reach endgame and are fighting other players that have started to build more accuracy, players often feel that Evasion is still tankier, or at the very least, on par with Damage Reduction builds, but has the option to build more tanky as needed. On the other side of the coin, Damage Reduction has the option to build more offensively if needed.

The biggest issue with Evasion is that it can have very high highs and very low lows. Coming across an “AP monkey” as an Evasion player can make you feel godlike, but at the same time, if you don’t have enough of it you can suddenly be very squishy.

At the end of the day, the main things you need to consider is whether or not Evasion meets your playstyle and is viable on your class.