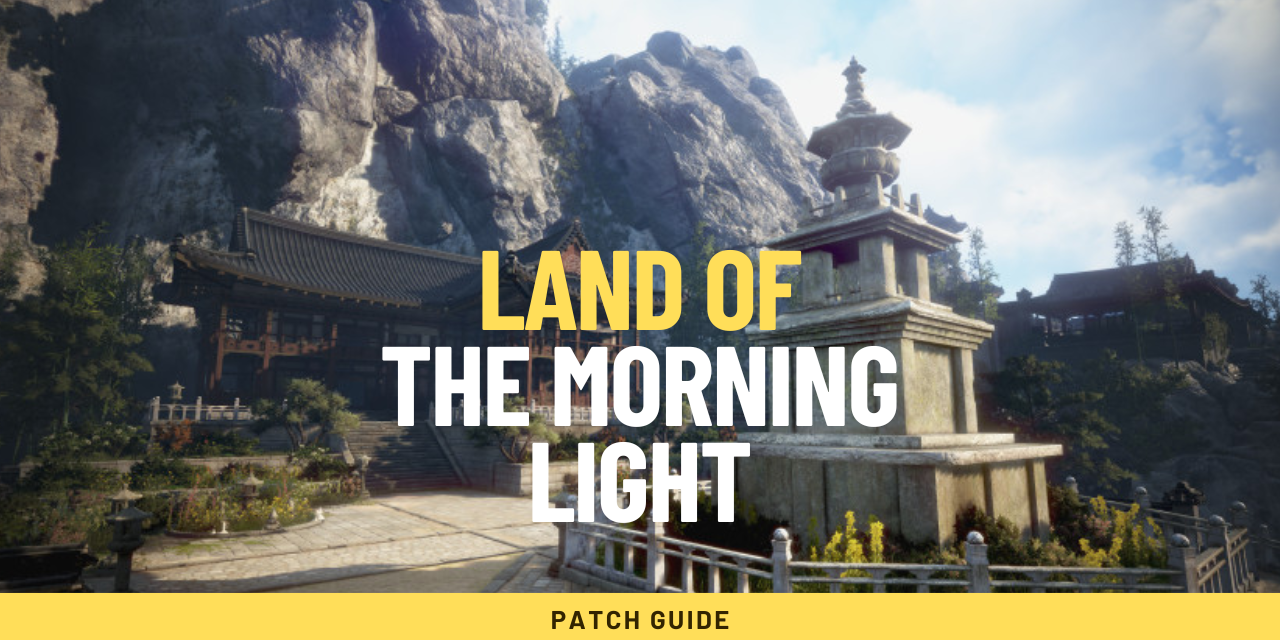 Land of the Morning Light is a new BDO region expansion that is aimed to come to Korean Live servers in February 2023, with a global release shortly afterward due to localization.

Land of the Morning Light is the expansion to the land on the Haso Continent across the seas, behind what we currently know as Port Ratt and homeland of the Musa, Maehwa and Lahn classes. Now players will finally be able to explore the land behind this little town. The new region looks to be around the same size as Kamaslyvia. It has been talked about by Pearl Abyss for many years, but was officially first teased at Heidel Ball 2022, with more information being revealed at Calpheon Ball 2022.

You can check out the new region on our Interactive Map! 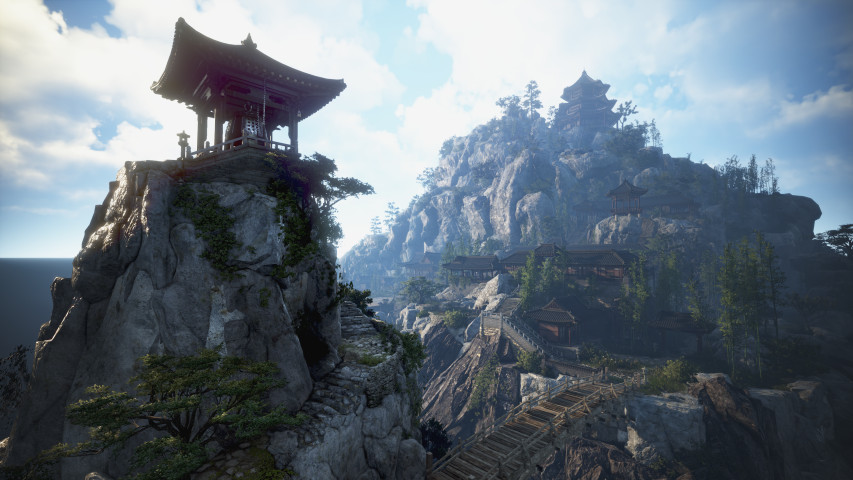 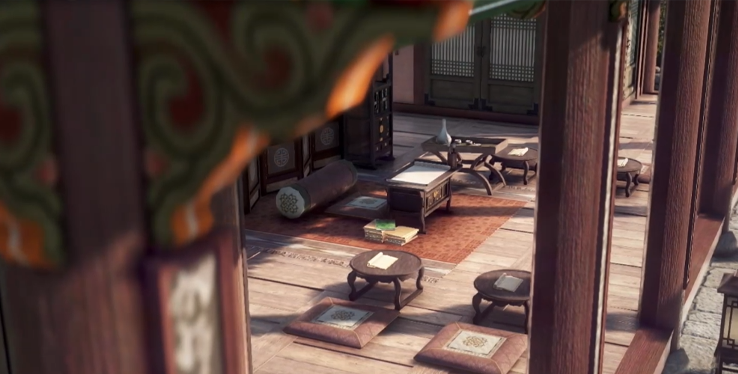 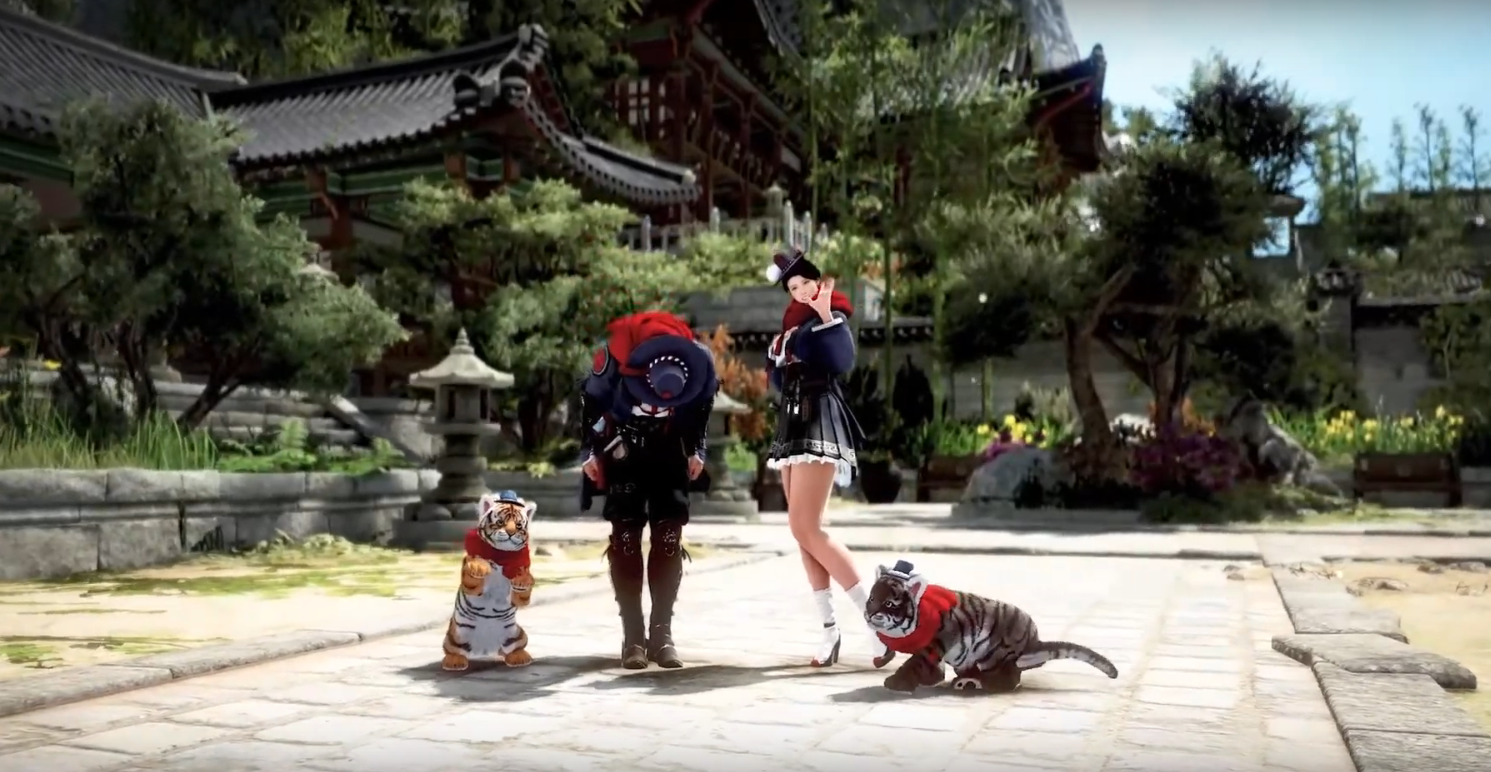 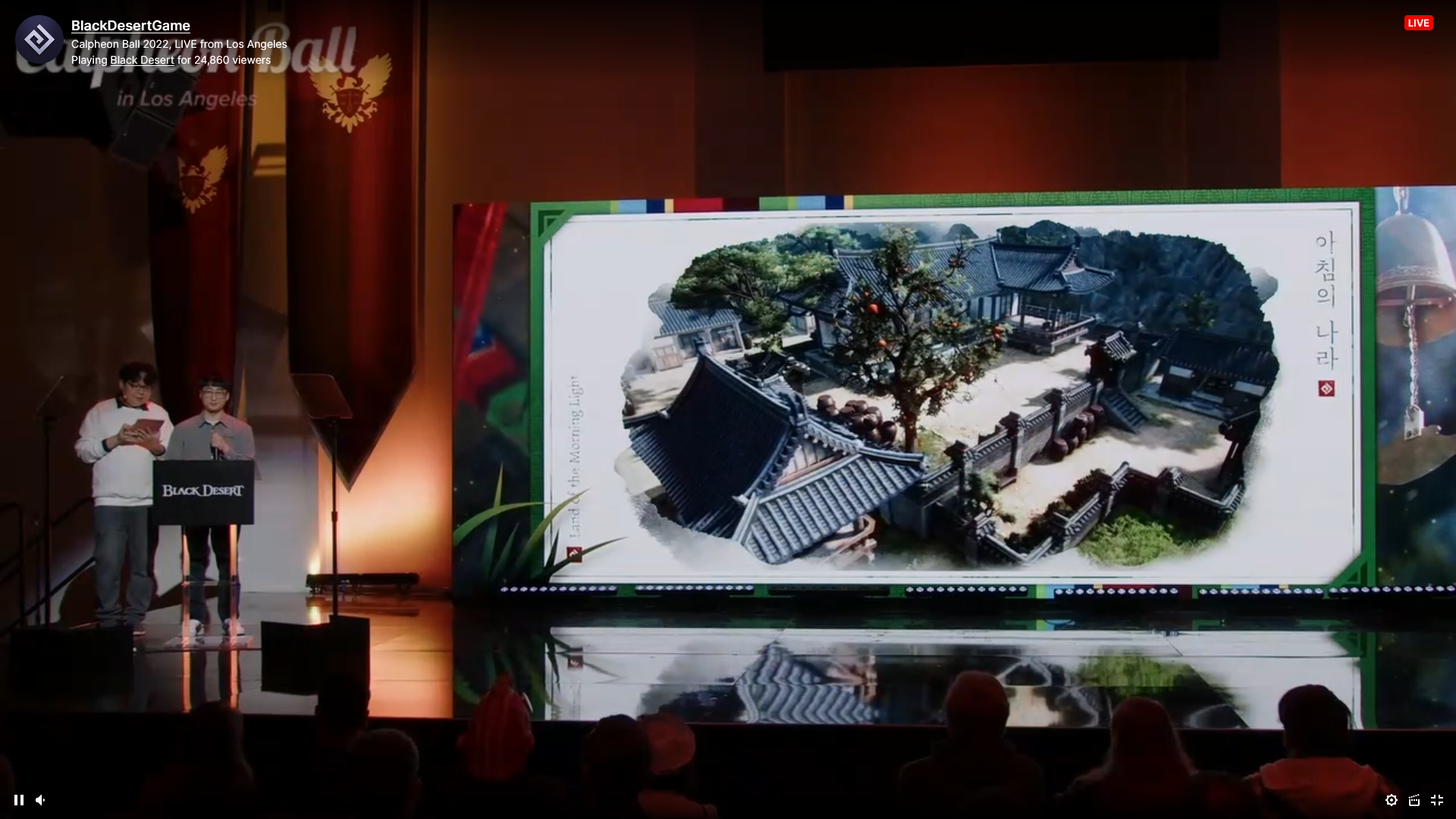 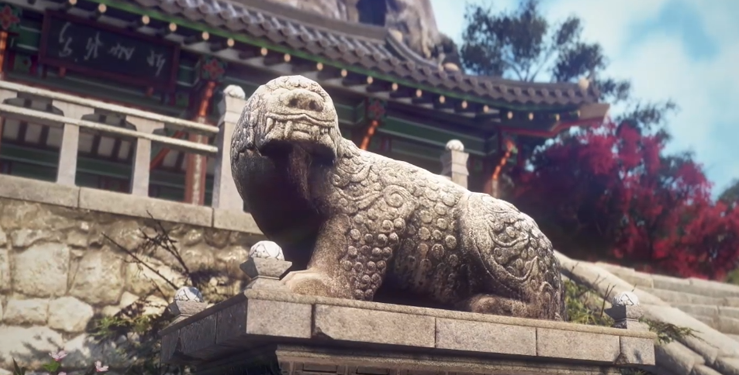 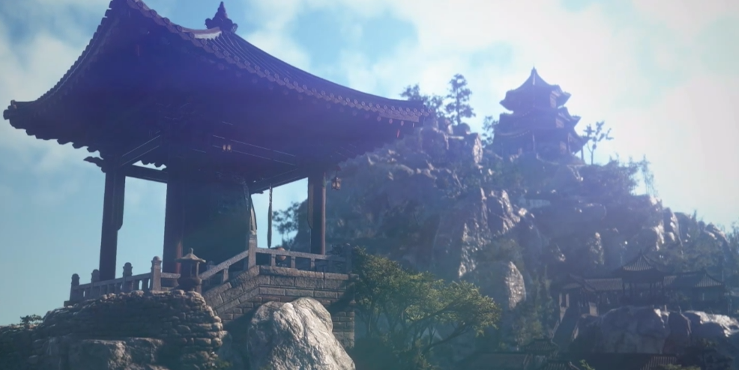 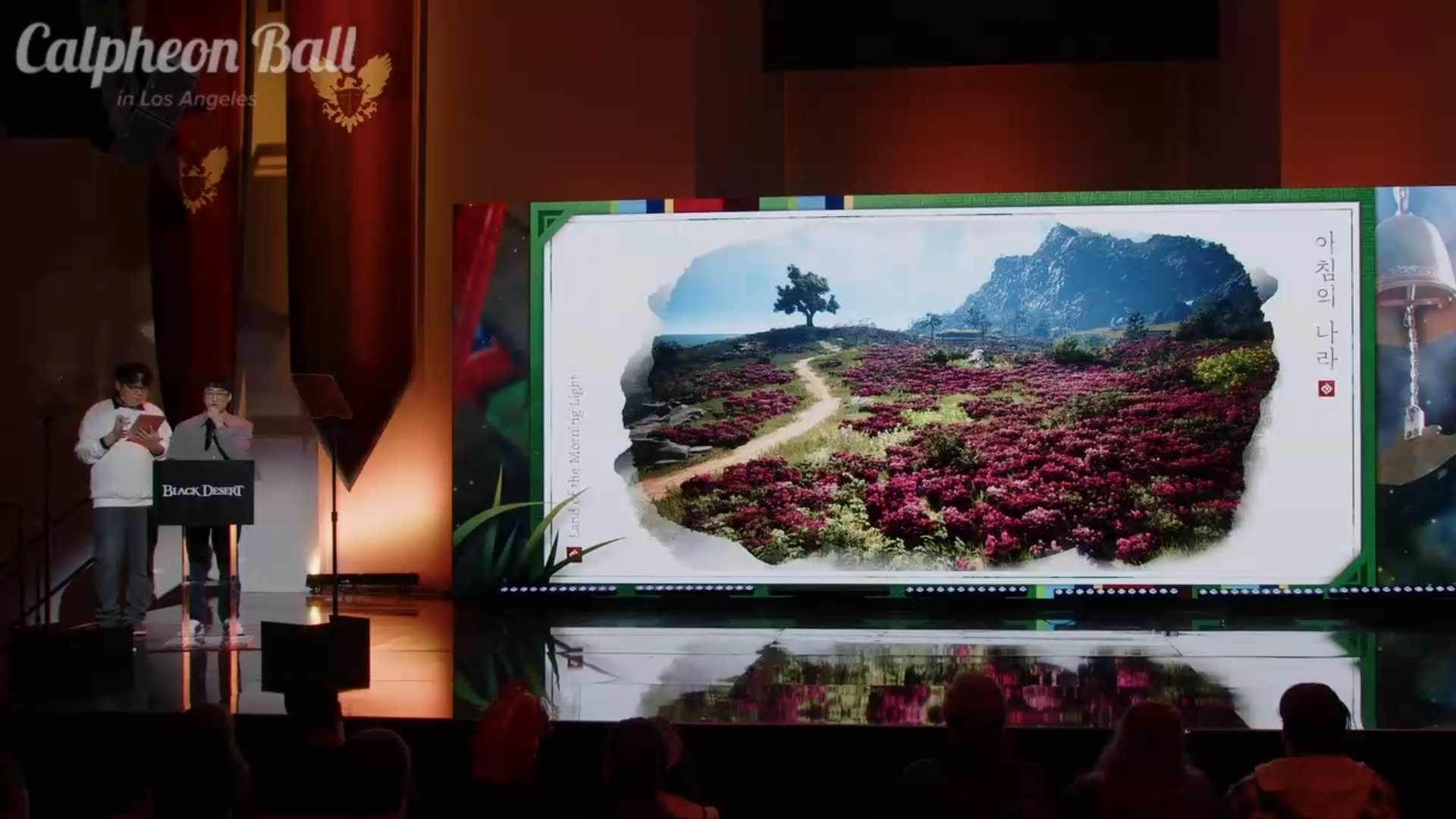 The location previously known as Port Ratt has now been transformed and renamed to Nampo Harbor.

The story quests will be full of Korean folklore and unlike other story quests, players will be able to choose their own path in the story. The Land of the Morning Light splits off into its own story, giving a break from the main plot of Ancient Relics and Illezra the White Witch. Adventurers will find themselves swept up into an incident with Dolswe, leading you to be under the watchful eye of Lee Duksoo, Warden of the Donghae Province.

Unlike previous regions with linear stories, Adventurers will be searching for information on their own and deciding where to explore based on those findings. For example, Adventurers will gather information from the town regarding a monster that eats people’s livers, and follow that information to discover who the Gumiho is, and how to solve that case.

The story will not have linear progression like in the past, and there are actually 2 different endings for each story. The ending you choose will be stored in your new “Story Book”, along with illustrations from your journey. One of the main characters in the story is Yeonghwa. Adventures already met her in the Magnus, but it appears she already made it back to her homeland before us.

New races are being introduced with the additon of Land of the Morning Light. The first is the Horang, which are similar to the Fadus we know from Kamaslyvia. 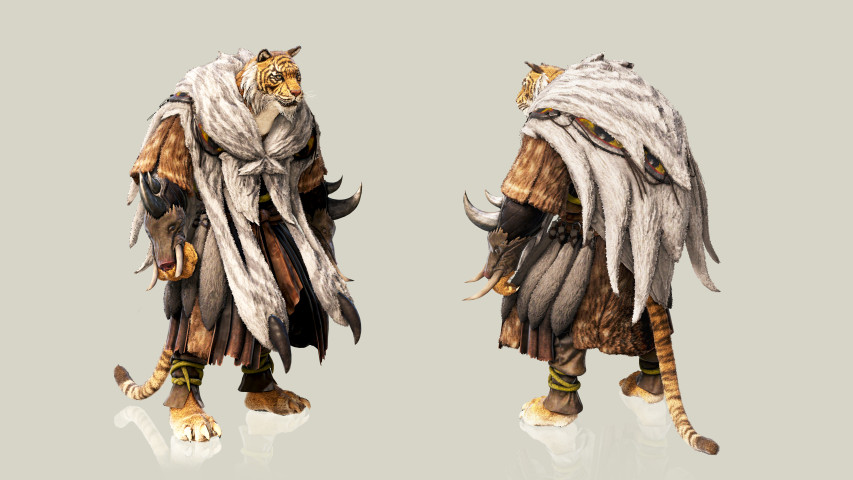 There are also the Hare and Tortoise Folk, which are similar to the Otter and Papu races.

Unlike pervious regions, the Land of the Morning Light will not have the traditional grind spots. This new region will instead have various bosses.

There are various different bosses (8 in total) and each one has complicated mechanics and strategy. Some examples of these new bosses are the Gumiho, Songakshi, Duoksini, the Bamboo Legion and the Changui.

All the bosses are designed to be solo-able, but Pearl Abyss has gained experience while developing Atoraxxion, and these new bosses can also be defeated in co-op with your guild. The guild versions of the bosses have different attack patterns and mechanics from the solo version. 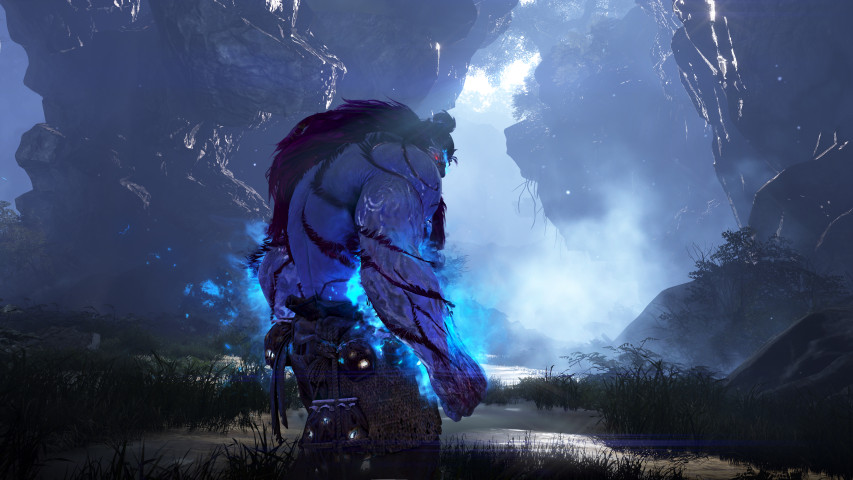 There are new items also introduced in the new region, the first is the “Dahn’s Gloves” which are the Fallen God/Labreska equivalent for the glove armor slot.

At the Heidel Ball 2022, Pearl Abyss announced that there will be 2 different pieces (like Bhegs/Leeburs), that you can switch between for Damage Reduction or Evasion.

There is also the “Bonghwang’s Tear” which has lots of item effects and is a new best in slot crystal. However, you can only equip one Bonghwang’s Tear in your Crystal Presets, and there will be a new dedicated crystal slot to unlock especially for this new crystal. 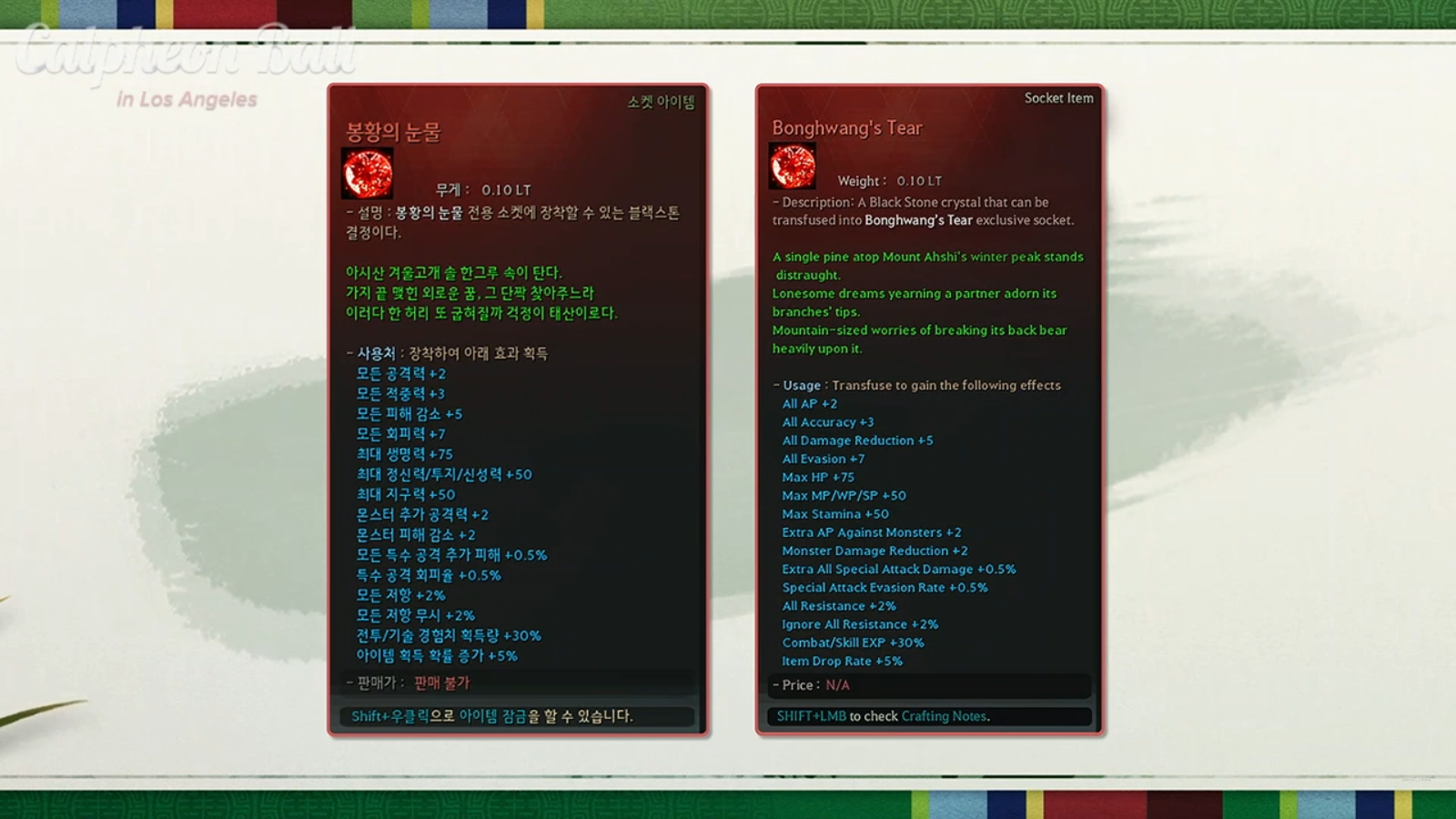