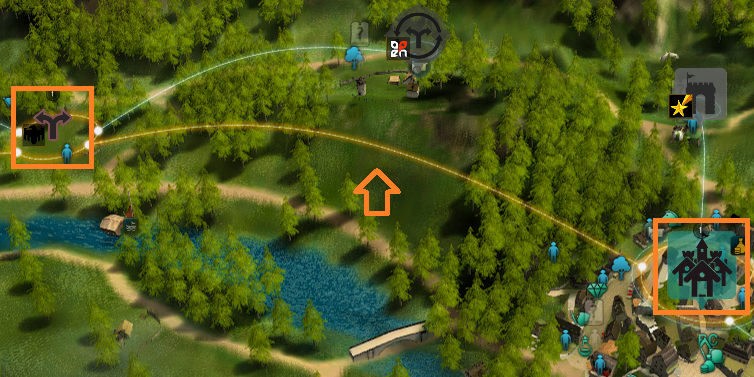 Nodes are locations on the map which will unlock once you discover that area for the first time. Nodes can be connected to each other, using Contribution Points. Connecting nodes together are required to make a decent profit from trading, and can unlock the ability to have workers gather resources for you from a node. A node connection is often referred to as a “worker empire”.

You can also invest energy into a node and level it up to give additional bonuses such as an increased item drop rate when killing monsters at that particular node. or higher chances of success when having conversations with the NPCs in that town.

There are currently two categories of Nodes. These are: Adventure Nodes and Resource Nodes. Adventure nodes have a “Node Manager” NPC which is used to connect nodes together and provide information about the node. You can click the icon of an Adventure node to reveal the housing options there and also view any Resource nodes that may be there. Resource nodes are nodes you can then invest in seperately to send your workers to and they will gather the resources at the node.

How to connect Nodes

When connecting nodes  you must start from certain Towns or a City you have discovered, then work your way out. Cities and some Towns are automatically invested in already and don’t cost any contribution points. Adventure Nodes that can be connected will have a white line from one to the other. Nodes that are currently connected will have a yellow line joining them together.

To connect nodes you must first go to the Node Manager NPC. To find the node manager you can right-click the node icon to set a pathfinder. Once you are at the node manager, speak to him/her and press “Node Management”. 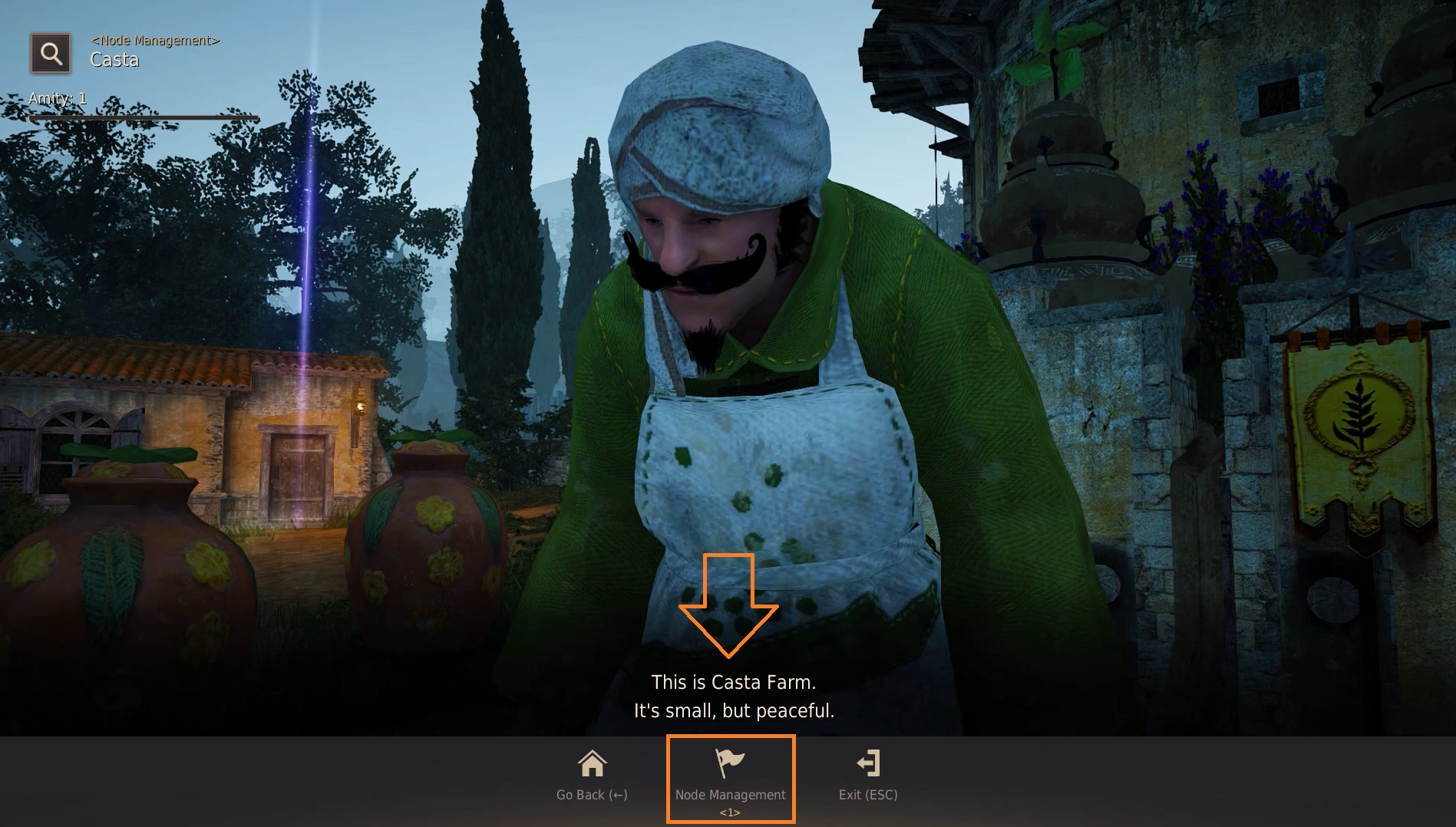 This will open the map and show any Resource nodes that the adventure node also has. If there are nodes you haven’t discovered that can also be connected to the node you are at, the locations will be shown on the map.

In the top left corner a window will appear showing all the node information such as the territory and node managers name. It will also show the amount of contribution points it will cost to invest in the node.

If you have a value pack running, you do not need to go to the Node Manager and can simply open the map and left click a node to open this window and invest in it directly, but this will cost 10 energy per node. 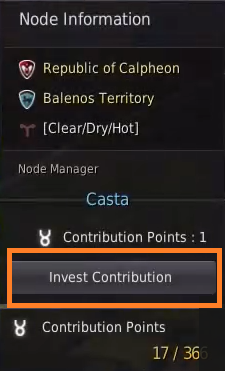 To cancel the connection between nodes you can open the map at any time, click on the node icon, then click “Withdraw”.  If you withdraw Contribution points from a node, you will lose the current node level and it will go back to 0 if you invest in it again at a later date. 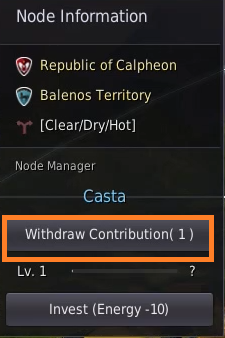 Sometimes you can also get an error when trying to withdraw contribution points from a node. “You Cannot retrieve Contributions Points from the Node while the Worker is working” will show if you have a worker currently at the Resource node. It can also appear though if you have a worker from another town/city that must pass through the connected node. So for example, if you are sending a worker from Velia to Heidel, you must have Velia and Heidel connected in your worker empire and cannot disconnect a node which is linking the two, until that worker has stopped working. If you receive the error, you will need to follow your node connections from the node you want to withdraw from and see if there are any workers who must pass through the node.

Once you have invested in a node, you can click the node again to further invest into it using energy. Each time you invest energy it will cost you 10 energy and will increase the exp of the node. The highest level you can get to is level 10 and requires a total of 3200 energy to get there!

If the node is a town or city, then leveling up the node will give you an advantage when making conversations (Amity) with NPCs in that particular town.

All other nodes will have their item drop chance increased for the monsters you kill at that particular node. For example, at a level 10 node you have a 50% item drop increase but it is only triggered for 10% of the monsters deaths. So the buff will only be applied every 10 mobs you kill.

All of this information can be found by hovering over the question mark (?) next to the level of your node. 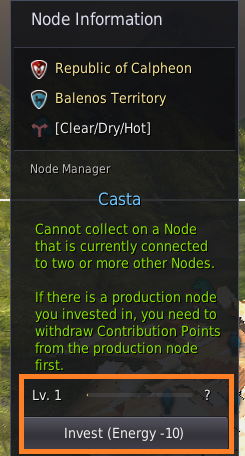 Check out our BDFoundry Interactive Map for all of the nodes up to and including the O’Dyllita update.