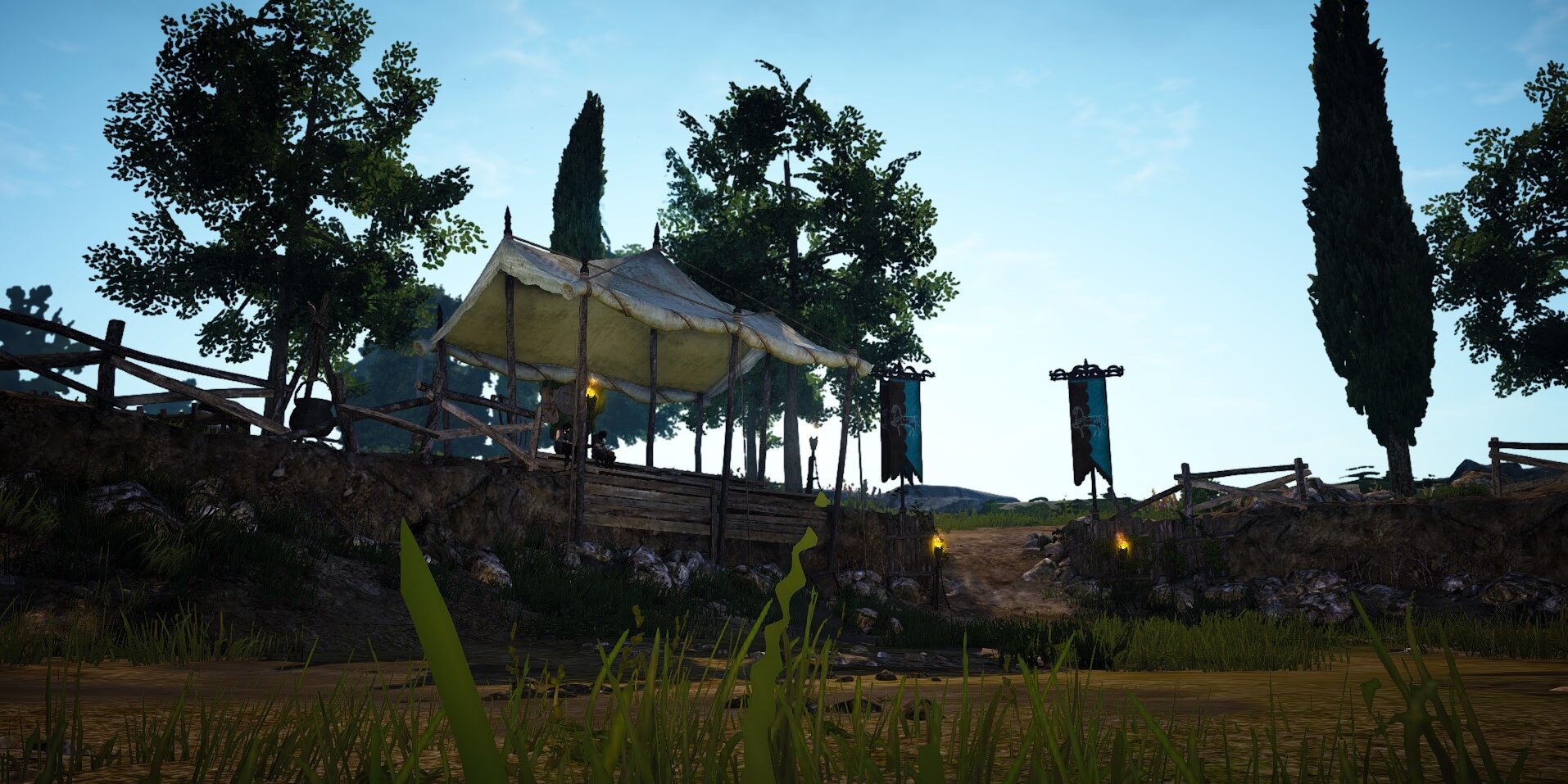 Today (26th October 2015) the official EU/NA Alpha testing began! Alpha lasts for 1 week with 2 separate servers for EU/NA which are up for 12 alternating hours of the day. There were 5 available classes: Warrior, Sorceress, Ranger, Giant (renamed Berserker) and Wizard. Definitely not what we were expecting but could this be a hint that we will have a recent build? Premium hairstyles were also completely unlocked so they may be available for free in the B2P model. There is no real proof or source that this is true but it’s looking that way. Costumes remained a Pearl Store purchase.

I am only going to be playing on EU, for today at least, so the following is based on my experience on the EU server.

The day started well, I woke up about 2 hours before the servers opened (time zones messed me up a little) so I was spamming the launcher and managed to get in as soon as it was up. Some people had issues logging in but soon enough the game was full of players. Around 1-2 hours in there was a slight problem causing, what seemed like everyone, to disconnect with the error message “Suspicious software detected”. I had to go to a lecture around the time that this was going on so I’m not exactly sure what happened but I can say that within 30 minutes of this problem arising, DAUM where already looking for a fix. When I got back from my lecture, an hour later, the server had been brought down for 30 minutes (exactly how long which was specified and not a second longer). After this short maintenance all issues with lag and disconnecting were resolved and there were no further issues for the rest of the day. So far I’m very impressed with how DAUM has quickly dealt with the issues. 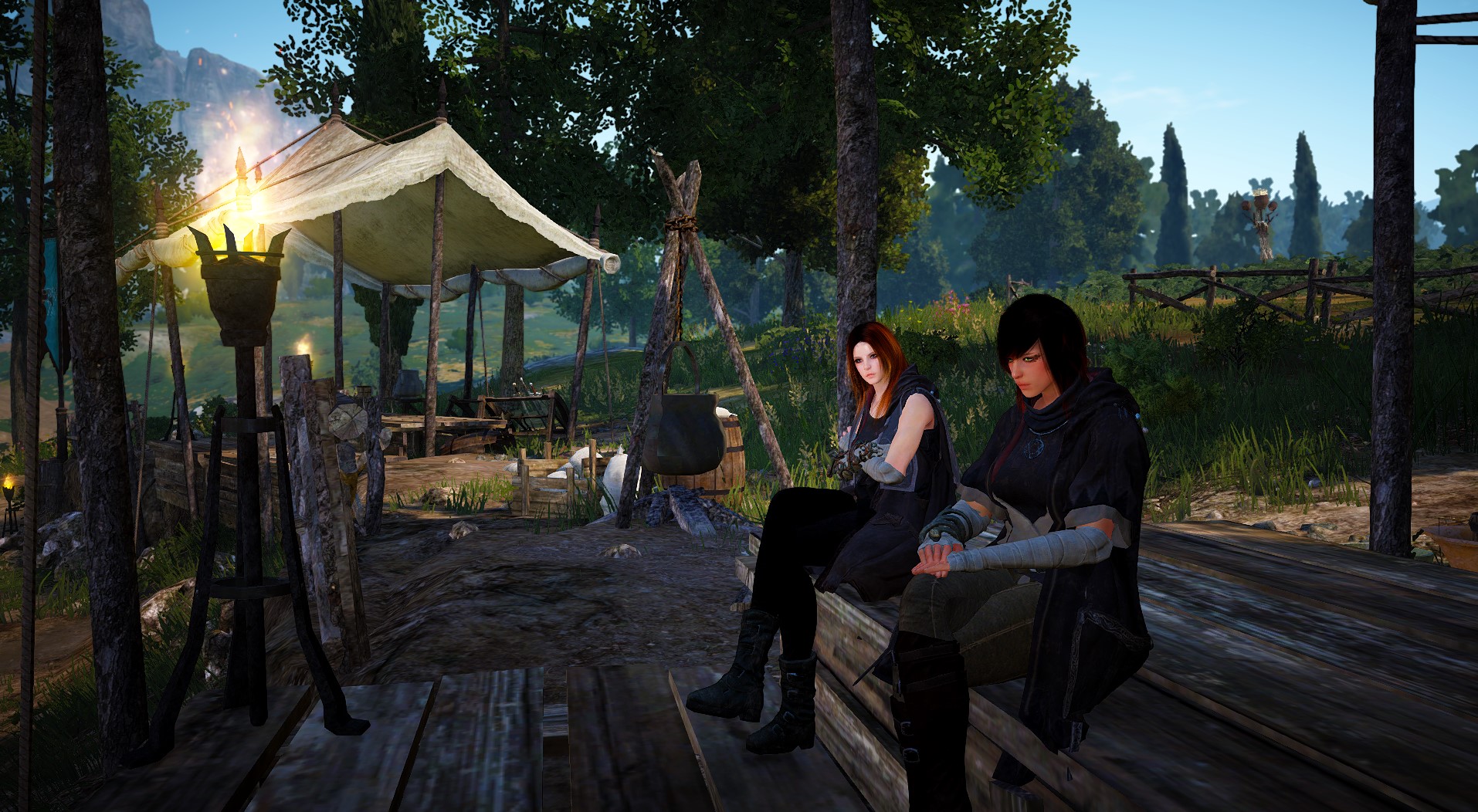 I originally hoped to be around level 25 by the end of today and possibly even level 30 but somehow got distracted along the way and ended up at level 20. I spent most of the day actually in arenas with Lily from blackdesert.hu which was a lot of fun since we had both never played Sorceress before! Make sure you check out the website for a video of me getting destroyed in some PvP >.>

Due to this I didn’t really get to try out PvP and test the penalties, but there were plenty that did and karma has been adjusted! In this build you lose 60k Karma for killing a player (just like RU – 200k loss in KR). However, the amount of mobs you need to grind to increase your karma again has not been changed and is the same as Korea. I’ll test this for myself later this week but it seems this may need to be tweaked slightly. It might be alright when you reach level 50. I’m just glad that they have made adjustments to the penalties.

Which build do we have? How far behind Korea are we?

I was actually really surprised by how far along the alpha was. It seems we do have a quite recent build, probably only 4-6 weeks behind Korea. The Wizard class was available to play but not Witch. Tamer, Valkyrie and Blader were also not available which was really interesting and quite disappointing considering that all 3 of these classes came out in KR and RU before Wizard. I also noticed a fairly recent feature in Korea which was available in alpha, this is the ability to set auto-run infinite loops. Everything so far is hinting that we aren’t going to be too far behind Korea in patches. Of course this is alpha and everything can change, but so far the game looks like it is almost ready for launch. It definitely looks more like it’s at the OBT stage than alpha. 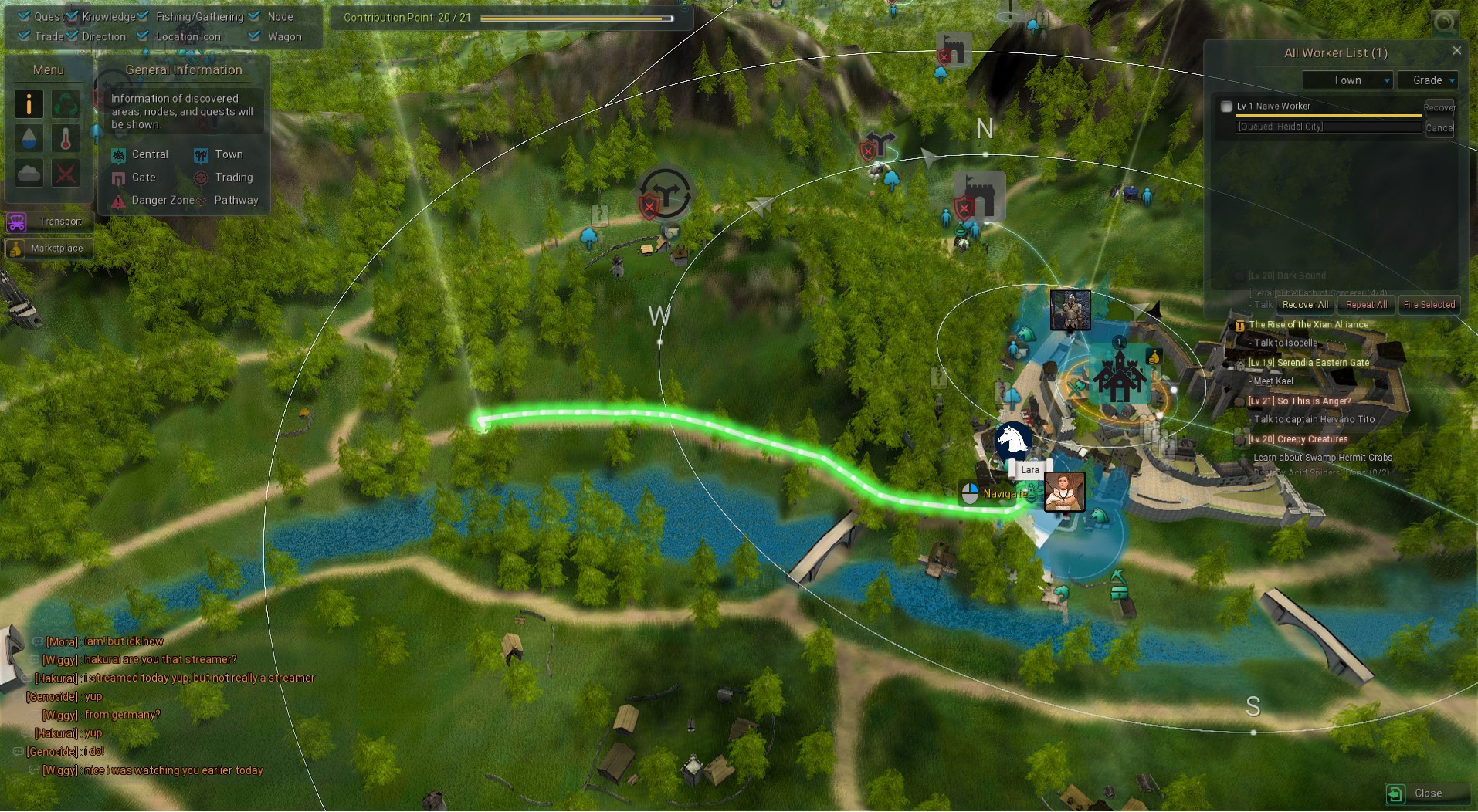 The only obvious bug I found was a visual bug when using social interactions. If you press enter to open chat the click the “S” button you will open all of the social commands. I found that if you use the flag command, then use another command straight after the flag will still be shown floating until the social interaction ends. It will then disappear. This happened to two of us, multiple times and has now been reported on the forums. Aside from this I honestly haven’t found anything else. 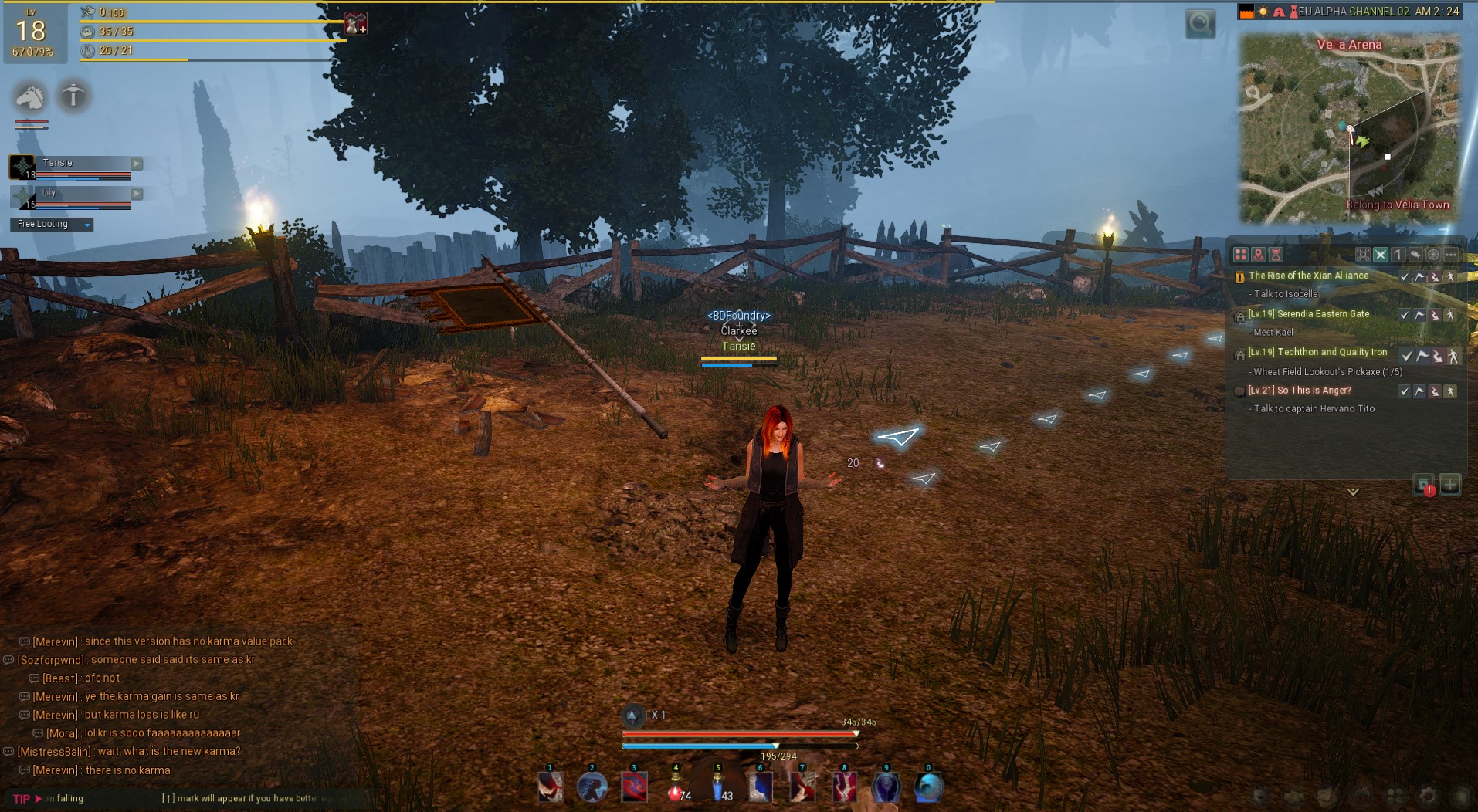 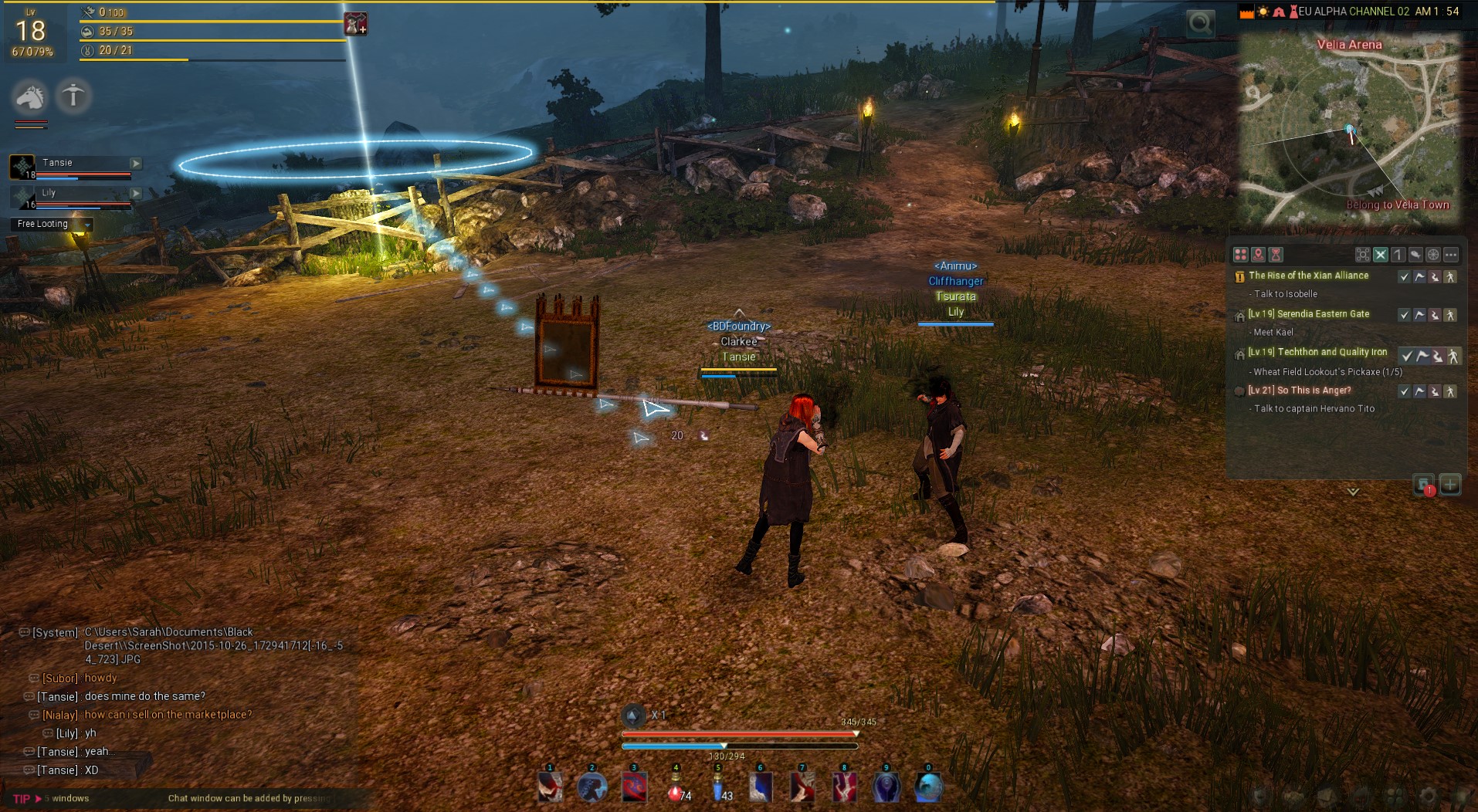 Other things that need changing

I will not be going into the usual “we want dungeons/raids”, “player trading”, “it’s p2w” etc. Instead I want to talk about small specific things that I personally think need changing. As of right now the only thing that I’m finding kind of annoying is the font choice. It seems too small and perhaps too thin. Decimal/period/full stop doesn’t show up well and as you can see in the image below. 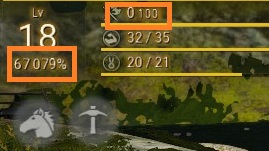 So far I’m extremely impressed with how smooth today has gone. I was honestly expecting everything to go wrong and any problems were quickly fixed with lots of communication between the players and DAUM. I’m looking forward to tomorrow and will hopefully get to level 30 and start doing some PvP!