Pit of Undying is a new PVE arena added to the game on 22nd July 2020. More information will be added as we test this new feature!

To unlock the arena you must first complete a questline. You must be over level 56 and speak to your Black Spirit to receive the questline [Crow’s Nest] A Strange Tale from the Great Ocean. You will need a boat to be able to complete this questline.

Completing the questline rewards you with: 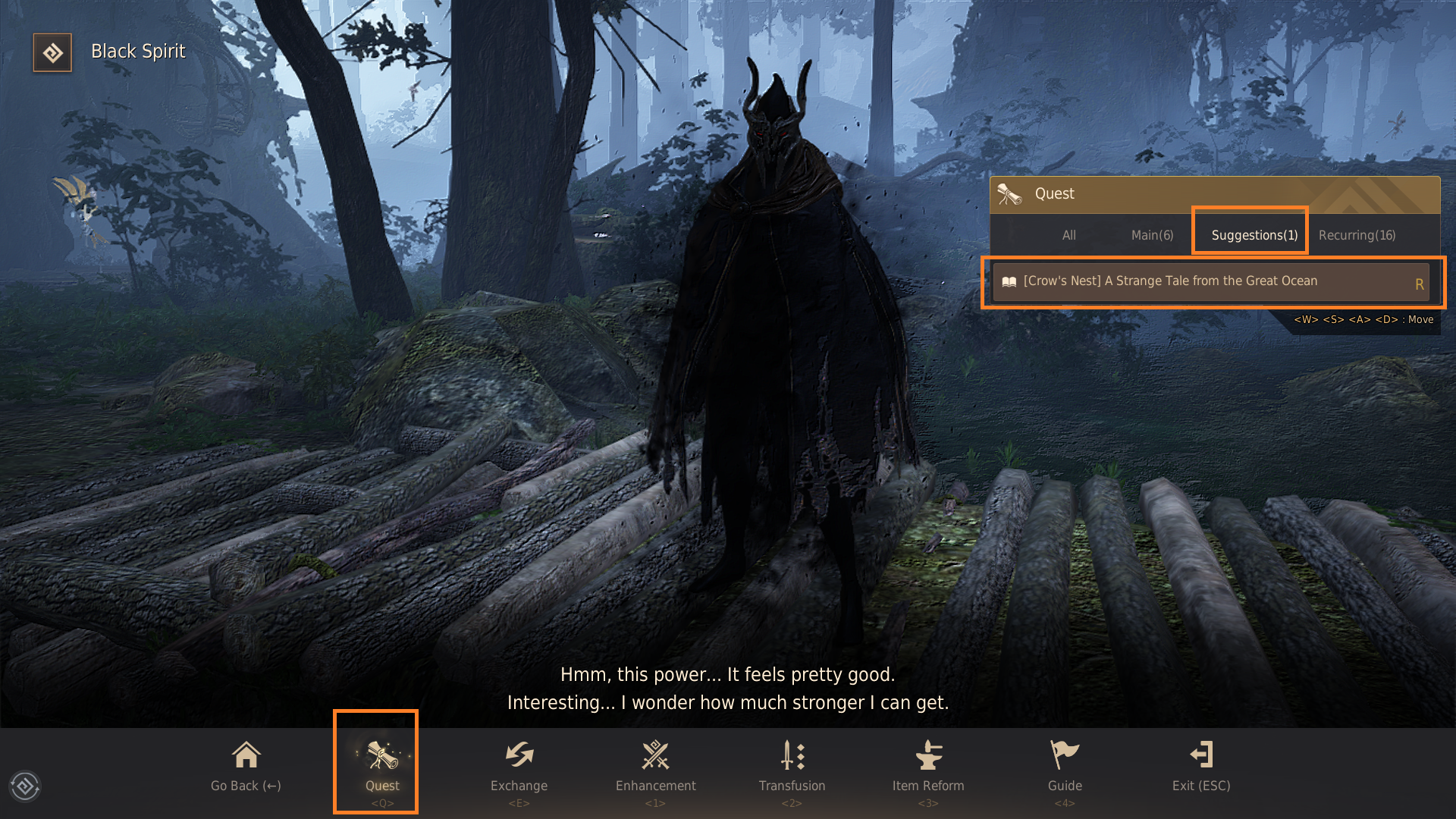 The quest will then take you to Velia to speak with Tranan Underfoe (the blacksmith).  Pick up the next quest from Tranan and then go into the room behind him and interact with the Cabinet, Library, Container and Pile of Parchment on the table. Go back to hand in the quest and pick up the next one. After a few simple quests, you will be taken to Heidel and given a quest item called Evergart’s Talisman. Keep this with you because you will need it later. Eventually, you will be told to go to Crow’s Nest to meet with Anax.

Crow’s Nest is located north east of Oquilla’s Eye and is hidden on the map because it is in the Ross Sea. You can use an Explorer’s compass to view the hidden island and your location on the map. The easiest way to find it without one is to go north from Tinberra Island. There is a small dock on the south west of the island, speak to the new Wharf Manager “Anax” to continue with the questline. 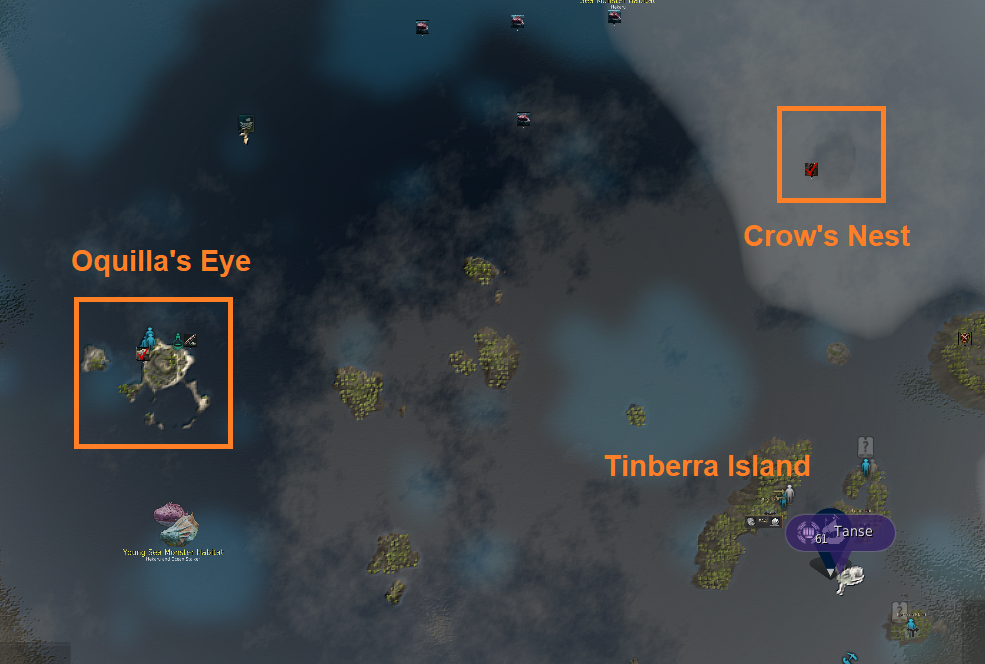 After speaking to Anax you will be lead further into the island to speak with Chrio. He will then ask you to answer three riddles. Each time you answer it will cost 5 energy. The answers are below:

Finally, speak to Ravinia and give her the Evergart’s Talisman you were given earlier in the questline. This will unlock the door behind her and she will give you another quest.
At this point, you must equip the title “Perfect Ravinia’s Guest” which you can find by searching Ravinia in the title window.

Then continue inside and speak to Lavala. She will ask you to give her a portrait of your character. To do this, press F4 to go into the beauty window and take a portrait of your character. Speak to your black spirit afterwards then hand over the portrait to Lavala. Next, you will be asked to interact with the objects around the room, before being led over to Patrigio in the other room in the hall of heroes. Continue following the questline and you will eventually be teleported to the Pit of Undying where you must defeat 5 bosses.

You will need to defeat a total of 5 bosses to unlock the pit of undying.

The first, second and Third boss (Raka, Valkin and Fareed) are not too hard to kill but you will want to make sure you are doing this questline on your main character with your PVE gear equipped.

The second boss, Valkin, will also attack with a purple cloud/mist. Avoid standing in this because it can deal a lot of damage.

The third boss, Fareed, will heal 3 times when he reaches around 80 – 90% HP. Just keep attacking him because he will only heal 3 times and then you can kill him.

The fourth boss, Bennet, will summon 2 clones after taking a certain amount of damage. The trick to tell which is the real Bennet is that the clones can be walked through, whilst the real one can’t. The real Bennet will also take more damage than her clones. Make sure to only focus the real Bennet because if you kill one of her clones, all of them will disappear and then come back with full HP. Once you’ve killed the really Bennet she will come back at the HP she was before she split into ther clones, so you must repeat the process a few times to actually kill her.

The last boss, Evergart, has increased damage and DP compared to the other bosses and will take a bit longer to kill. Watch out for when he is casting a skill and knock him down during this time. When he is knocked down he takes much more damage.

After defeating the bosses, speak to the orb in the middle of the arena, then your Black Spirit and finally Chorpy up on the throne. Next to him is an NPC called “Randy” who can teleport you back to the Hall of Heores to complete the questline and unlock the pit of undying.

Tips to improve your silver per hour when grinding
Read more

Thank you to everyone who has supported us. We would also like to give a huge thank you to Ashelin for previously hosting the site, our guide contributors, and Luis for everything he has done .