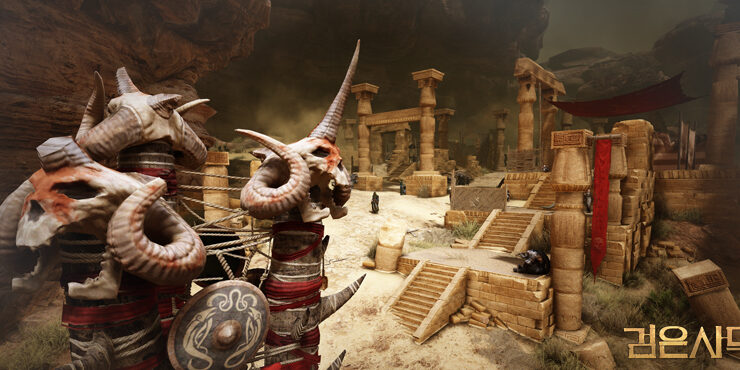 In December 2015 we will be bringing lots of exciting changes to the world of Black Desert (Valencia continent only). These include: PvP system, new towns, trading, new resources, dungeons, elite monsters, and annex system.Refer to the information below for more detail.

PK system applies in Valencia only. The existing system remains in all other regions (North ballet/Serendia/Calpheon/Media).

Karma penalties have been significantly reduced. No additional penalties such as weapon enchant degrading or socket loss on death. However, you will still lose EXP.

New Jail system: low karma players will be sent to jail on death. Jail time increases depending on the amount of people you’ve killed in a certain period of time. You can reduce prison time by sulfur mining in the camp. You can also escape from the jail. 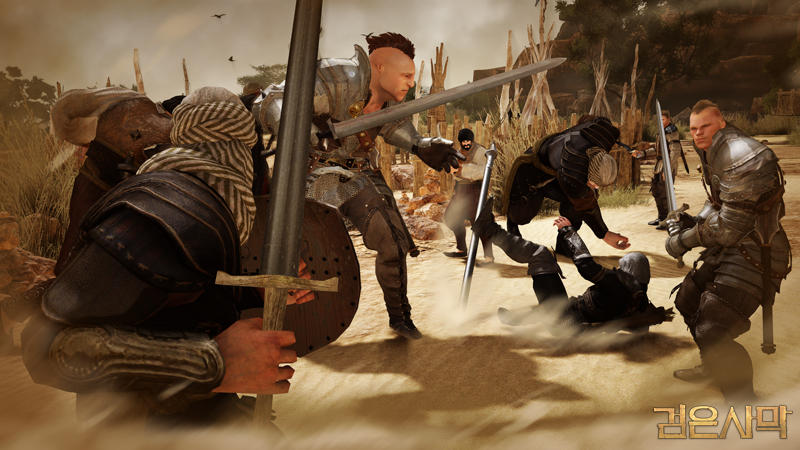 It is a production town. NPCs gather from all over the region. Food and cooking is also really important and you can collect water from the palm trees to help with crafting. <Panoramic view of the beautiful town of Arequipa Village>

Mui Kuhn is a town of outlaws.

Players with positive karma will be attacked by the guards at Mui Kuhn, while low karma players are welcome. NPCs will also offer various quests with various special rewards for outlaws.

<Outlaws of the town, Mui Kuhn>

Valencia will have higher trade good benefits when delivering to or from the city. However, be aware that the new PK penalties will make trading between Valencia much more dangerous. 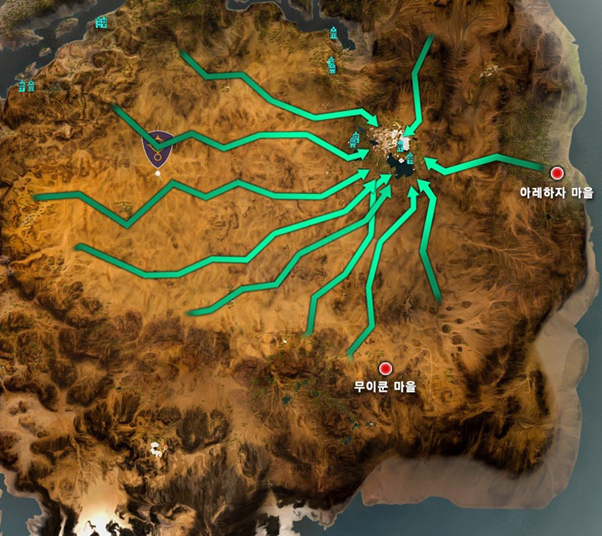 <Path to move to the top of the world map>

Guilds can now install resource units in the desert.

Installing the resource units will be used to obtain a new material called “Sichugi”. The material will be utilzed in many ways in the future. For example they will be necessary for sailing boats and trains.

It is important to refer to the World Map when installing the resource unit so that the distribution rate is high.

The resource unit may be damaged from time to time by sandstorms. If the unit becomes damaged you will need to visit the unit and perform maintenance.

Placement of the units are also very important because other guilds can destroy another guilds resource unit. You may need to defend your unit carefully. 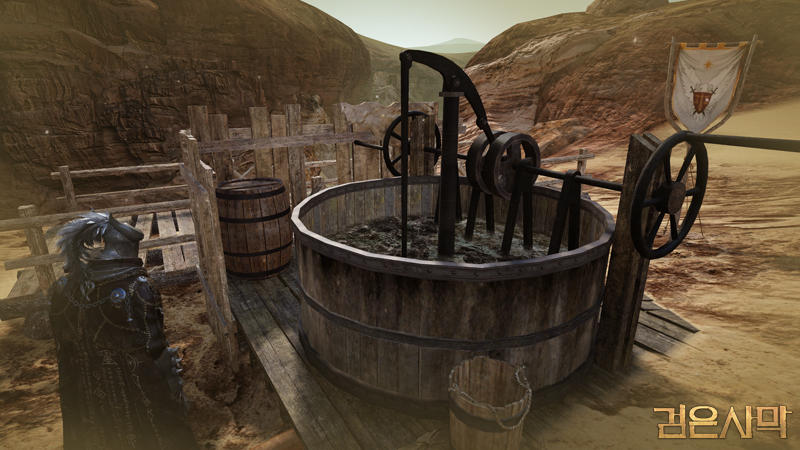 The dungeons will be located underground and will reward adventurers with all kinds of rare and unique items.

Ahkeuman Ruins is a mysterious story of an ancient civilization known as the guardians. 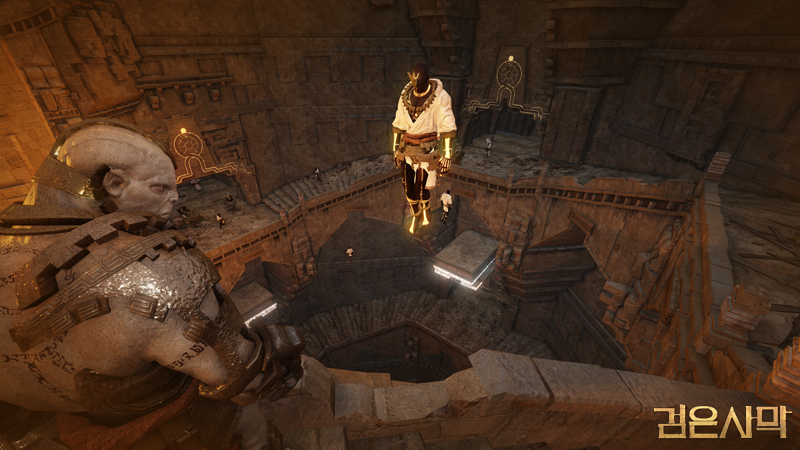 Entering the dungeon will require a bit of luck. There is no entrance to either of the two dungeons. Instead you must locate the “sand swirling” with your party and will travel to the dungeons.

In addition, new dungeon monsters will be added. These monsters are powerful lava monsters and can also be found near the Sulfur Mines in the Valencia Prison.

Remember that these new monsters are extremely strong. We recommend hunting in a party or guild. 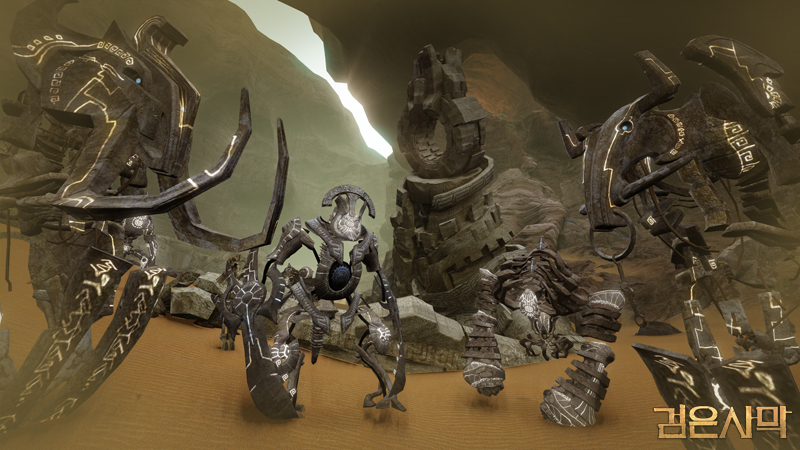 Elite monsters will spawn randomly in the desert. They are very strong so we recommend having someone to help you.

There will also be Goblins which will spawn randomly. They are easier to kill and may drop rare artifacts. You can also catch them using taming ropes (Sugar Lumps are not required).

The Annex is used to communicate with other players and share your stories. You can buy tickets to the Annex, which will give you daily buffs and NPC merchants will also be available.

You can also tame baby elephants at the Annex using the NPC. Baby Elephants will act like your other mounts (horses and donkeys).

In addition, outlaws are welcome to stay and enjoy the services provided at the Annex.

Various new knowledge will be obtained by visiting each Annex. 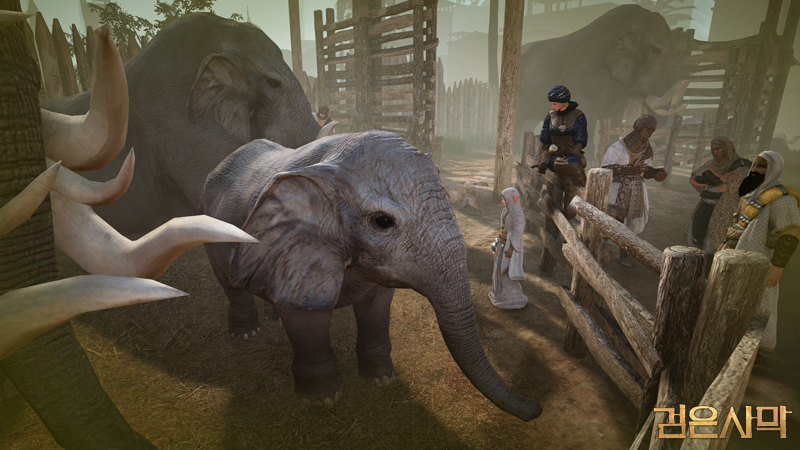 * The above information may be changed during the actual game update these details, Valencia PART Ⅱ*

We expect to release these updates gradually during December 2015. We hope you are excited and thank you for your encouragement in the Valencia PART Ⅱ update.

We hope that Black Desert is more enjoyable.