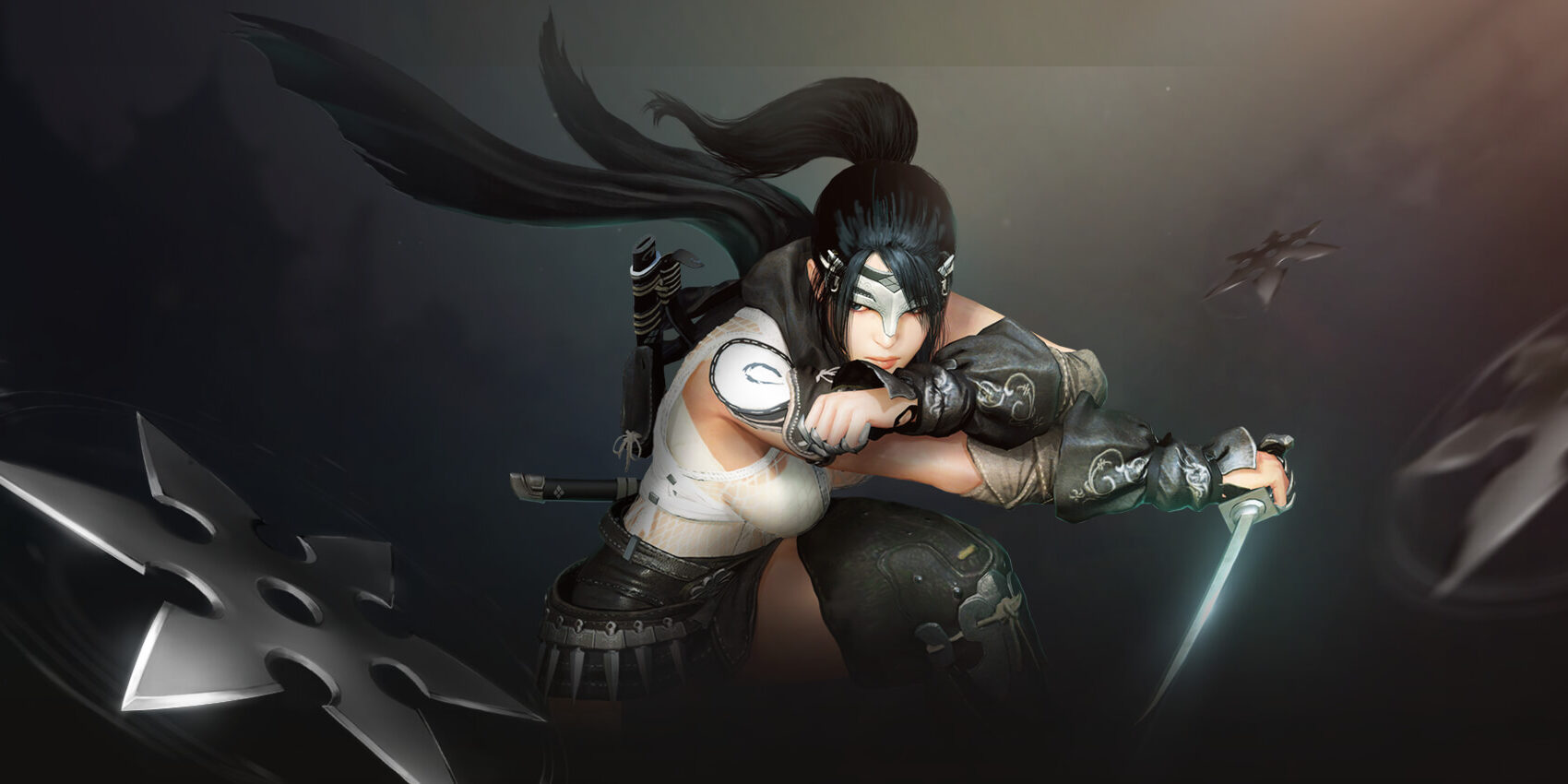 Hello, this is Black Desert Studio.

Through the Black Desert Research Lab last week, the first reboot of characters was applied. A lot of adventurers who enjoy each class are giving a lot of feedback.
Thank you very much.

Although the first stage of each character has been made, I think there are still many shortcomings. Now, over the next few weeks, I will do my best to develop it so that more people can repay the affection they have for their character by focusing on the end without being shaken. (We patch every week, but it is difficult to include everything in one week. Even if it is not enough, we will continue to patch every week, so we would appreciate your feedback.)

Additionally, as mentioned at the outset, we are seeing and hearing a lot of feedback as we work on this reboot. Many of these opinions are related to the following topics, and there are many things that need to be judged carefully.

Through this character reboot, we are improving and upgrading the performance of the existing classes, the so-called ‘old character’.

However, this content is not from the Black Desert Lab,
Please note that information will be provided through the official website of each country.

We will do our best until the end to achieve better results. thank you.

When using skills in battle or moving, the character’s movement skills stop depending on the terrain, making it somewhat inconvenient for characters to fight or move. With today’s update, we’ve increased the base height at which the drop action is exposed by the terrain, and mitigated this inconvenience.

Prime: Black Wave skill has been changed to use the floating status abnormality in connection with the invincible skill such as the Night Crow skill, but by applying the opinions of adventurers who want to attack stably, it has been changed to a front guard effect so that it can be used more stably. Changed. 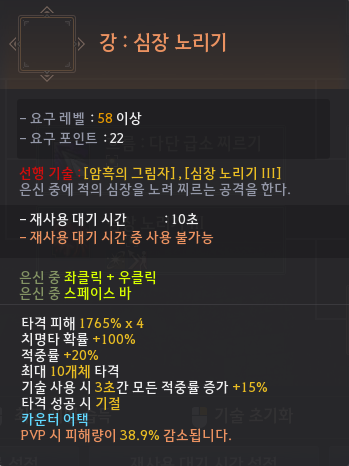 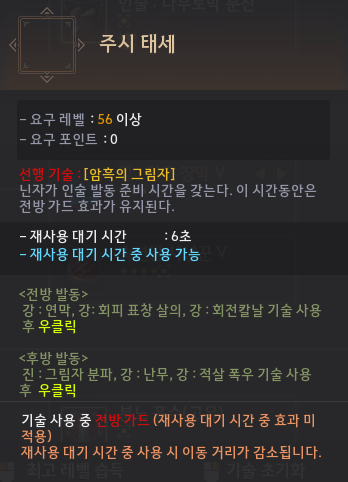 The ninja succession was able to fight using a gaze posture that could move forward and defend. In order to strengthen this part, we have enabled the use of Forward Gaze Stance on the Steel: Rotating Blade. In addition, it is possible to use the rearward gaze posture after the Prime: rampant, Prime: heavy rain, and Jin: shadow division.

Existing test monsters were not enough targets to practice PvP combos. Adventurers no longer need to call in their acquaintances and hold them for a long time when checking out PvP combos or major changes. Through the additional CC count UI, we have prepared for adventurers to enter PvP more easily, so please visit the free arena more often. 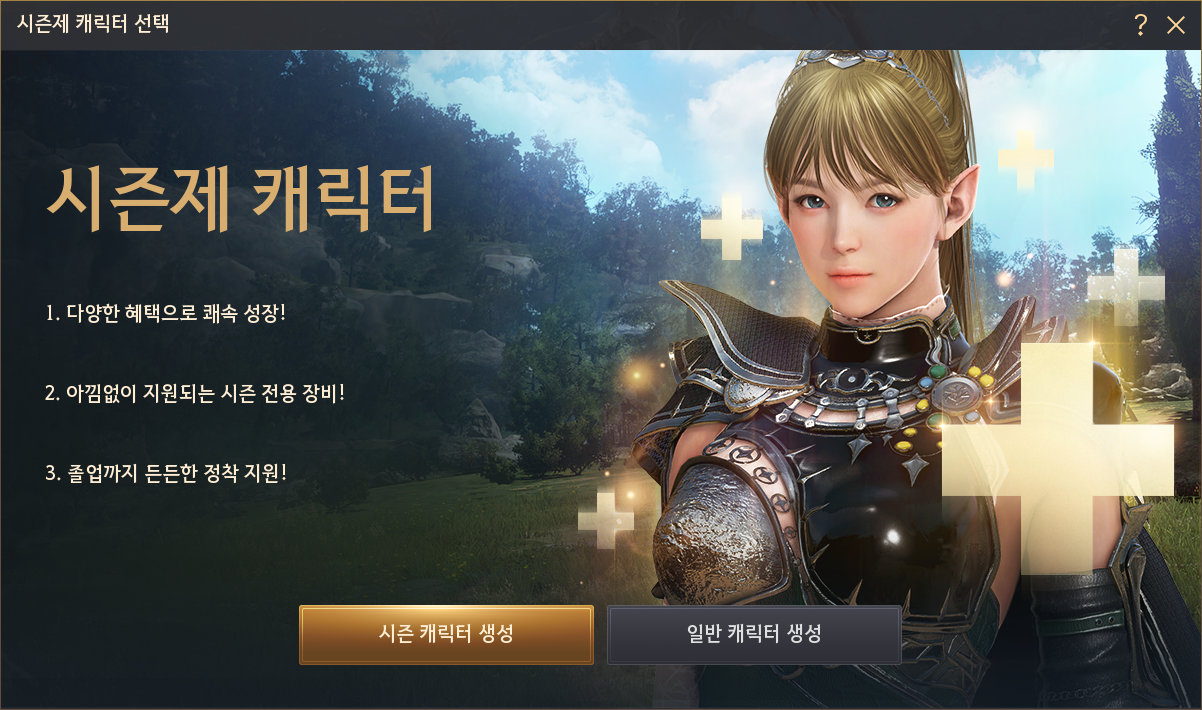 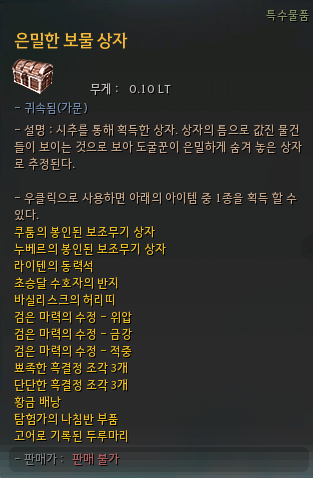 Today’s Black Desert Lab update finally introduces the improved Ballista along with a new tank that will be active in Conquest Wars. First of all, the ancient tank can be acquired by destroying the military wagons that appear at random locations in the occupation war zone from the time the occupation war is in full swing. It is designed to be coveted by many guilds, as it grants great power to take over. However, in order to acquire the ancient tank, you have to deal the most damage to the military wagon, so a strategy to take the tank by inflicting damage to the military wagon while dealing with other guilds that have flocked to acquire the tank becomes important.

In addition, the improved ballista has been improved for the point that it was burdensome to join the main force due to its slow movement, and now the damage has also been changed to a threatening level, so that the siege side can use it more threateningly in the occupation battle.
And now the lord guild/confederation can participate in battles with other territories. As long as you participate as a ‘Songju’, you cannot participate in your own territories, and you can invade other territories and work with the goal of liberation. Also, if the liberation is successful, you will be able to use the loot merchant, including the Brilliant Medal of Honor.

In addition, in today’s update, convenience improvements have been made that many adventurers participating in the Conquest War have requested for improvement.
Now, when constructing a fortress to participate in the Conquest War, you can check the installation area on the screen by clicking the Show Node/Conquest War installation area button.
Even during the occupation war, it is possible to understand at a glance where the occupation zone is connected through the world map,
You can tell through the world map without directly checking whether the inner and outer gates on the Mercury side have been destroyed.

Along with the changes in Conquest Wars, the rules of Node Wars also change. Now, as originally intended, Node Wars will allow more adventurers to participate, and stat restrictions will be introduced in Tier 2 and 3 so that you can progress gradually. In fact, the ability limit is against the character’s growth goal, so we were very careful about introducing it too. However, based on the experience and data of Domination during the pre-season, we came to the conclusion that it would be much better in the current situation to reduce the burden on equipment and provide an environment where more people can participate. Therefore, the ability limit was applied to the 2/3 Tier as well. However, this limit will be slightly modified depending on the situation or the average growth of adventurers.

In addition, a limit on the number of Node Wars has been added. The reason we initially set the group with 100 people is that it was designed based on land grabbing, so it is easy to defend when we occupy multiple bases, and on the other hand, we intend to open a way to deal with the number of people even if our skills are a little lacking. It was. However, after checking the data for the last few months, we decided it was right to set the limit again in consideration of the average number of participants. We considered reducing the number of bases, but we decided that it was more important to induce more guilds (federations) to participate, so we introduced a limit on the number of people. Since it is applied along with the ability limit, we will continue to check the situation after the patch, and if necessary, we will consider gradually increasing the number of people limit.

Lastly, in response to your opinion that you want to enjoy Node Wars more often, we have changed it to run for 5 days (Sun, Mon, Tue, Wed, Thu) instead of the set 3 days. 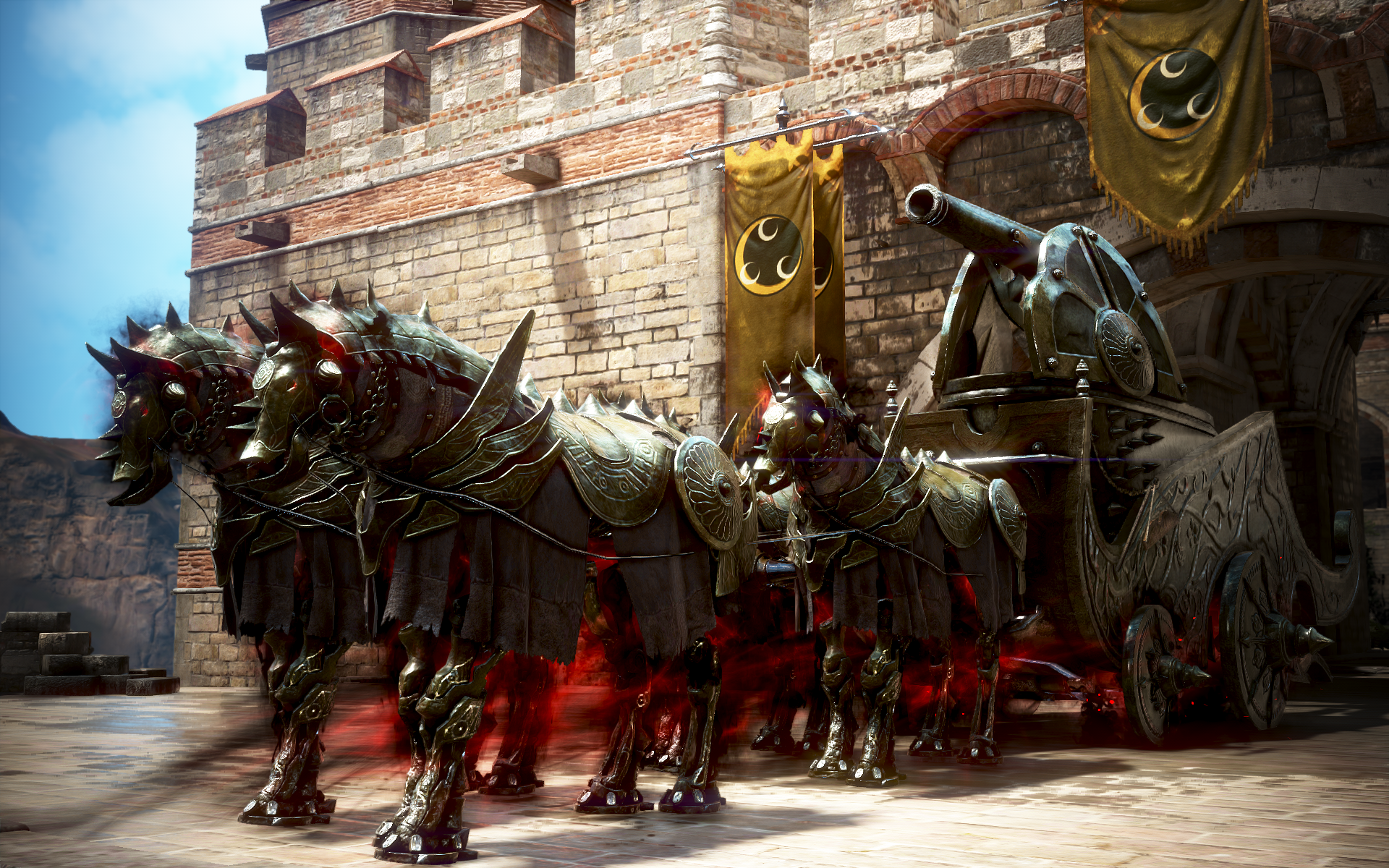 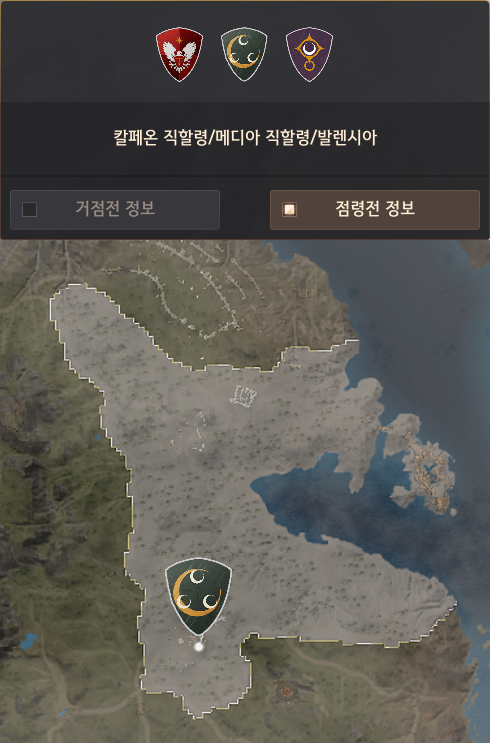 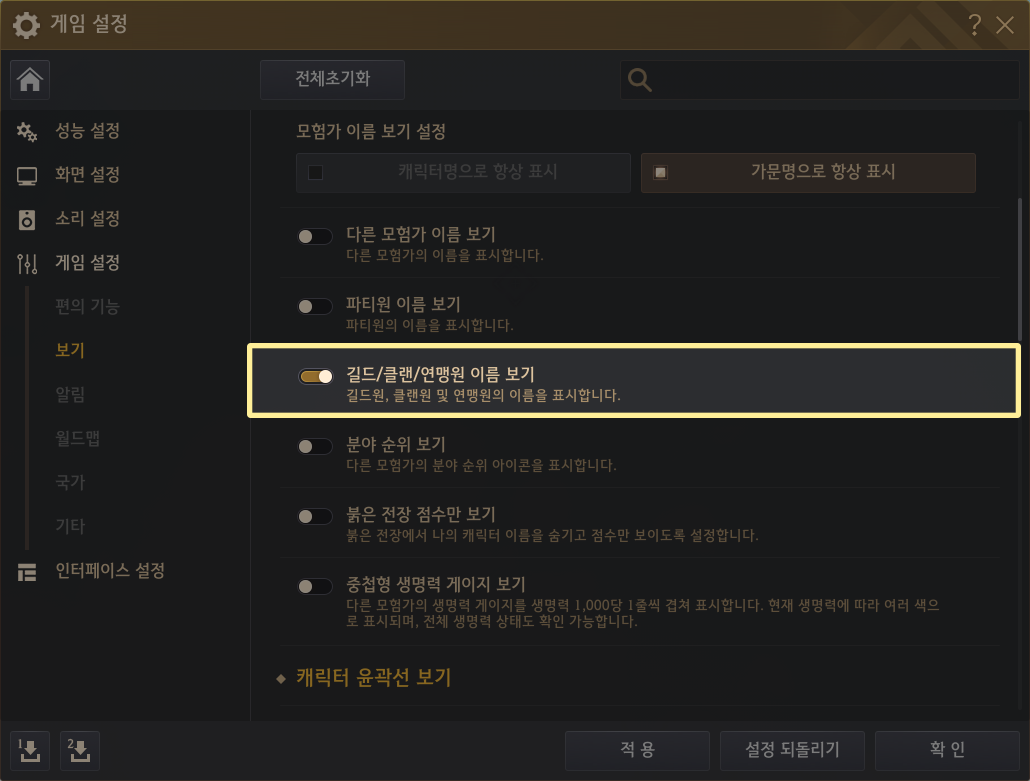