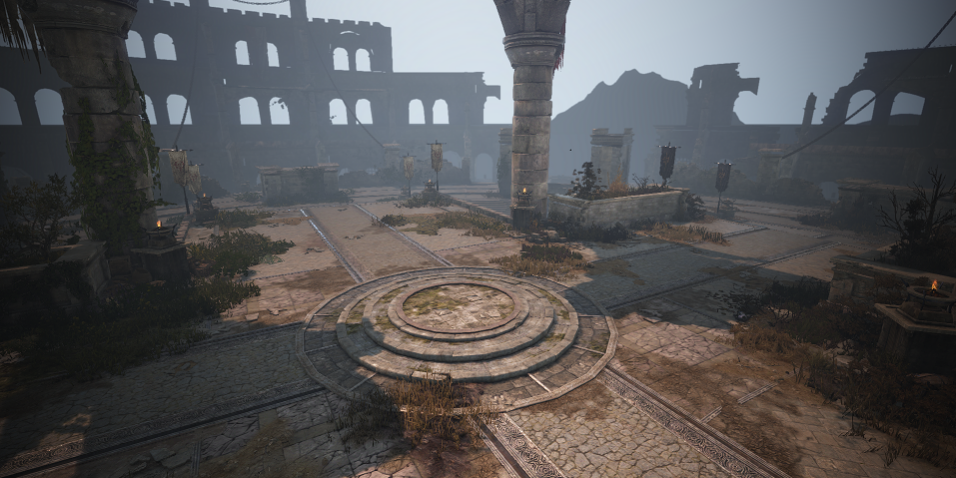 Marni’s secret room (private hunting grounds) was revealed at CalpheON Episode 2. The concept of a private hunting ground started with thinking about a way for people who have a short amount of time a day to play.
At first, we tried to alleviate it by approaching it with the concept of a mini server, but in the end it was difficult to provide an equal opportunity for everyone, so we changed the direction a little more and this time created Marni’s secret room – a private hunting ground. Of course, there were a lot of opinions from adventurers before developing this, and that was a big help. Now that development is over, We are happy to be able to release it to the public.

Marni’s secret room is not provided for all hunting grounds, and we have selected places that are visited by many adventurers, such as the Elvia areas, Hystria Ruins, Sycraia undersea ruins, and Gyfin Rasia Temple.
How to use it is simple. Go to the designated hunting grounds and use the dedicated menu to enter with just a few clicks. Instead, please note that the private hunting grounds are provided in a limited area so that more people can use them by reducing the burden on the server.
For example, if you enter Marni’s secret room in the Orc Camp, you can hunt in a specific area called the ‘best spot’, rather than hunting in all areas. Since there is no factor to be disturbed, we decided that it would be sufficient even if it was not the entire hunting ground.

Marni’s secret room is only available for one hour a day.
At the time of the initial release, there were opinions that one hour was short, and some opinions were found that it was appropriate. Black Desert is a game that is mainly played on the field, and we hope that the contents of Marni’s Secret Room will be auxiliary content to help play. Please understand that there are no plans to increase the length to more than an hour.

Finally, Marni’s Secret Room – Private Hunting Grounds will be updated as soon as possible, starting with the official Korean server. Please note that there may be a delay of 1-2 weeks depending on the server.

※ A bug has been confirmed that loot cannot be obtained from the Black Desert Research Lab Marni’s Secret Room, and it will be fixed in the future.

※ The entry area for Marni’s Secret Room designated for each hunting ground is subject to change. 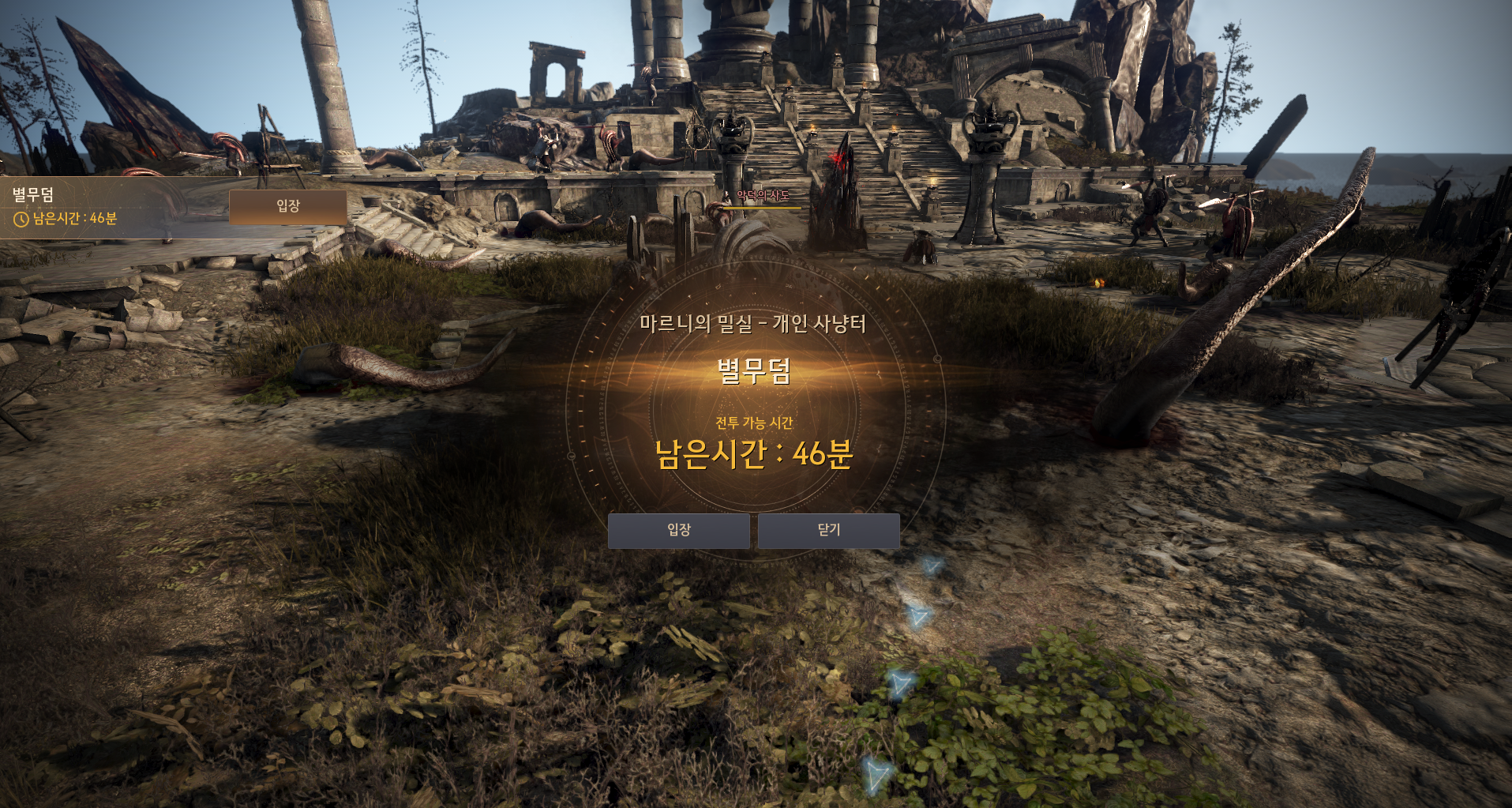 Solare’s Arena has been reopened. First of all, I would like to say thank you to the adventurers who waited.

Today I want to talk about changes. The biggest change is the addition of Solare’s ‘exclusive equipment’.
In fact, the dedicated equipment was a form of concern for us. Since many adventurers are growing with the goal of becoming stronger, we had no choice but to approach it more carefully. However, we continued to review the opinions of adventurers sent during testing through the Black Desert Research Lab, and after discussion based on those opinions, we were able to decide to add exclusive equipment. Thank you very much, and I would like to ask for your understanding to adventurers who are sad that they cannot use my equipment.

Along with the addition of exclusive equipment, a new area ‘Solare’s Ruins’ has been added. Since Solare’s Ruins includes several strategic elements, it will be possible to play with a different feel from the previous Ollun Valley area. There were opinions that this strategy (gimmick) element was good, and there were opinions that pure PvP was good.

I think there are still many questions about whether there will be an addition to the Great War, the variety of rules, etc. The dedicated equipment that had the longest development period has been added, so we will continue to review and improve other opinions.
However, for now, we will focus on the 3v3 arena, and please note that the Grand Battle may be applied after the official update of Solare’s Arena.

※ The list of exclusive equipment is subject to change at a later date.

※ For exclusive equipment, please refer to ‘Solare’s Token’ below. 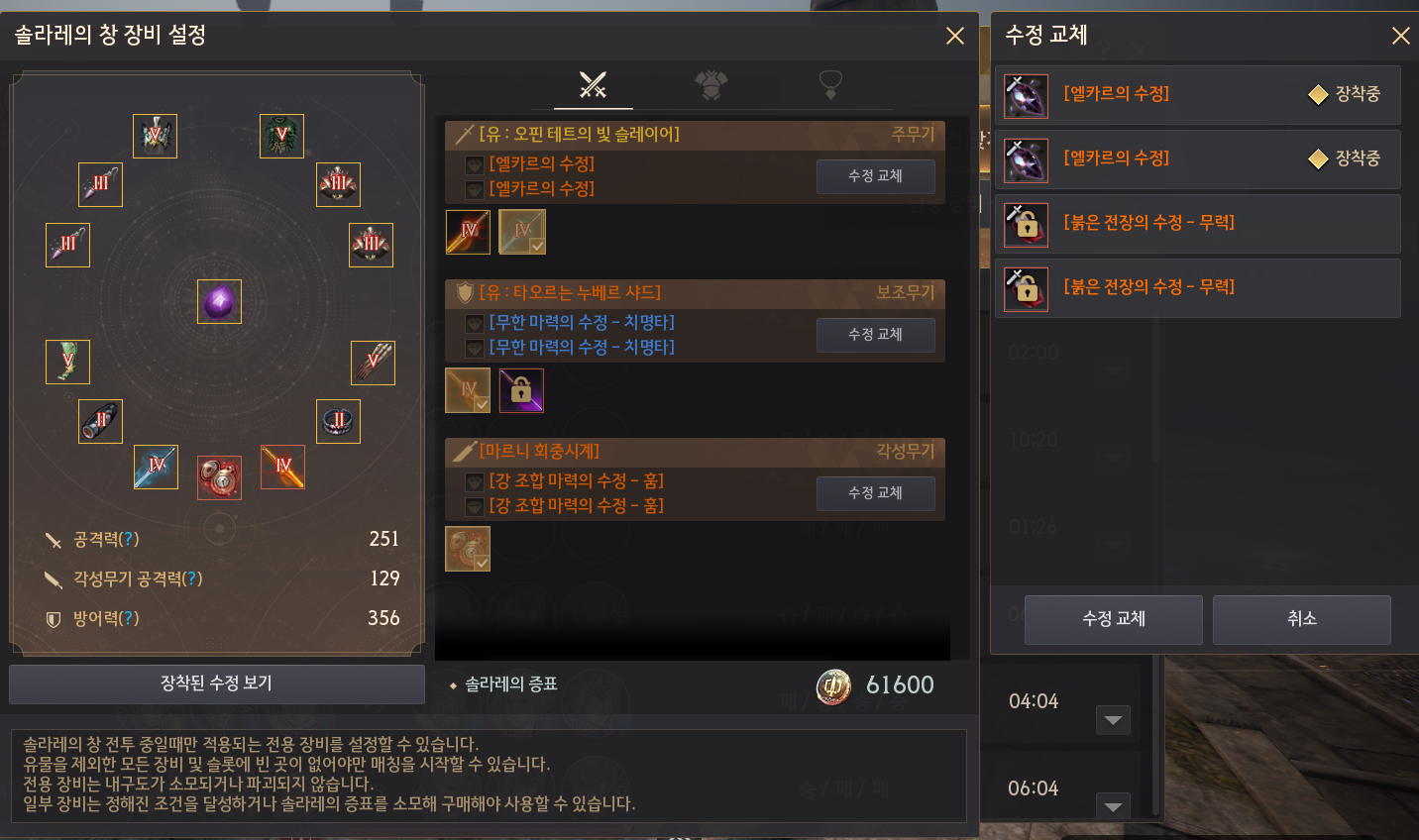 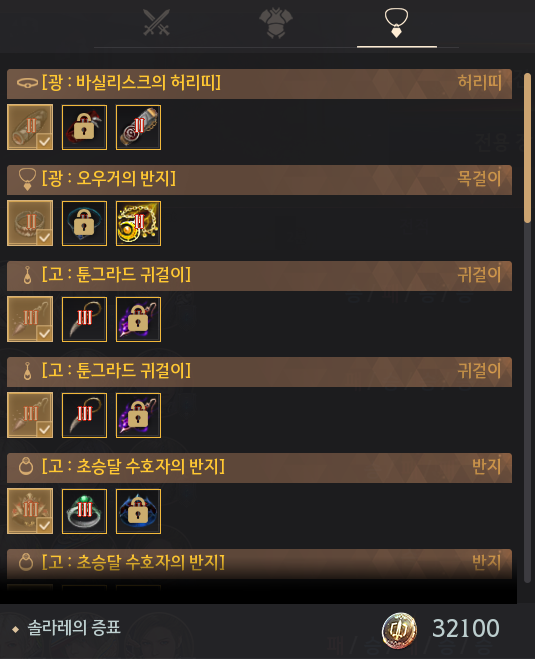 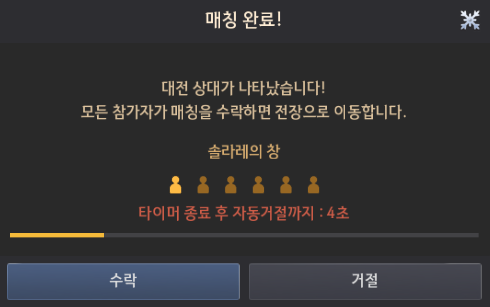 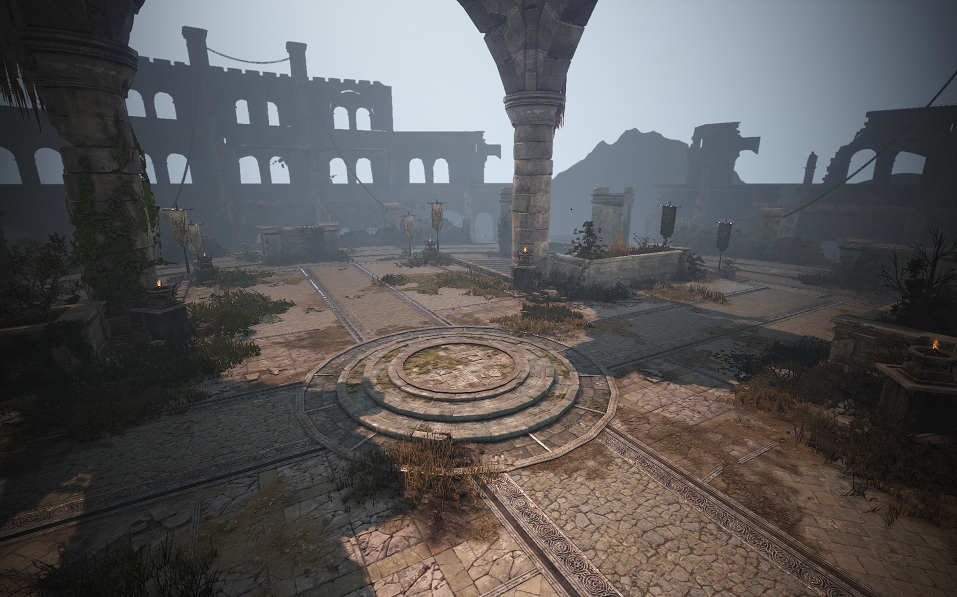 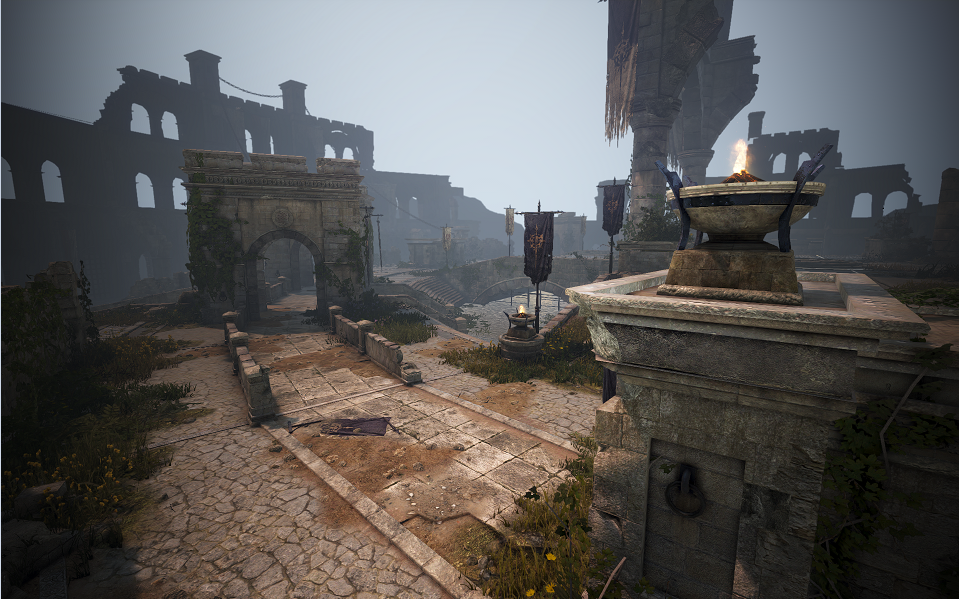 1. If the ray of light passing through the sphere is blue, the character will not take damage, but will be exposed to abnormal status effects such as guard destruction and stiffness. 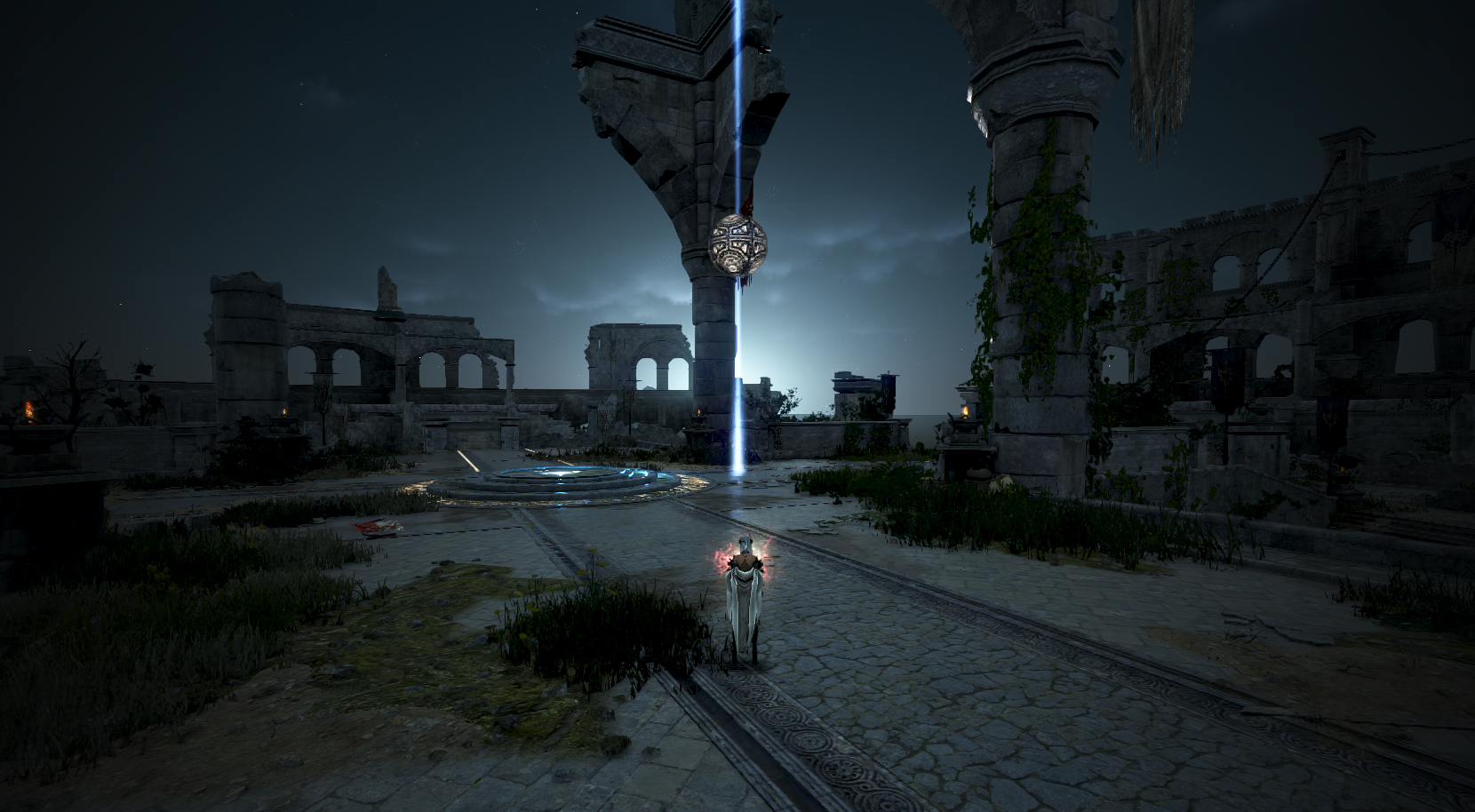 2.  If the ray of light penetrating the sphere is red, the character will not be affected by the status ailment and will take great damage. 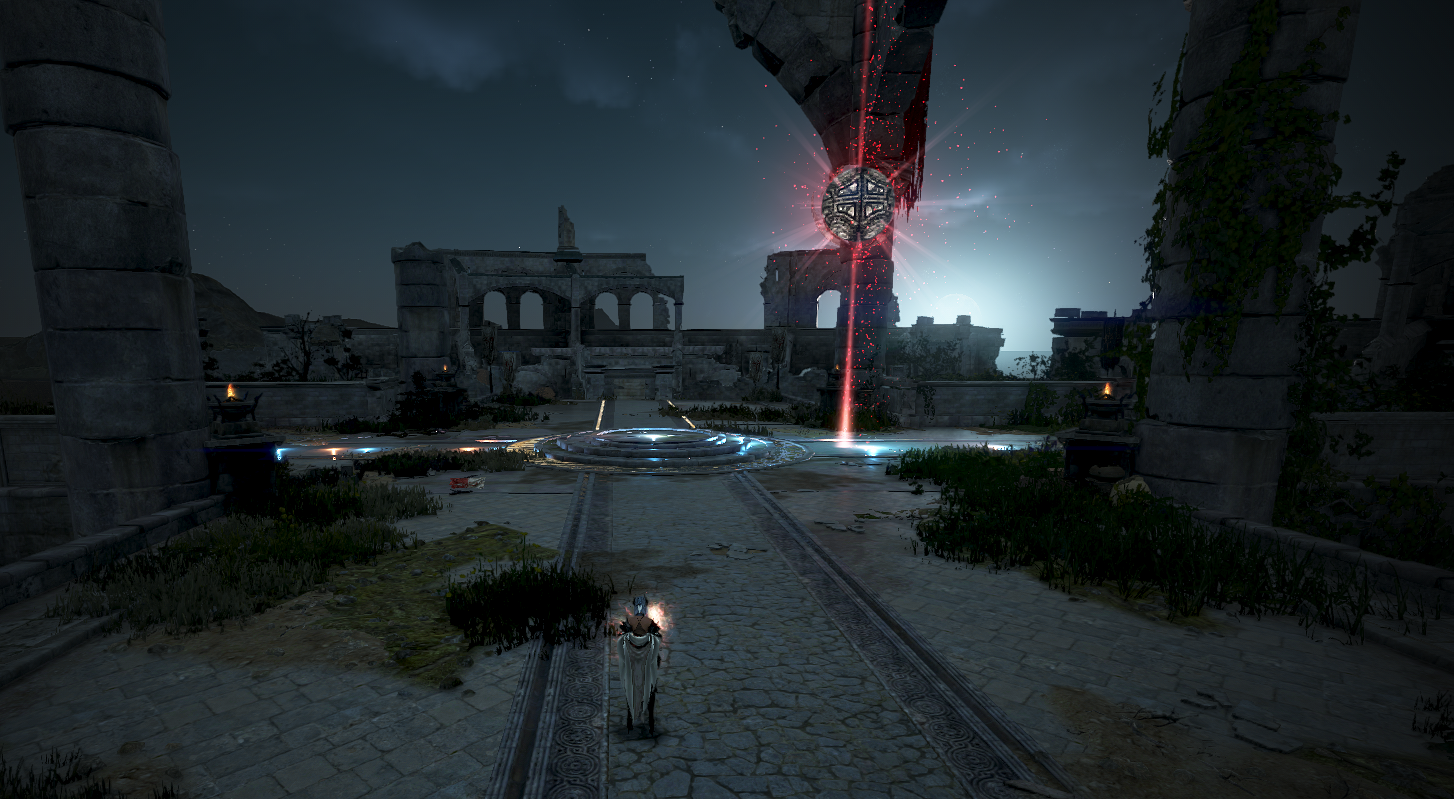 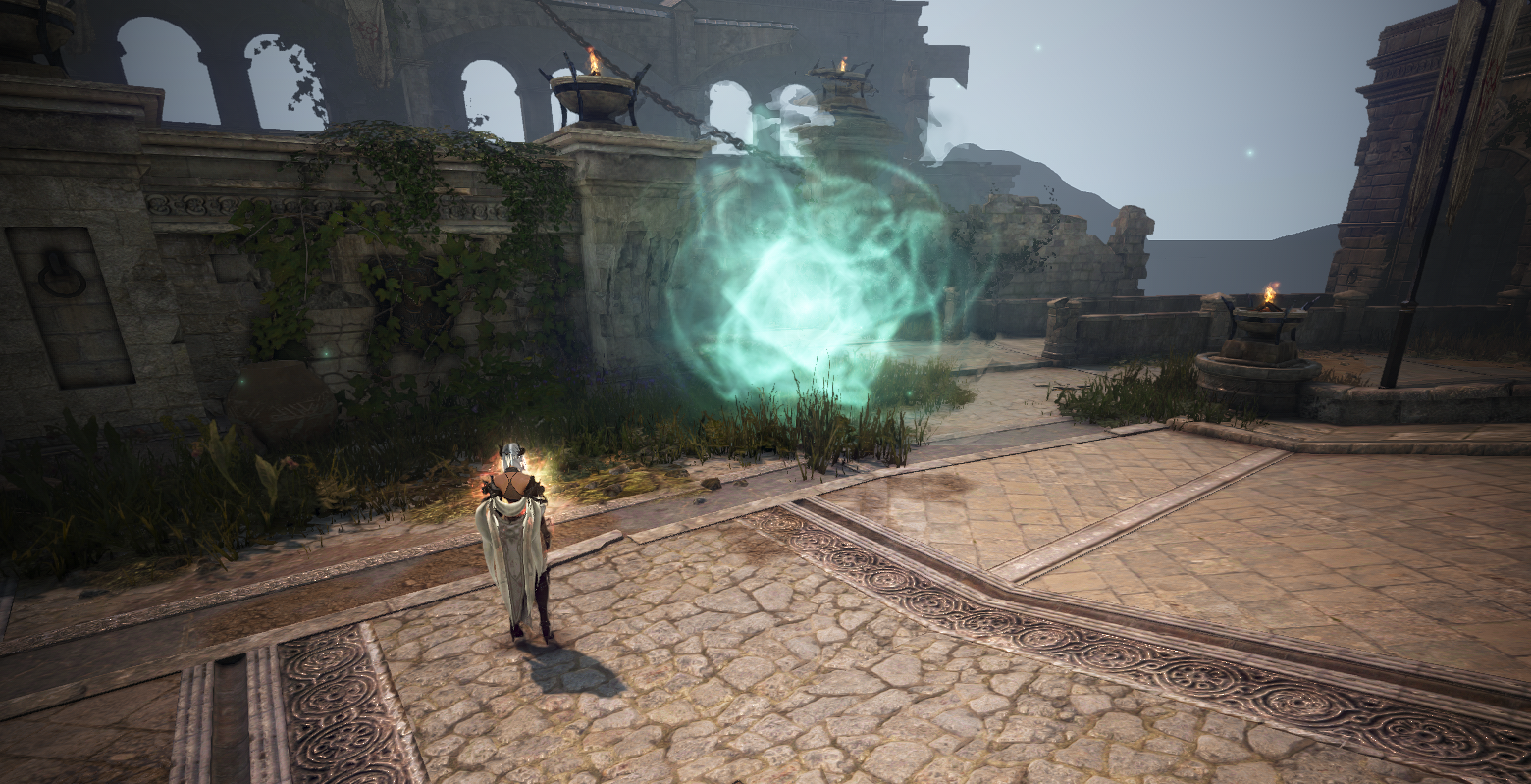 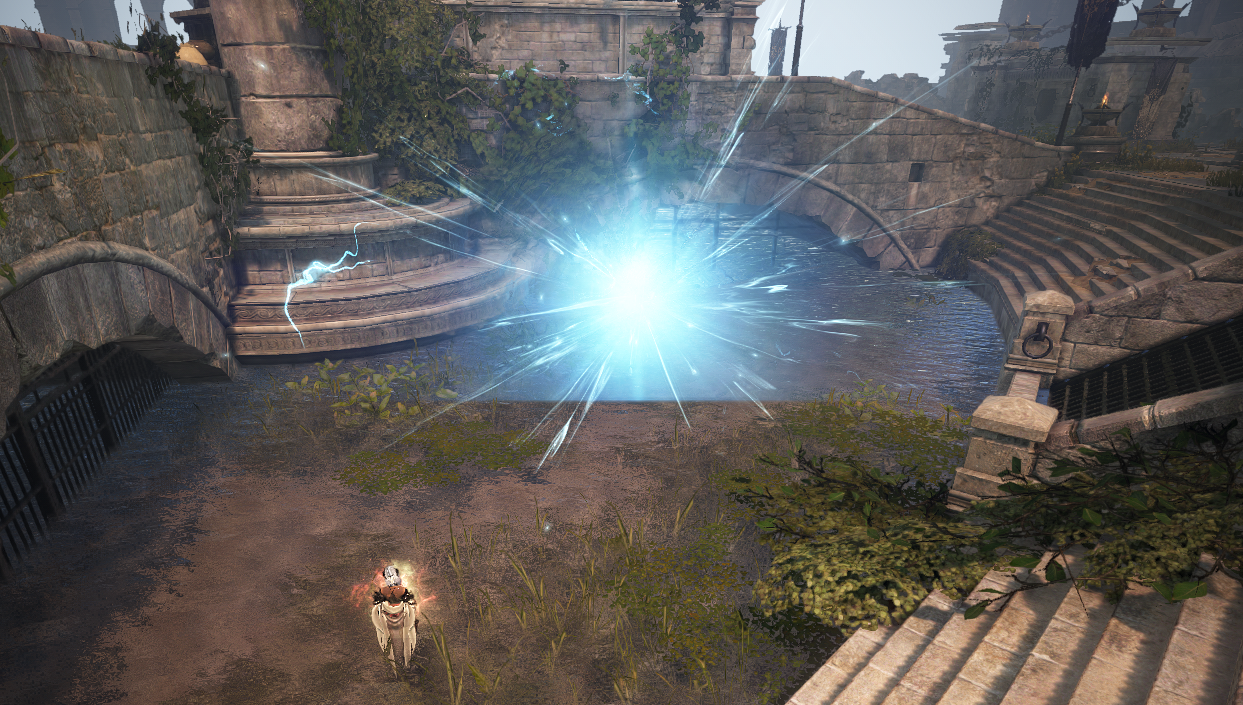 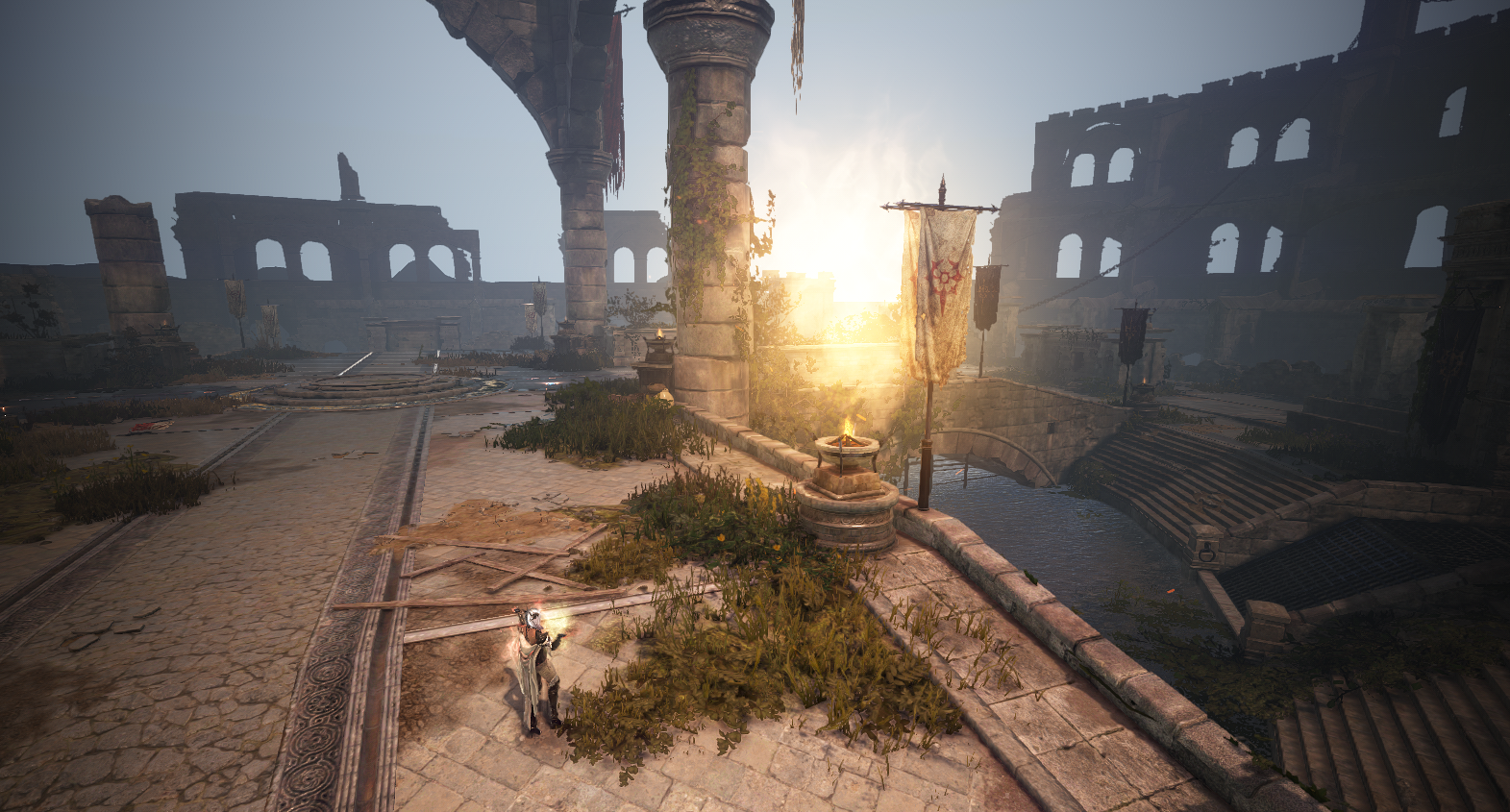 4. Song of Wind: Increases all attack power and attack/cast speed 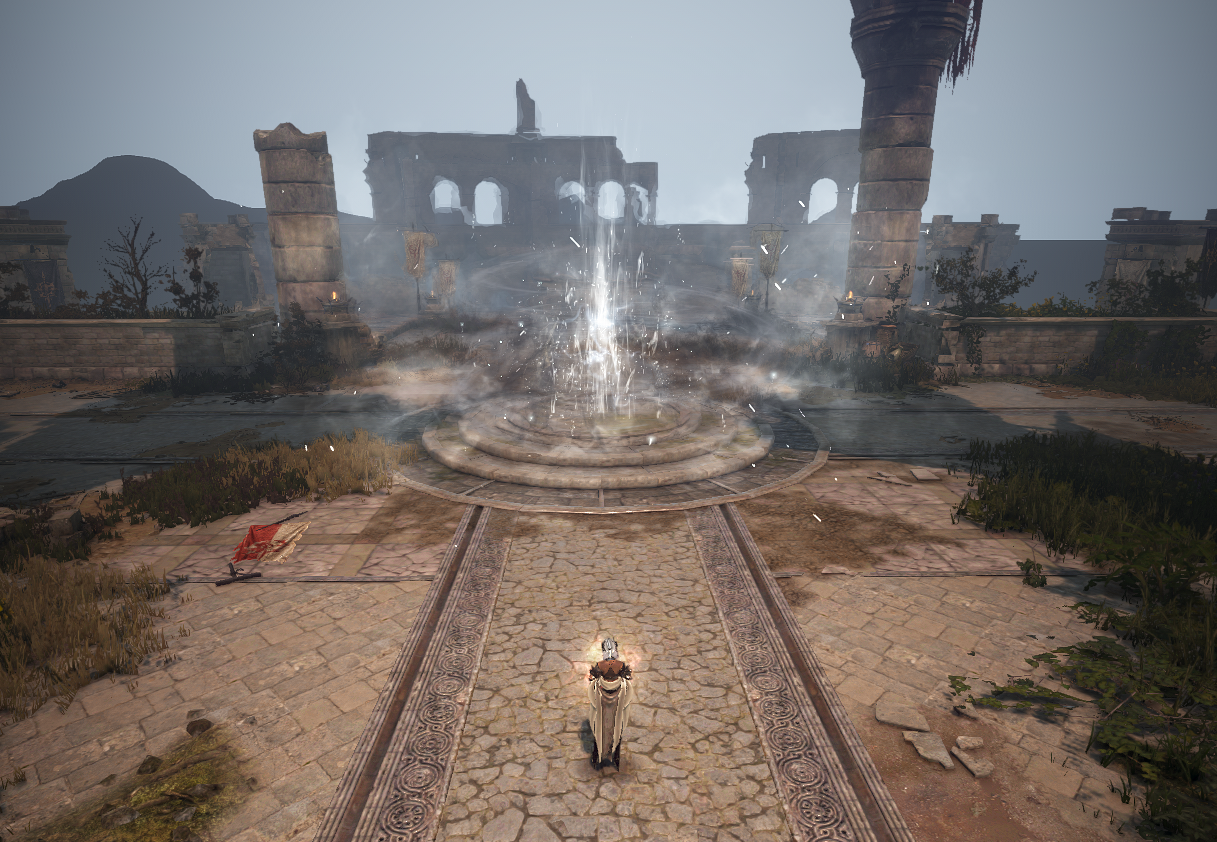 After the game starts

※ Solare’s crest can be easily understood by comparing the color of the jewel with the item grade in Black Desert. 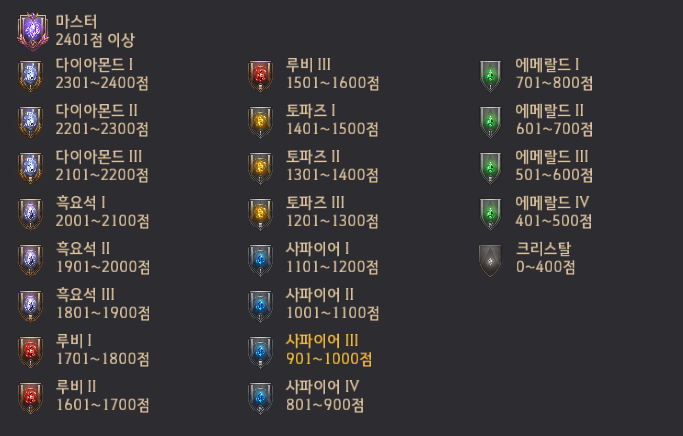 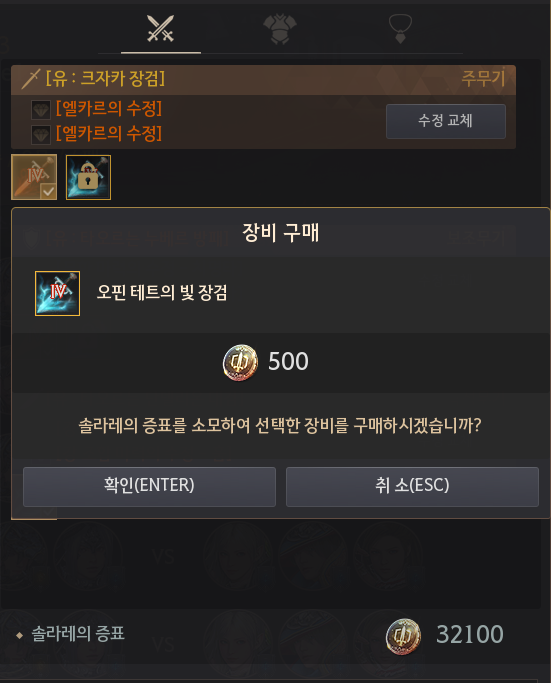 ※ In this pre-experience held at the Black Desert Research Lab, for smooth play, the Solare token required for unlocking all equipment/modifications will be provided after the match is over.

Considering that the Black Desert service was very powerful in the early days, it was set at 300 attack power / 390 defense.
While we were developing it, it also reminded me of those days (^^;) when we got a witch’s earring and enjoyed it.

Calpheon Elvia has been updated sequentially to trolls, rutums, saunils, giants, and this Hexe Sanctuary.
In addition to this, we were able to confirm the opinions of Catfishman, Treant, Mansha, etc. Unfortunately, Calpheon Elvia will finish with Hexe Sanctuary this time and prepare for an official server update by focusing on more detailed balance, completeness, and new drop items. is.

As greedy, I wanted to prepare a catfishman or an ent that is symbolic of Calpheon. For the adventurers who are waiting for the realm of Calpheon Elvia, we will review the hunting grounds prepared for you after updating. 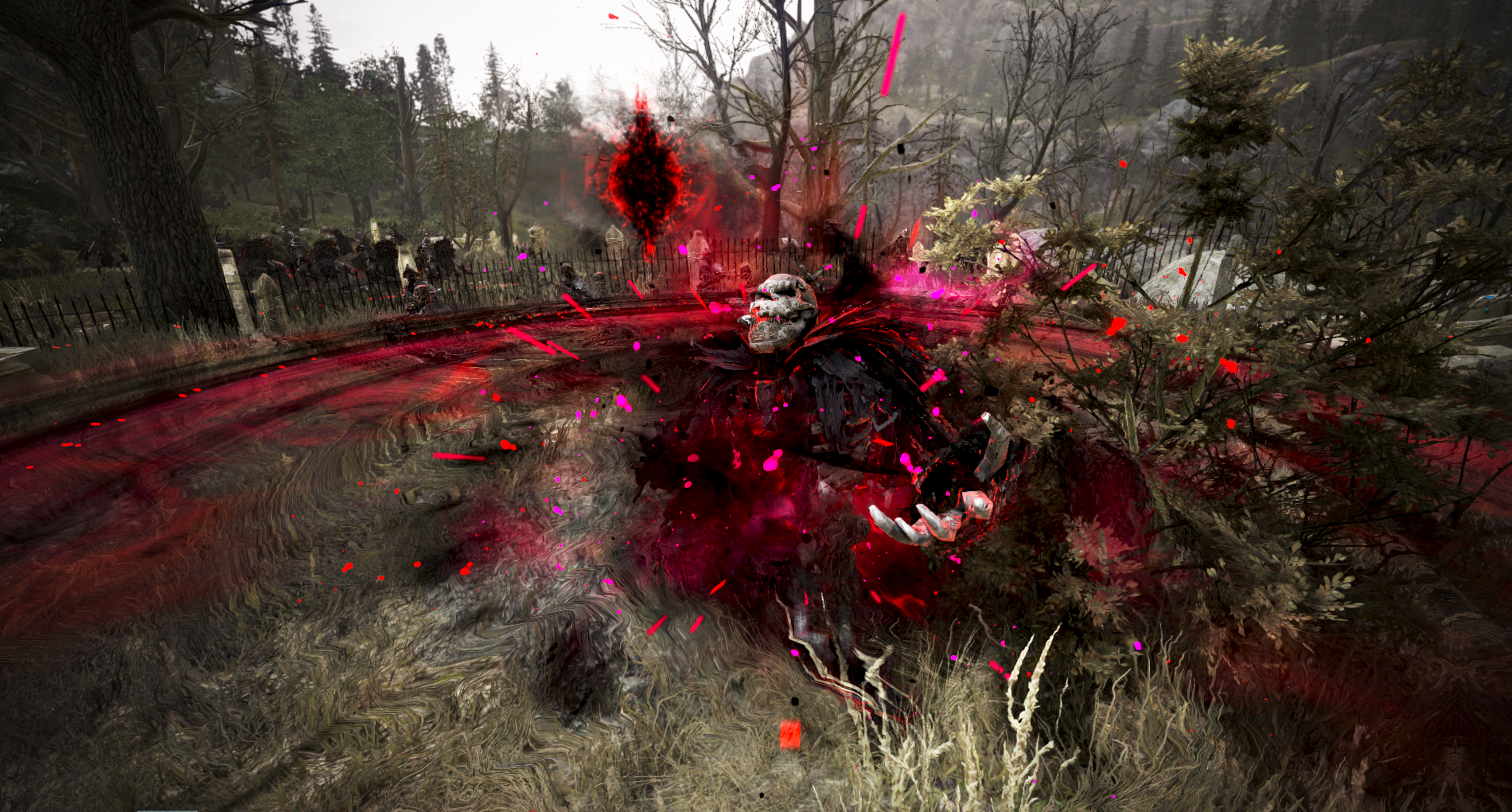 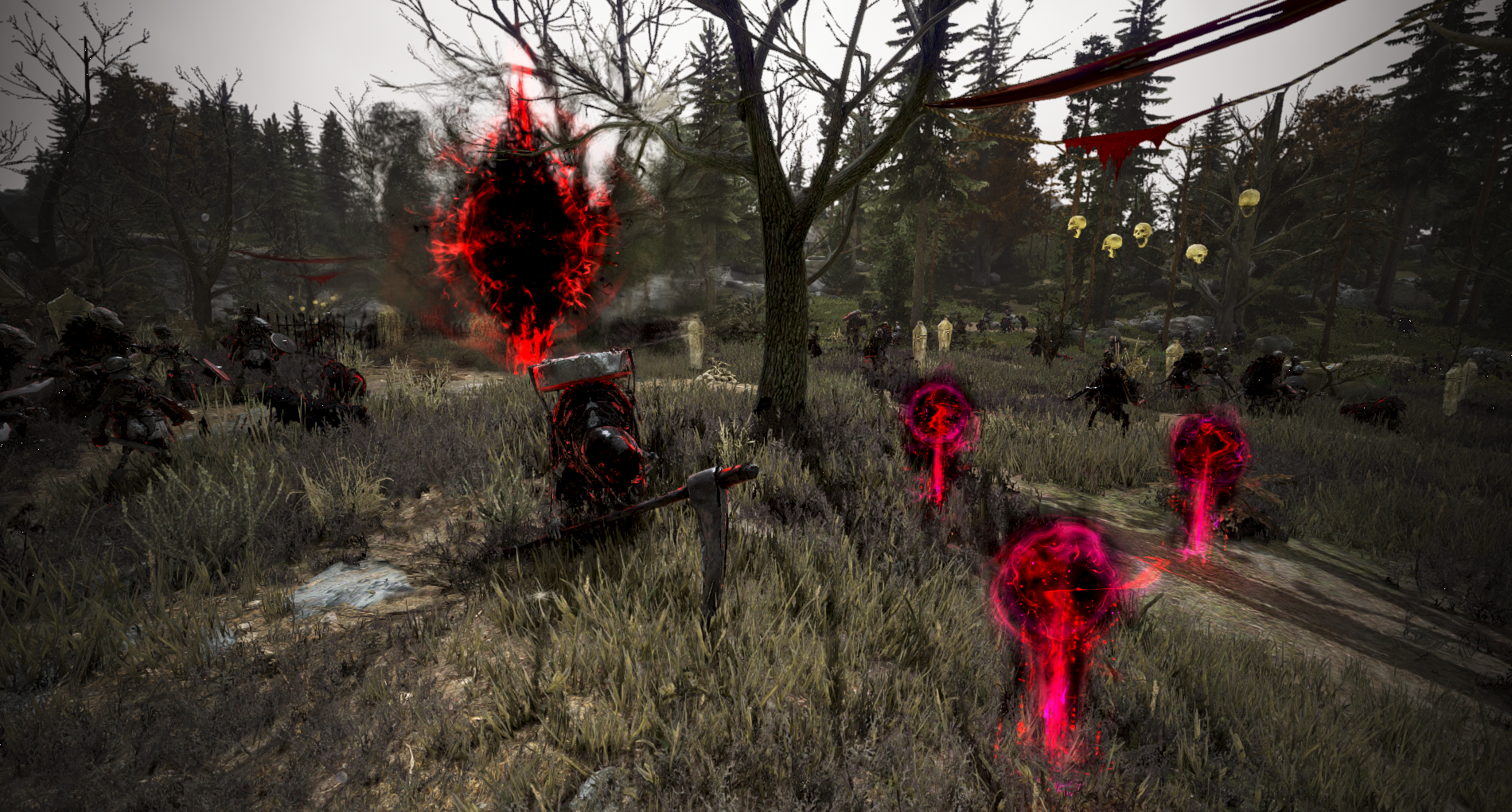 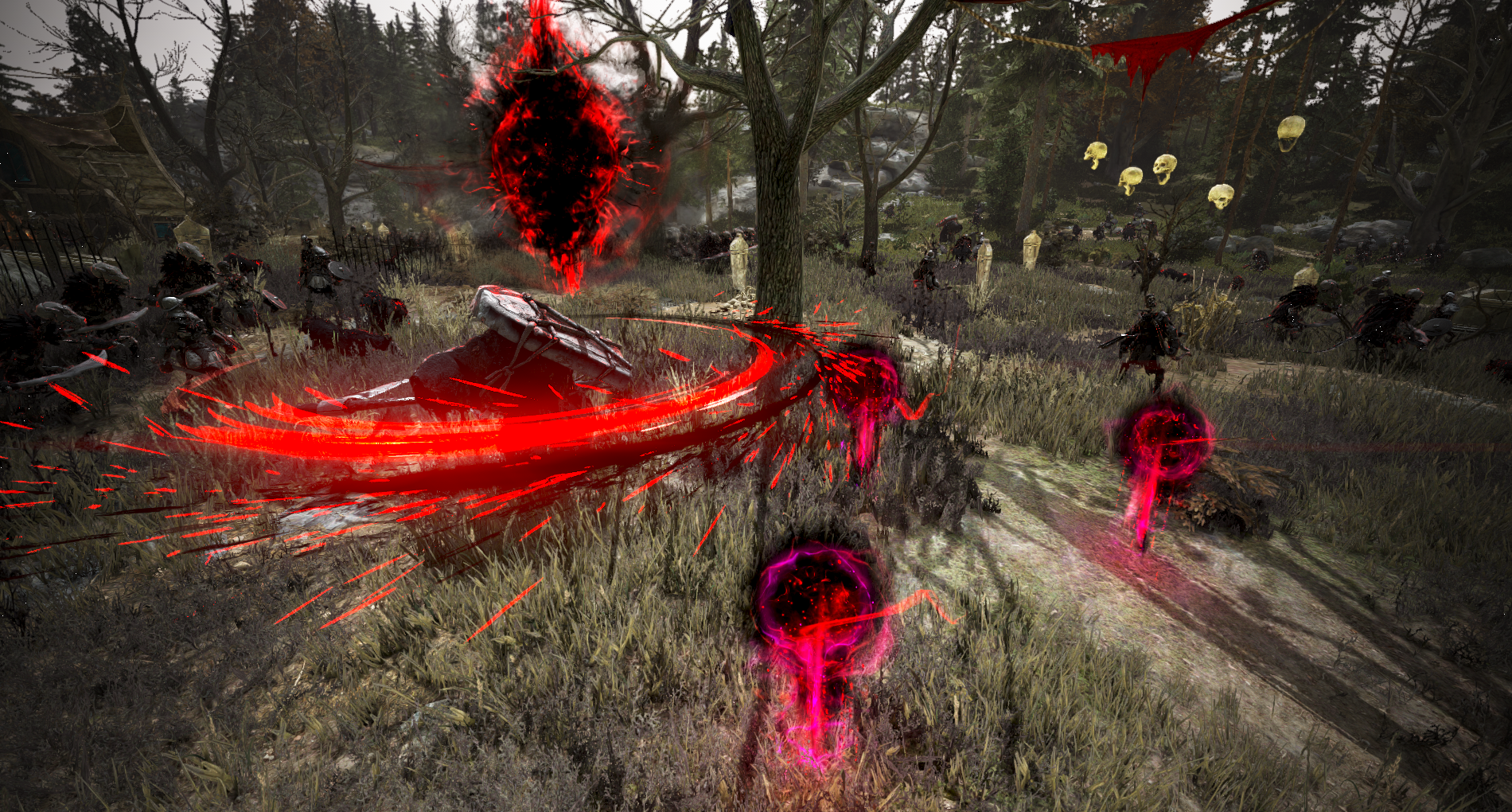 The difficulty of enhanced bosses such as Stormbringer Karanda, Nightmare Kzarka, Bloodstorm Nouver, Thundercloud Kutum will be reduced.

Attacks that were too difficult to avoid, or attacks that killed in one hit because the damage was too high even with adequate defense were reduced. also improved the visibility of attack range and attack patterns to see more clearly, react and avoid.

In addition, the flight pattern has been adjusted so that it does not fly for too long, and in Kutum, after purifying the dark cloud debuff, the enhancement effect that can be obtained when 3 or more people gather is improved so that even one person can receive the dark cloud debuff when the gimmick is destroyed. has strengthened its merits. We are constantly reviewing and contemplating the compensation of the bosses. Thank you for your comments.

A ‘Artifact preset function’ has been added to help adventurers set their artifacts more comfortably.
Following the previous relic bag update, we focused on developing to provide preset functions quickly.

Presets can be specified after selecting ‘Edit Preset’ in the Artifact bag, and you can easily mount and manage the set artifacts by clicking the ‘Install’ button of the saved preset.
In particular, since the Artifact bag is shared by family, we expect that it will be more convenient to use the relic with multiple characters through the preset function.

We ask for your interest and use of the artifact preset function. 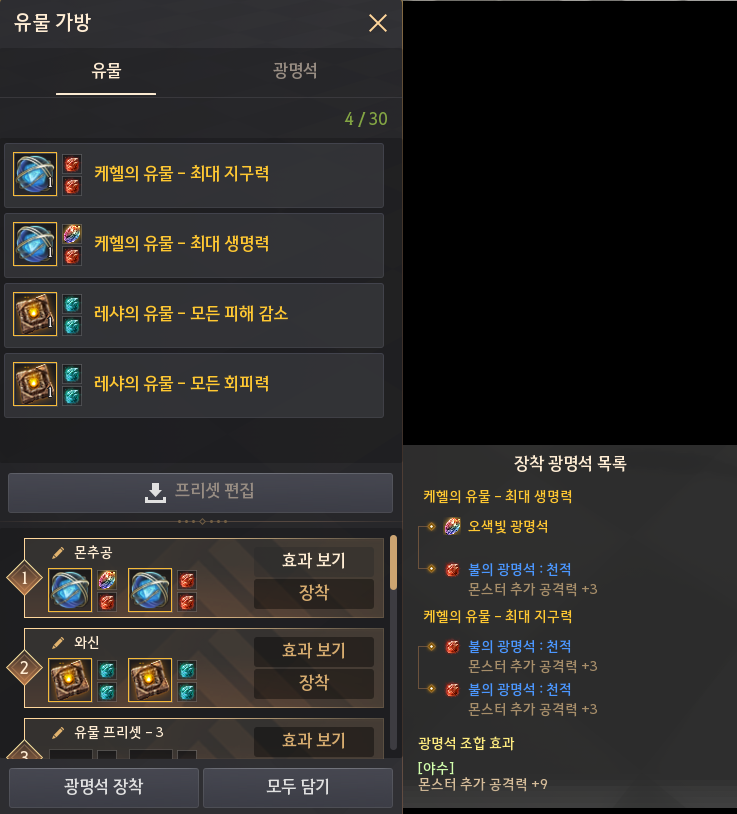 ※ ‘Season: Dracania’ graduation will be available after the regular inspection on May 4, 2022, so adventurers will be informed in advance for your reference.

※ Other details are the same as the previous season server, and details will be provided when the official server is updated.

For novice adventurers and guild missions to carry out fishing-related quests more smoothly, among quests that require catching a specified fish, the quests that need to be reduced in difficulty have been improved to catch fish of a specified grade. 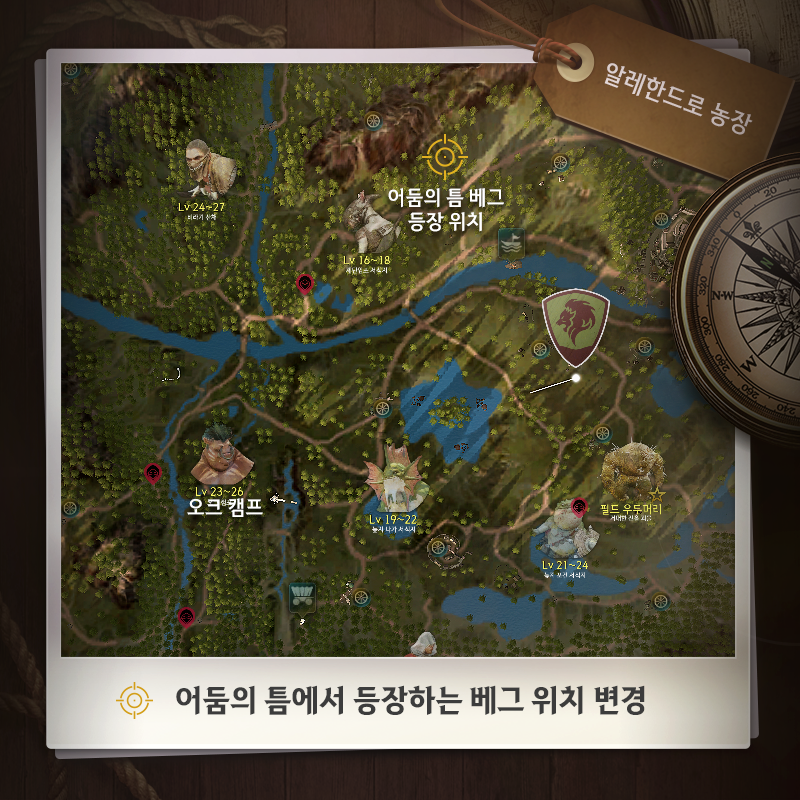 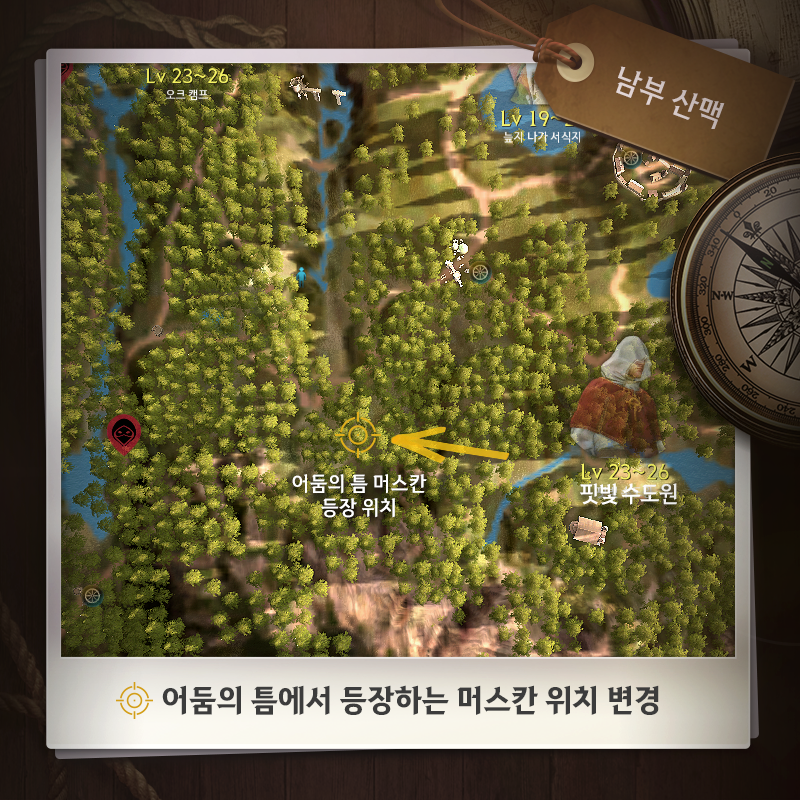 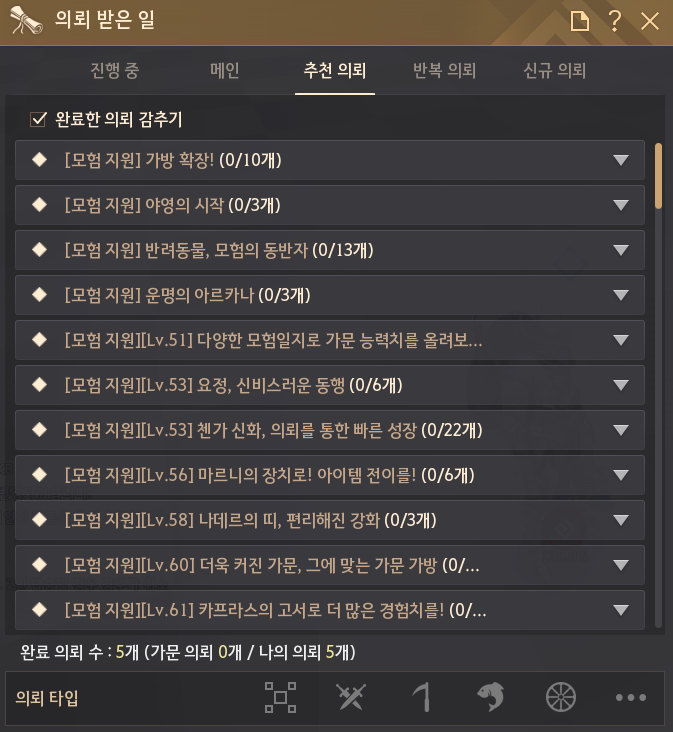 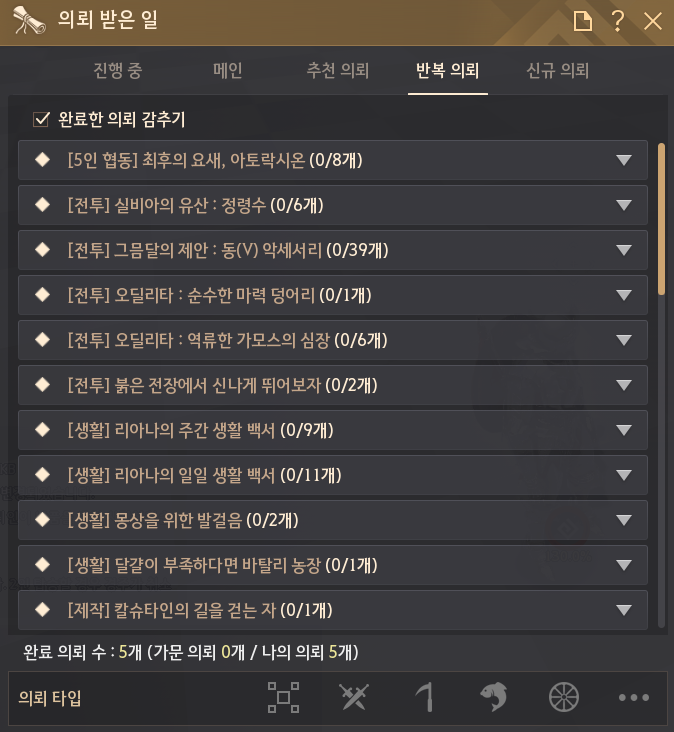