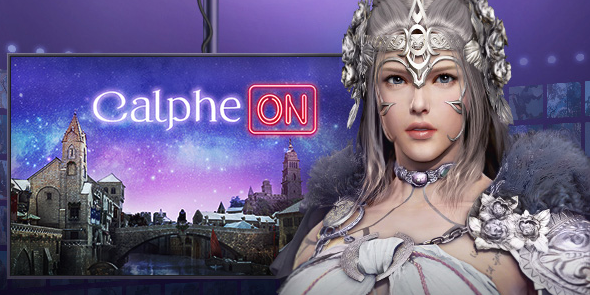 This year the Calphe:ON Ball has been changed to be more of an open discussion instead of showing a roadmap. Content which is close to being released has been showcased and from now on, future presentations will be in the same format. In episode 2 of the Calpheon Ball, another update will be showcased which is as big as the main content update this time. In the future, updates may be shown through different formats such as Late Night Talks with PA, instead of always through the Heidel and Calpheon Ball.

The presentation today was hosted by CM Endlaive and CM Lemoria, with CM Alejandro translating the the event live for us! Make sure to give some love to the CMs and all the staff working in the background to make Calphe:ON Ball possible! <3

If you missed the presentation you can watch it here:

Pearl Abyss stated that they are aware that the class reboot is disappointing for many adventurers, and promise that the changes will be continued once the reworks come to live servers, and to keep providing feedback. To give thanks for adventurer’s patience during this time, they have prepared several gifts and a special event.

All coupons and details have not been shared yet. Please check back later for an updated list since there are lots of goodies to claim!

Twitch Drops:
Twitch drops are back between 13th December to January 1st. Check the official post for all the rewards and how to link your accounts
https://www.naeu.playblackdesert.com/en-US/News/Detail?groupContentNo=2275&countryType=en-US

Special Event:
Character tagging will only cost 1 Marni Fuel during the event period! More information will be added later.

Scroll of Equilibrium:
The scroll is available through the rewards tab (Y) from 11th Dec to 9th Feb. The item can then be exchanged at Alustin after 29th Dec, for a Chest of Equilibrium, containing a special scroll and HP/Breath/Strength EXP coupons. The special scroll can then be used to transfer your level, Combat/Skill EXP, Inventory slots and Weight from one character to another.
Full details can be found on the official website –
https://www.naeu.playblackdesert.com/en-US/News/Detail?groupContentNo=2295&countryType=en-US

This year the Calphe:ON Ball kicked straight off with a live sneak peak at the new Winter region, before an official trailer was shown of the upcoming area.

The new region is called the Mountain of Eternal Winter and is finally arriving early 2022 globally (approx March) after a particularly lengthy development. A global release was not possible for this region due to translations and localisation, but will be coming to Korea very soon. 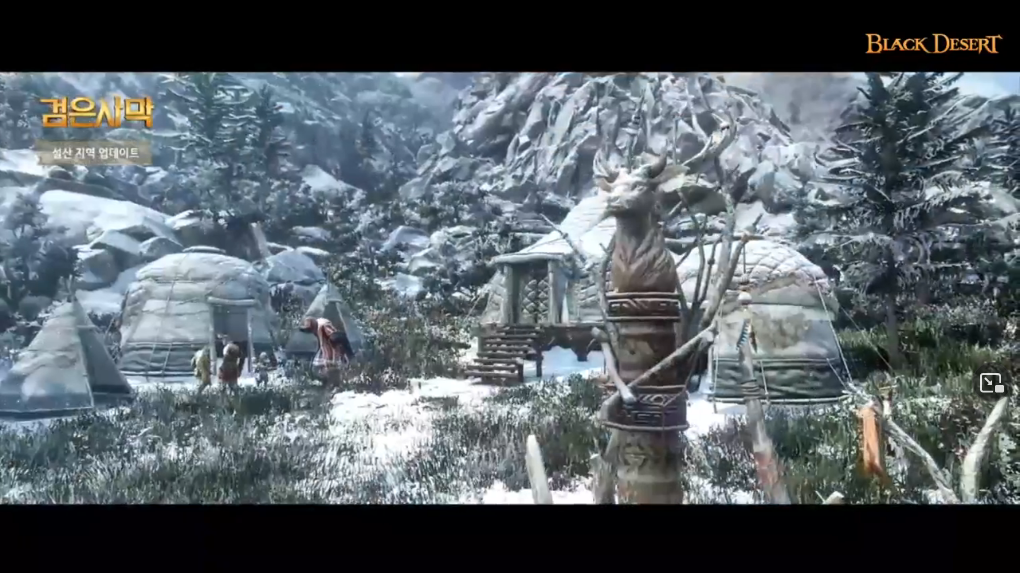 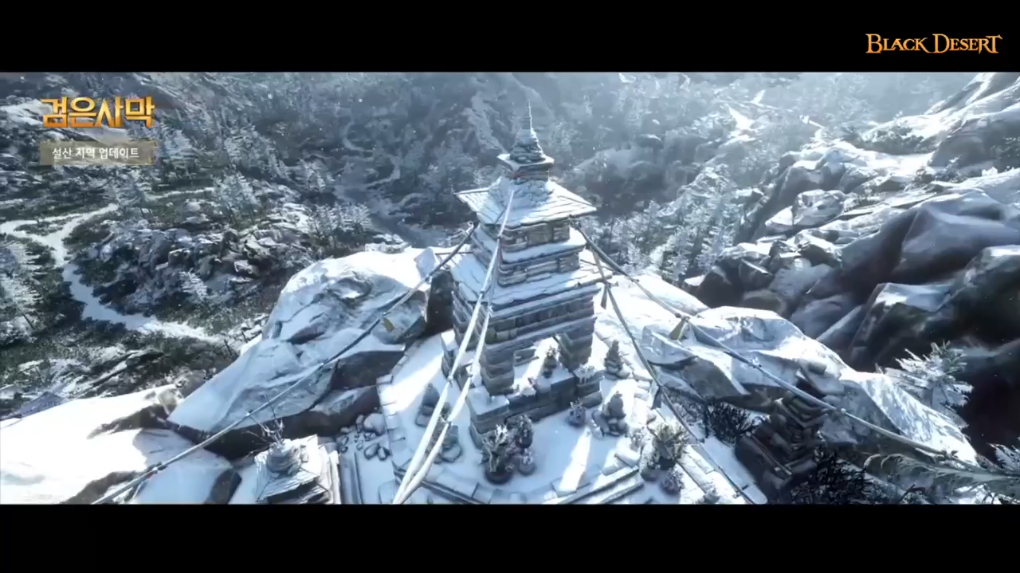 The snow capped mountain peaks are distinct and this new area will be different from other regions. The extreme temperatures means there is constant snow and extreme weather elements at all times. Another focus on the new region was to add replayablility so that players will want to come to the region again and again even if they have finished the story line before. The new area is suitable for players even at level 1, but also has content for experienced adventurers too. New players will have the option to start their initial journey at the Mountain of Eternal winter with a completely new starting questline.

In the live demos, the developers showed a revamped questline with full voice acting and new mechanics such as stealth objectives. 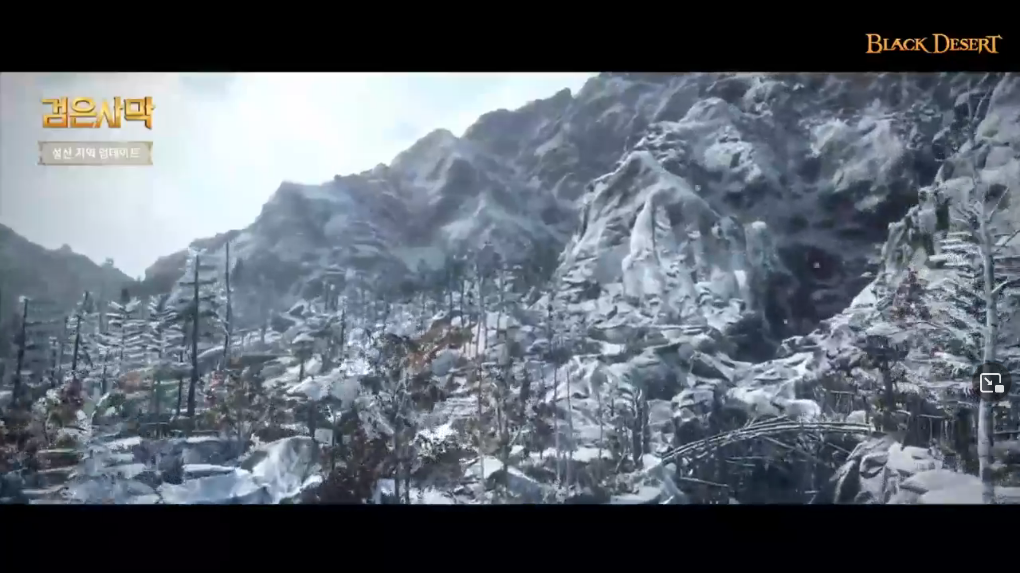 Monster zones for Mountain of Eternal Winter have mechanics designed with more strategies and less running in circles for endless hours. The monster zones are going to be soloable zones. The first zone is called the Labyrinth and although it is a solo monster zone, the more players around you, the higher chance the boss will appear. The monsters in this zone are insect inspired and the queen monster is the boss. Players will work together once she spawns to help defeat her and all gain rewards. 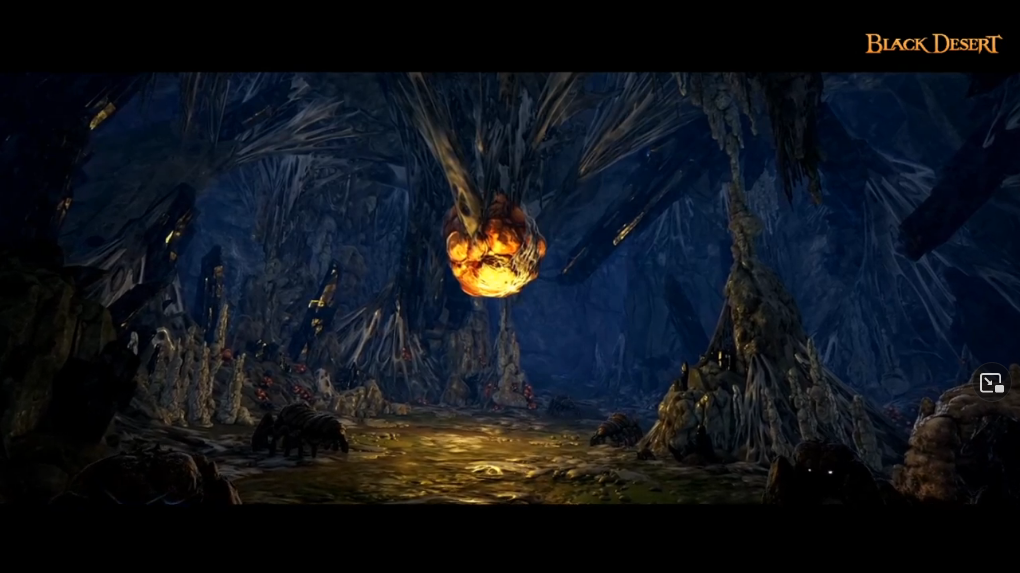 The next monster zone is similar to an escape room/prison break. Once you enter, you will need to complete certain objectives and puzzles/mechanics to open the different gates and rooms. The concept of this monster zone is to be a PVE dungeon and was inspired by Dungeon Keeper and other similar dungeon crawling games. There are different objectives and mechanics for each room and due to its design, it can be expanded on in the future. There is also a special Golden room that players may come across if they make their way through this area and complete all the objectives.

The next monster zone is similar to the stars end crystals. There are towers around the area and hordes of monsters appear once the towers are attacked. The advantage of these spots is that you can sit in one area and have the monsters come to you. Some events may happen, such as random elite monsters can spawn and monsters having different mechanics.

Okjinsini monster zone is the green gem monsters shown in the trailer. These monsters explode when they are killed and damage the other monsters around them. Whilst grinding you may also come across random events where a large blizzard will appear and the guardian of the void will come to challenge you. This is designed to be a difficult fight which is rewarding. 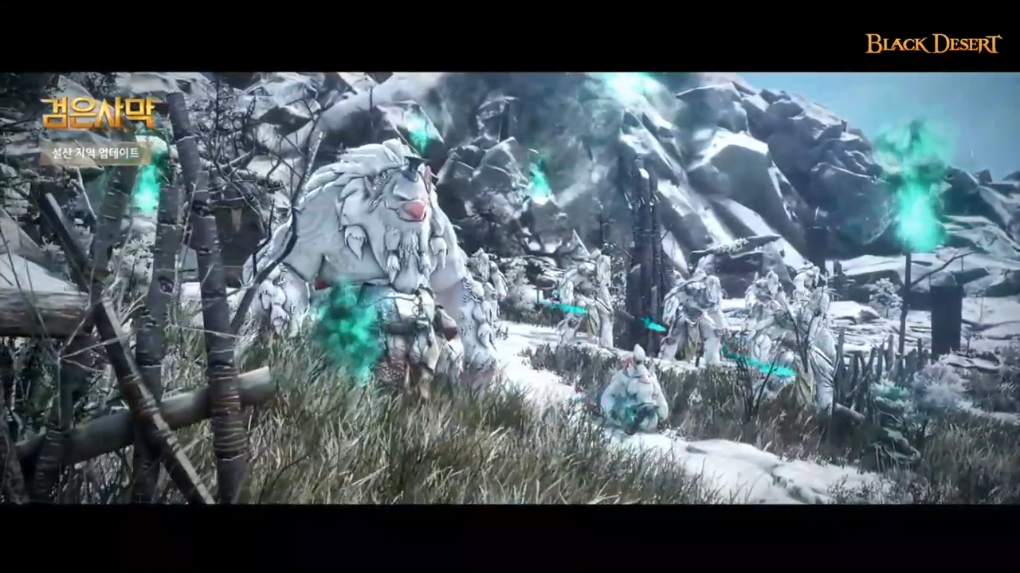 A new gear slot has been added called “Artifacts”, which are the first new gear slots since Alchemy Stones were introduced.

There will be 2 slots for Artifacts and they are designed to be like a “good luck charm” that can add more customisation to stats and allow more diversity to your build. Each artifact item can be infused with “lightstones” which are similar to crystals but will not be destroyed if you die. The stats can be things like HP, Evasion, Accuracy, etc. There will be multiple options and players can mix and match the lightstones to create what they need. The lightstones can also be leveled up and enhanced.

The Fallen God Helmet (called Labreska Helmet) will be added with the new region and will be obtainable in a new way. The helmet also has a unique set effect which can be used with the new Blackstar Sub-weapon, which has also been shown and will be similar in PVE when compared to a PEN Kutum.

The Deboreka belt will also be introduced, but this item will drop from the Crypt of Resting Thoughts in Odylitta. The stats for this item is 24 AP and Accuracy 12 at PEN. 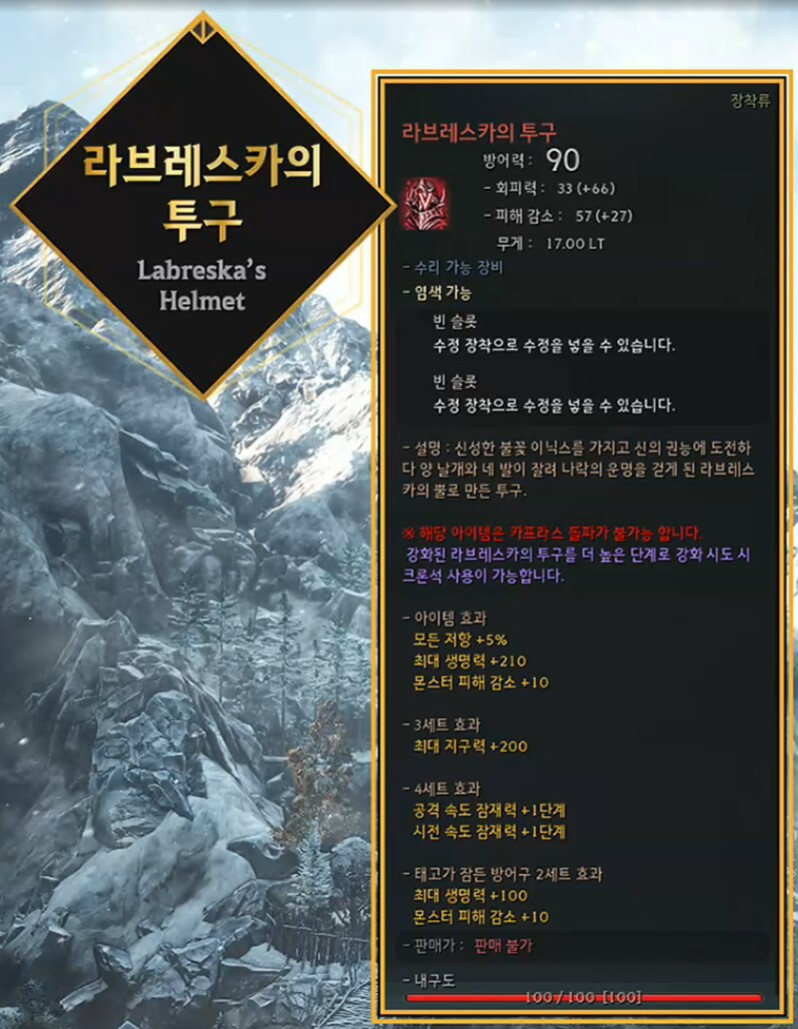 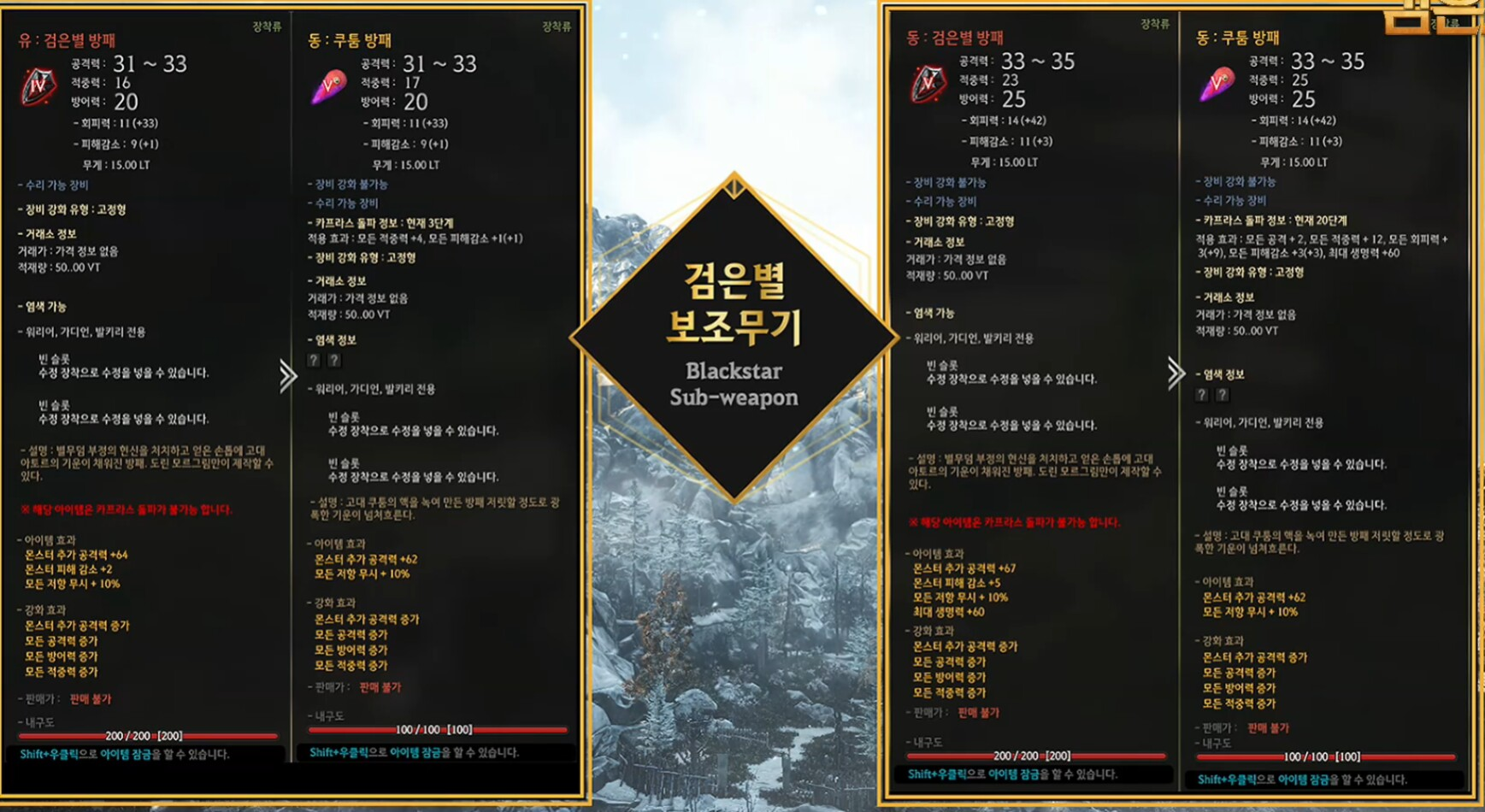 In the snow region, transporting around the map will be more difficult due to the terrain, because of this players will be able to use a snow board down the mountains. A clip can be seen below.

A sneak peak at a Shai riding an Alpaca was also shown, indicating that this new mount will be arriving as well! Later in the same clip, a Shai could be seen ice fishing. 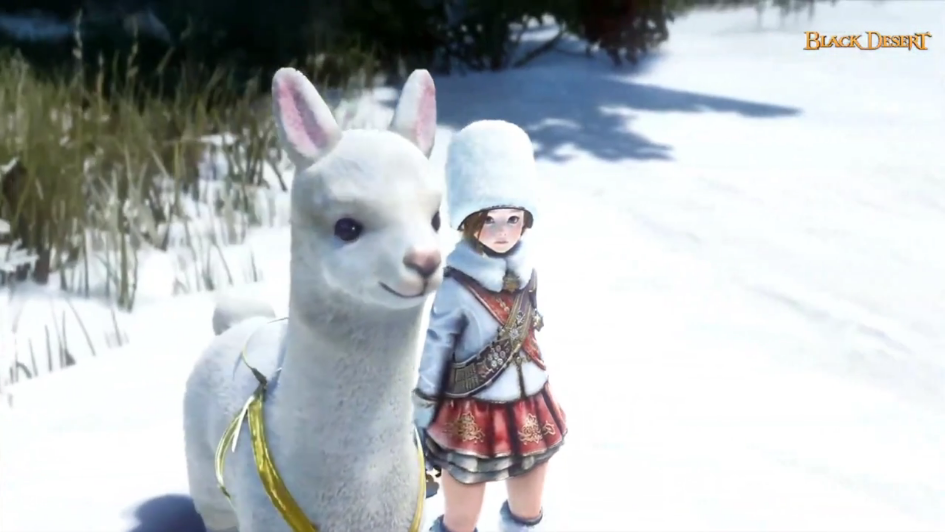 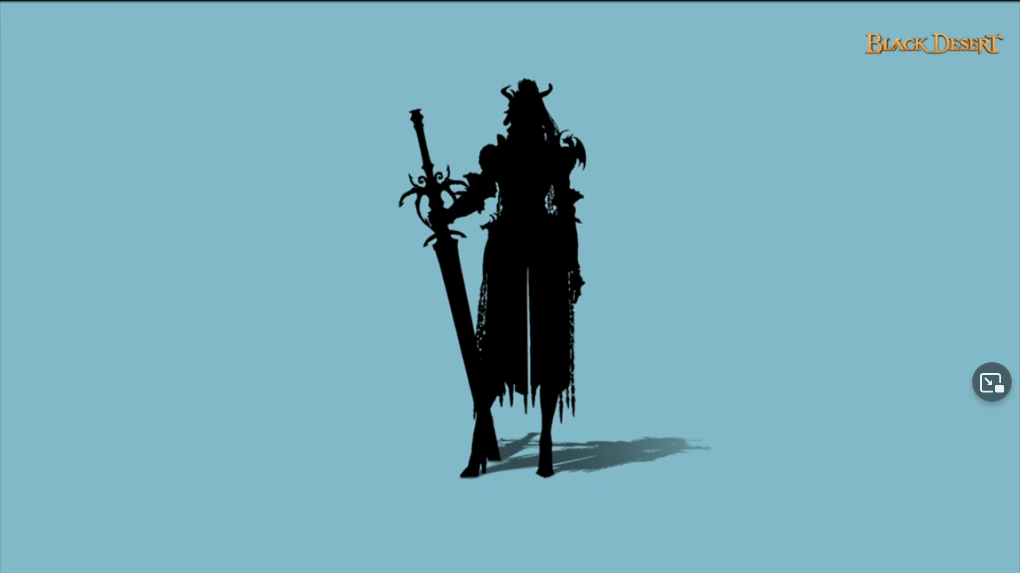 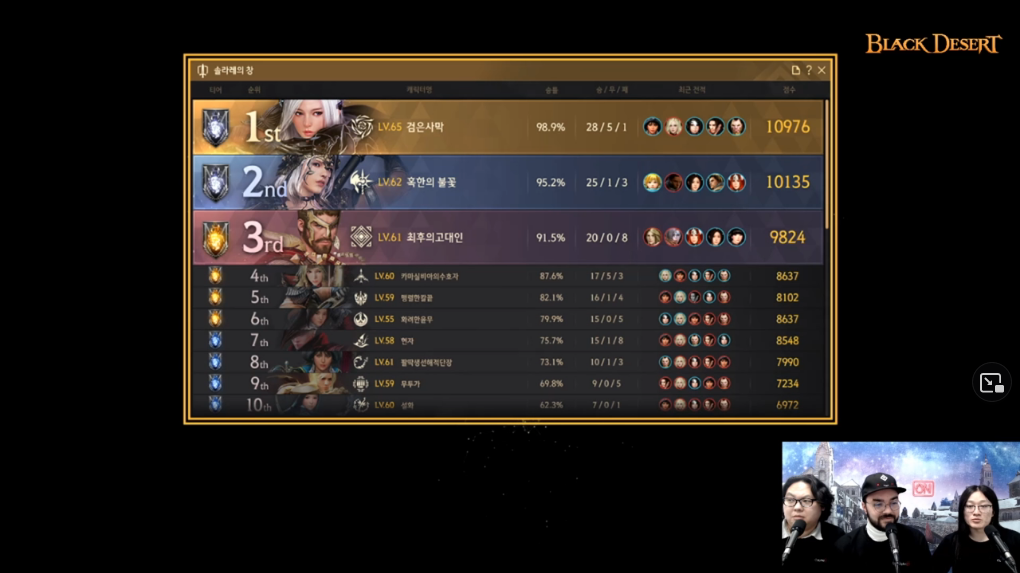 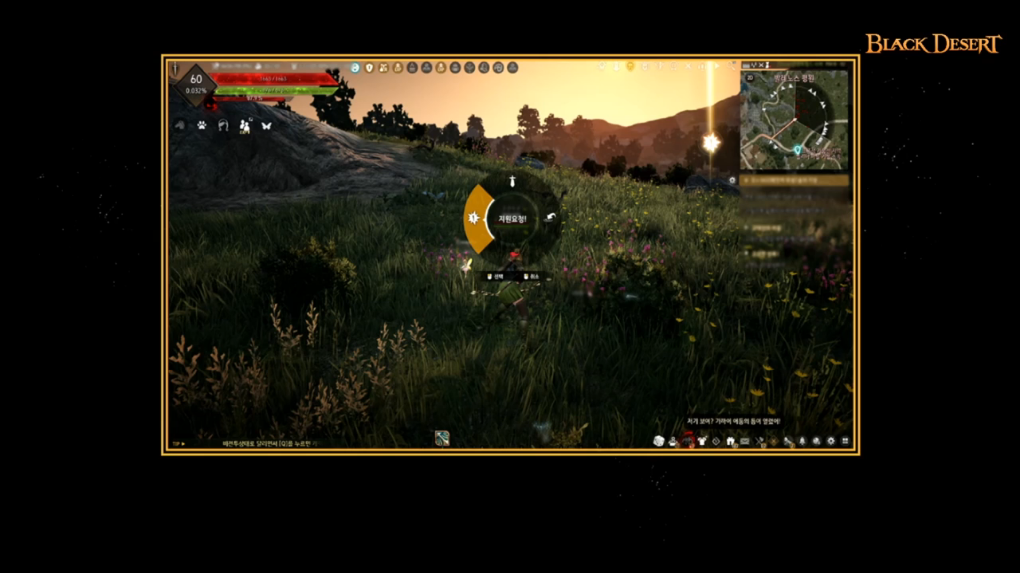 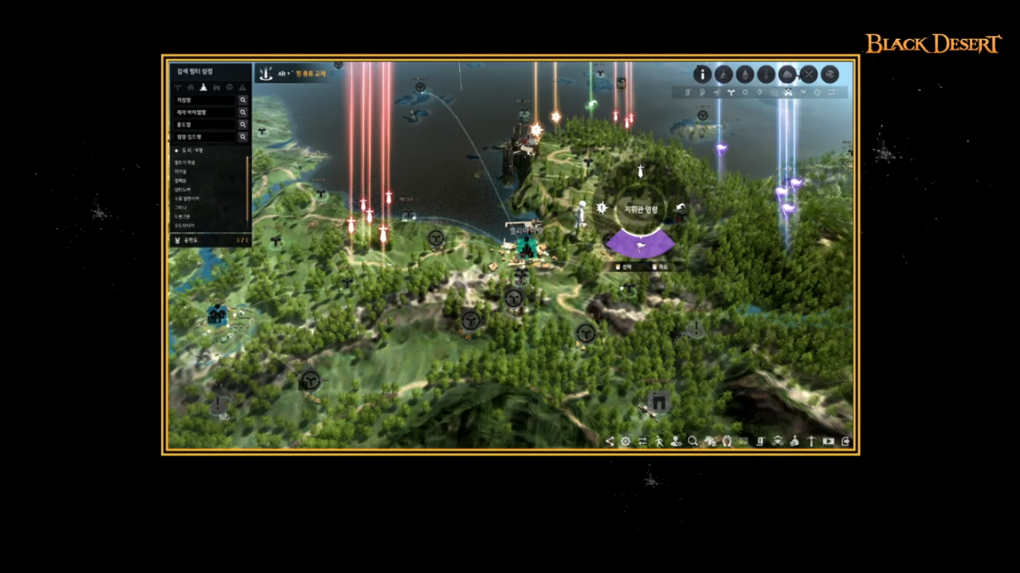 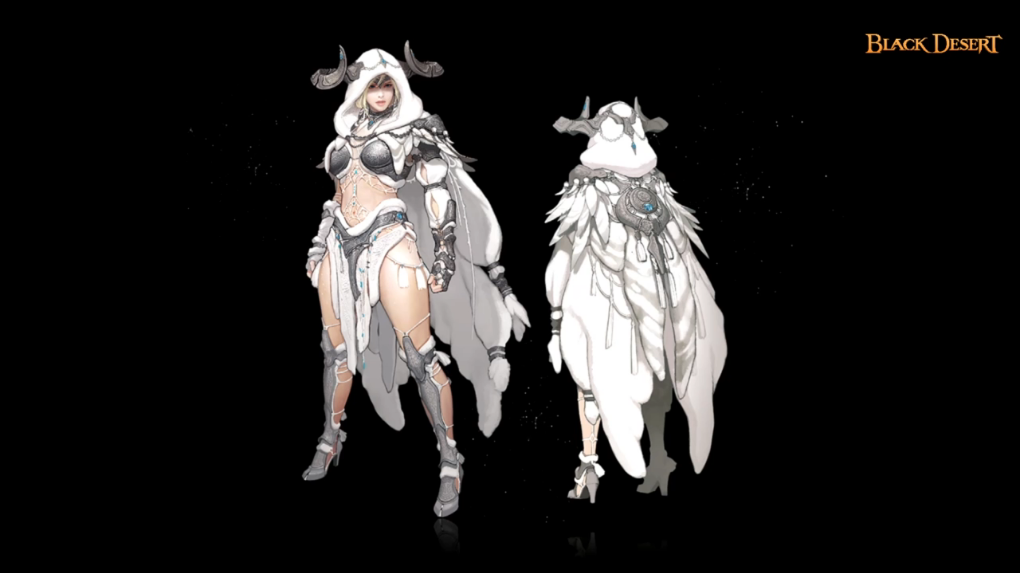 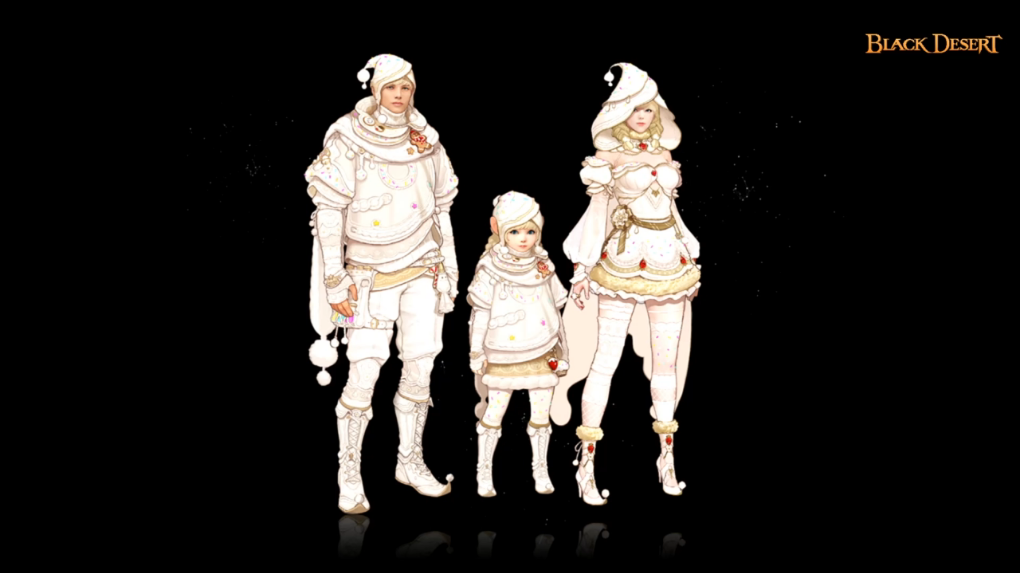 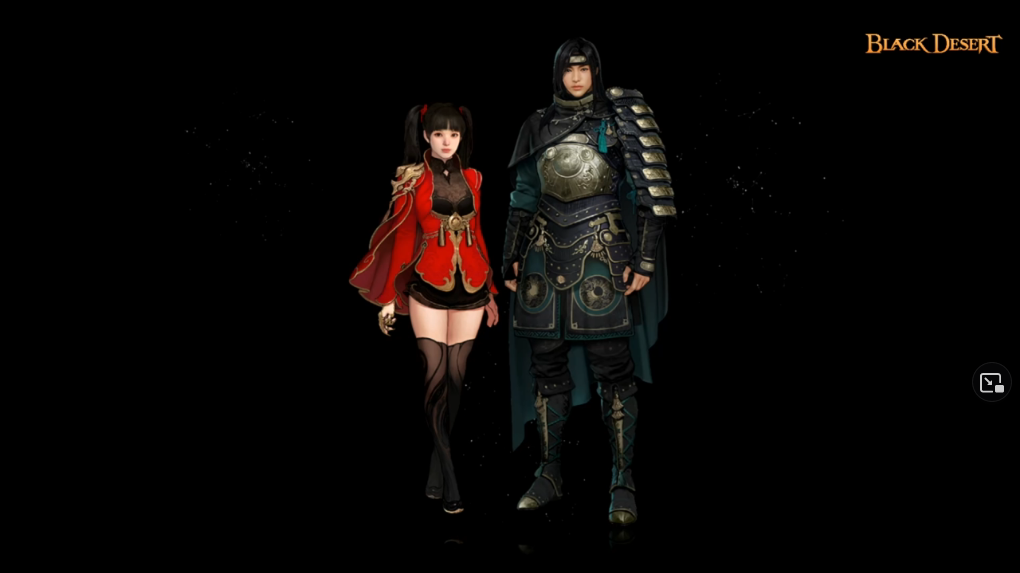 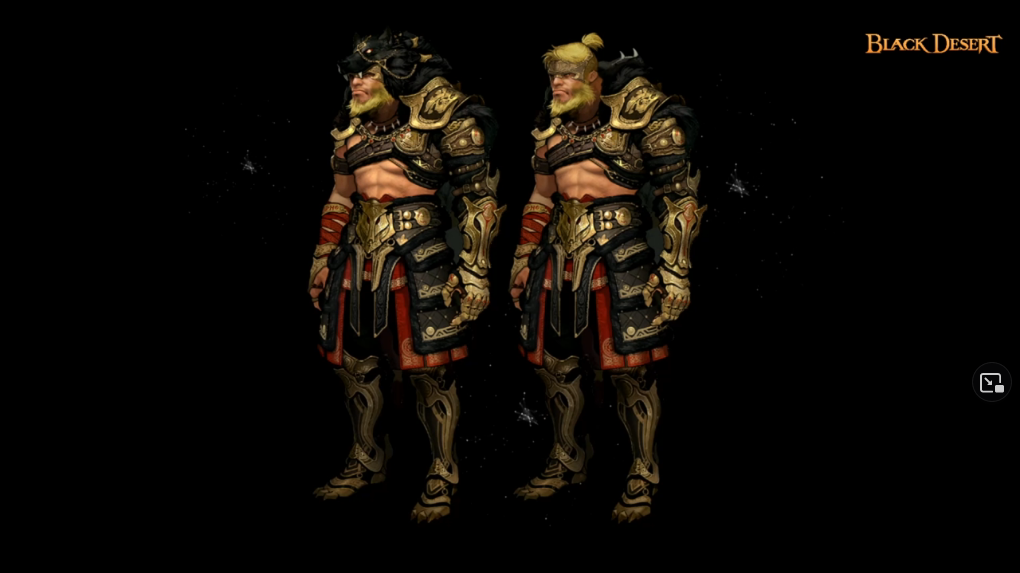 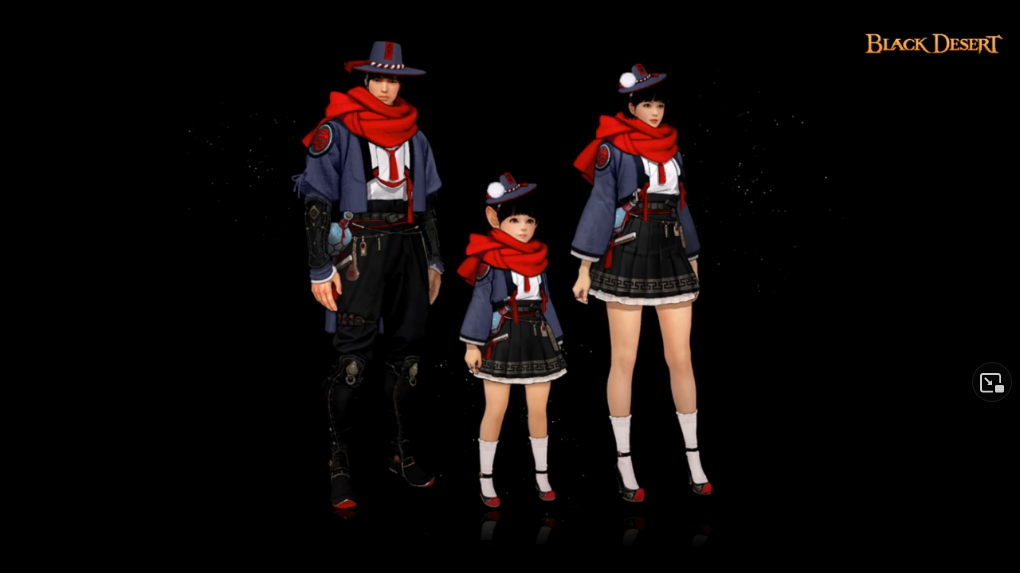 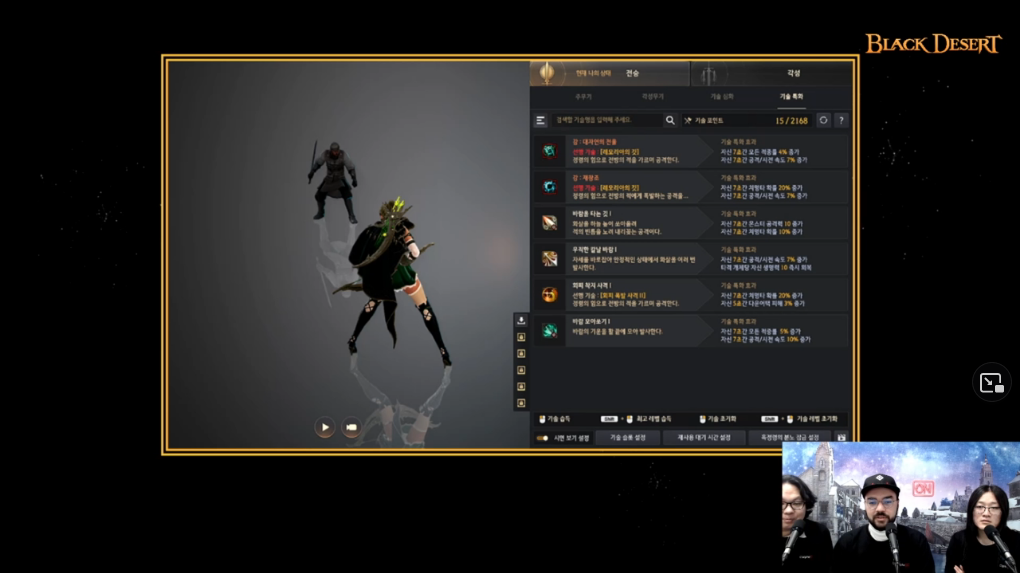 The Live Q&A section was taking questions directly from players at home.