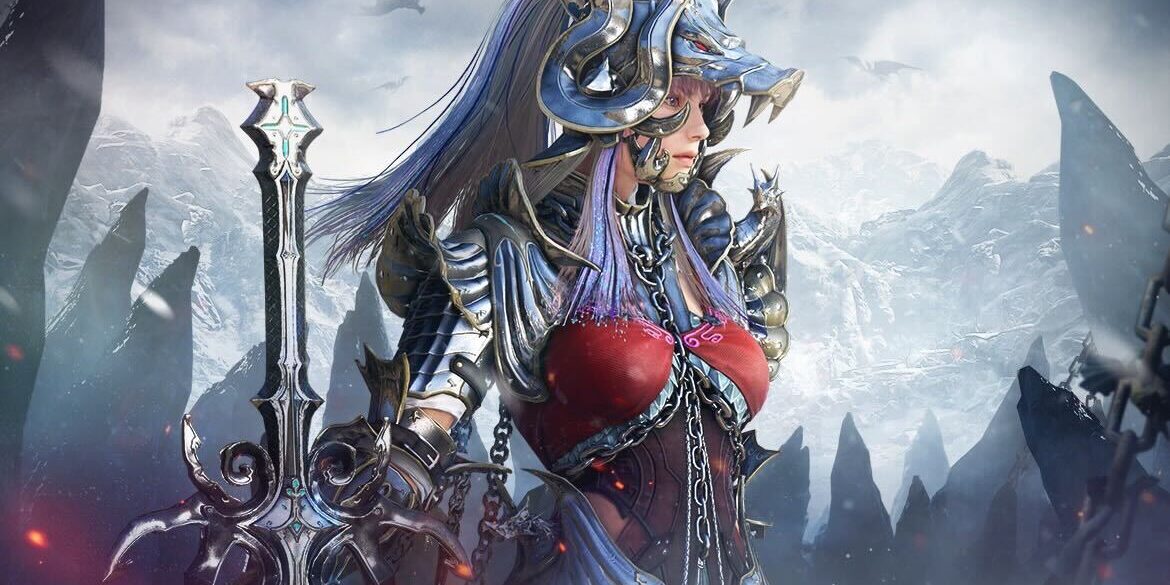 Coupon Codes can be redeemed on the official website, or in-game by going to the ESC menu > Adventurer Support (F11) > Use Coupon (4) 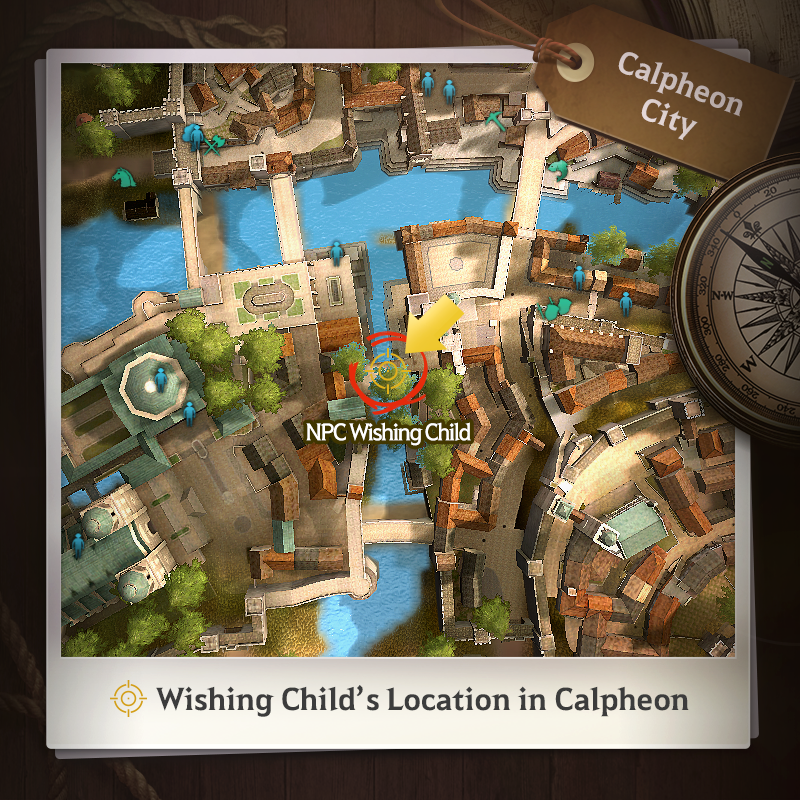 A Lantern-lit Night of Stars 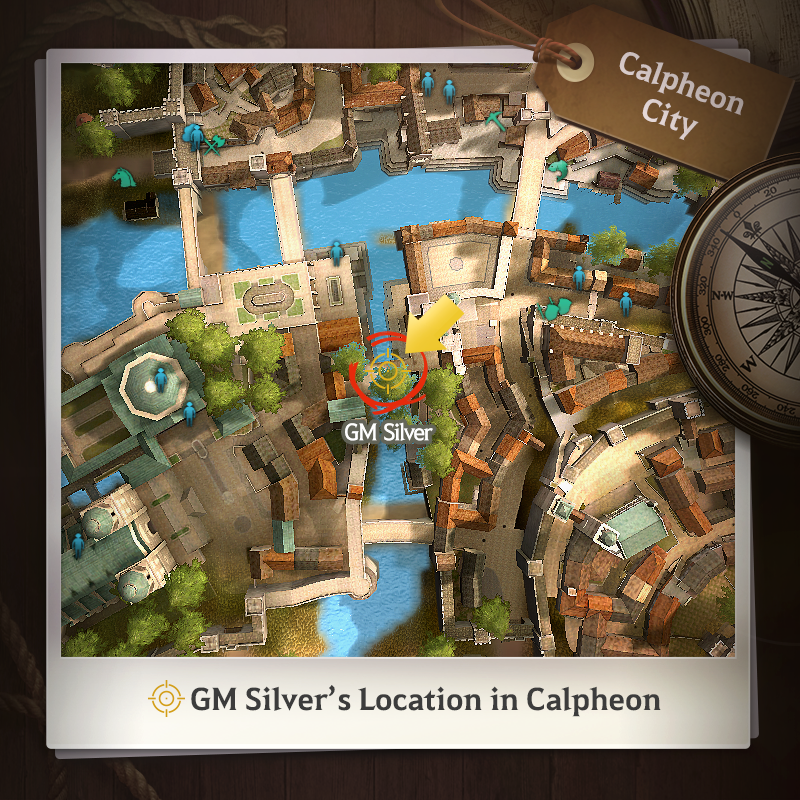 Gifts from a Stranger 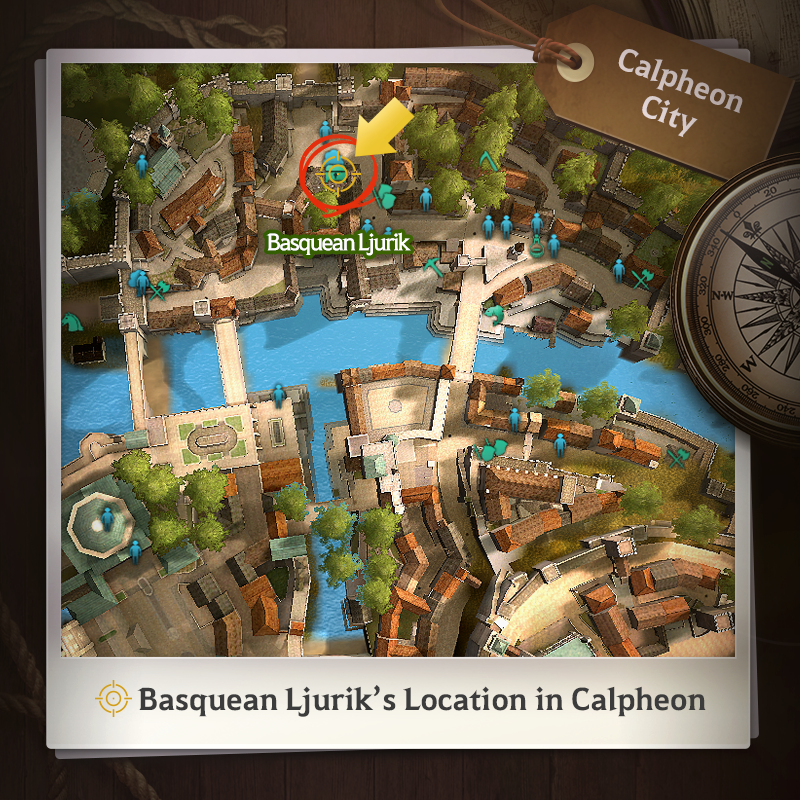 Drakania will be the next class (24th class) in Black Desert Online. The class will be release on 6th April 2022 globally and pre-creation will start on 30th March 2022.
A new season will also be starting on 6th April, and Mountain of Eternal Winter will be released in EU/NA PC.

The class will be released with the Succession skill kit, but Awakening for the class is still under development and will be released at a later date. From now on, all future classes will be brought with succession and awakening kits will come later.

Drakania is the “Destroyer of Ynix” and descendant of the the dragon Markthanan. Since the Guardian class is a decendant of Labreska, the two are mortal enemies (as teased in the trailer) and are at war. More of the story will be revealed in the game, such as the identity of Drakania’s mother. 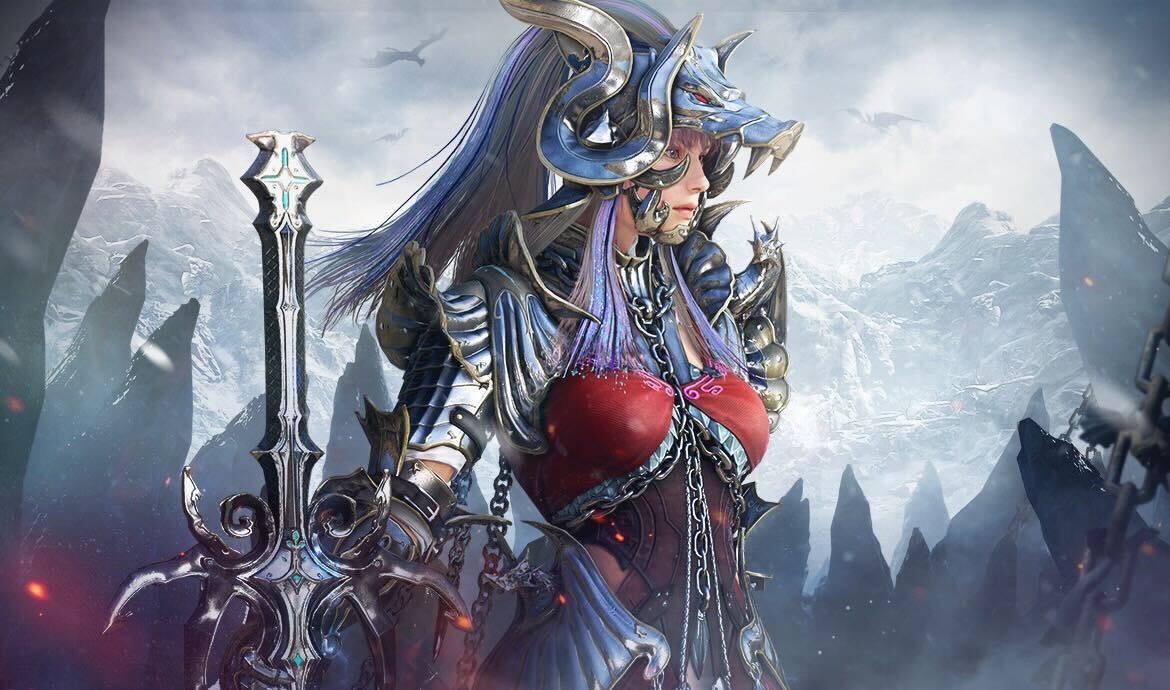 Drakania uses a 2 handed greatsword called “Slayer”.  She has a mixture of lightning and fire skills with a dragon theme. Her skills are hard hitting melee skills and the developers wanted to break the stereotype that two handed swords are slow. During development Pearl Abyss considered whether she should be the mirror class to an Awakened Warrior, but they wanted to capture a unique style and feel to the class.

The “Slayer” mainhand has a “Heart” inside it and the offhand is a smaller sword named the “Shard”. The class also has a new resource called “Ion Energy” with is obtained through the “Shard” offhand weapon. Another common issue with other classes is that the charging attacks are not worth it because of such a long delay. Ion Energy aims to fix this problem.

Drakania can remove the “Shard” from her main-hand during combat and use it to hit enemies. This will generate energy, and can also steal resources directly from enemies. Once the Ion Energy is full, skills can be used to their full power without having to charge them first. In addition, when using Ion Energy, a “Ion Area” is created around her. Inside the Ion Energy, monsters are hit by trauma and are taunted. The Ion Area can also be used in different ways. For example, it can be used strategically in PVP remove debuffs (such as movement speed debuffs) from allies. Using the Ion resource also has a visual effect on the skills so you can differenciate between normal and enhanced skills. Complicated combos and resource management will be key when playing Drakania to get the most out of the class.

Black Desert has lots of great soundtracks, but Pearl Abyss felt that there wasn’t enough opportunities to hear the music outside of the game. The music of the game will be added through the Pearl Abyss Music Channel.

This is a Youtube channel where you can listen to all the muic and all videos are seperated so you can make your own playlists depending on your taste. Various tracks, such as a 1 hour track, music video, orchestra, and behind-the-scenes videos will be added.

Audio has been remasted in the past, but Audio Remaster 2 hopes to solve some of the problems that were not addressed in the last remaster. After this remaster, the audio will be revamped so that there are different categories, and an area will have music according to which characteristics they meet.

Each zone will be split into many different areas to give more variety, instead of just one song for the entire region. With the Audio remaster, horse riding music will be brought back as well, it was removed in the past because there were cases where horse riding music didn’t fit into the area you were in. In addition, players may notice small easter eggs, such as old music from before the initial rework, when they stay in one area for a long time. This update is going to come in two parts, with the first being at the beginning of April, and the 2nd update planned for the end of April.

In the future, players will also be able to choose which music players and will be able to turn it on and off at will.

New shai “Marni” instruments are also being developed and composition options to give more variety. Several new Sythesizer Tones will be available which will add the possibilities of creating “dance” like music.

After testing out a new way of storytelling with Mountain of Eternal Winter, there was lots of good feedback from players. On 6th April a Balenos story rework and a small tutorial (which was teased in the past) will be coming to Korea. A global translation is currently in progress and will be coming to all regions and console as soon as possible.

For the small tutorial coming on 6th April, Illezra will be a focus and players will naturally learn the controls in Black Desert. The tutorial is aimed to be a majestic production and make players feel immersed in the game. They hope that with Illezra at the center of this story, it will be possible to understand the story more intuitively.

Cutscenes have been added to the Balenos main story questline and voicelines have been added to make the story more immersive. In addition, other stories are being developed and fleshed out. In the future there will be updates to Serendia and Calpheon stories. Pearl Abyss said that the Serendia and Calpheon stories are going to take longer than expected, since they are a huge amount of work, so they ask for your patience.

With the update to Balenos mainquest, certain NPCs have also had an update to their appearance. 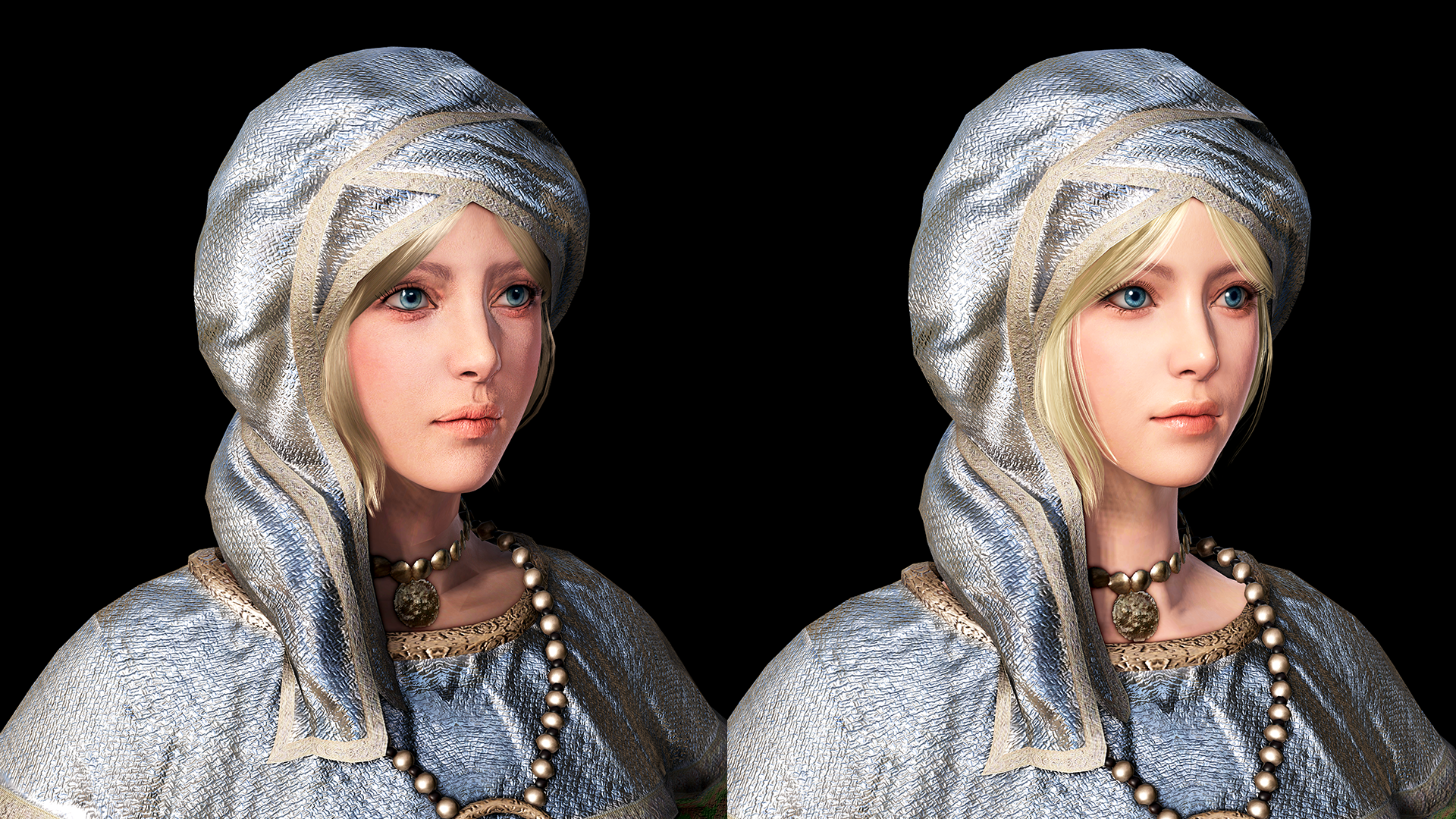 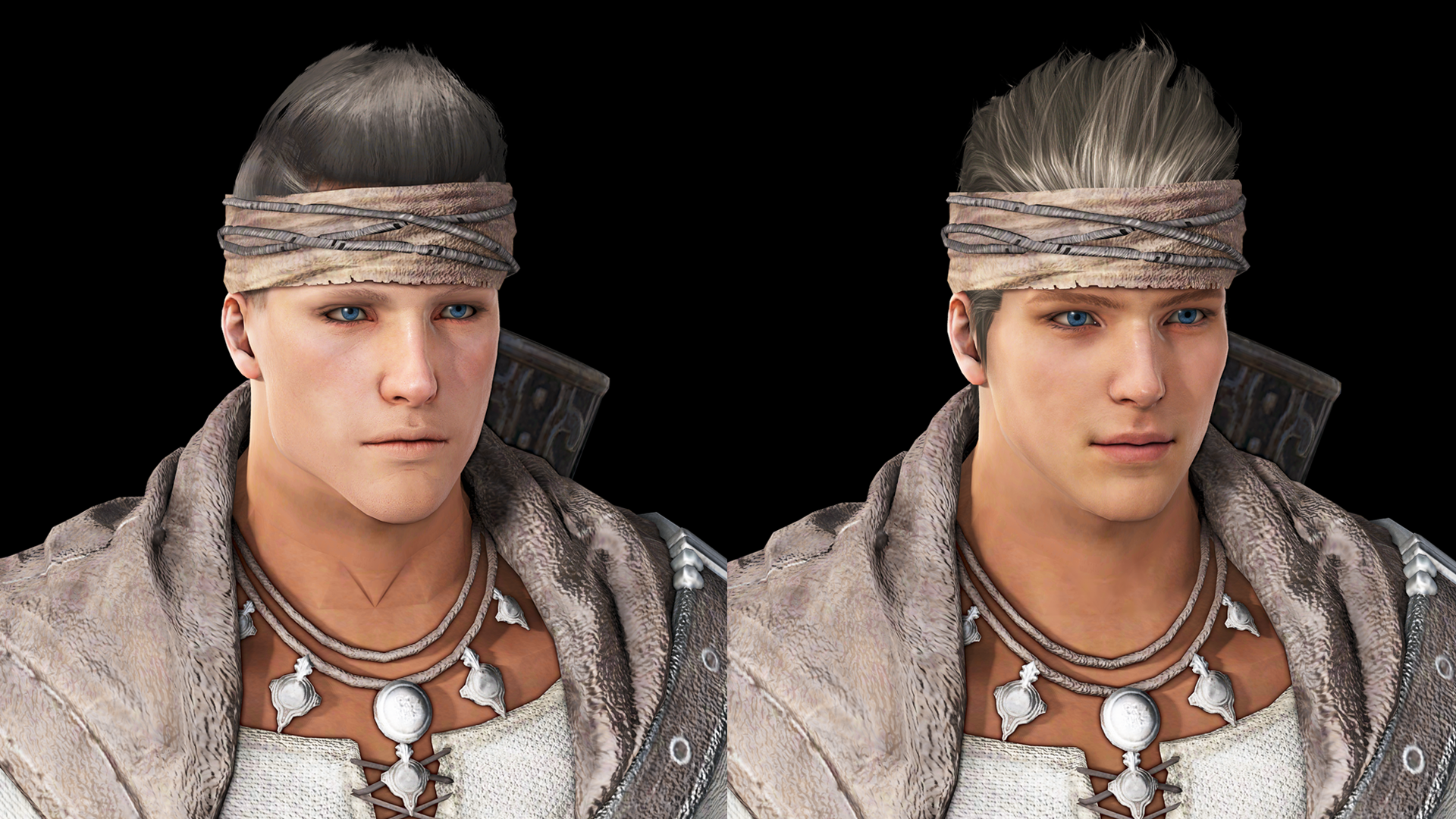 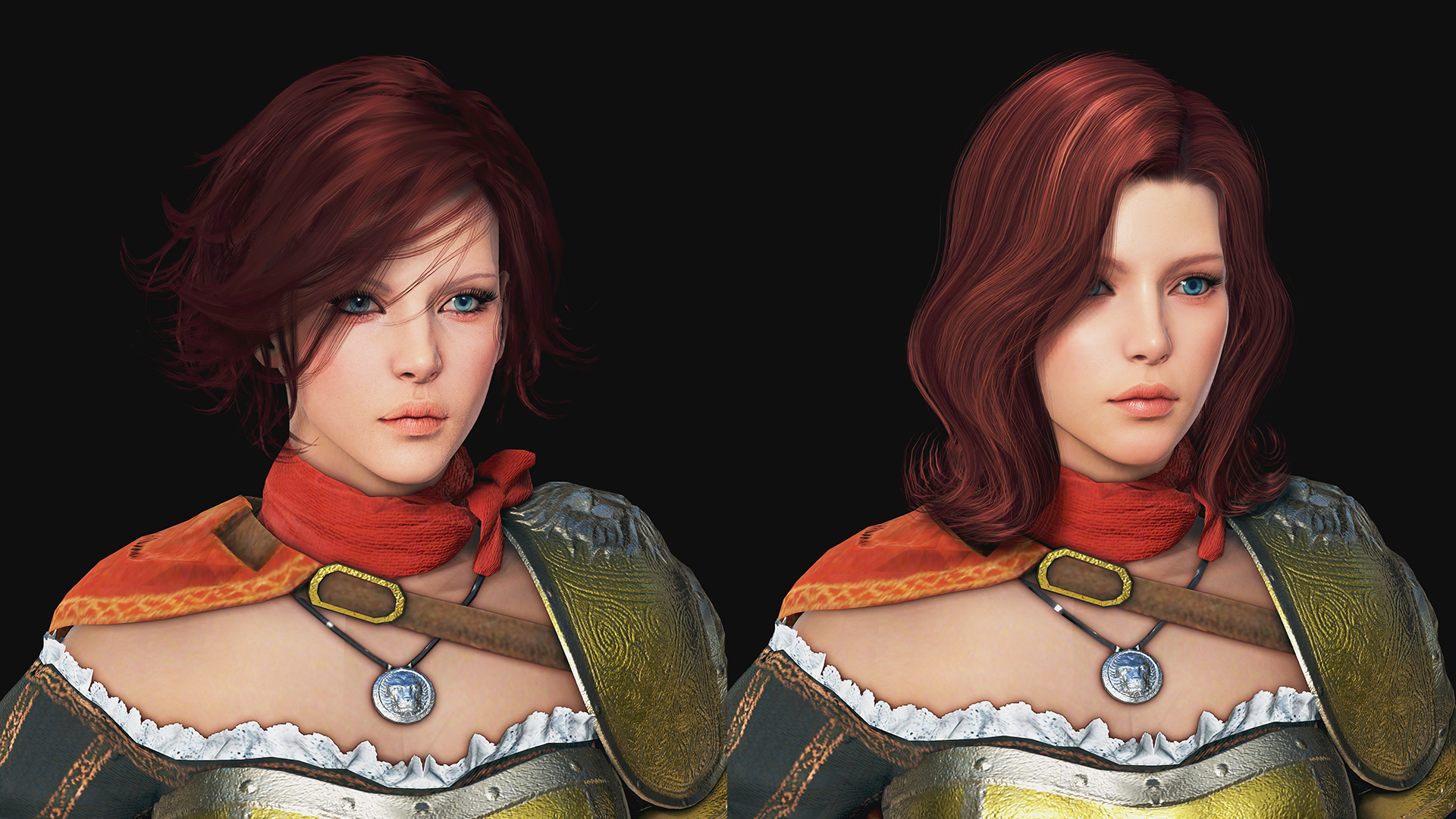 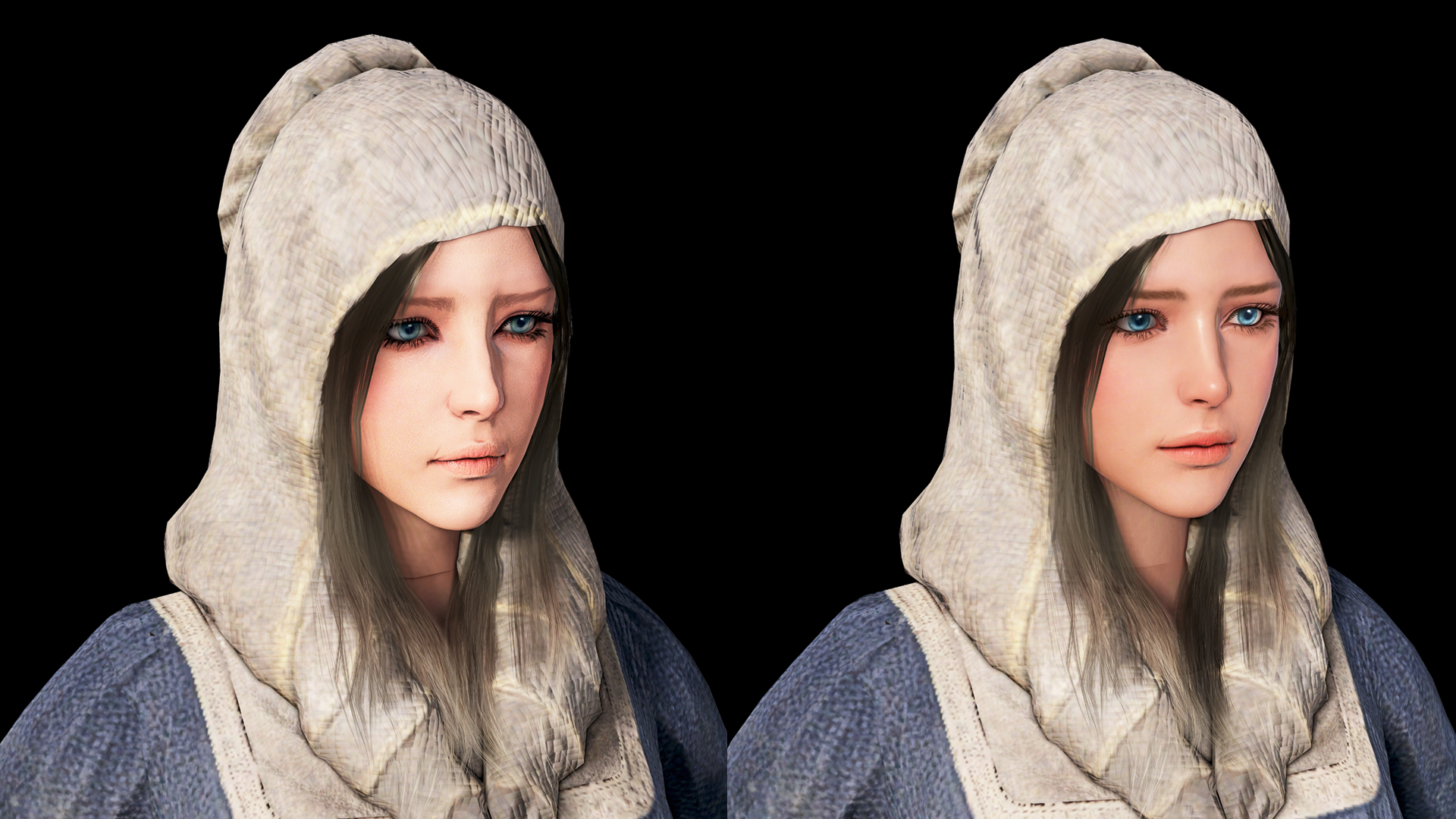 The common feedback is that Elvia Orc Camp is currently the best for silver, so why would players want to go anywhere else. The reason Elvia spots are so good is also because you can make silver directly without having to go through the central market.

Due to this feedback, the profits of all Elvia spots are going to be rebalanced to bring them closer to Orcs. One of the issues as well with Elvia spots is that some of them are highly reliant on Elvia Weapons, and your silver per hour is impacted by this. Elvia weapons will be changed slightly so that they spawn more often, however, you will no longer be able to take a new weapon to refresh the buff. The aim is for players to have a weapon for approximately 30 minutes in the total hour, and to remove some of the randomness from the spots. As well, Elvia weapons will now be a character drop/summon, meaning that other players cannot take your weapon from you.

Calpheon Elvia Realm is arriving next week on Global Lab and will be added to official servers after a balance adjustment.

The aim is to take away some of the repetitiveness from grinding in a location for so long. These new Calpheon Elvia spots will have weather specific monsters and effects, where the monsters change depending on the current weather conditions. The hope is that since the grind spot is always changing, it will stop players from getting bored if they grind there for too long in one sitting.

One of the mechanics for these new spots, is that when the Troll Shaman is defeated, they will petrify monsters nearby and make them easier to defeat.

Currently servers are split into Elvia channels and normal channels. At the moment you have to choose to play on an Elvia server if you want to grind in an Elvia spot. This limits the amount of players who can grind on Elvia and makes the spots highly contested.

In the future, the server setup will change, so that it doesn’t matter which server you are currently playing on. Instead you will go to the spot itself (such as Orc Camp) and will choose whether to enter Elvia zone or normal. The hope is that this will alleviate the overcrowding in certain spots.

As well, Private servers are going to become available. Players will be able to enter a private server for up to 1 hour a day, and can grind without the conflict of other players. If you want to keep grinding after using up your 1 hour, you will need to go and grind in a normal server. These private servers will be different from the current Oasis servers, which are aimed for inviting friends and guilds. Oasis servers are also only available from winning events and not as accessable.

After the Artifacts and Lightstone update, there was a lot of feedback that the inventory is always a mess and even worse than before. For life skillers, there are a lot of different items you need to collect, such as Manos clothes, tools and artifacts for each seperate life skill. Pearl Abyss wanted to make sure there was lots of variety and choice when it came to the artifacts, so there are lots of available options, but now this is causing an issue with inventory and where to store all the equipment. A seperate inventory space will be developed (similar to the Dye Pallette window). This is where you can store all your artifacts and lightstones. More options for lightstones will also be developed at a later date, such as Ranged Defense options, for classes who struggle against certain classes or conditions.

To further help with the inventory space issues, processing stones will be unified into one tool at the end of April.

Other planned updates include a revamp to the Item drop window, to give more information and organised so it is much clearer.

During the Marni Fuel event, the amount of players using the Character Tag was much higher and a lot of feedback was submitted about reducing the amount of fuel needed.

Marni Fuel requirements will be permanently reduced by 50% on April 6th. There will also be more ways to obtain Marni Fuel in the future, such as through events.

A new Mountain of Eternal Winter costume has been developed for all classes.

You can also find concept art for the new costumes below. 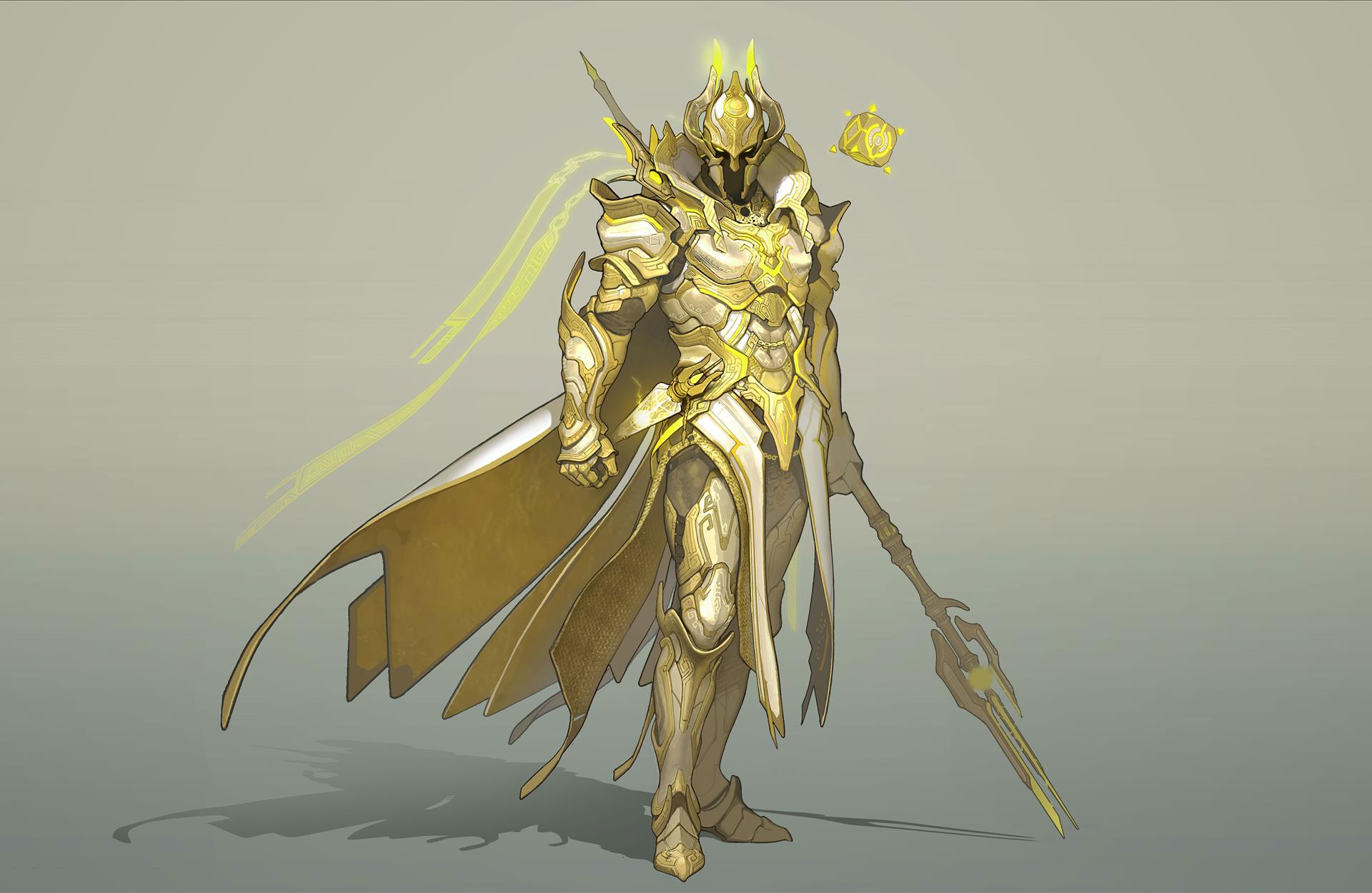 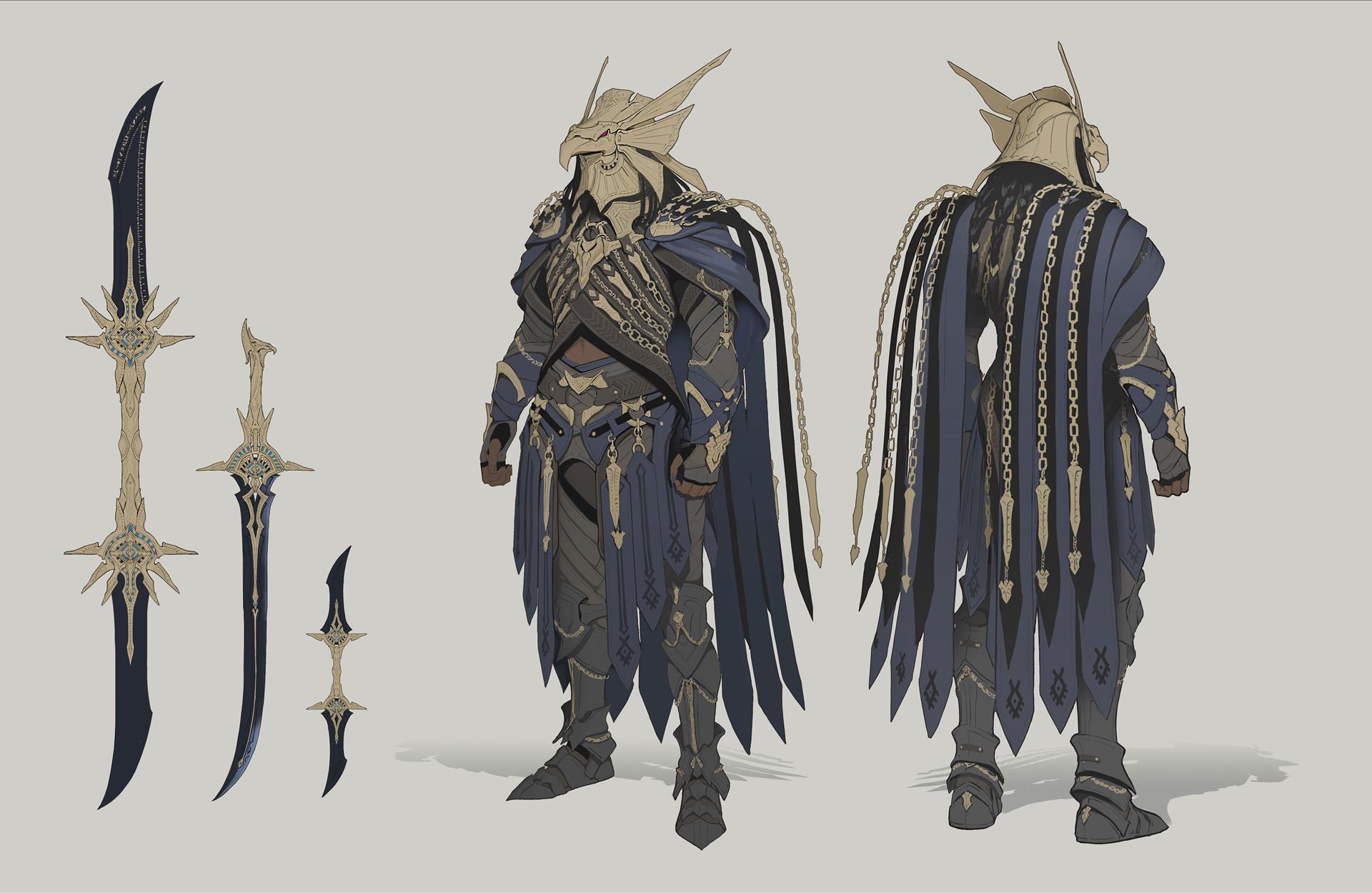 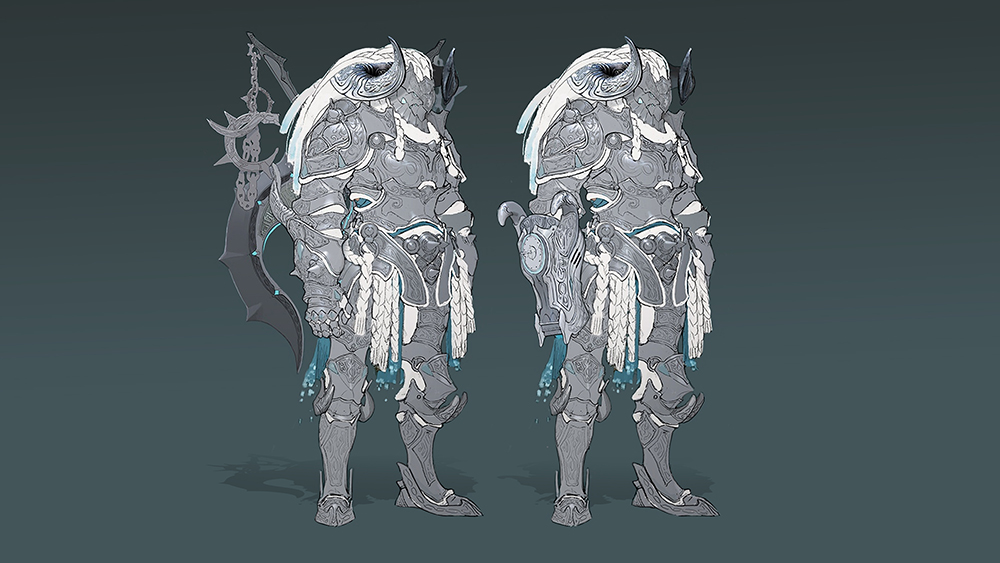 Initially Pearl Abyss was only going to develop one new carrack skin. However, due to the popularity, 4 skins in total have been developed, one for each of the 4 types of carracks.

The Carrack skin will be coming to Korea in May, this is because there is still some quality updates required. 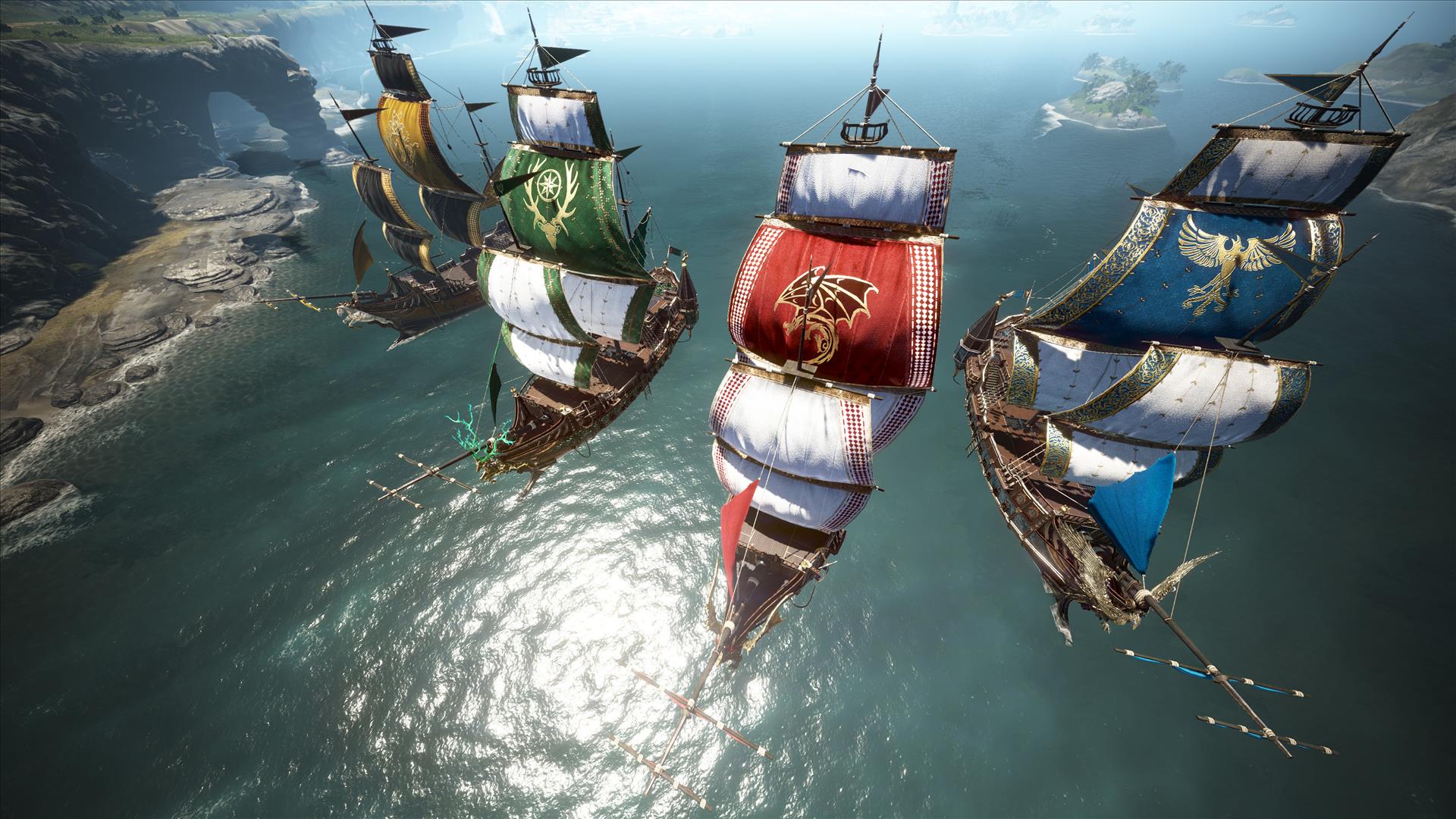 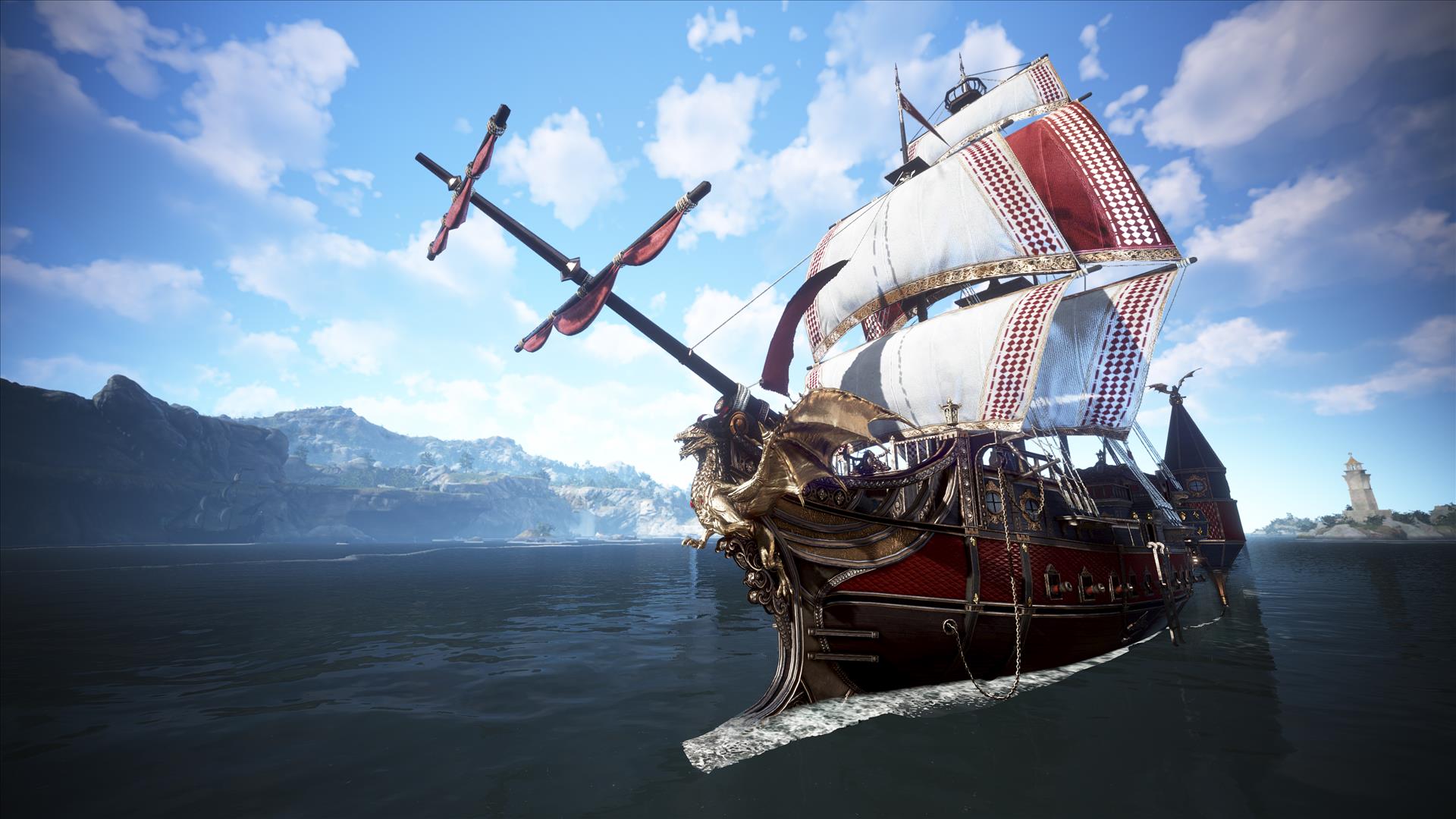 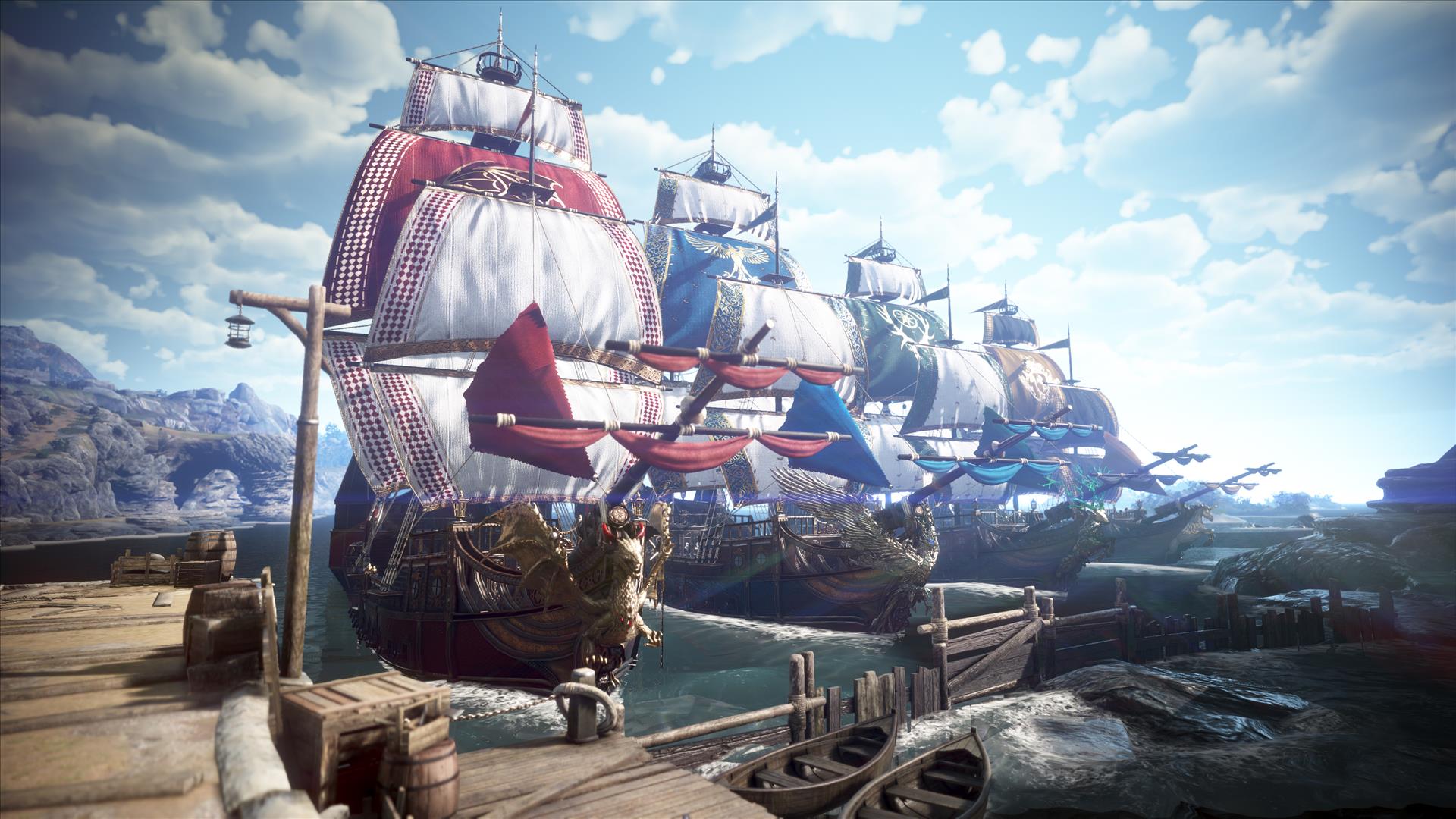 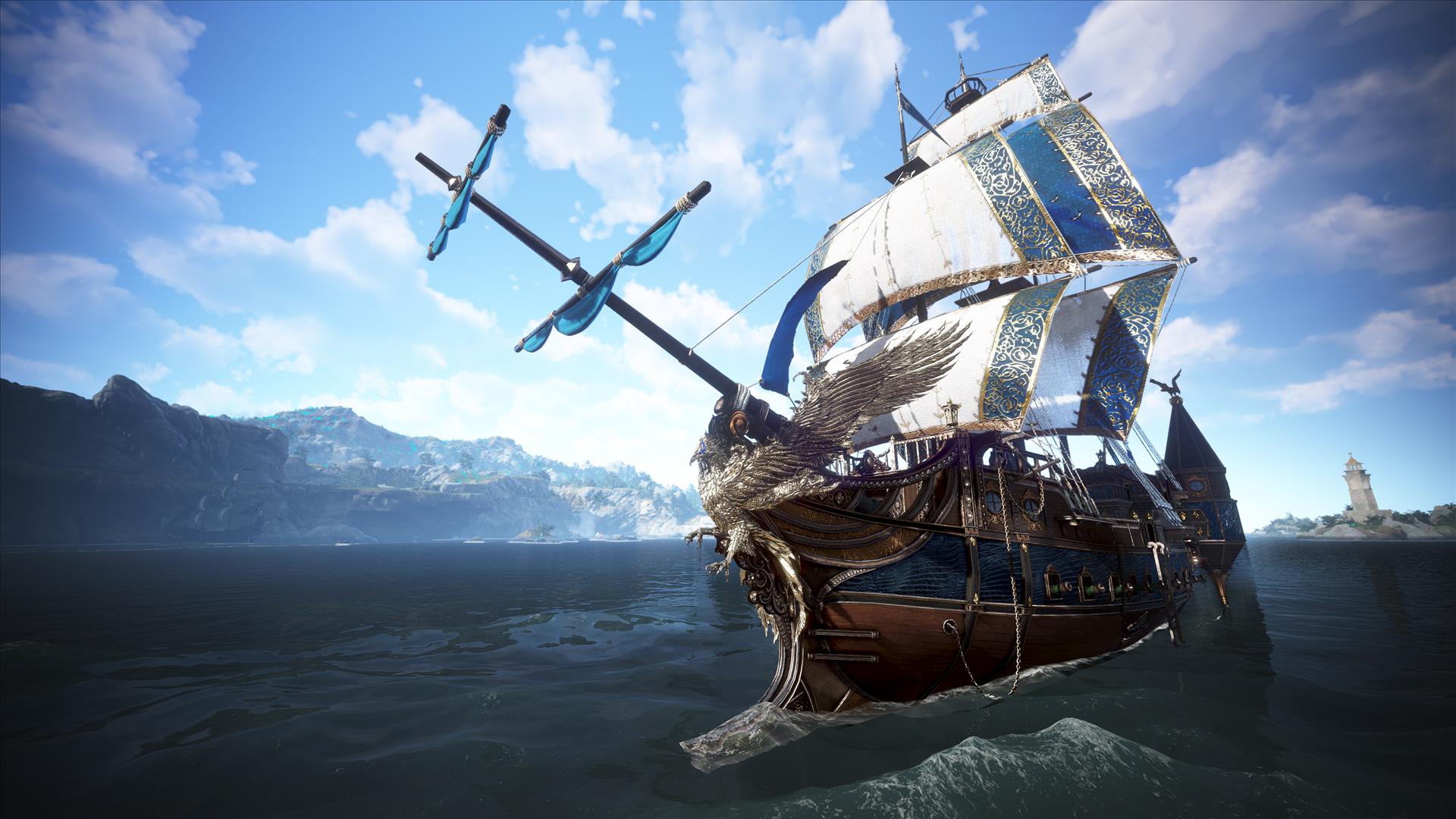 Q: Swapping Life Skill Tools and equipment is annoying, can we get any improvements?

Q: Pets miss loot because the speed is not good enough, are we going to get Tier 5 pets?

Q: The Party elixir cooldown is too long. Can it be reduced?

Q: Artifacts lose durability too quickly. Can this be fixed?

Q: I would like to take better screenshots. Can you add more functions to screenshot mode?

Q: Players flag up and kill life skillers just for fun. Can you do something about this?

Q: Are you going to be adding more improvements for new players?