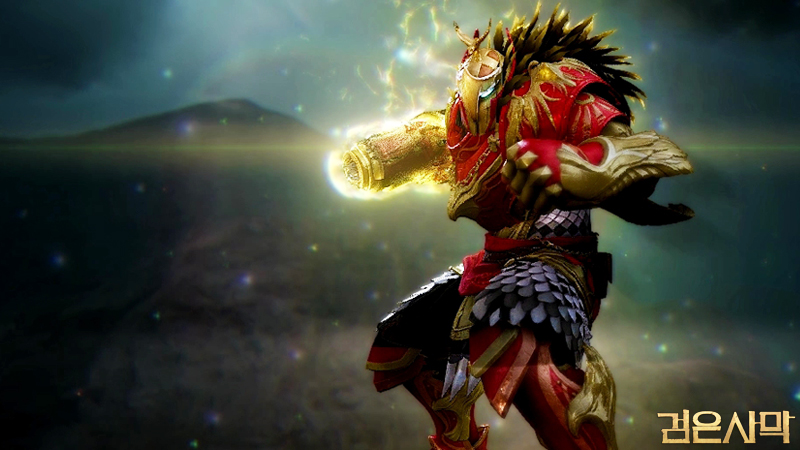 ● The giant adventurer, unleash the iron gloves included! The event is in progress.

– More than 56 levels to complete the awakening giant arms referred to the character, please obtain the rewards!

Santa’s Gift Box event will be going down from the sky ●.

– Santa will drop gift boxes (containing a 1 day value pack) from the sky when it snows!

– Meet Noel Christmas costumes and furnishings together with the warm blessing discount prices.

● Technology Watch video of some characters has been corrected.

– When you have finished, you can obtain a referral awakening weapon artillery iron gloves.

– Giant new technology has been added.

● This phenomenon seems to stop when you get down to action jumps ground attack has been fixed.

● Flash Ⅱ, Ⅲ, Ⅳ technology has been modified a phenomenon that is not used during the cooldown.

● Flowering: gokdu damage that is not covered by an intermittent phenomenon has been fixed.

● Wu pot Slash debuff skills have been fixed intermittent phenomenon does not apply when you use.

● gaksu technology development is not an offset applied to the state for more than saingeom Ⅲ level has been corrected.

● Special pyeonjeon technology used in the knockback effect this phenomenon has been modified incorrectly applied to the knockdown effect.

● The figure sitting astride the railing has been improved naturally.

● meteor falling I, II technology used in image damage is a phenomenon that has been modified incorrectly applied to a bleeding injury.

● When the response techniques awaken this phenomenon does not normally apply it has been fixed.

● This phenomenon has been modified does not proceed in a particular life segment level during processing to bet thinning the following items.

● The next step in the light of the potential breakthrough Exchange item lower limit / upper limit has been increased.

– Beefy armor of the tree spirits

● The cooldown has been changed to the Battle of items up 1-24 hours.

● mapae: This item names and descriptions of the tension compensation horse racing has been changed.

– Depending on the generation of the horse and the name and gender change, the description fits the characteristics of the horse has been added.

● Some object names and descriptions of Ramsar village base has changed.

● Do not Dress of the bar schedule has been changed ryurik Santa suit.

● Depending on the Guild staff and daily wage subsidy payment terms it has been changed.

– Guild entire personnel more than 30 people (guild colon, including commanding officers) so if you can not pay the subsidy has changed.

– Price is set according to the words of three, and levels, technical reserves were adjusted.

● If you succeed to bargain when trade has been added to acquire an additional bonus depending on the level of trade.

* You can also order from level 56 or higher character Giants.

[Giant] to divide the Aku and tantu

– Therefore, the [Giant] the tantu

[Giant] the prosperity of the emitter

[Giant] the qualities of the Giant

> Makings of a giant power

> Makings of a giant, base

● alchemy, when the R key interactions Cooker Simple pension, this phenomenon is a simple dish out knowledge has been fixed.

● has been changed to blue crabs from the ‘fish to be gifts to the residents’ request Blowfish goal.

● This game option that displays the status of the referral NPC has been added.

● top right of X (exit) in a game in windowed mode has been modified to respond normally when you press the button.

● The slot is empty, the windows stained palette has been modified a phenomenon that appears white.

● Check the filter button for the item exchange has been modified this phenomenon does not release the tabs to change.

● Target (outline) referred to the game display option on / off option has been added.

● Durability drop alert route guidance devices in the bottom of the UI, this phenomenon has been modified automatic movement buttons do not operate intermittently.

● display of prices has naturally improved trade items in the item description.

● The background of the explanation comes out when you press the Alt key on the World map has changed naturally.

● This phenomenon seems to be deleted when deleting intermediate knowledge category of knowledge has been fixed.

● space in the description part of the window has been modified naturally red battlefield.

● The scoring the battlefield has changed from red alert to combat log format.

● explain this phenomenon is out out of the window at the request window has been fixed.

● Some knowledge and item pictures, NPC dialogue is naturally enhanced.

● This phenomenon does not update the number of jobs in progress when you cancel the operation of mass production workers have been corrected.

● located adjacent to the manor belonging to another connection between the base Show has been removed.

● If the description or title of some referral long been a horse reducing treatment.

● When you register a post in the word of the day or date is displayed intermittently, this phenomenon does not apply keyboard shortcuts have been fixed.

● do not enter a quantity for the item discarding window, if you enter zero, the OK button has been changed to inactive.

● When the gift Perl or delete items, if the payment password you entered when you registered with the exchange once the input has been changed so that they do not have to re-enter certain period of time.

● When the heads are not used to summon up has been modified to generate a warning message.

● If you try to awaken view of the Pearl store weapons in certain circumstances, this phenomenon has been modified a UI that looks awkward.

● Pressing the space bar has been modified so that when you drop off your items not jump.

● Some say the game has been modified to prevent the loading of death even in the water.

● When a character is being recovered aboard elephant has been changed so that down the elephant.

● pathfinding and target point display effects have been improved.

● After fishing time is automatically reduced to buff the effects of pet applied have been changed to apply only the minimum amount of time remaining minute.

● Red battlefield after one minute had elapsed position has been modified so that you can escape from the battlefield.

● The designated function blocks have been added to the chat window.

– Is set to hide automatically when reconnected.

● After the client restarts boarding Water Music and Music combat this phenomenon does not apply to off feature it has been modified.

● If you connect to the game state to steer the ship in the end it has changed from being aboard a ship.

● phenomenon that applies to Kill Count has been modified to aid the person you are in a guild battle Red battle.

● has been modified to allow boarding in the water is also available in silver recovery and revival warehouse costs.

● Added the ability to simultaneously present the Pearl item to multiple recipients.