This patch update was approximately 350MB and included new world raid bosses along with 92 additional changes.

● Gift event items have been added:

– Perfume (Coming of Age Day): increases energy recovery by +1 for 1 hour. This item can be bought from the Pearl Store under the Mileage tab for 1 Mileage.

● All characters running speed has been increased during both combat and non-combat.

● Shield stroke, stroke shields together, furious blow and sack-stroke skills have been fixed to stun the monster correctly.

● Flow: sharp feathers skill has been modified to use less MP after using the Wind Technology skill

● Falling Rock skill has been modified to apply the stun effects at the time it is used.

● When using the rage of the Black Spirit, the size of the character will increase.

● The correct descriptions are now shown in the skill window.

● Shield-stroke skill has been modified to apply stun effects as soon as the skill is used.

● The description for the Heavlily Sound skill has been alted to show the increased knock down numbers for each level.

● The MP consumption of the skill Divine Force has been reduced.

● The defense time of Eli Language has been increased from 4 seconds to 6 seconds.

● The cool-down of the Eli language skill has been reduced from 210 seconds to 180 seconds.

● The description of Pole Plum skill has been changed.

● Splitting skill after using left mouse click has been modified to properly apply the vitality of the recovery.

● The black spirit rage skill has been modified so that it can be used on a regular basis when using other skills.

● When successfully crafting using alchemy, the chance to obtain “Glowing Powder” has been added to alchemy skill level 1.

– You can create pension seats with a glowing powder.

– Pension seat can be produced and used, usage and function will be added in a later update

Item Market lower and upper price ranges have been changed

● Registering Costume sets from the Pearl Store onto the Item Market has been corrected but the problem is not completely fixed.

● Item Market upper price range has been adjusted for the “Ribereuto” Weapon.

● Furniture set bonuses have been fixed.

● A bug which disallowed players to sell high level cooking utensils and alchemy tools to a store has been fixed.

● When a players alchemy skill level is high, the multiple manufacturing has changed fro 1-5 to 2-5.

● Weight limits have been adjusted so you can now continue crafting even when your weight is above 100%.

● A dog pet has been added:

● Monster levels have been adjusted

● World Raid bosses have been added. 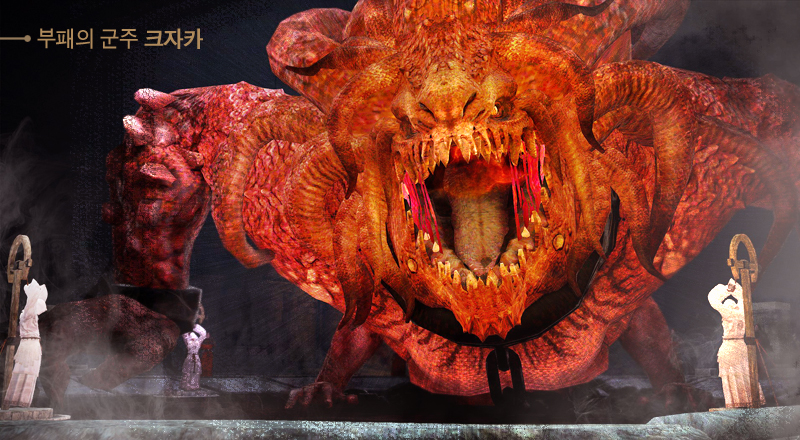 –Serendipity crochet ‘ decayed Temple ofLaGuardia sovereigns Zaka ‘ has been added.
–If the monsters to be hunted is the same as the normal Monster, the death penalty is applied.

It has been changed to only use one channel.

– The duel start conditions have changed. (6 teams waiting will be started straight away every 10 minutes)

– Only the party leader will be able to start or cancel a duel.

– When you apply to start a duel, a notification message will now appear.

– Information and duel buttons and tooltips have been added.

– Once the duel is over, a window showing each party score will pop-up.

● The original “Toon Belgrade” dungeon has been renamed to “Ancient ruins”.

● Using the new enchanting titles will increase the chances of success or failure.

– Only one channel in each server has a delivery imperial NPC.

– The weight of the item(s) for delivery have been changed from 35LT  to 80LT.

– Imperial deliveries reset every day between 19:00 to 23:00, each being reset once every hour.

– Imperial “NPC‘s inventories have been adjusted.

– Imperial cuisine and imperial pension packing box has been changed to one item.

● Production notes has been modified to display all of the pension.

● If the character does not have PvP enabled, Guild Wars are not affected.

● A bug with worker exchange has been fixed and will no longer delete the worker when exchanging over different channels.

● A bug with assembling cannons has been fixed.

● You can now turn on/off chandeliers using the operation menu.

– When you come back home the initial option will appear, similar to how windows currently work.

● A bug has been fixed where everyone looks the same as your character after leaving character customization.

● Hidel/Heidelberg duel function is temporally disabled while the events are active and will be re-activated in a fortnight.

– You can not duel in Hidel/Heidelberg event.

– Interruptions due to imperial trade with the bid amount in the previous bidding owners.

● The Sprint skill has been modified so that you do not have to continually press the SHIFT key and can now simply hold down the W key.

● You can no longer use Q + S keys to abnormally rise experience levels.

● Using drift then accelerating has been modified so that it can be used a little faster.

● After using emergency stop, drifting is no longer use-able unless the horse has learned the skill.

● Horse Market pricing has been adjusted:

– The price growth due to the horses level has been reduced.

– Registration price of male horses on the mating market has been reduced.

– The price drop of horses that can no longer mate has been increased.

– Price growth is now dependent on the tier and skills of the horse.

● A bug where knowledge of an island was not acquired, even after speaking to the Node Manager NPC, has now been fixed.

● Dell PHE Knights through Christopher progress bar commissioned by Kant to be naturally corrected submission link.
● The promised documents commissioned by the Exchange client-type hunting ornament has been changed.
–The number of appointment requests, you can set the terms and conditions will be displayed without a preferred client.
● New scrolls [partner] have been added to the threats of Media.
–The median area Monster Hunt [taboo], gather and synthesize [Cartier‘s witchcraft], you can proceed to creating and using.

● When buying an item from the NPC store and the quantity reaches over 500 or price reaches over 100,000, a confirmation message will now appear.

● When scrolling up and down the NPC store, items will no longer change sides of the list.

● A bug has been fixed where the mixed dye window appears in low resolution.

● Levels in the Profile tab have been changed to display correctly in both sections.

● Bug has been fixed where the text showing you have been hit by a monster did not appear at the same time you were hit.

● 3V3 duel section has been added to the ESC menu including tournament rankings.

– 3V3 is displayed as a cumulative PVP ranking score.

– Rankings will only be shown for all the players in the channel you are in.

● External changes have been fixed:

– External appearance changes during the current and default appearance (before replacing) is displayed.

– Removed unnecessary left and right buttons on the first and the last page.

● The base has been modified to display in their area before the mini-map icon tooltip available Upper stronghold fort building.

● Removing materials from the processing window while hitting the process button will result in the item not being achieved.

● If you’re applying for a full PvP duel 3:3 party house party option (deportation, withdrawal, delegation) button has been modified so that it can not be seen.

● A bug has been fixed where buff icons were overlapping.

● The base investment area under certain circumstances(telecommunication Center, the location of where to invest) is displayed to other areas.

● Safe areas have been modified so you can attack the stronghold.

● Renting return options have been added to the Media Library NPC.

● intimacy required to rent items at the Calphon tailor NPC has been reduced from 800 to 400.

● A bug has been fixed where when you speak to some NPCs, such as Neil taught in Hidel/Heidelberg City, the conversation does not show up.

● Character customization has been improved so that the hair dye is now applied to the scalp.

● Sorcerer, Giant and Valkyrie social actions have been fixed.

● A bug has been fixed where you don’t see the hair underneath the Henderson helmet.

● Bladers now hold the handle of the sword in a more natural looking position.

● A bug has been fixed with some hair styles when The Atacama Giant is equipped.

● A bug has been fixed where some parts of the body appeared abnormal.

● The shoulder part of the “Venetian Room” costume has not showing up correctly when being worn on the Plum class.

● A bug where the equestrian clothing ribbon was invisible on the Plum class has been fixed.

● The Warrior class primary colours have been changed to black.

● A bug has been fixed where if you stop moving while playing the flute the effect will stop as well.