This weeks updated included the release of the ruler of sandstorms “Nubaeru”  along with 88 additional changes.
For details of this update, refer to the information below.

● The new World Boss “Nubaeru” event is in progress.

– Defeat the ruler of sandstorms to receive a special gift!

* Blackstone drop rate has been increased. Combat experince has also been doubled during hot times (6PM to 12AM). Receive 100,000 mileage.

* Independence Day items can be purchased using Mileage in the Pear Store (F3) under the Mileage tab.

● more than state the effect this phenomenon has been modified to be applied to some abnormal.

● The damage and attack range has been increased for some skills:

● The descriptions for these skills have been adjusted.

● General Damage of wind skill has been increased:

● Dark Hellfire skill has been changed to have a guard state while casting.

● General damage of Dark Hellfire skill has been increased:

● General Damage of the Dark Yeongyeok skill has been increased:

● The root stroke skill edurance comsumption has been reduced:

● blisters flying technical description of the contents that are redundant description has been fixed.

● technical conditions yell over the effects are applied while using technology use has been modified heukrang this phenomenon does not disappear when it terminates abnormally.

● On horseback Tribulation: The red moon has been modified to use the technology.

– However, the extreme tribulation: The red moon does not apply.

● polar ring: red moon after the tribulation skills: technical counterpart to the red moon was modified to 10 seconds 10% movement speed reduction effect is applied when you use them.

– Existing pole Tribulation: The effect is applied in addition to the effect of the red moon technology.

● On the defensive item collection and the state it has been modified to enable learning.

● Atta Nice dress while wearing an expression of the character naturally has been improved.

● The effect of mobile technology space, their movement speed is increased 10% when 10 seconds have been modified to use application.

● Insular: energy use during operation and the number of strikes of a 200% black shadow sect technology ordinance was modified.

● The sky dineum technology in non-combat conditions have been modified to be used properly.

● Shuriken keep in a state of mounting a deer Rios Shuriken Shuriken technology used in this invisible phenomenon has been modified.

● Heart norigi, Insular: The smoke skills when you press the “space bar” to use shadow sect technology has been used to modify the symptoms.

● The description of the target chase technique has been modified part.

● The history of technology can not be used as a smokescreen technical command has been added.

– The three highly concentrated juice grain can be obtained through the simplified production of processed food tabs (L).

● The effect of Elixir used as a breath of ahal effects of this phenomenon leaps and bounds have been fixed to be applied to duplicate.

● The following items have been changed prices.

● The following is a camel feed has been added.

● Improved Award, Shuriken item up Durability This phenomenon is not restored to its sub-items has been fixed.

● If you hold the tension of adventurers caused only challenge has been added.

– until Sept , you can get two on the Blackstone’s day adventurers.

● technical experience increasing the number one purchase during this unusual phenomenon has been fixed.

● items imprinted orders are 50% reduction in consumption Durability combat the seats it has been added.

● The tooltip of the Rocca Bar cheolbyeok a series of short-range damage reduction + 2 has been added.

● The Sorcerer Larnaca know Partenkirchen hat has been improved natural appearance when worn.

● <it does not stack with the effects of ahal Elixir> Elixir of description that can be used for a breath of ahal the content that has been added.

● World Raid monsters have been added to the head Bergamo press. 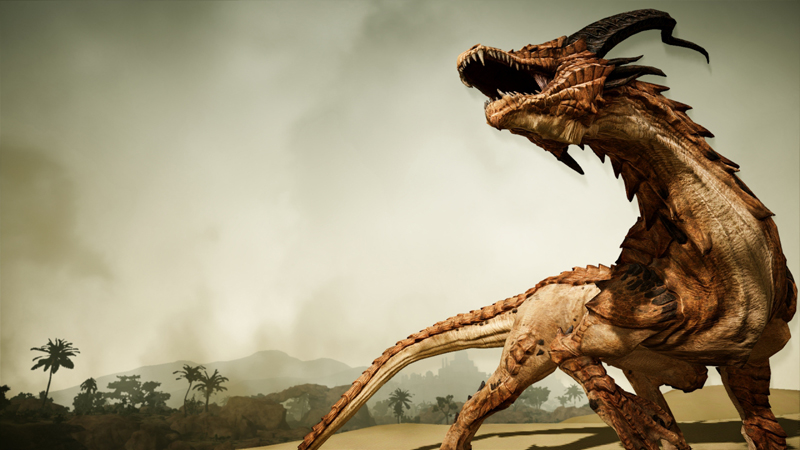 ● greater ZAKA, Bergamo does not disappear if you press the attack two hours after the show.

● spawned the early hours of the Valais region of North Island and Ilya monsters it has been adjusted to 1-2 minutes.

● 1 ~ Blackstone deuropyul region of level 40 monsters have been increased.

– The three highly concentrated herbs can be obtained through the creation of a simplified pension Processing tab (L).

● [Guild] it has been significantly raise the price of imperial trade goods package.

● appearance was modified when wearing a harness existing equipment is shabby equipment on camels.

● This phenomenon duplicate items appearing in search results Item has been corrected in the production notes.

● The Citadel of moving one channel to another channel during movement of the occupation have been fixed before the phenomenon can not blow the fort when the department.

● The administration Guild House Guild Fri payment authority has been added to the commanding officer.

● Most of the gold guild house management functions associated with this explanation can not be used when non-payment Guild (Guild missions, technology, etc.) have been added.

● elephant ride of attack technology (N Paws, rushing, moving horns attacks) has been modified to use this unusual phenomenon.

● This new knowledge has been added.

* Simple dishes, can be obtained during the processing tab pension liver (L).

– The number of herbs

– The number of herbal tablets

● This phenomenon can not gain formal knowledge in Valencia has been modified.

● The dialog to get the terrain knowledge base manager of Cuiaba bit Islands Island has been added.

● The dialog to get the terrain knowledge base manager of Valencia Island has been added.

● The belrap to dry oasis or a hint dialogue concerning the economic III was added.

● knowledge [the merchant’s capital Valencia] has been modified to complete the theme.

● The Valencia have been added following the request is belrap oasis.

– Journal of the fibrils Event

* Commissioned its request after completing the main Valencia can get through the black spirits.

– Special Commission I] insidious spirit of the ruins (Daily)

● The difficulty of the task is easier Valencia guild reward has been increased.

● [Tears fall of the royal family – the Valencia region, [sad story of five Schwerin], [dream that could not be done; this phenomenon has been modified continuously Commission does not proceed.

● also anglers Branchydanio NPC has been added to Valencia.

● Inner Harbor Caddo not trade exchanges have been added under the caretaker or the story.

● Stealing features have been added to the Valencia also major NPC.

● Epee Ria job supervisor phenomenon does not appear on the world map has been fixed.

● Alti Nova and the phenomenon that is found in the stables and further away you find an elephant in other villages has been modified leaf.

● New camels are feeding the acacia leaves Valencia have been added to the global stall shops.

– Valencia being one bullet centipede stall

● New crop seeds to local traders ‘poems by acacia seeds’ has been added.

● stall may get a new NPC has been added to the northwest entrance to Valencia.

● stall becomes the new guild NPC has been added to the sand Bazar entrance.

● rocks posts have been set up around the area as a base.

● The difficulty of the mission Guild Valencia mitigation, and compensation has been increased.

● Carried out of the ring commissioned by the horsepower has been fixed.

– Book stall near the preface being

● Do not pre-occupied areas close to the shore of Caddo been extended.

● The entire area has been expanded Crohn’s castle stronghold.

● the ability to automatically move the boat from the sea to a destination have been added.

– Now it supports automatic way to find times when boarding at sea.

– If you move from sea to sea to sea around the island of automatically guides you to your destination.

● This phenomenon can not be learned from the elder wood planks, some bases have been modified.

● Card Resurrection location manager Lee ruins have been fixed near the base.

● has been modified to allow up to six declared guild war.

● tax base has been enhanced this phenomenon does not appear in real-time.

● A phenomenon that can not leave the elephant found in the village on the B town has been modified.

● elephant displayed in the guild stall level, weight, and experience has been deleted.

● elephant MP has been fixed as energy.

● work material values ​​rather than upon the number of jobs available, type the amount of work produced by this phenomenon maximum quantity has been fixed input.

● solve this phenomenon forced upon the other party, try to catch hold has been fixed.

● Some guilds have not completed this phenomenon has been modified during production.

We hope you have a more enjoyable time on the Black Desert.