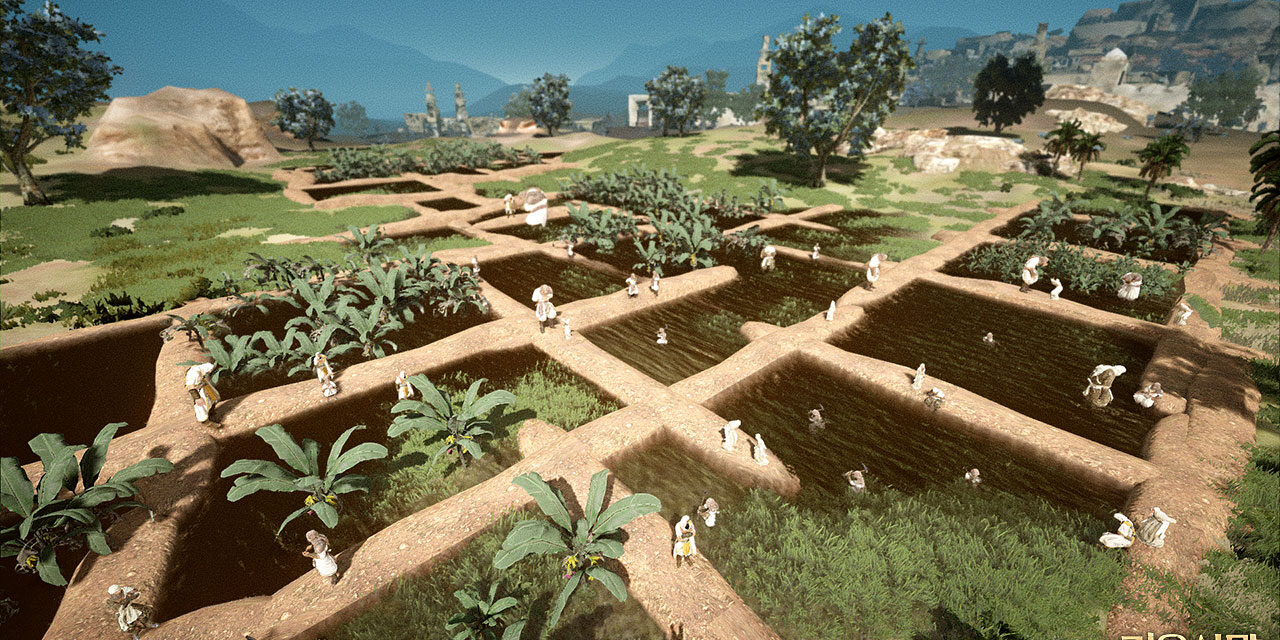 08/01/2016 weekly maintenance included adjustments to the party distribution experience along with 89 additional updates.
For details of this update, refer to the information below.

We are deeply sorry for the inconvenience.

In addition, as of this weeks maintenance, the launcher is now supported by Chrome, Firefox and Edge. Meaning you can launch the game from your favorite browser! All you need to do is re-download the launcher for your browser.

● New Year’s Eve is a hot time event is in progress.

–  Blackstone drop chance increase will be applied as well!

● move forward and better training techniques used reaper character is a phenomenon that when a person’s rotation direction has been fixed.

● This phenomenon stroke roots in the iron glove status Po technology used by Super invincible armor, not the effects of the applied effect has been fixed.

● PVP Damage of the battered technology has been reduced slightly.

● Use the wrath of the giant leap in technology when using PVP black Elemental Damage has been reduced slightly.

● The following items have been added.

– Obtained by heating in the crafting/processing window (L).

● Items related to hunting have been added.

* Obtained by gathering after a killing a monster.

– Fugitive The horn of calc

– The epidermis of the fugitive calc

– Dame of the week strong calc

● New Elixir has been added using the new hunting items.

● Jewellery can be crafted using the new hunting items.

● The names of the following items have been changed.

● Shop selling prices of the following items has been increased.

● The rewards of the following exchange items have been increased.

● it has been reduced propensity value that can be obtained when Valencia monsters.

● Resident Evil kings of the four rings, Bar conquest of the ring, manme of a golden ring, the ring youngwon been changed to general items to buy items in the character belongs.

– Shops selling and stock exchange registration No, no breakthrough potential

– Already the item you are holding is expected to be attributable status changes to future regular items.

● The effects of some Elixirs has changed.

● Damage effects of some elixirs has been increased.

● Elixir and Food descriptions have been changed for the following items.

– Elixir of the firm commitment

– King of the Jungle Hamburg

– King of the Jungle oversized hamburger

● The description of the following items have been improved.

* Item descriptions will now state whether the item was made with Cooking or Alchemy.

● A new feature has been added, allowing you to convert spare energy into energy potions to use later or sell on the marketplace.

* Talk to Alustin in Velia town to convert energy to energy potions.

– Energy potions do not share a cooldown with the energy tonic.

● The NPC maeipga exchange registration and amounts of party-type leap has been adjusted.

● The category of the Valencia rock salt was changed to the grocery trade goods from raw materials.

● has been modified to drop the other items on going.

● Preference value of 0 or more characters are moved to the nearest exit point, except to escape from Mui Mui if Kuhn Kuhn surroundings.

– However, less than zero characters are moved to the nearest exit point, including Mui Kuhn.

● Do not Dress of the bar schedule ryurik NPC has been changed from the original dress in Santa suits.

● has been improved to allow to exchange greetings and talk to the NPC Apu Aru.

● World press chiefs appearance and attack a monster Bell pattern, the sound effects have been changed.

● land used for hunting in state hands artillery aboard the horse has been added to enable this.

– Fast-moving ‘Fugitive calc “5 of inflicting the most damage to (or party) can acquire these items through hunting.

● When picking a brisk probability sampling in accordance with the level it has been corrected to avoid wastage.

● Depending on the growing level of energy during cultivation has been increased by stochastic probability not be consumed.

● trade goods has been changed to have the following characteristics depending on the type.

– Goods: the trade level cap has been removed.

– Luxury: the price compared to a similar level of trade goods was rising dramatically.

– Food: Price warranty period has been reduced to 12-24 hours.

– Raw materials: The inventory has doubled.

● The warehouse is connected to the city library, town of residence used has changed.

● Criminals in prison ‘prison trap’ has been added.

– If you go to jail trap invisible to automatically close pop, movement speed reduction of 40% will apply.

● Fishing Point has been moved along the ocean currents.

● This phenomenon seems right to residence of the other characters is connected to the carriage has been fixed.

● the wrong part of the constellation category knowledge hint informs the phenomenon has been corrected.

● commissioned a new guild has been added to the Valencia region.

● ‘fish to be gifts to the residents’ requests and objective description has been changed.

● Please remove the buds of embers request to change the target quantity and the position descriptions have been added.

● ‘Serendipity Boutique and southern camp guards’ request, the starting conditions have been relaxed.

● criminals camps [sulfur labor I ~ IV] a target number of requests has been reduced.

● and Krio Canaria name and objective of the Commission has changed.

● When you lose a ‘small treasure box of Eliza, Eliza commissioned through the inside of the proceeds remember Apu Aru has been modified to receive it again.

● Find the treasure of Valencia is developing to deliver the gold to the NPC of the successive commission has been modified several times.

● The start condition and a description of the youth commission of the blue light has changed.

● When a king’s tomb commissioned underway lost the ‘Valencia Castle robbed devices “through the Apu Aru it has been modified to receive it again.

● Some knowledge and commissioned, the NPC dialogue typographical errors have been corrected.

● Application on the World map Search top-level people have been added to allow.

● Do not market to enter this part of the mating market price mapae registration is deleted, and the UI have been fixed.

● Once the letter has been added to show whether the date and the enclosed items received.

– If the item has been shipped green gift box icon and exposure, receiving the included item white gift box it will be exposed.

● Get all the items transported window button has been added.

● Relative character name is Guild Invitation button in the menu that appears when you click the window has been added.

● This buff and debuff icons have been modified so that display up to 20.

● Notification concerning land and hunting has been added.

● Location of the item price icon in the shop in question is an unusual phenomenon has been fixed.

● When more than one billion silver is held in a warehouse store and exchange text is overwritten look at this phenomenon has been fixed.

● has been modified notification message appears during the escape.

● The description on the button in the dye UI has been added.

● has been added to your channel on the red button entry into battlefield situation.

● whale hunting is hunting icon is displayed in unified, it has been modified so that each whale Fugitive calc and written poetry appeared.

● The limited experience acquired icons and street party in the party window displays icons have been added.

– Better alluring magic of the Reaper

● Exchange this button you can turn off notifications for registration notification UI has been added.

● scary and ugly icons of the Commission has changed this goal.

● The Gaema samurai warrior characters, a phenomenon that comes from the desert helmet mount default hair color has been fixed.

● The Valkyrie is Larnaca know Partenkirchen (R) graphics when wearing an unnatural phenomenon has been fixed.

● Party experience rates have been changed.

– However, combat experience obtained is the same as the original.

※ information relating to the premium PC experience acquired party room that is applied to benefits will be fixed later.

● When the street party can acquire experience between party members has been increased.

– If you can not obtain a certain distance out of the party experience, the experience acquired when the distance is far away party rate will be reduced.

● Adjust the experience has been acquired in accordance with the level difference between party members of the party’s lowest level characters and monsters.

– The party high / low level is applied from the difference is more than six.

– The level difference between the lowest level characters and monsters of the party can not acquire experience points if at least 10.

※ However, if all party members will experience more than 50 levels penalty in accordance with the level difference does not apply.

● When the frame is a phenomenon that PAN decline in world map has been improved.

● The UI of the vehicle on the World map has been improved so as to show larger or smaller depending on the distance.

● Intermittent detachable quick slot does not store phenomenon has been improved.

● The person in the house I owned a home filter the type of world map purchase only one kinds of classifications that have been added to this entry.

● has been corrected by the end of silver needed to choose between exchange and storage bag.

● making some notes and game pages loading this delay phenomenon has been improved.

● Click on the name of the character have been added in dialog with the ability to invite to the guild.

● When you change the initialization that such eyebrow and beard in the customization screen has been fixed.

● The most recently received letters has been modified to appear on the first page of a letter I received lists.

● Guild guild window sentence declaring war on the received status does not show phenomenon has been modified.

● bid hour exchange the item has been changed to a random set of time between 1-1 minutes 30 seconds from the existing one minute.

● If you do not enter the village of resurrection after death in the region it has been modified to revive the character in a village near the town of discovery.

※ Sale items may differ from the images above, and are subject to change.
※ The costume may look different depending on whether you wear underwear, and other accessory items.
※ Some of the items purchased in the Pearl Store may not be registered on the market place.
Source: http://bbs.black.game.daum.net/gaia/do/black/notice/read?articleId=734&pageIndex=1&bbsId=BN001
By Tansie8th Jan 2016Leave a comment