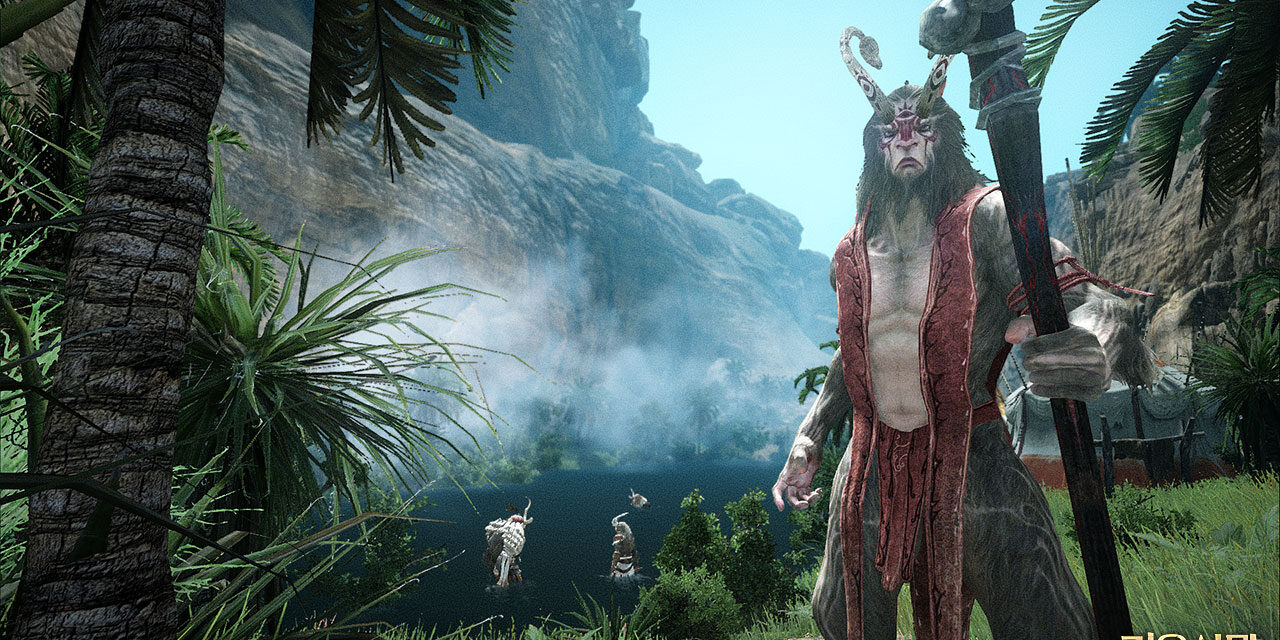 The weekly maintenance and patch update has just come live and this week we are looking at a lot of changes including a new 3v3 PvP duel system and lots of PvP balance changes.

Due to the PvP changes a full skill reset scroll has been added to all accounts and can be claimed on one character per server through the mail. For full details of all the changes this week refer to the information below. 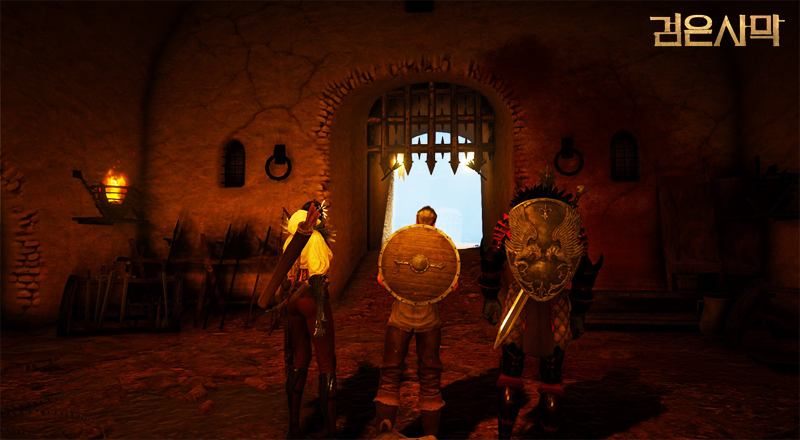 ● Plum Class Event
– Daily challenges have been added to the Plum class that give you rich rewards such as blackstones and fragments of memory!

● The amount of damage you receive during PvP has be adjusted.
● Defense during PvP has been adjusted.
● The description of skills per level have been fixed.
● Bug has been fixed for the “Lost Sheep” quest where the character wouldn’t put down the sheep if it made contact with water.
● Photo Mode has been modified to randomly use all social actions.
● Stun time while using black spirit rage has been reduced to 2 seconds.

● Overall PvP damage has been increased.
● Cool-down of “short-lived” skill has been reduced to 8 seconds.
● Damage and range of “short-lived” skill, when used with black spirit rage, has been reduced during PvP.
● Damage range of the skill “rush-elect” has been increased rush-elect.
● If shooting avoid explosion when a non-PvP cooldown has been modified to avoid the rigid effect.
● PvP damage when the wind technology, opening the way has been increased.
● seconds: PvP damage reduction technology has been shooting the breeze together.
● left, right, has been modified so that you can use in the Guardian sword with a move-key right-click without entering the rear.
● Playing: avoid shooting after move-in + rear, right-click, you can not use the direction of the wind collected by shooting techniques, it has been modified to avoid using an Explosive Shot by its operations.
● norigi technical weaknesses of not using the rear shift key + right-click gathered the wind while holding this technology can be used in conjunction shoot, dodge its blast shooting this method has been modified for use in operations.

● The rain has decreased the amount of the chasing technique.
● damage is climbing the phenomenon hit twice in succession when using the next technology that is not properly applied has been modified.

● After moving the roll avoidance behavior it has been modified to activate the left and right a little faster.
● The speed of the moving distance and avoidance behavior of the left and right movement has been increased slightly.
● Shield chase after the celestial windows, ethereal sound, Eli frozen breath, the left and right attack, avoid moving shield Pursuit, pole: Retribution has been modified so that the technology is rapidly activated.
● Defensive Stance Defensive Stance does not move during the off phenomenon has been fixed.
● Shield pursuit II, III technology cooldown has been reduced.
● Move the basic combat movement speed is increased.
● The defensive posture of defense has increased.
● The effectiveness of the shield was modified to correctly display awakening stroke technique.
● This phenomenon triggered rush of the first group than the departure of the sprint definition has been modified.

● The modification of the black spirit has changed item exchange and shop sales to be registered.
● increasing defense was topped up when potential of the armor red nose.
– +1 To +5: increased by 3
– +6 To +15: increase by 4
● Maximum MP / rain / divine power of +100 effect on the armor of Red Nose have been added.
● [Events] box has been modified seedlings phenomenon that is not used.
● waistband potential breakthrough by increasing levels of a tree ordinance that offense has been changed from +1 to +2.
● brass ingot production time of rapid phenomena box has been modified more than a bronze ingot box.
● The number of craftsmen have been added to the hermit’s clothes.
● Improve items when modifications are equipped items have been modified so that you can use to improve the material.
● production / production workload notation has been modified so that it appears only two decimal places.
● has been modified so that the dye staining the window slot number changes automatically depending on the resolution.
● Carl Valkyrie peon boutiques in step 2 / plum dedicated [Carl peon aristocratic dress] has been added.
● Valkyrie / [Carl peon aristocratic dress – Plum, you can turn it into a costume from a costume voucher.
● force to break through all the potential breakthrough of water equipment is available on board have been added.
● The potential breakthrough item exchange price of water equipment is available on board has been increased.
● Changing the premium end of outer rights has been added.
– If you use the premium end of contour changes at a constant volume You can learn the skills odds.
– However, the “River: hind-elect, River: Take the front foot, open: instant acceleration, speed: lateral movement, you can not learn.
– If you do not learn the skills to increase the amount of experience points.
● glowing bottles, the tooltip has been corrected in the same glowing sap collected tools and other tools.

● When you attack a monster payout value is reduced, a phenomenon that is not exposed character name have been modified.

● 3: 3 Duel Systems exhibition match has been added.
– 3:03 in the content to enjoy the PvP configure the party.
– 3 party at the party when the party list by pressing the sheets ‘duel apply’ button you can participate.

– A party who has a duel mode when a total of 10 parties, based on the channel to start the duel.
(If you can not have 10 party duel once every 20 minutes if one party more than two.)
– The application window for the duel On / Off during the time remaining is updated.
– Once the application is complete, go to the duel arena Nova Alti.
– Alti in Nova Arena is outside, you can not move inside to the outside.
– You wait in the waiting room is closed until the status of each party involved moving all characters in Duel Arena.
– When the move is complete, the waiting room door opens and the duel begins.
– Duel one party is wiped out when you quit, you will be economic results.
– After the game, the result is a character from participating in a duel after a certain period of time will be moved back to its original position.
– When the duel is connected to the other party of the mobile termination character up to five minutes to wait in the waiting room.
* The duration of the exhibition game duel system including rewards and rankings do not apply.
* The contents are subject to change based on the contents of the exhibition games.

● The weight of the jukebox changes from 55LT to 45LT been modified to send the shipment.
● If the Guild Wars guild fund is less than 30 million silver after 4 hours after the proclamation declared war ended this phenomenon has been fixed.
● Before starting the occupation before the occupation information for other channels except channel 1 it has been modified to notify start-up.
● point of the ruins of ancient sculpture summoned to guide this phenomenon across the river has been fixed.

● Click on the house if you have a house when you click on the info window that appears stronghold stronghold This phenomenon has been fixed.
● NPC has been modified to show the separation of the extracted and removed from the window when you extract the fix to confirm.
● The end of alignment features have been added to the stables.
You will find a horse that has been entrusted to his current area (stall) the above.
– Displays the horses in their estates, such as that currently in second priority area.
– Based on his estates to display the words of the other estates in three ranks.
– In each of the manor arranged in ascending order by town.
● pre-occupation has been modified into a default position of the window.
– Occupation before the occupation score before the window position is changed depending on the status window position.
● pre-occupation has been modified so that the status window On / Off position during maintenance.
● Hire contribution windows, trade bargaining game window displays out when some screen phenomenon has been fixed.
● UI size from 100% 1280×720 resolution setting window layout has been improved this awkward phenomenon.
● World Map numbers and information technology, the number of horses held in stables have been added.
● packaging weight when compared point has been modified to display only two digits.
● Click in the exchange state that whilst the name of the horse has been modified so that when a warning message appears.

● Technical re-awakening during the consumption experience has been changed to consume two fragments of memory.
● has been added warehouse transport restrictions.
– Total transport items are limited to 100 columns.
– The weight of each item is 1 square 50LT.
– You can take advantage of your receipt of the items if you are already transported more than one hundred items and Cannes.