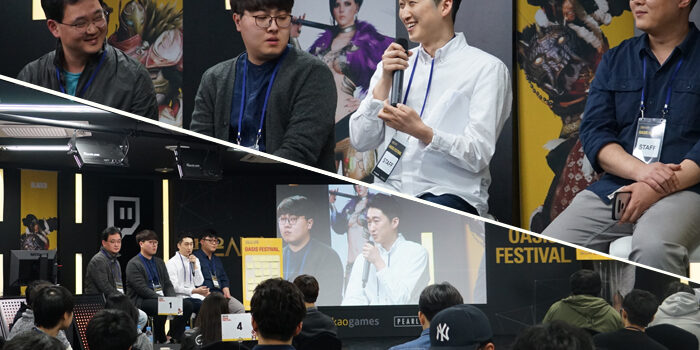 On Saturday 8th April 2017, Black Desert held a PvP tournament at the Oasis Festival and spoke about the future plans of Black Desert for 2017. The event was broadcast live on the official Black Desert Twitch channel with translations for NA and EU.

Below is the translation of the Q&A which took place after the event. Manually translated by BlackDesertFoundry.com

Q: What are your plans for future fishing content?

A: Fishing is a popular life skill in Black Desert and has had many updates. We hope that people enjoy the fishing content already in the game and we are now focusing on strengthening other life skills and content. We plan to make other life skill just as popular. Some lack content and a reason to level them up to Artisan, etc. We want to go back to the beginning and revise each life skill one by one.

Q: Will there be better gear available than the current items?

A: Griffon’s Helmet was introduced with Kamasylvia Part I. We want to make sure that there is character progression with their gear and release new items at the right time, such as when a new area or boss is released. We are going to add new items with caution.

Q: Will you create a counter or cancel for grab skills?

A: There are a lot of classes with crowd control skills and we would need to put in a lot of cancels or counters for each one. I think there would be a disadvantage to classes who specialize in grabs if we had a counter skill for just them. We have a lot of trouble with balancing it correctly but it’s one of our goals.

Q: Do you have a combined stack for enhancing? Also, I wonder if the probability of success is affected by a time frame.

A: There is no separate mechanic such as combined stacks or odds being affected by time. A member of the development team had accumulated 127 stacks due to an excessive amount of attempts at enhancing his gear and he had previously taken a break from the game for a while.

Q: When will the level cap be increased? I hope new skills will be released.

A: We are always concerned with the timing of increasing the level cap. We want players to be able to enjoy the game and not feel under pressure to be a certain level. Levels are just a game goal and we want you to be able to have a variety of game goals based on your own play style, this way they mean more to the player.

There are many things we can do, such as giving a buff to experience points or making quests to give experience points. This is something we are introducing in the game and we are also looking what else we can do. Adding new skills is the same problem. If we add a new skill, we have to restrict the level that you can acquire it. It is something we want to approach with caution.

A: Of course! We are thinking of ways to encourage more people to participate and not only high level players. Currently the tournaments are only in Korea, but we hope that one day we will be able to hold a world tournament.

Q: There are problems with item tooltips. It shows the same numbers, but the potions and elixirs have different effects depending on the item. I am wondering if this is a tooltip error?

A: We have a lot of issues with tooltips and are constantly discussing possible changes, although there are no plans to change this at the moment. If you find a bug where the numbers in the tooltip are different from what is applied, send a support ticket and we can immediately make corrections.

In addition, we are worried about changing the buff. We find a gap between players who use buffs well and players that don’t. This is because there are too many different types of buffs available. We want to work on the this and plan to change the accessibility of the buffs (food, elixirs, etc.) as well as how you obtain them.

Q: Leveling in Black Desert is boring. Even if the probability is low, I would like to have something like a world class item from the Mediah leveling areas. It seems everyone levels in the same place.

A: We have a lot of worries about adding world class items, as you mentioned, to specific leveling areas. The leveling area you mention is very efficient for leveling, compared to other spots, so I think that is why it’s very popular. To fix the gap in efficiency, there are a variety of things we can do, such as adding items to Wandering Manes and Rogues.

We are trying to disperse the leveling areas and give various reasons to go to different places. Valencia was planned as a party leveling area, while Kamaslyvia is designed as a solo grinding spot. We decided to actually go in a different direction from what was planned, but in the future we will continue to work on this and give players what they want. 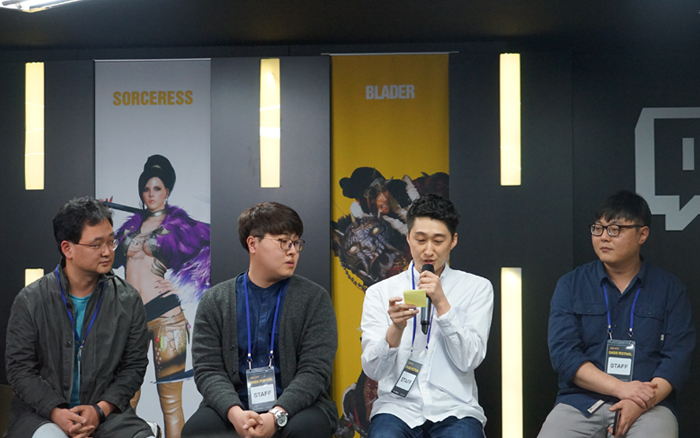 A: I’m sympathetic to the difficulty involved in getting a high tier pet. Although I can’t disclose any figures at the moment, I can tell you that we are considering other ways to increase the chances. It is something we have been continuously revising through various patches and we will try to change or improve the difficulties.

Q: There are a lot of small bugs for classes. Classes can’t be balanced because of these bugs. For example,  the super armor isn’t applied when using Ranger skills.

A: I will take a look and fix these bugs you mention at the end of the event. In some situations where damage is incorrectly taken, the ability is used correctly but does not always occur. It’s a problem that can be caused by the state of the server. We will try to find the correct solution.

Q: There are many bugs in Node wars. If your character died, you may not be able to use skills when you mount, or fire from your Flame Tower.

A: Open world combat with a lot of players can cause server problem. We are contentiously monitoring this and working on optimization. If you do find bugs, please let us know by contacting support so we can find the issues faster and solve them.

Q: I want you to raise the punishments against bad language in the chat. There is a lot that people get away with.

A: I will talk with the development team and we will look into strengthening this area.

Q: Do you have any plans to ban accounts that foreigners are playing on with a VPN?

A: There are still players from regions/countries we are constantly banning, but detecting a player with VPN is harder. We will look for improvements, such as restricting the game launcher itself.

Q: When your life skill level goes above Artisan, there is no obvious difference. Will there be any improvements? Will the level cap be raised?

A: Instead of changing the lower levels of life content, we want to now focus on the higher levels. For example, if the player is above the master level, the possibility to be stronger or the rewards may be better. There are many players who have not yet reached the maximum level so we will not be raising the cap yet and will focus on more content for higher levels.

Q: Is there an item drop from the Mansha Forest Mutant Ogre/Troll?

A: Originally, the Mutant Ogre and Troll was designed to be a “ghost” mob that you can’t interact with. However, as stronger equipment, levels and skill have been released, players have been able to kill it. Due to this, the mobs now have an item drop.

A: We recognize this and consumables are being restructured, we will take a look at the duration.

Q: When will the train and bike be added?

A: The train has already been developed. However, we believe that it’s too strong to be added. We are mostly worried about it’s role in node wars and sieges. Due to this, it’s development has been put on hold. 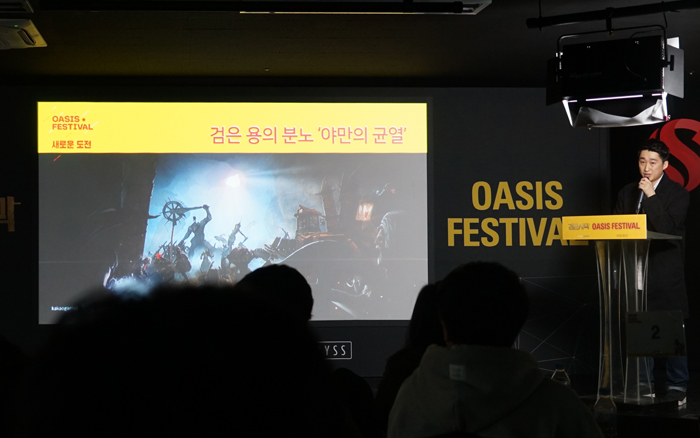 Q: Why do you have different varieties of customization for each class?

A: Customization is designed to match the characteristics of each class. We are continuing to develop customization and add new options in the future.

Q: Valencia Adventure Journal – The hints in the treasure map quests are too difficult. Is there any plan to improve them?

A: I understand there are many players who feel the quest hints are not clear and find it difficult. The quest is designed to be difficult but we will take a look at changing the hints in the quest information to make it easier.

Q: Are Pearl costumes randomly added? When are you going to increase the Pearl inventory space?

A: Every time a new class is added, the time to design and create a Pearl costume increases. We will increase our workforce and improve the development process so that we can release Pearl costumes quicker. Also, the maximum Pearl inventory space needs to be adjusted as there is a lack of space at the moment. We have added the Patrigio’s Costume Bag and Morco’s Gear Bag, which helps with this but it isn’t a solution.

A: Thank you for your feedback. We will look into this when we update the guild UI.