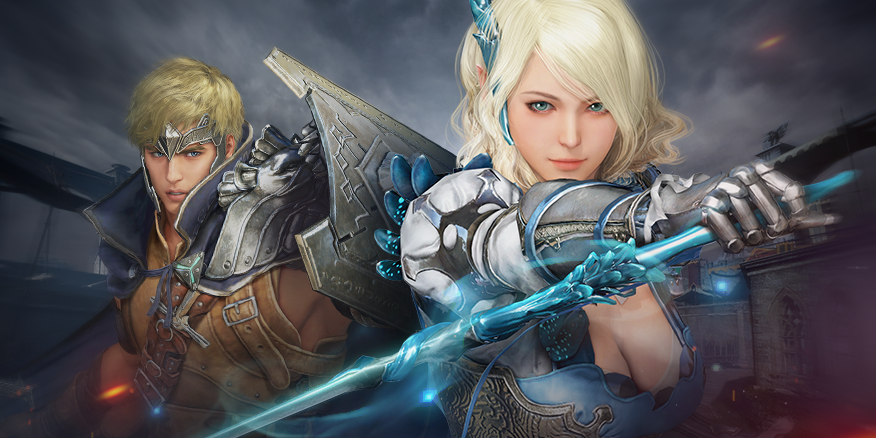 Unlike other existing party hunting grounds, the Tunkta hunting ground has a short aggro distance for monsters, monsters attacking from a long distance, and the need to accurately identify the location where Ulutuka appears. There were many parts that required understanding and skill.
Accordingly, the aggro distance was slightly increased, and monsters can be more easily pulled by making them chase the player immediately after attacking from a long distance. Also, when you defeat Ulutuka, you can obtain an ember of despair with definite probabily, raising the importance of Ulutuka.

The succession ninja is a class that quickly connects high-speed skills, and requires relatively higher proficiency than other classes.
In consideration of this, the PvE performance of skills that are mainly used in hunting have been increased, such as Prime: Black Moonlight, Prime: Blade Spin, Prime: Red Rain, and Prime: Beheading the Dead.
However, factors that can affect PvP performance, including the movement speed of these skills, remain the same as before.
Ninjutsu: Decapitation, which is widely used in PvP, and the Rabam Ghost Claw, which are alternative skills, such as Shuriken: Moon Dive and Ninjutsu: Decapitation, have been reduced to increase their usability. In addition, we have changed the descriptions of some the existing skills so that you can more intuitively understand expressions that were somewhat ambiguous because it was difficult to distinguish the movements in the description.
Prime: Dark Frenzy
Prime: Shuriken Flight

Succession witches and wizards require relatively high proficiency as they have to cancel the linkage of many different skills at the right time to continue the combo.
In consideration of this, the PvE performance of major skills such as Prime: Frigid Fog: Control, Prime: Frigid Fog: Disrupt, and Prime: Voltaic Pulse have been increased. In particular, Prime: Freeze skills have been raised to a level that can be used in powerful hunting grounds. In addition, the freezing effect applied in some skills has been changed to be applied only in PvP, so that the occurrence of unintended freezing effects in PvE has been minimized.
Prime: Freeze
Prime: Frigid Fog: Control

In the case of the Dark Knight, there have been consistent opinions from many adventurers that adjustments are needed.
In particular, in the case of succession, there was a point that some skill combinations were too efficient in PvP, so we also focused on this part and verified it, and finally, the PvP damage of the skill used after Prime: Twilight Dash: Kamasylvia Slash and the connection method has been changed.
We tried to devise other methods while maintaining the current state as much as possible, but we decided that a change was inevitable for the linking method of the skill, so we ask for your understanding from adventurers who enjoy Dark Knight.
After that, we will continue to check and quickly reflect the areas that need further improvement and adjustment.
Prime: Twilight Dash
Prime: Kamasylvia Slash