Patch notes are Google translated this week since I don’t have my PC atm. Sorry for the inconvenience and hope you can all understand. Should be back to normal next week.
– Tansie

Atoraxion
● The secret stone chamber to Atoraxion, the last fortress to stop the red-eyed black invaders, begins to shake.
-The architect who tried to protect the fortress with all his might, more intensely and hotter than anyone else, please look forward to the thrilling battle with ancient weapons that could not be seen anywhere in Baamakia, where the story of Baa is located.
-Atoraxion will be updated on the official Korean server on June 2nd, and global will be introduced sequentially.
* You cannot play Atoraxion in Black Desert Lab.

● Flesh: The phenomenon that the movement distance to the rear was shortened when the boundary technology touched by the flash after using the Geomgang Heavy Rain technology has been corrected.

● In the village of Bear, a hunting home, hunters have begun sharing new information about rare hunting animals.
-Somewhere in the Black Desert World, bees make a large beehive and a bear that craves the honey from the beehive is said to have been found.
-It is said that traces of small animals were found on an island. Rumor has it that the animal is small and fast, so it’s not easy to spot unless you look closely.
-It is said that a large boar that destroys the farm was found.

● A household mark has been added to the list of vehicles exposed in the vehicle transfer function that can transfer vehicles located in other locations to the current stable/pier. 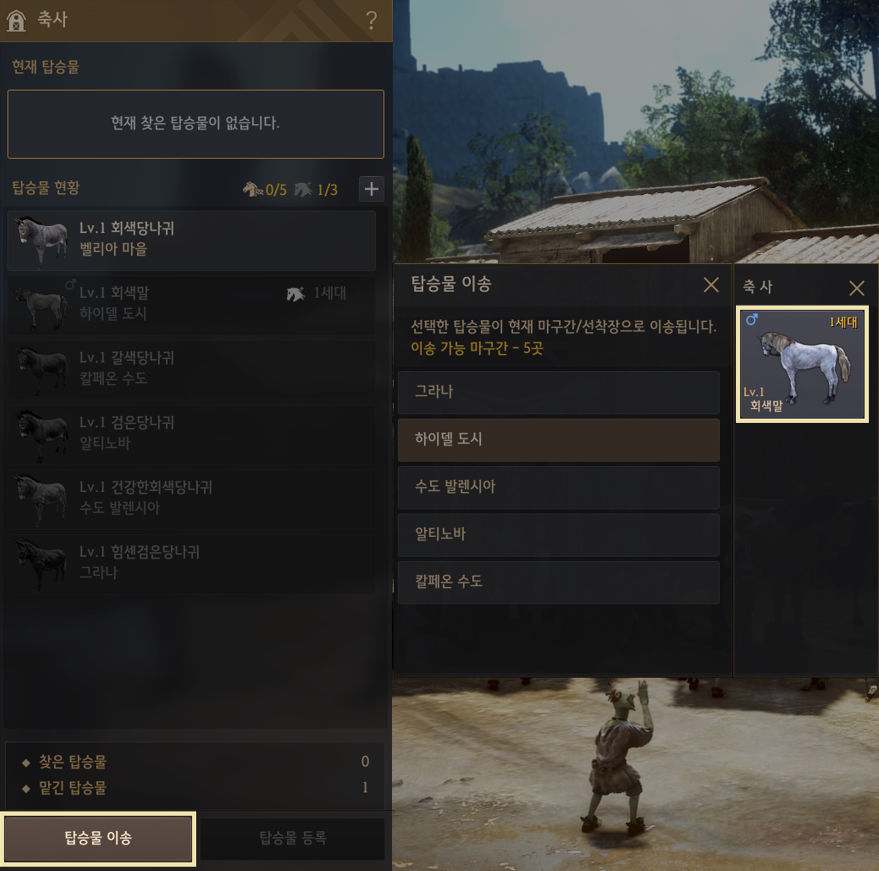 ● Fixed a problem where the web integrated exchange server was not selected in the Internet Explorer browser environment.

● If there are two or more completed fortresses, it has been added so that you can select the fortress to move when using Gather. If you select the Gather UI, you can check the list of destination fortresses to be moved.

With the ability to capture multiple points at the same time, it becomes very important where to focus troops when the battle first begins. So gather! With technology, each guild member can decide which fortress to move to.

● The maximum durability and defense of the subsidiary buildings including the base war/occupation citadel/command post/field command post and flame tower/shinkijeon have been increased as follows.

● Corrected the phenomenon that the enhanced flame tower/dae shingijeon disappears when the reinforced flame tower/dae shingijeon is constructed overlapping with other attached buildings during the base war/occupation war.
● Fixed the phenomenon that the war maintenance cost consumed when declaring a one-sided war was consumed as an abnormal amount in a specific situation.