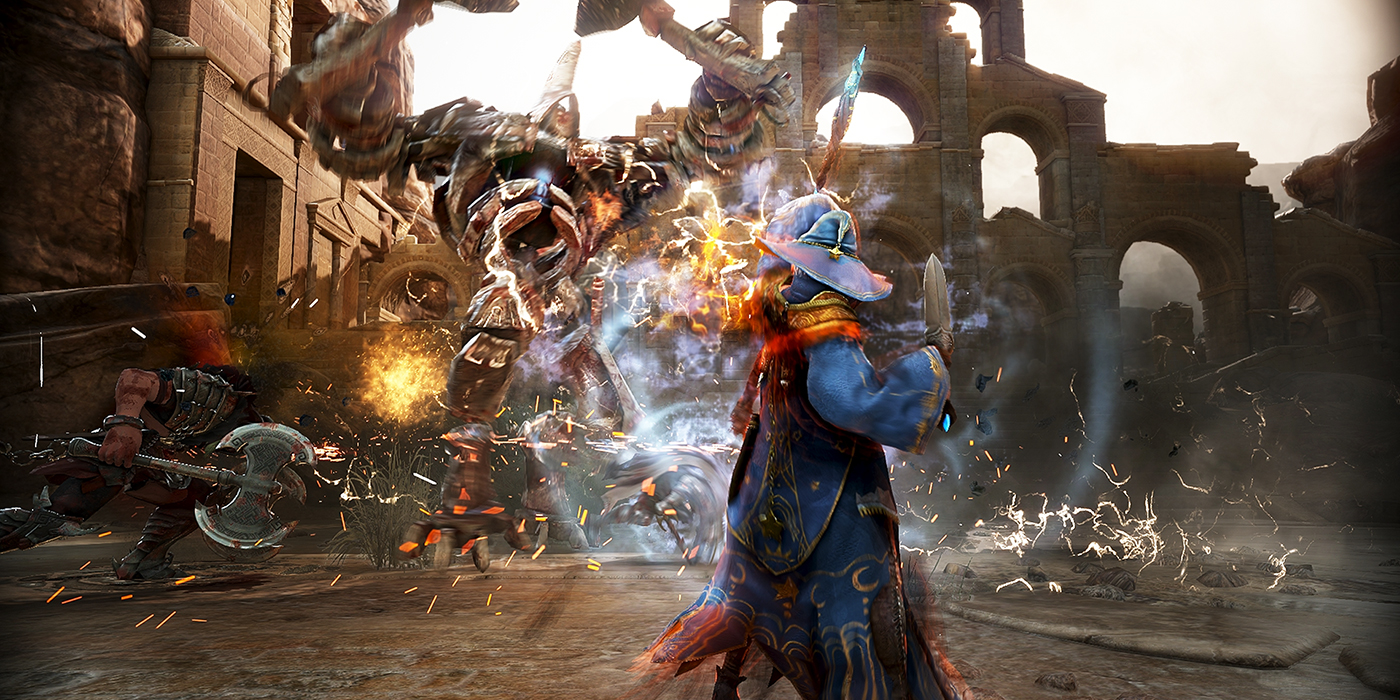 On August 17th, Arena of Solare regular season begins on all regions. Thank you again to the Adventurers who showed great interest and love to the pre-season period.
There are three significant changes for the regular season.

Next is the gameplay. Firstly, the gear balance will be configured the same as in the pre-season. There were opinions that it would be better to have a bit more AP, but since it is the first season, we decided to keep the current version so that more people can enjoy it. (Of course, please note that we will continue to add changes to the gear as the seasons go on.) In addition, new battlefields have been added. Manshaum Forest, Jade Starlight Forest, and Cadry Ruins join the existing Tzol’s Ruins and Olun’s Valley making 5 battlefields in total that you can enjoy for this season. Manshaum Forest is expected to offer a new experience with its verdure background, and Jade Starlight Forest will be somewhere that can provide the feeling of field battle.

The last is the UI features. The rank page has been subdivided so that you can check whether players are in Succession/Awakening, and it has been improved to show the character with the highest play rate within the Family, not the last character played. In addition, the ability to check the information of other Adventurers in the rank window has been added, allowing you to check all character information, equipment (including crystals) information, and skill Add-ons. Some Adventurers said they were reluctant to disclose information, but as Arena of Solare introduced an ‘equalized gear system’ for the first time in Black Desert, we believe it will serve as an opportunity for more people to enter PvP, so we ask for your understanding. In addition, the rank window has been improved so that you can check the rank ‘by class’ as well.

And although it will not be implemented on August 17th, we are preparing a system in which MVP and ACE are determined by adding not only damage but also how many crowd control effects have been inflicted (I.e. knockdown, stun, etc.) which we believe is one of the more important indicators to be considered.
We will continue to do our best to work on the other features of Arena of Solare so that we can provide the most enjoyable experience to our Adventurers.

※ Solare’s Arena cannot be checked at the Black Desert Research Lab and will be updated on the official server. 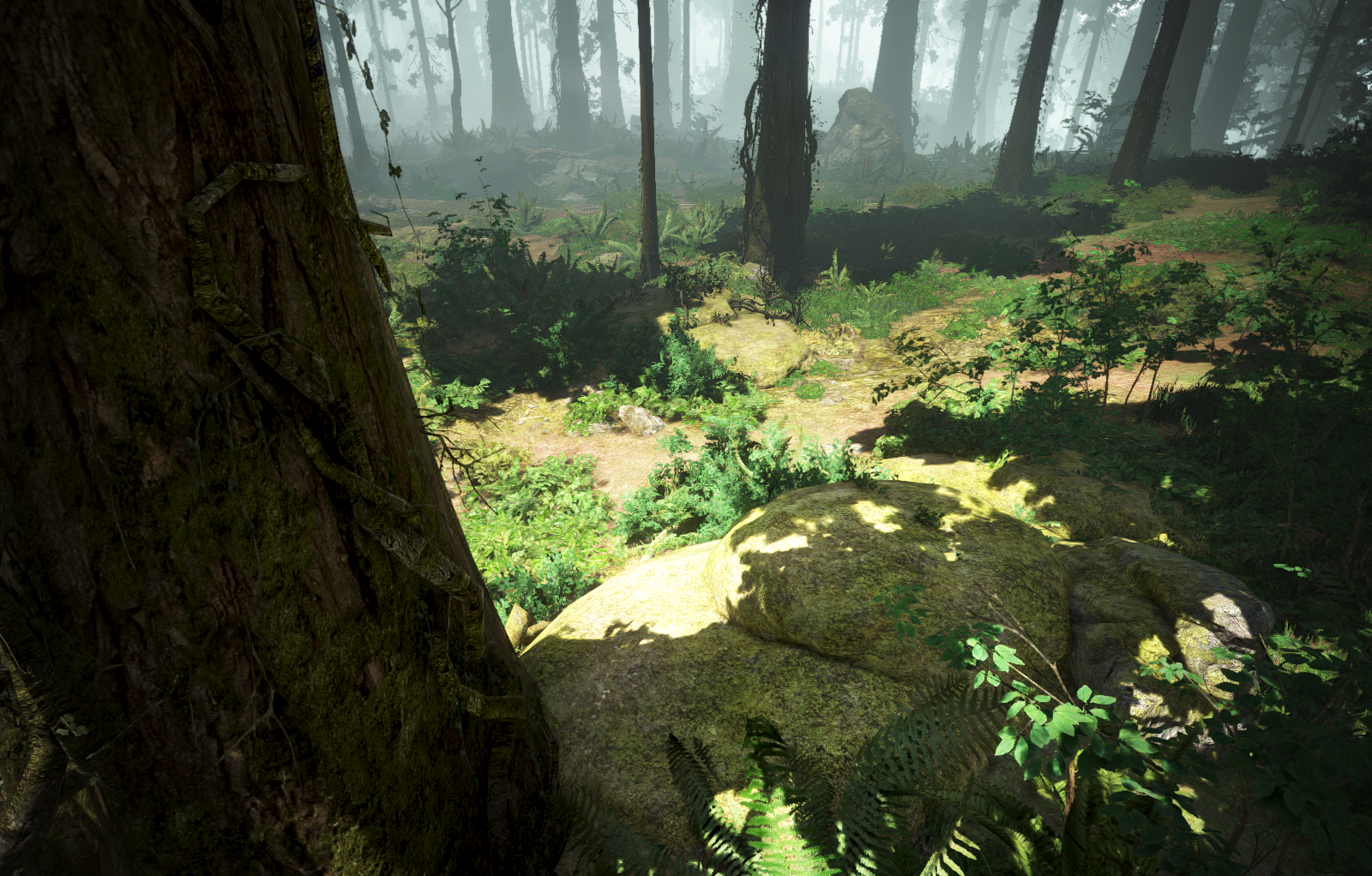 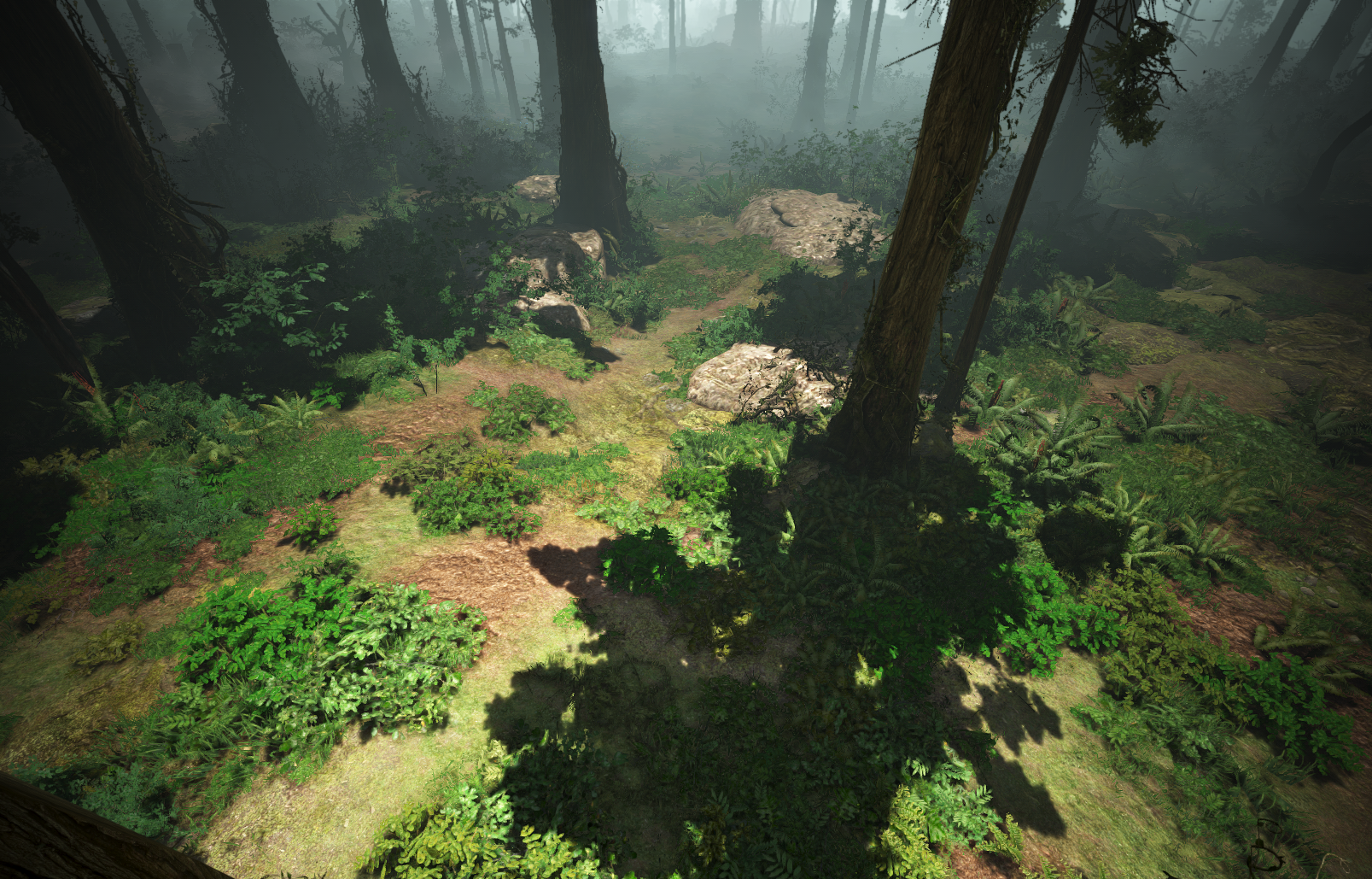 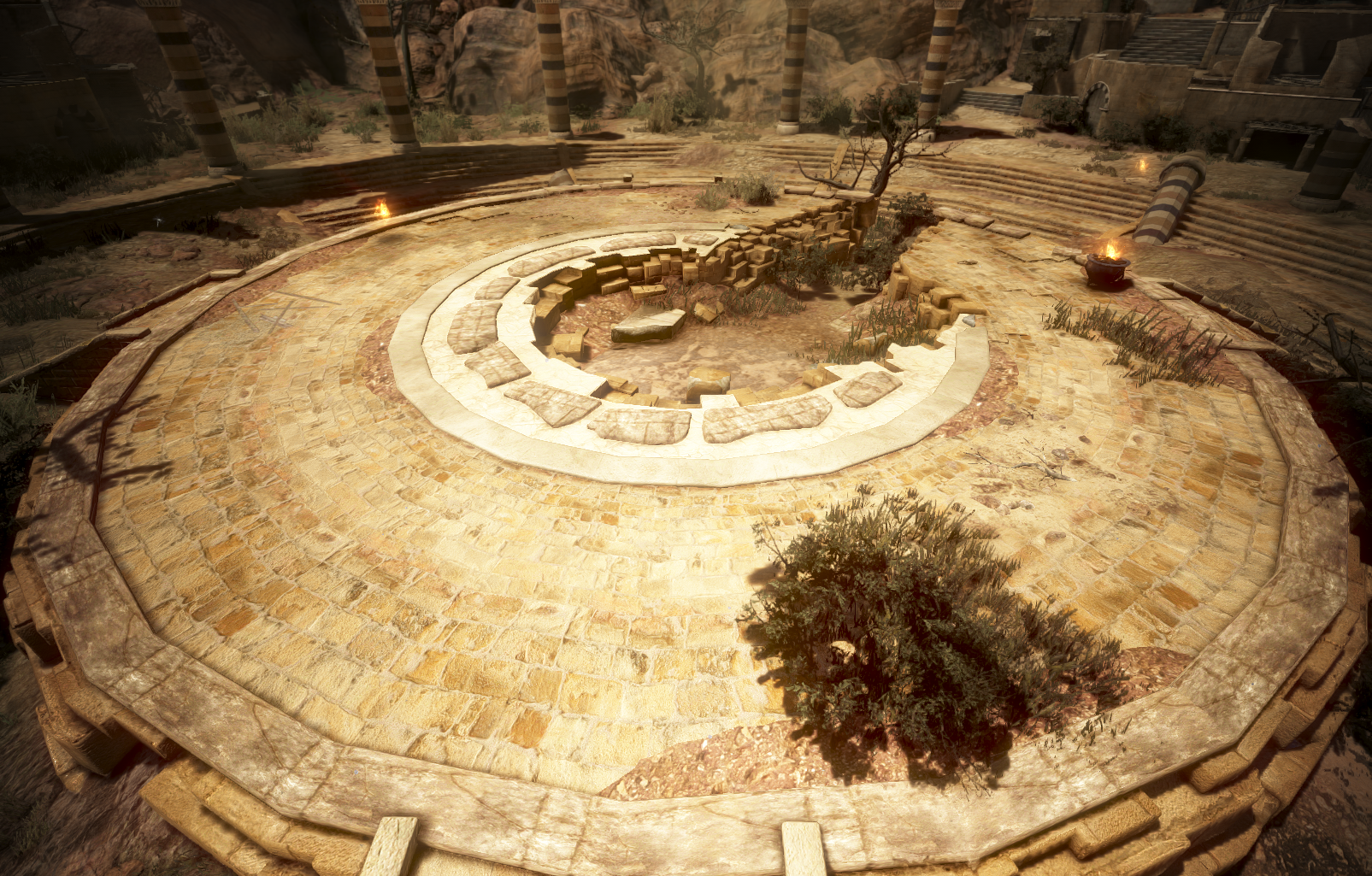 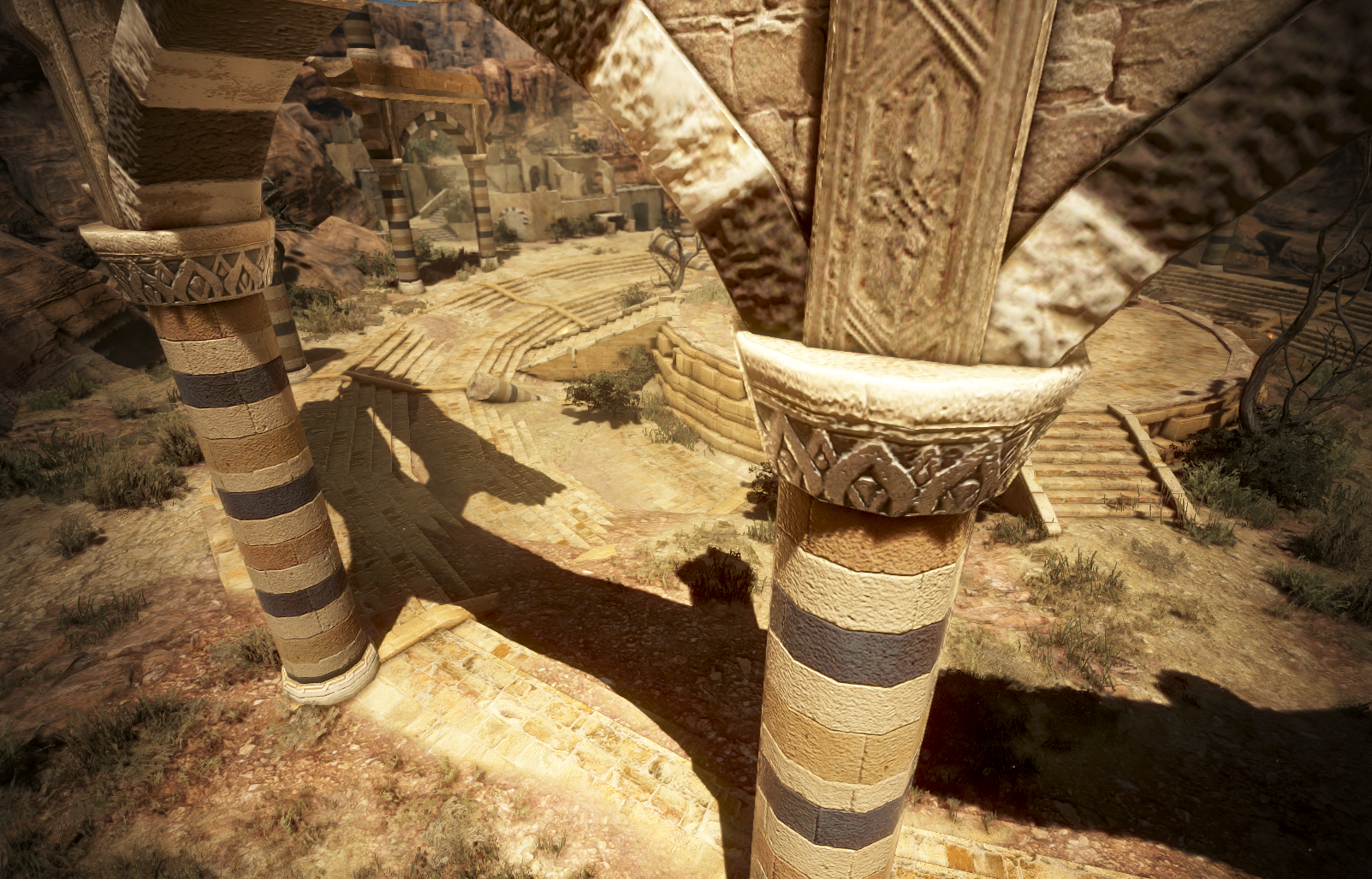 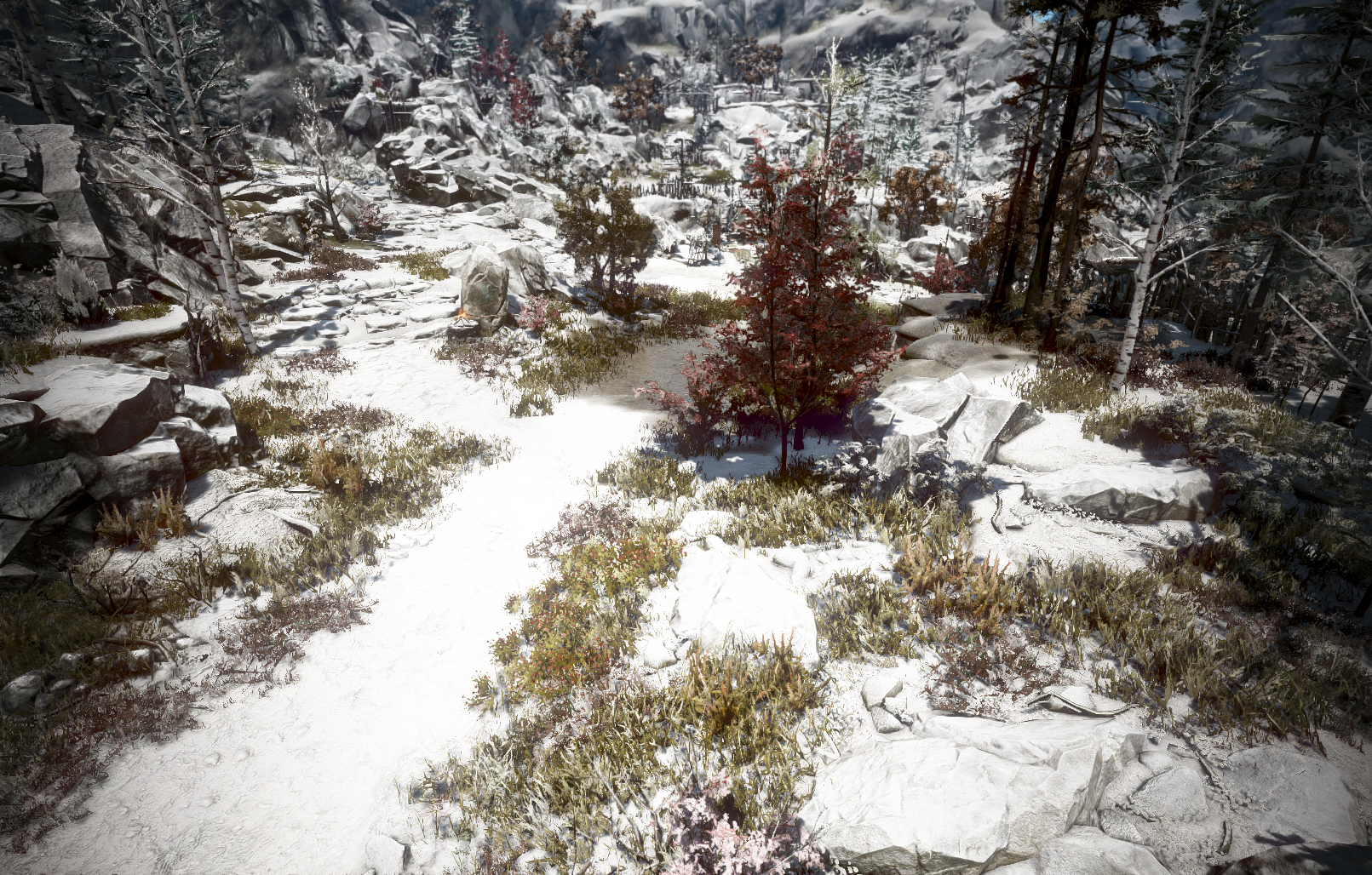 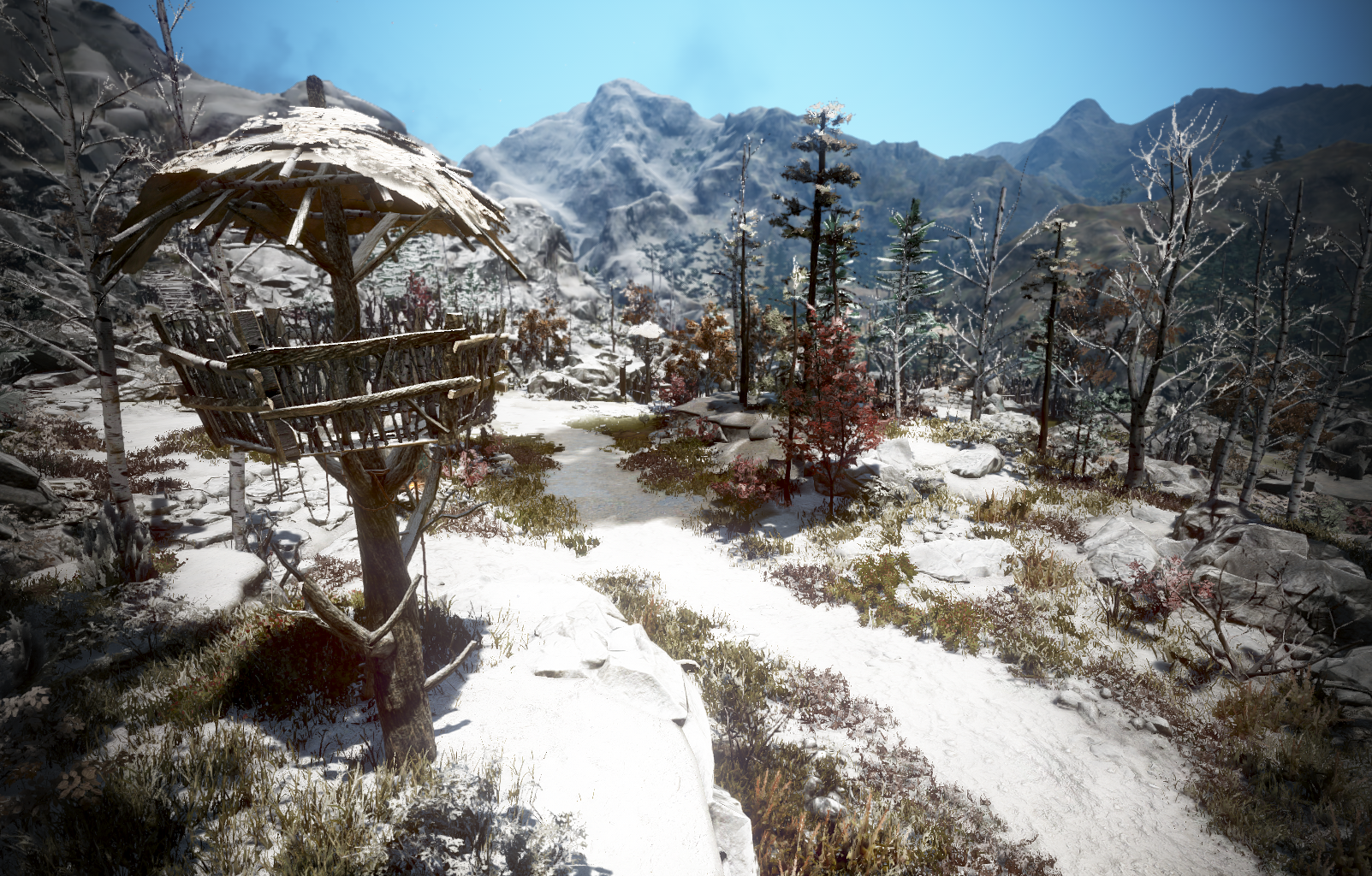 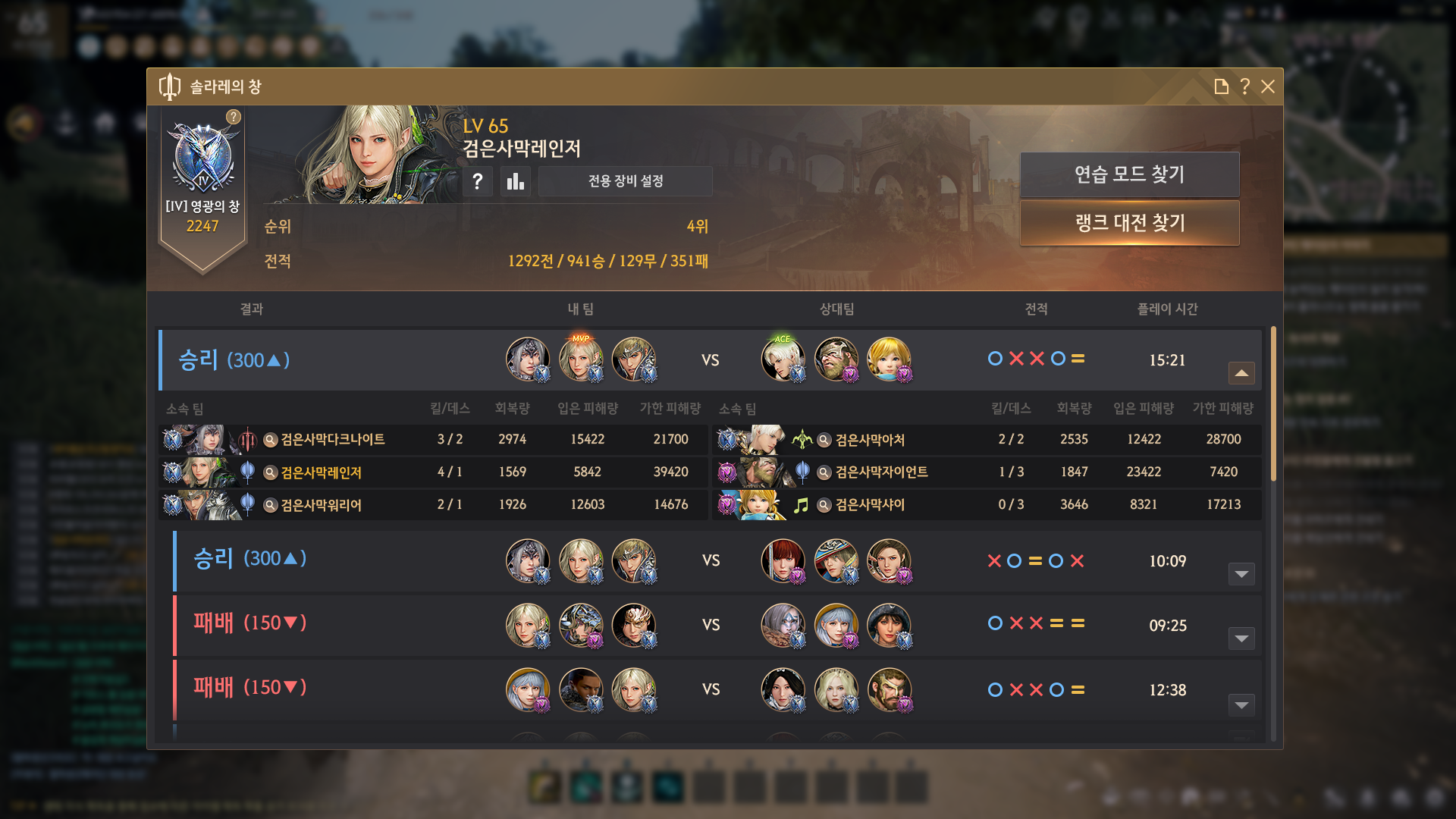 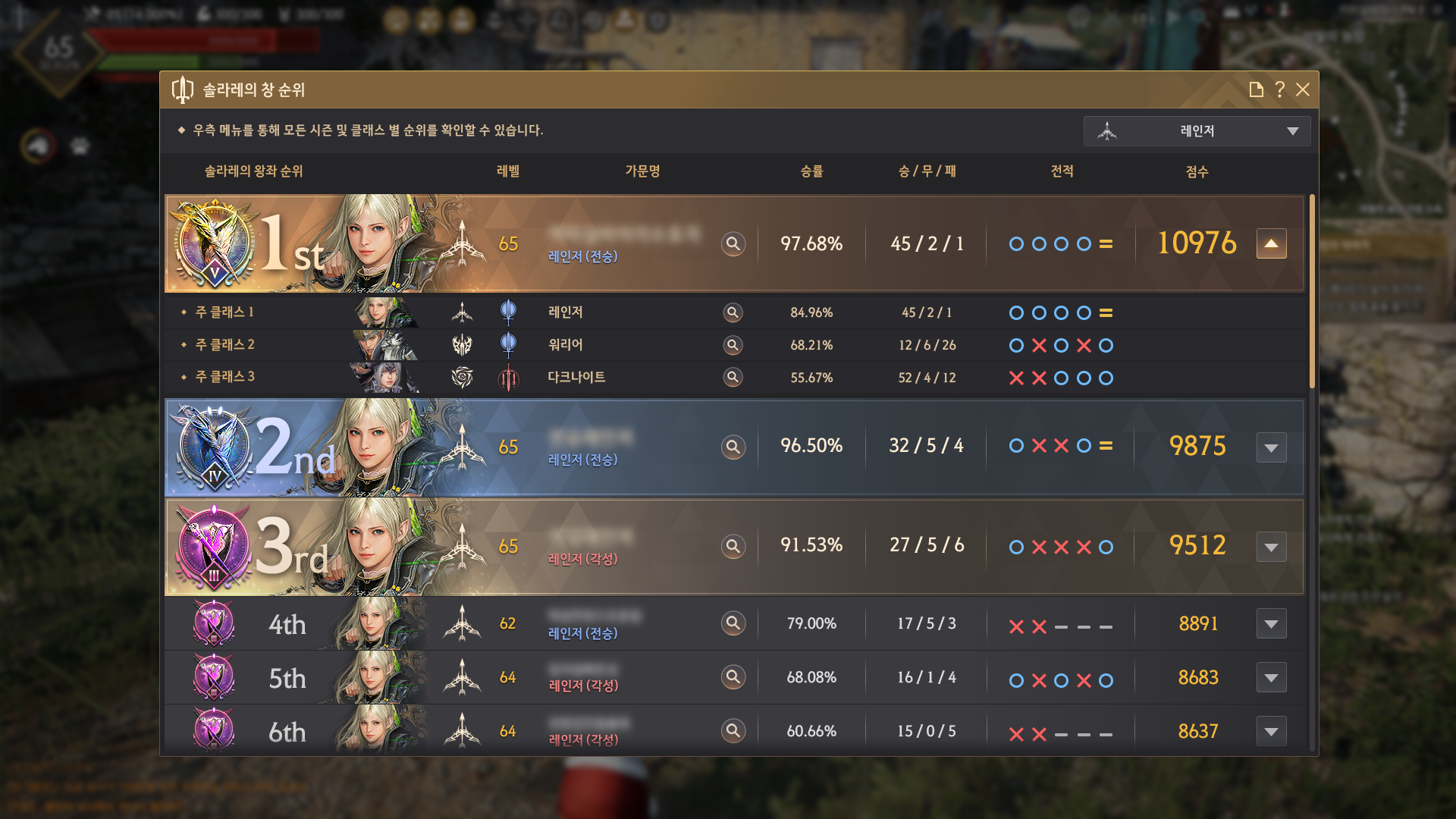 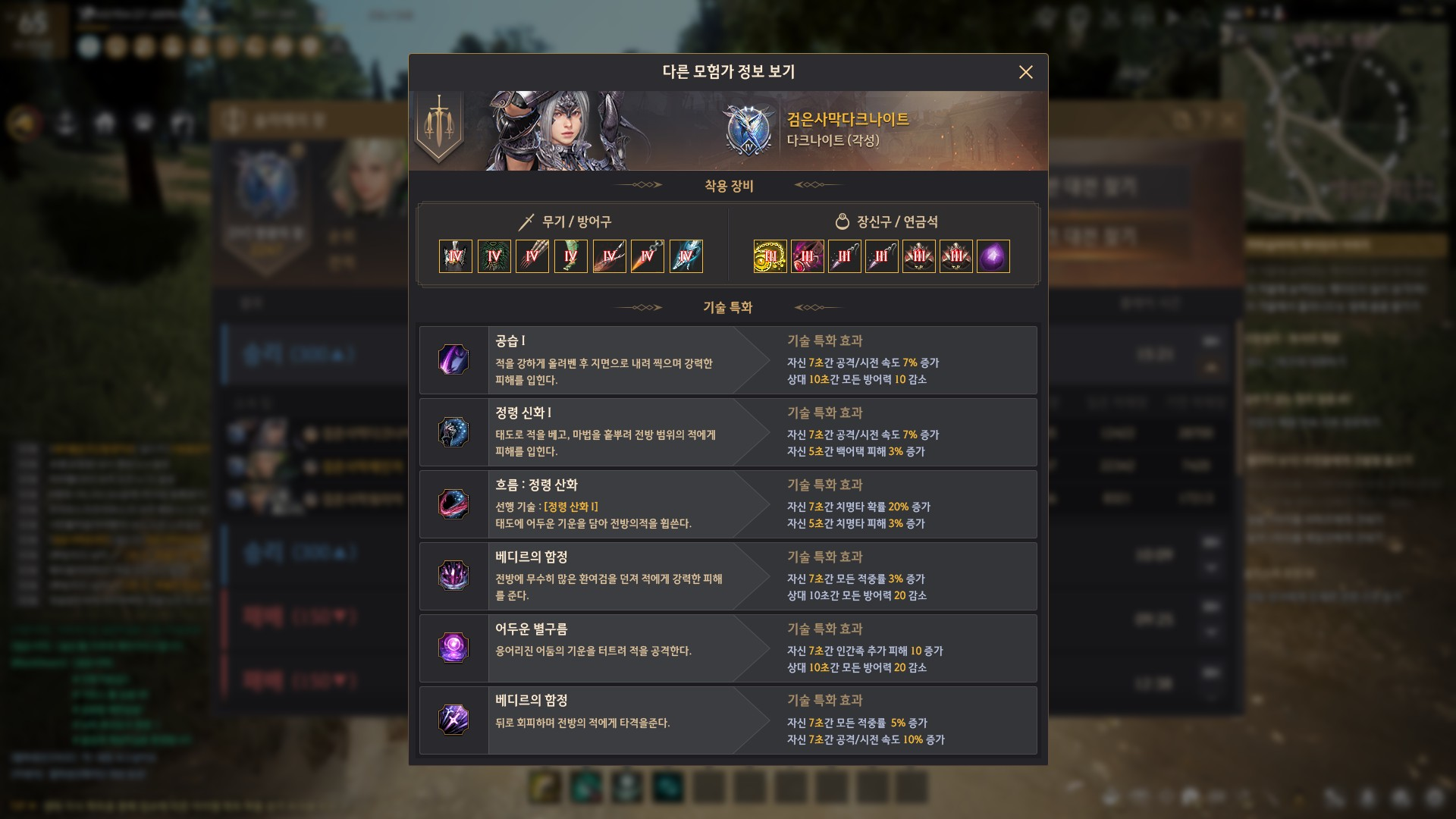 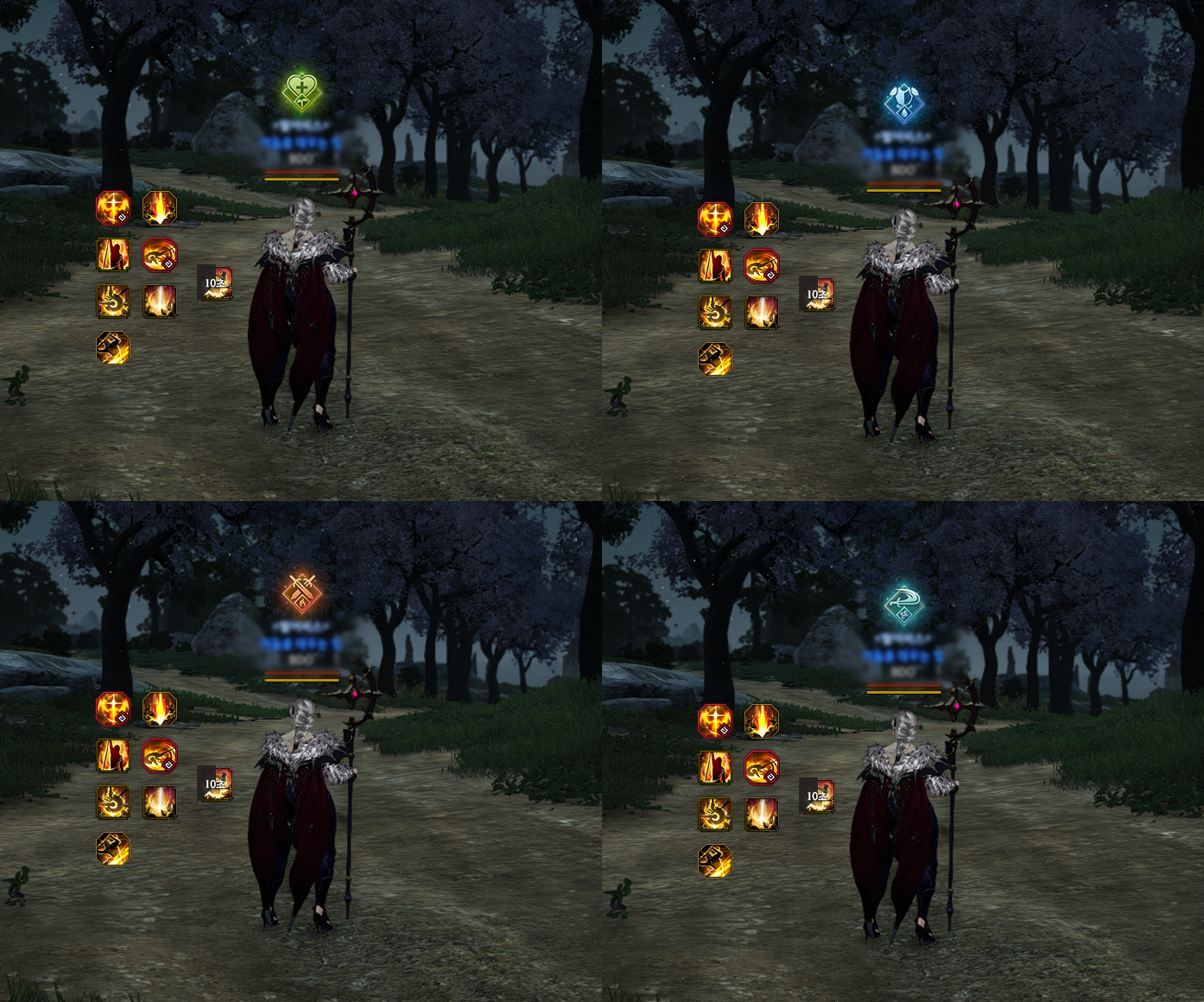 The location of the appearance has been changed from the Hermit Forest to the road between the wild plants so that the dull tree spirit does not interfere with the main quest path. You can also check it through ‘View Local Information’ on the World Map (M). 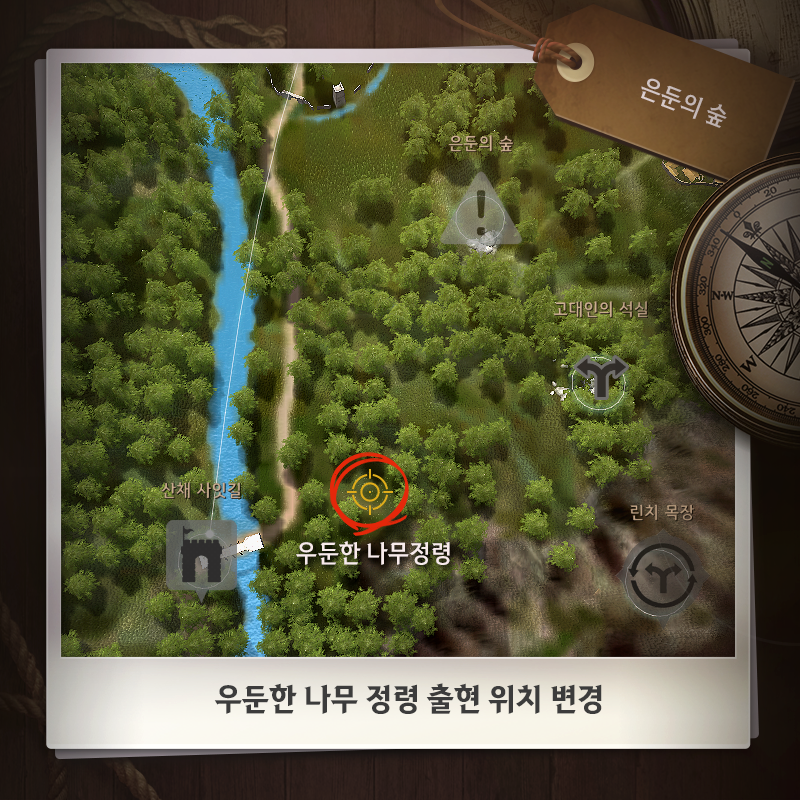 Starting with the Korean official server on August 17th, major and minor improvements for each character will be reflected. We will continue to check after these details are reflected, and for some classes, we will continue to update if it is deemed necessary.
Thank you again to the adventurers who always give us good comments.

In the case of Rangers, we expanded the utility of <Prime: Ultimate: Blasting Gust>, which could be seen as a signature of succession.
First of all, by increasing the damage, we have made a very meaningful performance in PvE, and by changing the defense judgment effect from super armor to front guard, it has been improved so that it can be used universally from normal to top hunting grounds.

Like the Succession Ranger, the Succesion Valkyrie also strengthened the <Sword of Judgment>, which could be considered a signature. Now, when <Prime: Celestial Spear> is used, the buff called ‘Heaven’s Eye’ is activated, and if <Ultimate: Sword of Judgment> is used within 7 seconds, 1 hit is added against monsters. In addition, the effect of the skill has been improved to give a more ‘condemn’ feeling. In addition, the damage of <Judgment of Light> was also increased to strengthen the overall PvE ability, and in the case of <Divine Power>, the effect effect was improved to match the range. 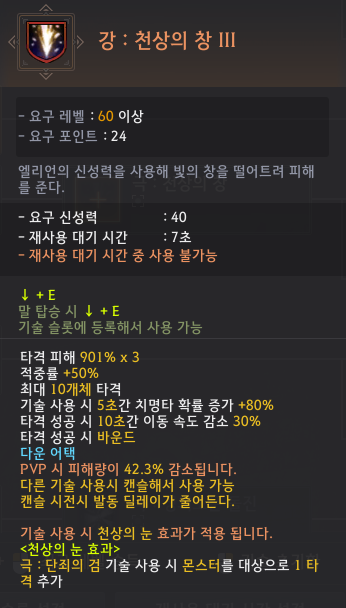 Awakened Kunoichi has improved the animation effect to enhance uniqueness. At the time of the improvement of the Kunoichi effect, there was an opinion that it was unfortunate that there was only one succession, but I hope it will be of little significance to those who mainly enjoy awakening.

A new skill, <Light Shower>, has been added. This is a crossbow skill that adds to the archer’s character.
When this skill is used, seeds of light are activated in the air, and soon they are born as arrows of light (summons) and attack enemies. It doesn’t do huge damage, but it’s expected to help increase DPS in relatively difficult high-end hunting grounds like Gynt Hill, as it will automatically support damage when used with simple movements.

Shai has had some skill damage adjustments since last week’s update. Originally, we wanted to tune the excessive performance by adjusting the number of strokes, but we decided that it was right to keep the characteristics of Florent, so we only adjusted the damage of some skills this week. Although the damage has been adjusted, Shi’s Florent still boasts a menacing ability when dealing with powerful monsters.

In the case of Succession Drakania, there was a big change in PvP last week, but this week we improved the performance of PvE, which was lacking according to the adjusted abilities. We increased the damage of skills mainly used in PvE (PvP is the same as last week) and supplemented last week’s update by increasing the amount of ions charged to some skills when <Prime: Dragon’s Fury> is activated.