Thursday, 22nd October 2015 update included  Warrior Weapon awakening ‘Great Sword’ and new boss ‘Karan is’ along with 76 additional changes.
For details of this update, refer to the information below. 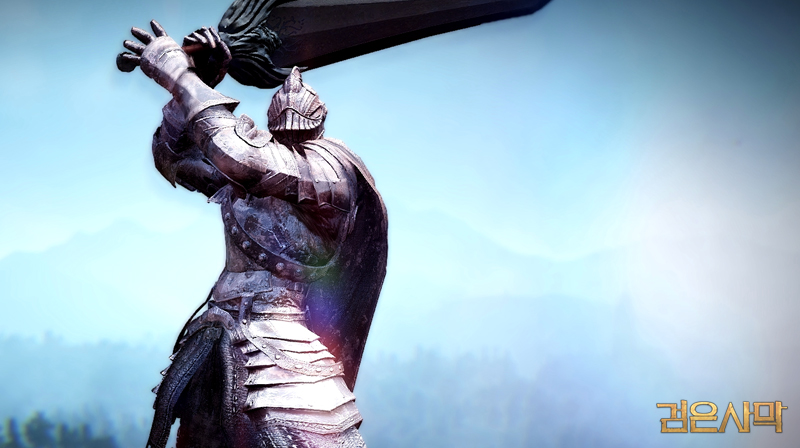 Event images will be uploaded shortly.

● Limited Edition Halloween Items! The event is in progress.

● Warrior Adventurer Countries, awakening your weapon! The event is in progress.

– Level 56+ weapons of the Black Spirits Awakening quest to complete the final character Warrior Reward (Great Sword) it will be automatically submitted when picked up.

● Slaughter in the sky, relative Karan Be different! The event is in progress.

– The payment of debris Karan (5) of memory for an adventurer gained power after the procedure and the item will be the next cache through a lottery.

● Please return the gift package to bomb an adventurer!

– Support for special supplies for adventurers returning after a moment away from the battlefield.

● Warrior ‘Great Sword’ has been added.

– When you are done, you can request a new weapon to obtain a Great Sword.

– The new Warrior skills has been added.

– You can change the way of Great Sword combat and traditional sword / shield from the C button, press the C button in some of the skill available is linked to the flow of the Great Sword skills.

– Awakening weapons skills is applied to the weapon damage of awakening, it does not apply to existing primary weapon. However, the gravity is modified and the enemy will be applied in the main hand.

● Land All figures ever increasing gravity of calling technology has been raised, consumption mentality has changed.

● When using all the premises of the technical vocation ever increasing effect of gravity has been modified to apply only to themselves.

● Playing: avoid shooting technique has been modified to be used for technical awakening effect is applied.

● When defenses get attacked from the rear offset the effect of this phenomenon has been improved to be applied.

You can raise a cow with a fence ● ‘haystack’ it has been added.

– When the ‘haystack’ on the fence to breed cows can be harvested to obtain leather, cow meat and milk.

– If after a cow bred improve the ‘haystack’ You can get a fine, teuksangpum ‘haystack’.

– Use the ‘haystack’ of higher grade can be more breeding cows get more crops.

– ‘Haystack’ is not affected by the items fertilizers.

● Added a fishing bobber, which can be mounted on the secondary weapon slot.

● The following new species have been added.

● it has been added to create a ninja suit the aristocratic wardrobe step 2.

● Store maeipga of large ZAKA weapons have been adjusted.

● [Sorcerer] cover as a weapon, it has been modified successfully sell costume set.

● jinbeo reyiseom been added to the bridge that connects the island in the middle.

● World Raid bosses ‘is Karan’ has been added.

– The haunting is that Karan Karan from the hill top.

– You can acquire weapons dandelrion box Karan is stochastic in Christchurch City.

● The decision to summon the chief orders when using a pop-up description of the dimension has been added.

– Decided to summon up the ancient ruins

– The extra work in the production per worker acquired the technology when working under.

– The material is consumed, depending on the result quantity.

● technology to summon the captain and the guild guild members being connected to the same channel as the current location of the guild colon ‘gatherings command’ has been added.

– Guild captain when using the “Gathering command ‘technique,’ Gather Command icon is created on the top right of the screen being connected to the guild.

– ‘Gatherings command’ icon will be exposed for about 10 minutes, click on the icon, the guild will be summoned to the location of the Guild boss.

– If the colon is not in connection guild, guild gatherings command can not be used again until the colon is connected.

– The cooldown of “gathering command ‘technique is 11 hours, guild members are summoned to the technology should be at least 30m away from the Guild boss.

● The sweeping reorganization was conducted for fishing species.

– To give it more variety of effects through the improvement of existing fishing catching fish in a restricted area designated fishing is a full-scale reorganization of the contents was conducted.

● The ability to use energy as a temporary space (Space) when fishing was aborted attempt.

● Added the effects of fishing levels.

– Masters more than 20% chance of fishing mini-game Enter letter to the three reduced.

● The construction of the fort and the command post has been reduced workload.

* After the Black Warrior Spirits summoned in more than 56 levels, you can start the referral.

> Makings of a mercenary, mature

> Makings of a mercenary, patience

> Makings of a mercenary, defense

● Warriors awaken knowledge has been added.

* Awakening the Warrior If you have completed all requests can be obtained.

● new title has been added.

● Some names have been changed monsters and knowledge.

● Serendipity Boutique and southern treasure map has been improved so you can get back to the map carved destruction of the commission.

● Some of the symptoms progress commissioned to find a lost kite, open cycle does not interact has been modified.

● recommended level of contribution to the black spirits / Knowledge Commission has been fixed at 30.

● early contribution to the ordinance black character tutorial period / energy commission has been modified to appear.

● All these exchanges mark button in the Angler region has been deleted.

– Proof of anglers are using this function will be suspended for future improvement.

– Proof of anglers already being held can be sold in shops NPC.

● Some names have been changed and the targets of fishing-related requests.

● when you specify a removable items or skills to register and a shortcut to the quick slot, setting the specified key to the essential keyboard shortcuts it has been modified to close the window.

● Gather command button has been added.

– It will move to a place with the click of a button Guild boss.

This phenomenon does not work ● tooltip has been corrected in the exchange items Specials category.

● Hot Items Items exchange information that is missing when moving to a general exchange the item category from the product category has been modified so.

● The actual technology was added to the combo tutorial is to check whether or not to use.

● Pension seat when charging is complete message has been added.

● The number of seats required to charge pension charge was modified to appear.

● recent memory has been modified to close after 30 seconds.

● The remaining time indicated fort and the command post set up in the building demolished during the construction window has been added.

● has been added to jangbichang awakening weapon damage.

● stronghold fort was built to be the number displayed on mouse-over tooltip when the base has been modified to appear during the base before proceeding.

● This phenomenon has been modified camel icon is not exposed to the minimap.

– The Awakening weapons added characters only.

● Apply a pearl store weapons awakening ON / OFF button has been added.

– If you wear the weapons and arousal or awakening, select the item containing the weapon can be applied.

● The descriptive text for the game to start the channel selection has been added.

● standard bases around the area name marked on the bottom right of the mini-map has been added.

The UI has been added to livestock fence ●.

● livestock only interact button has been added.

● The planting guide can be seen in fence installation mode has been changed to see divided into crops and livestock.

● Pearl stained windows of the shops in the ‘Show arms awakening “button has been added.

● All “is part of the explanation for the effect” knocked out in the technical description has been modified this phenomenon marked by Stern.

The icon of the items below have been modified ●.

● fort and the command post after installation is complete, this phenomenon has been modified demolished UI.

● Adjust the scale more in UI editing window that controls the symptoms reduced size has been fixed.

● mapae stall state registration button at the bottom alert window appears, it has been modified to prevent this behavior.

● Price Guarantee trade goods are sold when an abnormal phenomenon sale price has been fixed period has expired.

● The transparency input a mouse arrow over the state of the dialog has been modified a phenomenon that remains at 100%.

● When reconnecting the game while on a ship carrying the words to say that this phenomenon has been improved through the water.

● The duel has been modified to disable the emergency avoidance.

● Intermittent registration and exchange phenomena that can not properly use a pet has been modified.

● stall has been improved so that you can receive a mating after the Colts in full.

● times have been modified to allow the battle from above.

– However, the ship is immune to all states on the phase shifter and grip, no conflict between the characters.

● pension polishing stones, and growth function has been modified successfully.

● The development board is not updated in the info window, put the item into water boarding water bag has been fixed.

● Before starting position occupied prior to and during ‘After a while before the occupation (former stronghold) will start “system message has been modified to appear on all channels.

● has been modified several times crossed the unusual phenomenon of a dead male horses.