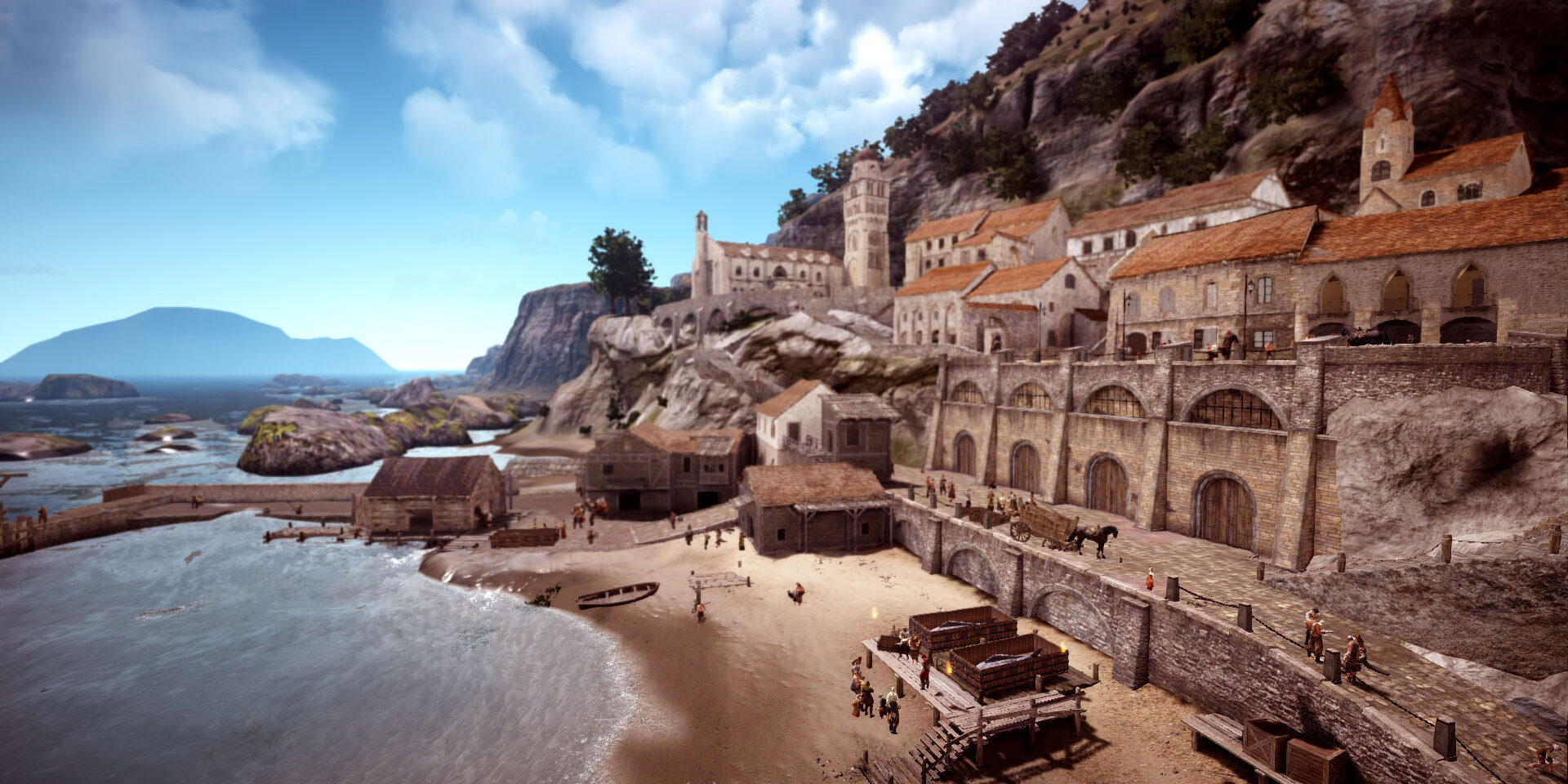 ● May event gift – Lotus Lantern headdress has been added to celebrate Buddha’s Birthday.

* Item can be purchased for 1 Mileage from the in-game Pearl store (F3) under the Mileage tab. 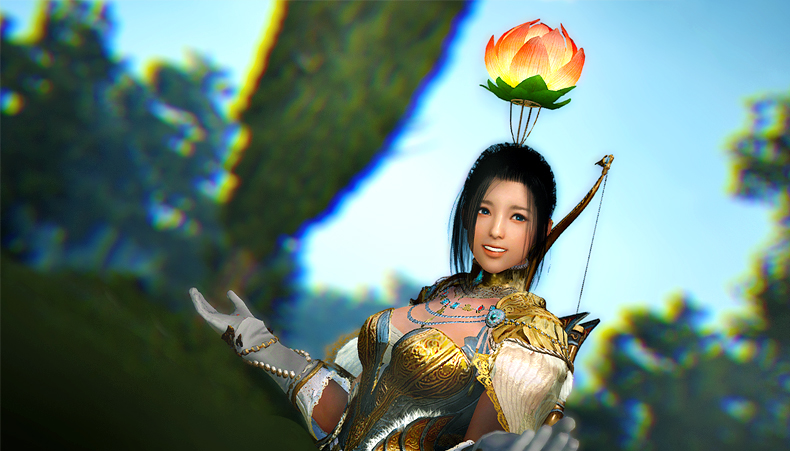 ● Predator Hunting skill has been modified so that it now works correctly after using the Wind Spirit skill.

● Using Rear Chase sequel 3 Skill after Psalm 1 skill has been modified so that it will stun even when on cool-down.

● Shield toss skill has been modified for PvP so that it no longer applies a stun effect.

● The description of the ethereal sound skill now shows the correct figures of knockdown level.

● Using Rear Chase sequel 3 Skill after Psalm 1 skill has been modified so that it will stun even when on cool-down.

● The description of the Pole: Blind Opening skill has been modified.

● Gathering will no longer show bare-hands if the player is using a tool.

● The ladder climbing down action has been modified to look more natural.

● Easy-to-use features of the breath to improve an item temporarily halts.

● Solid fence’s appearance has been changed.

– Obtaining the item is the same as before.

– Return the old fence and you can hire a new solid fence.

● Cannon recovery time has been changed from 180 seconds to 30 seconds.

● Dying slots have been added to costumes.

● A bug where Ranger Costumes shoes where invisible has been fixed.

● The effective duration of the flight current items has been increased.

● Opening boxes have been modified to display the acquired item name in the message.

● A message appears on the item when using the maximum number broke the probability of potential fixes.

● When mounting the shoes of the embargo rattle  appearance has been modified successfully.

● The defense of Kia’s pitching has been changed to increase by 3 after enchanting past +15.

● Some silver jewelry items have been raised to an item exchange maximum upper limit of 1.8 million.

● incorrectly labeled content of the tooltip of the item Ata Nice shoes Ranger has been corrected.

● +16 Items exchange trading price of weapons has had some adjustments.

● Kia’s Helm, Armor red nose, his beret gloves and a set of effects in the shoes of Optimus Khan added:

● Characters to say that the damage has been reduced.

● The number of remaining at the end of the market at the time of registration if you do not have a mating technique not adversely affected due to the pricing has changed.
● If the construction worker is sent to the Citadel to increase the amount of activity the Guild has been fixed.
● 1 channel other than channel seems to have taken over from the former of trade items your character if you do attack,catching the tendencies in the combat area is reduced.
● Have not joined a Guild characters cheer during the war are unable to do.
• All other channels 1 channel to cheer: scam is not.
● The abandoned mine sites benefit from the occupation of productive capacity has been modified in one step two tax benefits.

● Alchemy from one skill level can be flexible Alchemy Stone.

– Create a combination of certain ingredients in the alchemy tools installed on alchemy settlement stones.

● making alchemy stones probability of success will depend on the level of alchemy.

– The same name, even if you can get a variety of effects, depending on the grade.

● After mounting the item mounting alchemy stones it can be used by pressing the U key.

– The unique effect is activated during use, durability is consumed by one.

– Same family (destruction, the Guardian Life) seats and share of cool-down, the effect will not be nested.

● Durability can be recharged with a depleted alchemy stone.

– Durability charge depends on the value of the jump.

● Durability according to the alchemy stones as follows: Class seats each.

– If you experience reaches 80-150% range of growth may try, the more experience, the higher the success rate of growth.

– alchemy destruction stone: mineral consumption, the jewelry and the work of the material

– alchemy patron stone: wood consumption, the sap flow and the work of the material

● If successful growth you can get one of three results.

1. The stage of growth and rising with the grade

3. The rise in the growth phase

● If the growth fails, the following will occur:

– Imperfect, rough, it trimmed a 50% loss of current experience.

● Alchemy stones can be traded through the item exchange, it can not be sold in stores.

● When the chief rewards of obtaining greater success ZAKA Reid has been modified to allow more characters to get.

● The Guild boss Reid‘s stamina is reduced, and the monster ferry-drop probability.

● Treasure Hunt – the acceptance condition to merge maps has been added.

– It has been changed so that you can order a referral, even if you are holding the unfinished treasure map.

– A treasure map obtained in the previous request before meeting before hand Mariano  been modified so that the Commission is followed.

● Images have been added for knowledge.

● The Blackstone (Weapon) Compensation Commission have been added to aid the black desert adaptation of novice adventurers.

● NPC’s buttons for starvation has been fixed.

● ‘chicks come Gon meat’ chances of acquiring the target quantity and the Commission have been relaxed.

● Do Sar, not to talk of other leaf and villages have been added to help you obtain the “roving bandits of Xixia ‘knowledge.

● If you press the character death: Resurrection experience drop penalty has been modified so that the message is not shown when:

– Another character or summoned monster kills you

● When you join another Guild, the previous guild progress will not be displayed.

● If mounting, right-click the item in the warehouse NPC dialogue if the delay of a button comes out near the warehouse has been removed.

● A maximum of durability has been modified to initialize recovery of material items registration window.

● Production notes for clothes such as the [jukebox] prayer time, [Valkyrie] Carl peon aristocratic dress has been added, thus the other contents have been modified and updated.

● Guild Invitation shortcut menu in the interaction with other characters have been modified so that they do not appear to R.

● If you right-click the maximum durability in the recovery of the items have been modified to mount the screen is turned off.

● Other Guild the Guild commissioned a complete message has been modified so that it doesn’t appear.

● Horse equipment has been modified so you can now extract Blackstones.

● The dock alignment feature has been added.

● The skill features have been added to the stables.

– End technology of the 100% rating “training” button will appear in the non-technical.

● Equipment character giant the bottom right side of the head portion

● Hide button has been removed.

● World stables list and map information window at the stables has been modified so that they appear together.

– Stables changed to appear in the list window only.

● World map, rather than the purchase of the House directly from the front of the House with a window open a stall.

● World map, rather than the purchase of the House directly from the front of the House with a window open a stall.

● The following items have been added to the production notes.

● When you fall from a very high place the character will no longer freeze.

● A bug has been fixed where the Santa Hat was exposing parts of a characters face.

● The items enclosed in a letter to the adventurers come back if there is no letter, it does not delete.