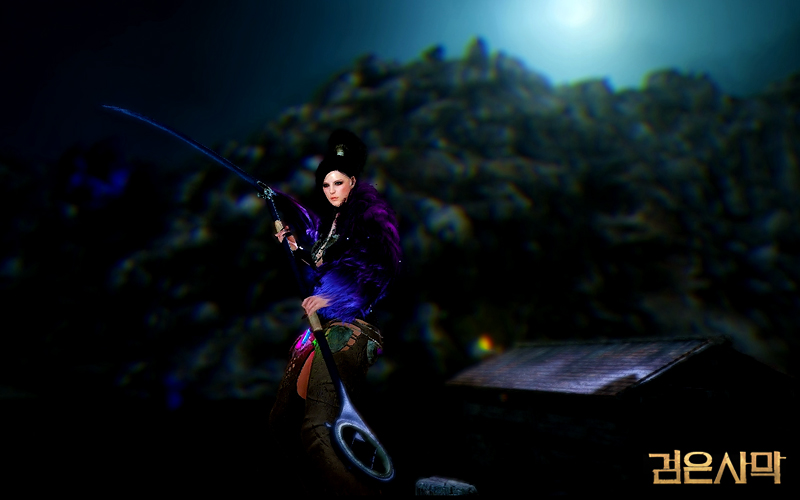 ● Sorcerer Adventurers open, listen to the ambassadors better! The event is in progress.

● The Talent Project events will be conducted for new adventurers.

– 7 primary connection to receiving a gift is paid through the daily challenges, please graduating from the novice adventurer!

● The movement of the ‘Caps Lock’ key has been added a feature to the action of walking.

● male character part appearance of facial hair has been fixed.

● This behavior has been corrected in an awkward phenomenon manifested in the Pearl View store weapons.

● Flow: Dead Sunder technical description of the damage this unusual phenomenon has been modified from description.

– Once you have completed the request awakening weapon you can get better ambassadors.

– Sorcerer new technology has been added.

● During the run forward and jump down the cliff phenomenon diving operation unless the diving attempt has been fixed.

● ahal tears have been added.

– Materials can be purchased from the merchant and is used as a material for party-type leap.

– When processing the same flight two and Isle of Tears a simple pension Processing tab (L) can be obtained.

– It can be used in the same way as the existing leap.

– Only party members will apply.

● The cooldown has been adjusted to the existing leap 5-10 minutes.

● The description of the item associated with the breath of ahal been corrected.

● Search of the next exchange the item has been adjusted.

* Dish tab has been moved from a boarding Water & Pets tab.

● The description of the following items have been added.

● [ninja] This phenomenon can not be heated a knife peon aristocratic costumes have been corrected.

● Wizard character shoes when wearing a costume this unnatural phenomenon as kava has been fixed.

● number of items that is exchanged some NPC has changed.

● Fixed a replacement item number in the following description.

● barricade upgrades have been added.

– Barricades, [Guild] is the ability to upgrade to a steel barricade barricades have been added over the next material.

● Store price changes of red full-length item, it weighs only a remedial agent was changed to 0.01LT.

● The maid specifications have been changed.

– It has been modified to be made subject to the arrangement after 20 minutes cooldown.

After placing the maid at login, and character changes, channels that apply from the first batch cooldown of 20 minutes per move has been modified to apply to maintain a cooldown.

– Item description has been changed from 20 minutes can not be used at login to use not 20 minutes after placement.

● The phenomenon leaps differently and duration buff icon remains as described in the item description of the seals have been fixed.

● port town of Epernay Ria repair capabilities have been added to the NPC piriah.

● The following stamina and damage of monsters and raise the level was down.

● Restriction of some chiefs summoned up is adjusted to 45 levels.

● guild battle system has been added.

– Two Guild Wars guilds are running, you can proceed to battle.

To apply, you must have a battle on two channels, such as colorectal guild.

– When the battle starts, all guilds will be recorded entirely with the partner.

– Guild to battle the battle with us will select the winning conditions.

– It may refuse battle, you can reject war remains.

– Showdown is available only once per day per guild. (Initial 00)

– When the battle begins and the battle cost is deducted, the full message indicates the start of a battle.

– First to win the guild and the guild achieved a victory conditions and tells the win to the full message.

– A guild winning the battle, you can have a battle cost price excluding tax. (Approx. 20%)

– Battle can not be canceled until one guild achieve the victory conditions.

– Battle can proceed only one battle per guild, this ongoing battle to end next battle is possible. (Initialization 24)

– If one kills the enemy is not determined by the number equal to or penalty within 24 hours and processed in a draw, both guilds will be considered a defeat. (In this case, the battle cost both disappear.)

– If you are one of the guild battle to reach the victory condition after a while this battle will end. However, this time the enemy is the number one treatment will affect the final result.

Ex) If A is 300 Kiel achieving the guild battle victory conditions it will be terminated shortly. The guild if B is higher than A 301 kilometer Guild is ending battle to win the B guilds.

● a button to get a strong protective effect of buff has been added to the red-Dazs Battlefield NPC.

– Press the button to rise dramatically decrease damage and hoepiryeok for 10 seconds.

● Red appropriate message for each team, and the effect upon victory or defeat on the battlefield has been modified to be exposed.

● some points have been moved aboard the fishing currents.

● Guild skills ‘gatherings command’, a description of the ‘flag of bultoe’ has been complemented more clearly.

● commissioned by the three kinds of flutes <villages and homes and rats>, <unsanitary rat>, completing the conditions of <dismay of the lord> has changed.

– When a character has a flute bag Valley town of Ah / Heidelberg / Ilya above, the Commission can proceed on the island.

* Sorcerers and shamans summon black in more than 56 levels, you can start the referral.

[Sorcerer] descendants in the Cartier

[Sorcerer] a new beginning, another leaf

> Makings of a sorcerer, foreseen

> Makings of a sorcerer, ejected

– Sorcerer – Return of the Sorcerer

[Sorcerer] reaper scythe in the Cartier-linked

[Sorcerer] reaper scythe in the Cartier-practice

● Sorcerer awakening knowledge has been added.

– Descendants in the Cartier # 1

– Descendants in the Cartier # 2

– Descendants in the Cartier # 3

● The “obsession of the arenes, the beginning of the element ‘knowledge and phenomena that can not be acquired’ troublemakers of the robbers’ knowledge has been fixed.

– Now if <Fugitive of the robbers> and <commitment Arendal Now> commissioned to complete the above knowledge can be a reward, you can already request the completed state of the dialogue with the younger Arendal is to acquire the appropriate knowledge.

● Serendipity Boutique and more than 260 contributions to the city of Heidelberg, Lara NPC intimacy with the Adventurer that can exceed 100 consecutive referral order has been added.

– Was a ghost!] (Continuous request)

> Congestion of the lungs stall commotion is?

> Old King was longing for eternity

> By Eileen inexperienced but youngteuk

– That at the end of the power

– Record of the forbidden alchemy

– No rinsing of the claw

● tarp tar appearance image and the image is different from knowledge development has been fixed.

● The following have been added to new knowledge of the NPC.

● Refresh button image of the item exchange has been fixed.

● Select the guild has been added the ability to invite a party.

● Hover the mouse cursor has been added to the guild name to display a channel that you are connected guild.

– When you right-click the mouse, you can be friends party invitation from the menu that appears.

● The ESC the menu ‘Status battlefield’ was changed to ‘red battlefield.

● The red battlefield UI have been fixed.

– When selecting the battlefield distinction it has been improved more easily.

● The design of the mobile channel list has been modified.

● If the item is an intermittent exchange the item name in a long line breaks does not apply to this phenomenon it has been fixed.

● exchange the item button at the base city of the world map icon has been modified to operate normally.

● It has been corrected typographical errors in the “desert travelers’ NPC Ambassador of Valencia.

● On the request of the queen loves flowers batdeon commissioned and commissioned summarizes the different phenomena targets have been fixed.

● When using a full-length or full-length release The Status of Health in the state, rather than 100% in a message that has been modified naturally red battlefield.

● The Enid Kobe NPC Ambassador awkward phenomenon has been fixed.

● Some of the descriptions knowledge typographical errors have been corrected.

● typographical errors have been corrected to ask what happened that night.

● The cloak the ninja costume was modified kalsyutain always visible regardless of the secondary weapon equipped.

● If a Valkyrie wore the clothes of hermits can Alchemist, the release of this phenomenon around the neck graphic is displayed abnormally has been fixed.

● tab “word of the day ‘Guild UI has been corrected in this phenomenon in the white background.

● This phenomenon is visible above the eyebrow hair of some characters has been corrected during customization.

● World map of the base connectors in the base mode before unseen phenomena has been modified.

● Sorcerer awkward motions and unnatural motion of the action behavior has been improved.

● pilgrims to the sanctuary – regional knowledge base manager hints integrity has been modified incorrectly labeled this phenomenon obedience.

● also been added exchange icon icon next to the Valencia base.

● When you open the help window through the open window on the world map, this phenomenon has been modified to not close the Help window ESC.

● Location canapés hat the phenomenon that some body parts are displayed abnormally when mounted has been corrected.

● Hair plum characters that appear abnormal phenomenon has been fixed at a specific position.

● party phenomenon UI window is displayed on the world map, in certain circumstances has been fixed.

● boarding the moment you open the World Map riding a water phenomenon that water boarding status bar on the World map has been fixed.

● This phenomenon can not be closed with ESC has been modified, open the Guild Window on the World map making.

● castle or in the desert, such as available technology, so that the guild ‘gatherings command “in some areas has changed.

● If you are connected prior to entry into the channel, such as channel, the channel move time limit has been set so that it is no longer initialized.

● Set the resolution and the actual resolution is different phenomena in windowed mode has been improved.

● If you can not revive the fort and the command post is at least two, it has been modified in order to display nearby.

● If some of the technologies included missile attacks, this phenomenon is applied intermittently blow abnormally been fixed.

Patch notes translations are brought to you by www.blackdesertfoundry.com