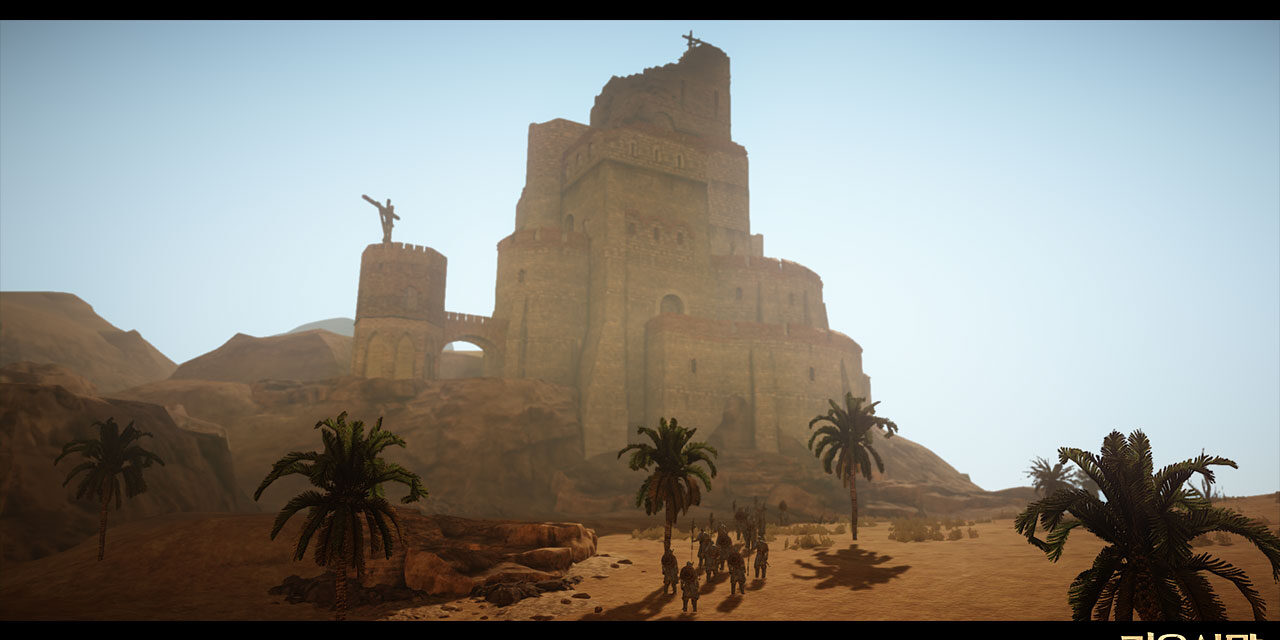 ● [Event] on the purchase and use of items claws of the black spirits – event has ended.

● [Event] moonlight carving exchange by the NPC – event has ended.

● The detachable quick slot phenomenon can not be used as a shortcut and technologies registered in 11-20 times has been fixed.

● Separate Quick slots 11 to 20 times to register after technology that reconnection phenomena during initialization part has been improved.

● Use extractor intermittent use of this abnormal phenomenon has been fixed.

● The icon of the deadly wind technology has been modified this phenomenon appears to be abnormal.

● trinkets in question are sold in stores have been added to the item description (question rings, necklaces question, earrings doubts, questions Belt).

● The making of a siege weapon mill throughput expression ‘bomb’ was changed.

● has been modified so that you can use the ‘bomb’ items.

– You can create a bomb item in the Works siege weapons you can use to summon the bomb.

– A summons bombs and explode after a 10-second delay, ‘R’ key can be moved using the lift holding.

– Summoned the bomb can be anyone, a 10-second wait time is initialized when picked.

– The item will be the future updates during setup and augmentation.

● all the items in the store have adjusted pension seats to sell.

● <unused item> name and description [jukebox] seashell, a jukebox filled with a sea theme. To have changed.

● has been modified so that the box-type items in the process creating small overlaps.

– Remove the box if you have an existing pre-existing items remain overlap again put in storage.

● The party distribution option has been added.

You can set your party distribution options in the party window.

– Set the ‘Class of items’ and’ exchange quote prices “as a party distribution options, it can be distributed.

– If you acquire an item that corresponds to the setting-party distribution among party members are classified as specials are registered in the stock exchange.

– If a person with the distribution rights is not only one people is not registered in the exchange, it will be acquired directly by the party bags.

– Specials can be bivalent who participated in the party during the waiting time of two minutes immediately purchase and settlement, after which the registration can be purchased in exchange for all the users free of cost.

– The specials sold 1 / N of the gold sold to party members who participated in the party at the time will be paid by mail.

– Distribution rights are given only to party members within a certain distance on the basis of party items acquired at the time of registration.

– Item is registered with specials on the exchange by 2% (up 50%), prices are falling every two hours until the sale.

– Specials of the exchange are not affected by the transaction fees and taxes.

● growing probability of all pension seat is adjusted upward.

● Experience Growth seats pension has been reduced by 30%.

– You can acquire the same experience growth in the existing 30% less material.

● pension seats were charging cost reduction, it has been modified so that you can charge the blood and reagents.

● can be used to duplicate a pension annuity seats seats patron of destruction so that has changed.

For example), destroying three of pension, life annuity seats – can be duplicated

● has been changed to be used with the effect of pension jump seats.

For example) Damage increases both the jump and destroy two effects when used with a pension of three will be applied.

● When a character dies seats pension effect has changed so that it does not disappear.

● The minimum pension level when growth figures attempt seats all pensions has changed.

● Jean is a phenomenon melted down when picking out a piece of copper in the ore has been fixed in later scenes.

● 1 ~ 6 the price of the delivery of the end of the imperial household has been increased.

● analysis of pension youngrong guardian (blue-rare) when the growth of pension colorful guardian seats (general) this coming phenomenon has been fixed.

* Growing success annuity types of seats that can be obtained as follows:

● phenomenon that guides the wrong way in making some alchemy Commission has been fixed.

– Have been added to the slide sides taxes Min, Max displayed.

– Slide regulating% is added on the slide show button.

● The channel change button has been added to the ESC menu.

● If you click the channel where the people appear in the mini-map has been fixed upper channel moves UI to appear.

● channel move the UI have been modified to also closed the ESC key.

● The ability to view the exchange to a registered party distribution list items have been added when the state party.

– Appears when you click the gear-shaped button on the right of their name in the party UI.

– You may find a list of the items that registered party in the current and previous party.

– Items already sold are not displayed.

– The list is automatically updated items such as the purchase and re-open not renew.

● The equipment has changed UI.

● Guild Clan withdrawal symptoms that word is exposed when you open the Guild UI has been modified immediately after sign up.

● has been modified so that you can set the wrath ON / OFF on the black spirits in the UI editing.

● The scale was modified to operate in UI editing functions.

● World map of completed and current base citadel in the manor info / number is displayed in the command post.

● The guild is displayed on the world map when he died the death of the location to other adventurers (up to five).

● ninja character in the Events to celebrate 100 days headdress, [event] Lotus Lantern head shape has been modified so that the decorative items are normally applied when worn.

● The superimposed text is phenomenon that appears when jangbichang repair of the equipment has been modified.

● When the icon is confirmed after re-arrange the storage UI wearing costumes and desorption processing in the warehouse UI unusual phenomenon has been fixed.

● Great Whale teeth earrings earrings tooltip has been corrected in the question of the symptoms that are missing.

● The silver in the confirmation window that appears when you purchase a large amount of items in the store have been modified phenomenon referred to as silver.

● The description of the item has been modified bombs.

● 5-level character development seems to anger the spirit of the black UI have been modified.

● wrong skills when leveling up the character of the warrior prompts the symptoms appear has been fixed.

● recognize the scope of the Close button, quick detachable been extended from the slot.

● dolburi coast elephant is impossible to put a period at the Guild stall phenomenon has been fixed.

● If you are enrolled in breeding males wear the equipment market strength increases this phenomenon is not interbreed been fixed.

● records have been added to the Guild History Guild delegation colon.

● This phenomenon does not appear in the list of donkeys in the registration market town market has been fixed.

● If you have not completed the fort and the command post within 24 hours after the start of the installation have been modified to forced evictions.

● This phenomenon does not find the road of the village shellfish have been corrected.

● If guild members being connected to the other channel is connected status is displayed incorrectly phenomenon has been improved.

● The Guild colon occupied the castle before this phenomenon misspelled as set local tax rates have been fixed when the client exits.

● occupation before / construction of bases around the fort and the command post is not complete, it has been improved to avoid discovery.

● connection immediately after the last UI window when you open a continuous probability compensation box-type items in an open state SPACE enter this unusual phenomenon has been fixed.

● collective phenomenon in which messages are incorrectly displayed when you try to output a large number of laborers are working in construction than the remaining amount of work has been modified.

● If contact is not in a whisper when access has been improved so that the guidance message is output.

● water aboard passenger seat (two boarding horses and elephants, etc.) are applied to the phenomenon of respiration experience aboard characters have been corrected.

● intermittent to reflect changes in the strength of the fort and the command post has been corrected abnormal phenomenon.

● The cursor keys are specified in the active state (ww, aa, ss, dd) is not working properly phenomenon has been fixed.

● Intermittent operation does not complete the final development of Lynch cannon cannon assembly set was corrected in the production workshop.