Why Black Desert Needs a Casino 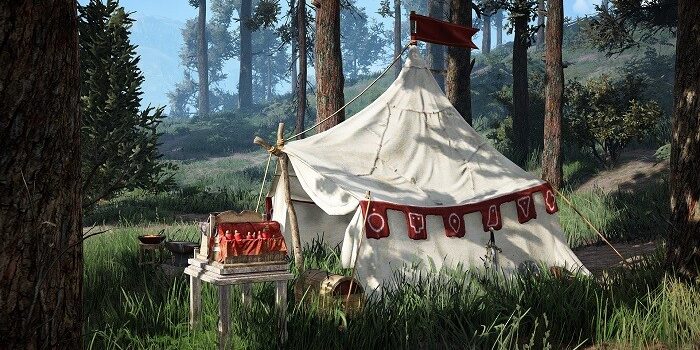 Visitors to Black Desert Online’s Valencia City will have noticed a casino stand, complete with a fortune teller. Sadly, gamers cannot interact with it, which begs the question; should BDO look to incorporate somewhere for players to indulge in mini-games?

Some might say that the whole of BDO is a game of chance, grinding for random rewards which are sometimes worth it, sometimes not. However, whilst those loose comparisons might satisfy some, other online gamers prefer a real game of chance to be built into their experience. Perhaps, it is time for BDO to get its own dedicated casino?

To a certain degree, The Night Vendor is another game of chance, whereby you could bag a great piece of equipment or boss armour for a good price. Of course, it is not a genuine casino experience and whilst the bright lights of Vegas might not fit the game’s themes, a place housing several casino-like games could be. After all, fairs and stalls used to be the places for people to game in Victorian times and those types of establishments would not be out of place in BDO. Also, how cool would it be to be able to hang out with friends there and maybe even have progressive jackpots that increased depending on the number of people using them?

Games of chance within online titles are not unique; a couple of the biggest titles on the market have incorporated them into their offering. Grand Theft Auto’s online casino has several games available, not all of which would be suitable for BDO, but the mechanics would work in pretty much the same way. GTA’s Diamond Casino offers slot machines that are typically three wheels, allowing you to win in-game currency. For something like BDO, a more traditional take on a slot game would be a better fit. And that idea isn’t so farfetched. Far from being all about bright lights, Gala Spins states that the first slot machines appeared at the start of the 19th century before electricity powered gaming machines. Known as one-arm bandits, this traditional aesthetic would certainly work in BDO and fit better with the setting and themes of the game. It would also add an additional element to any in-game casino to make it a more varied and interesting experience.

Red Dead Redemption 2, another strong Rockstar title, offers table games that might also suit the BDO theme. Sitting around one of the camps outside Blackwater playing a hand or two of cards feels much like being in an RPG or MMO, demonstrating the idea could work in BDO. Also, thinking of the excellent Witcher 3, their card game Gwent showed how the ideas could be implemented in a fictional setting. By introducing PvP games and rewards for the winners, BDO could develop a strong community based around casino themes.

Imagine if the casino was put in the snow region, gamers trekking to that area could discover a huge palace full of warmth, friends, unique food vendors and specially tailored mini-games. It might not be everyone’s cup of tea, but it would certainly add an interesting new element to BDO.

While you’re here why not check out another of our latest articles: Tips to improve your Silver per hour when grinding!