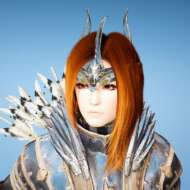 Hi! My name is Sarah and I'm the Founder and creator of BDFoundry. I am 25 years old and from the United Kingdom. I studied Graphic Design at University and taught myself the basics of HTML, CSS and Javascript at an early age. My passion though is gaming and I spend most of my time at a computer either gaming or designing/coding. I started playing Korean MMOs when I was around the age of 10. My first MMO was named “Martial Heroes” and introduced me to a whole new world of gaming, but unfortunately it shut down in 2010 and I wasn't able to find another game that I loved as much as that one, until BDO came along. I've been playing BDO since the OBT in Korea (in 2015) and still play just as much in 2017. Other games I have played include: Tera, Archeage and League of Legends.